“Yesterday I submitted a letter of intent to the Bergen County Republican Organization declaring my intention to seek the party’s nomination as a candidate for the New Jersey General Assembly from the 40th Legislative District,” Robertson wrote. “I am deeply concerned with things in Trenton and the tone of politics on Facebook and elsewhere. So…. I’m running.”

Last year, current state Senator Kevin O’Toole announced he would be retiring from his position in New Jersey’s 40th legislative district at the end of his term. That departure—as well as the departure of district Assemblyman Scott Rumana for a judgeship—has lead to a battle among Republicans for control of the right-leaning district. A slate fronted by Passaic County Clerk Kristin Corrado for Senate and with Assemblyman Kevin Rooney as well as former Wyckoff Mayor Chris DePhillips has already vowed to run.

Robertson’s entrance into the race suggests that another full slate is likely to battle for the spot. According to a source, that state will likely include BCRO Chairman Paul DiGaetano for senate and Joe Bubba, Jr. for assembly. In 1997, Robertson defeated Bubba’s father, Joe Bubba Sr., to enter the state senate.

Robertson is a former board member of the New Jersey State Parole Board, a post from which he is now retired and receives a state pension. In his Facebook post he mentioned that “so many people” have encouraged him to step forward again since his Parole Board departure in 2016. 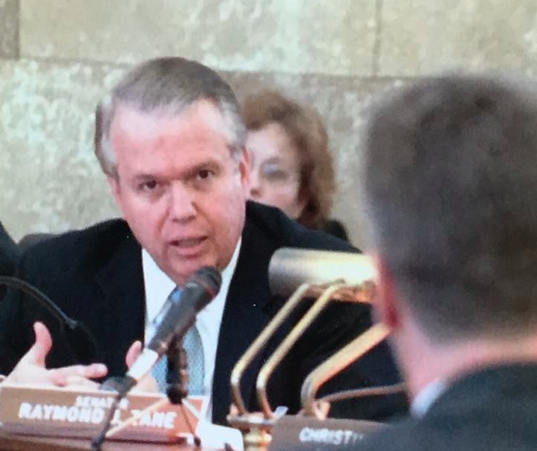