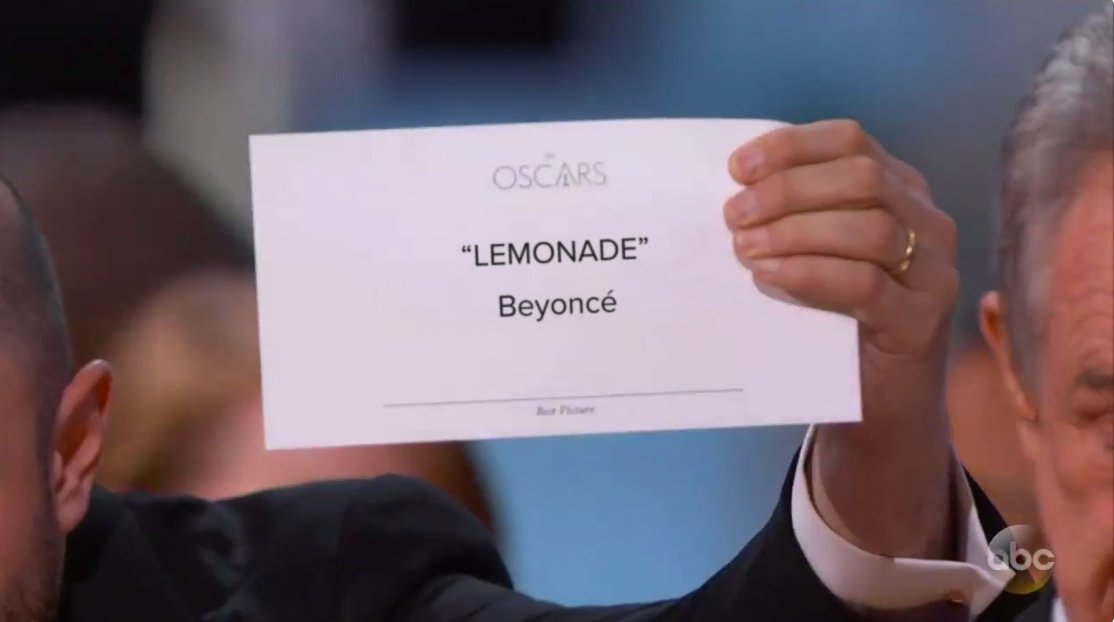 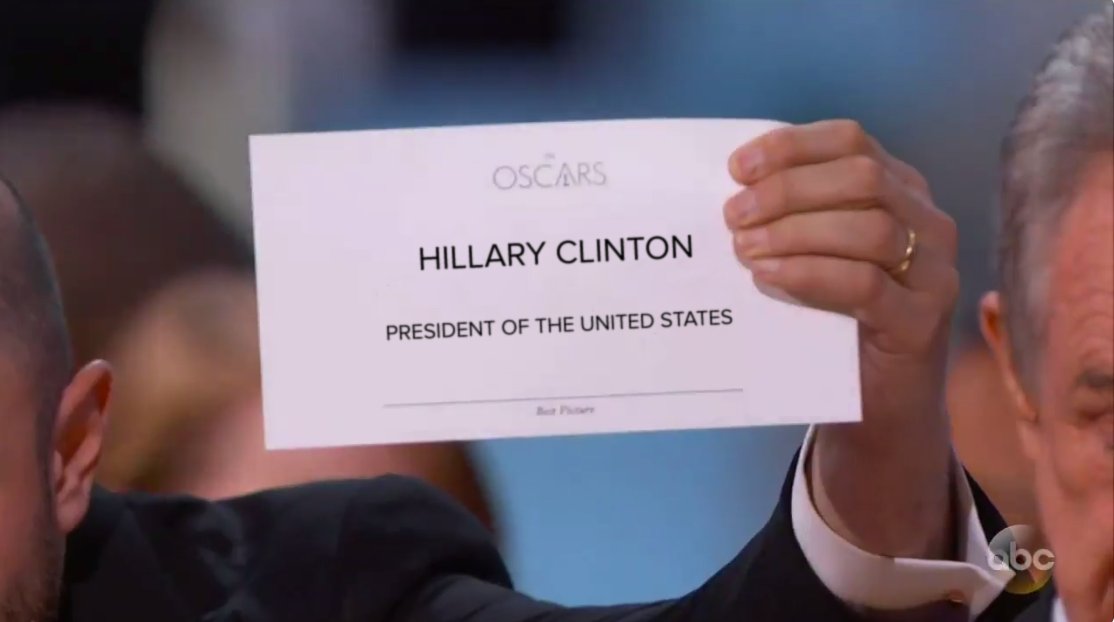 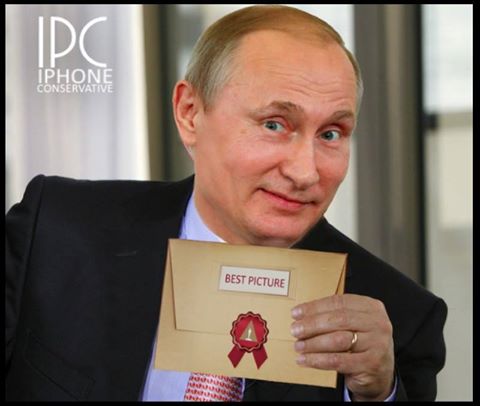 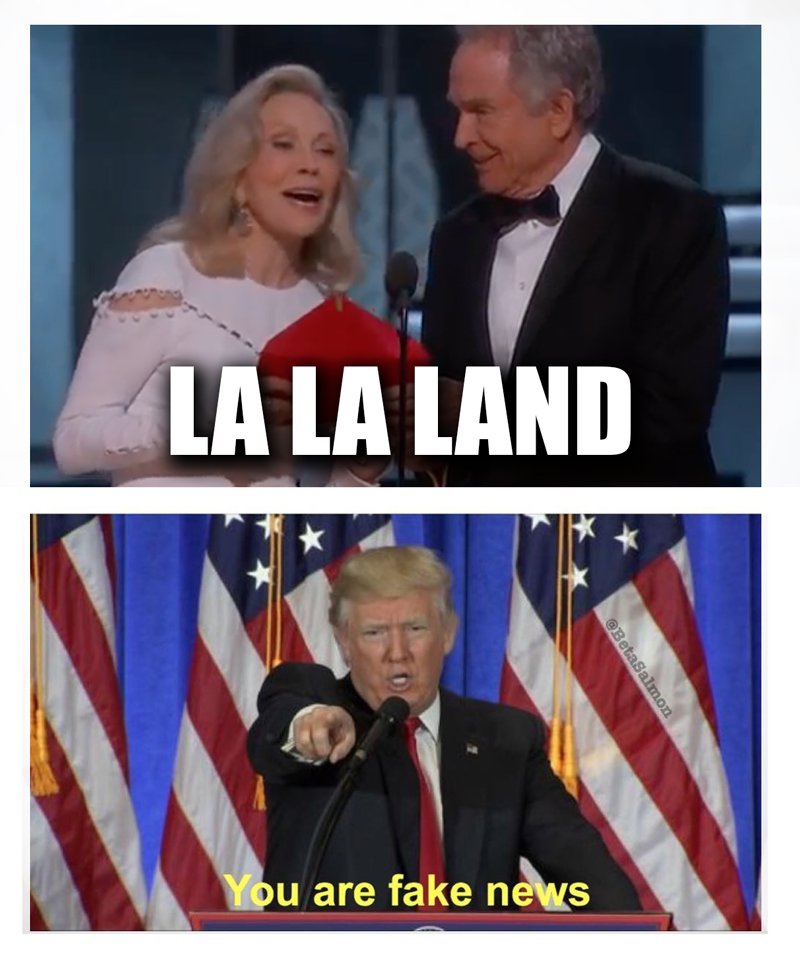 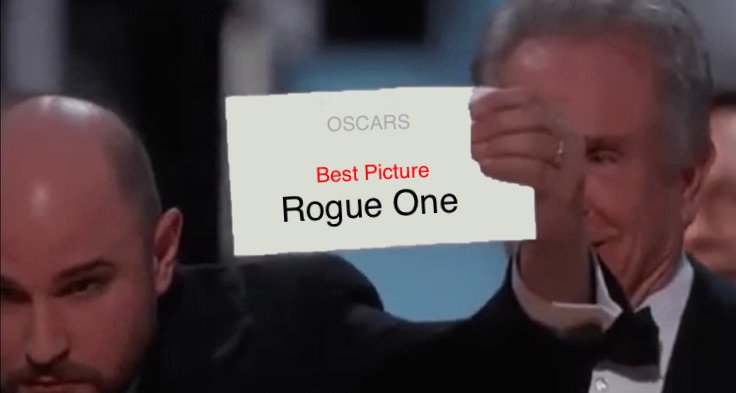 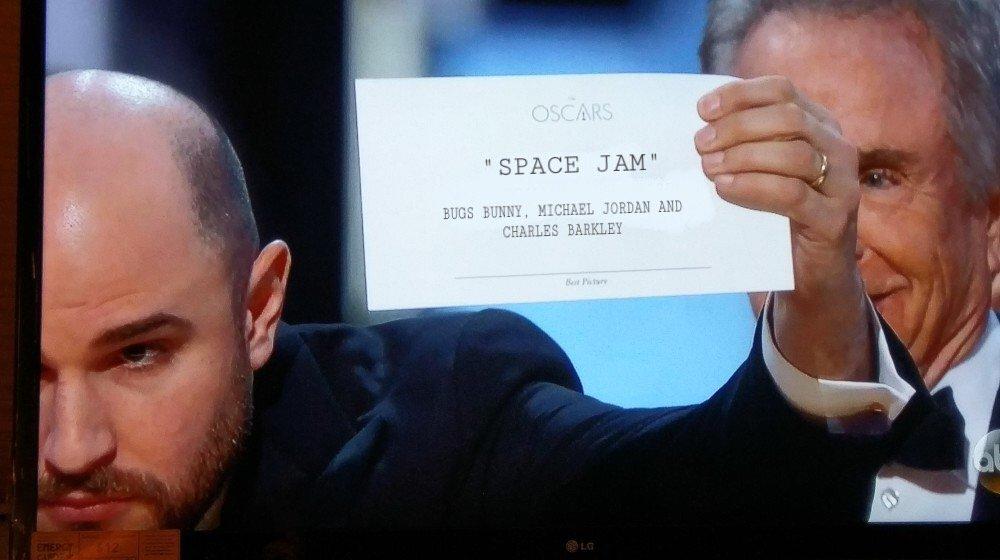 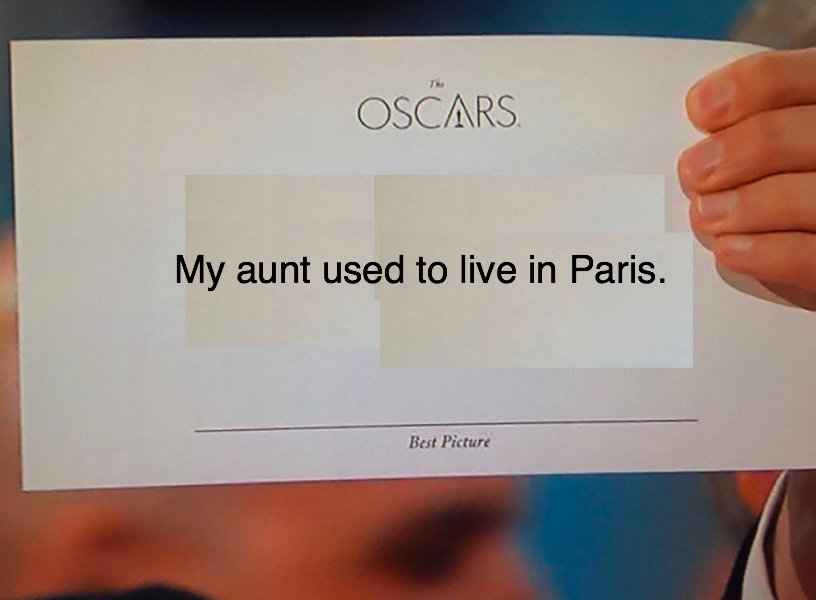 Here's to the fools who dream.
Oscars
Advertisement 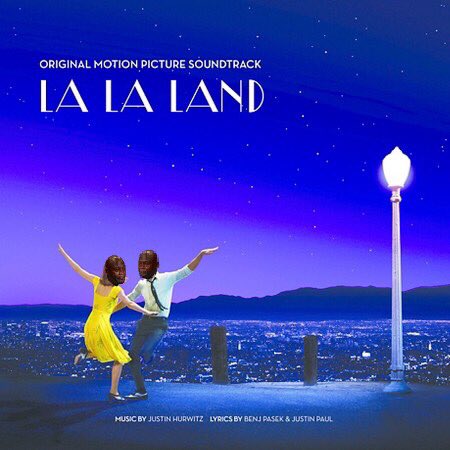 Is this version of 'La La Land' better than the original?
Twitter 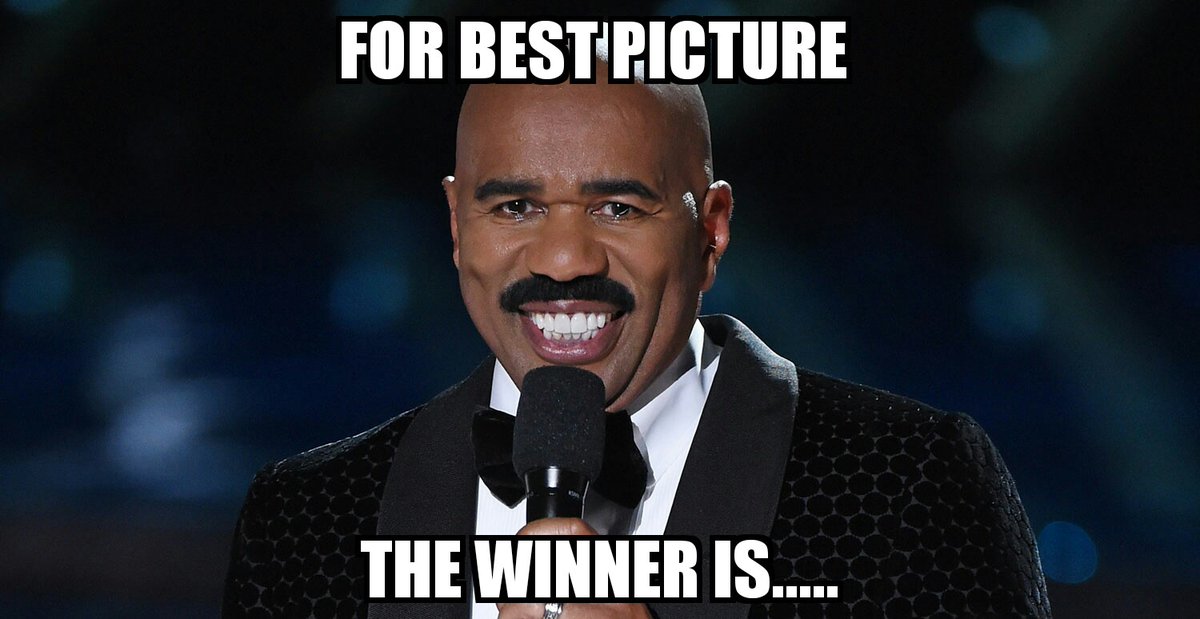 No longer the most embarrassing presenter on an awards show.
Twitter 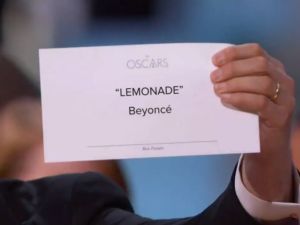 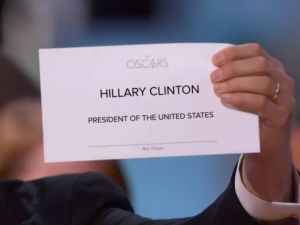 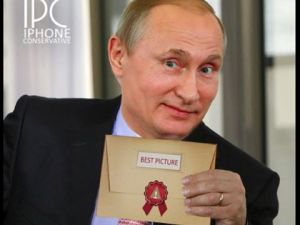 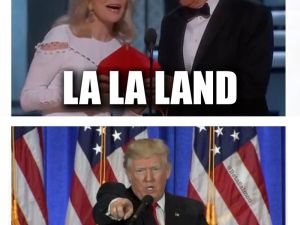 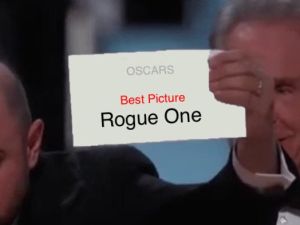 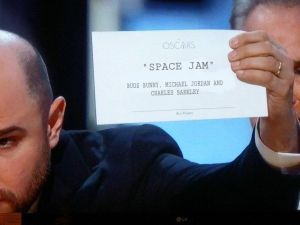 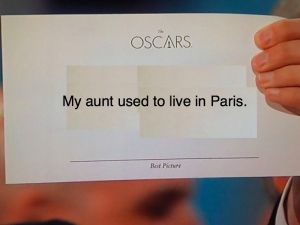 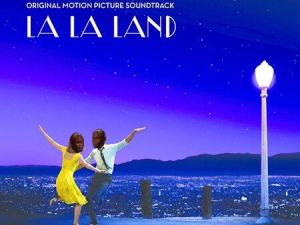 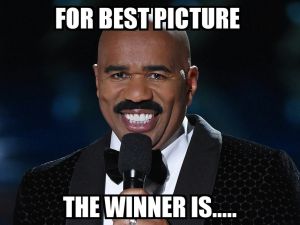 In a scandal that has already been dubbed #OscarsFail and #EnvelopeGate, last night’s Oscars ended with Hollywood legends Warren Beatty and Faye Dunaway announcing that La La Land had won Best Picture, when in fact the winner was Moonlight. La La Land producer Jordan Horowitz ended up breaking the news. (Go here for a full video and explanation of the incident.)

Of course, the internet immediately seized on this viral error to create new memes and Photoshops. Some people took inspiration from the fact that other recent events, including the 2016 presidential election and the Grammy Awards, had also not gone according to plan, while others said the La Land/Moonlight snafu was par for the course in an era of election hacking and fake news scandals.

Flip through the slides above to see how the Oscar fail turned into an Oscar success.