Take a peek at what designers have in store for Fall/Winter 2017, before their designs hit the runway…

Haney: “I have long been fascinated by the iconic Bond Girls. Each one is very feminine but also strong and sexy. Shirley Eaton in Goldfinger is one of my favorites. That particular color gold that was used in the film was used throughout this collection.”

Chocheng: “The AW17 collection is inspired by 1940’s Film Noir and the actresses that starred in them.”

Chi Zhang: “The instinctive imagination of human beings combined with science and technology is the inspiration for the F/W 2017 collection.”

Lela Rose: “Fall 2017 is an exploration of flower fields of fantasy.”

Libertine: “During the dark days we’re going through politically, we’ve managed to build one of the lightest , brightest collections we’ve ever done. It’s a mash up of Romanian Gypsie, Ann Getty interiors, Handel’s “Xerxes” and pop art, mixed up in the way Libertine does best…”

Memérè: “Deeply inspired by the early 19th century French romantics and the charcoal artists of this period, the collection draws upon the juxtaposition of themes such as restriction and confinement of the body, what is not visible and kept hidden while ethereal light and airy moods can appear freely as shown through the watchful eyes of the artist as the cloth drapes around the body.”

Philipp Plein: “Plush fur and sweatshirt fleece for a winter cape that combines luxury and comfort.”

Veronica Beard: “That thing she does, cool and classic.”

Zimmermann: “I have fond memories of conversations with my Grandmother, who I was very close to growing up, and what it was like living in Sydney in the 20’s. The starting point for the collection became a look at the life of female students attending the Women’s College at Sydney University during the time of young women playing sport wearing traditional men’s attire – cricket whites and team blazers – slouchy sweaters, oversized coats. The inspiration for the collection is more about the overall mood around these women, rather than the dress of the period and the time itself.” 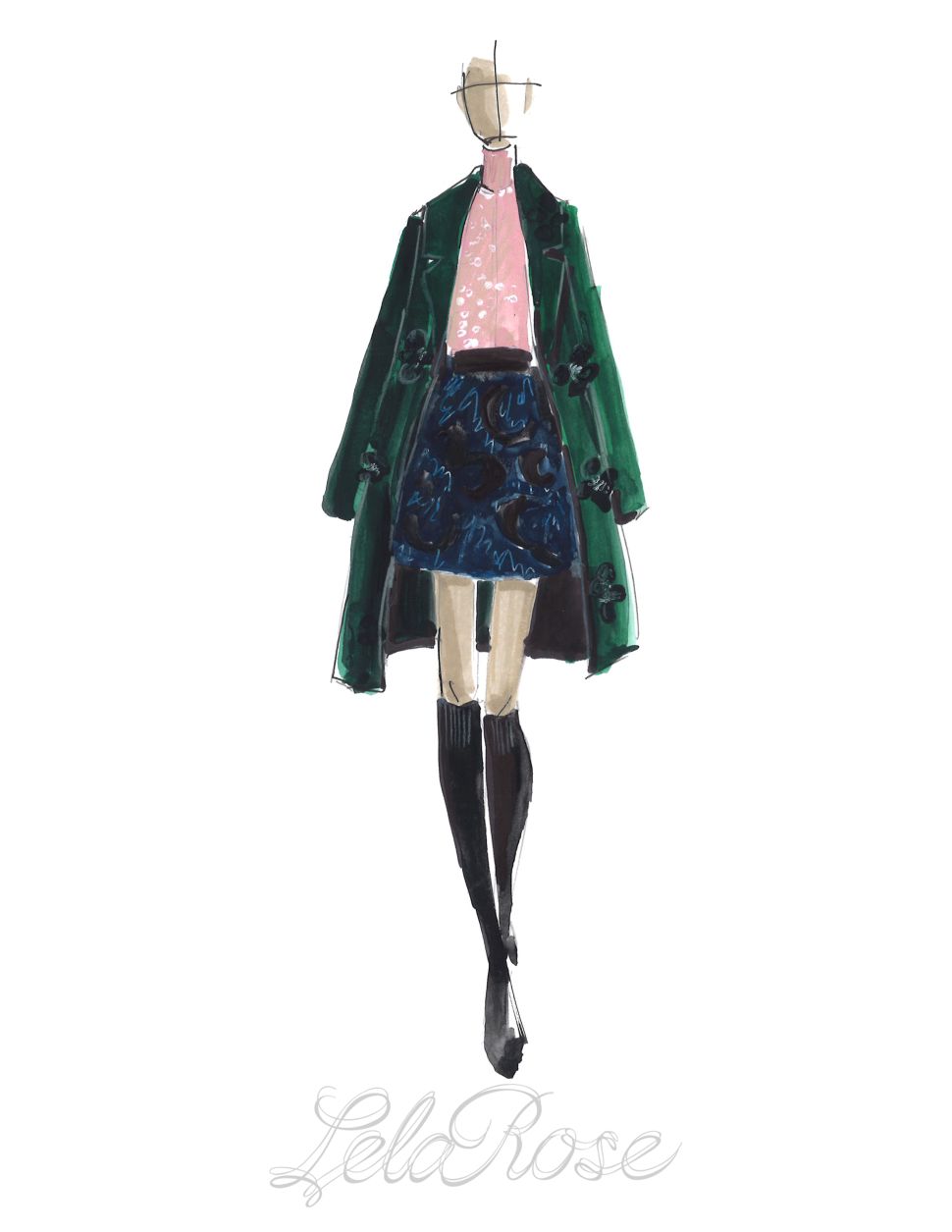