While many world leaders have criticized President Donald Trump’s controversial policies, Pope Francis has mostly been tight-lipped—he issued a brief statement on inauguration day praying that Trump show concern for “the poor, the outcast and those in need” but has otherwise publicly adopted a “wait and see” approach.

Many news outlets took notice earlier this week when Francis tweeted this message:

How often in the Bible the Lord asks us to welcome migrants and foreigners, reminding us that we too are foreigners!

This led to a flurry of stories about the pope “knocking Trump’s immigration policies” and “subtweeting” the president.

But Francis, who tweets frequently and has over 10 million followers, has actually been subtly trolling Trump since the inauguration. While he has never mentioned the president by name on social media, he has shared several messages which are hard not to read as papal subtweets of the Commander in Chief.

For example, throughout the worldwide outrage over Trump’s immigration ban (which 91 percent of Americans oppose), Pope Francis has sent out several tweets seemingly aimed squarely at the Oval Office:

Let us imitate the attitude of Jesus toward the sick: he takes care of everyone, He shares their suffering and opens their hearts to hope.

God wants us all to see one another as brothers and to live as such, forming a great human family that is harmonious in its diversity.

The throwaway culture is not of Jesus. The other is my brother, beyond every barrier of nationality, social extraction or religion.

These themes of diversity are classically papal, but they (along with the “we too are foreigners” tweet) seem radical in the age of Trump.

Even the pope’s followers have begun to take notice, thanking him for “resist(ing) the obscene tangerine” and “being a light and inspiration in a rather dark world.”

Several Trump trolls have also responded to Francis’ posts—one person tried to popesplain by pointing out that “even God believes in extreme vetting.”

But the pope has continued unabated—he tweeted out his latest bit of advice just this morning:

Do not underestimate the value of example, for it is more powerful than a thousand words, a thousand “likes”, retweets or YouTube videos.

This sage counsel seems tailor-made for a president who spends three times more hours on Twitter than in intelligence briefings.

It’s worth noting that this is mostly conjecture, and also a sign of the times—as Farhad Manjoo writes in today’s New York Times, the president takes up so much space in everybody’s mind that it’s almost impossible to look at a tweet or news story and not see a Trump reference.

But whether or not Francis’ subtweets are intentional or not, let’s hope the plugged-in pope has a positive impact on the tweeter-in-chief. 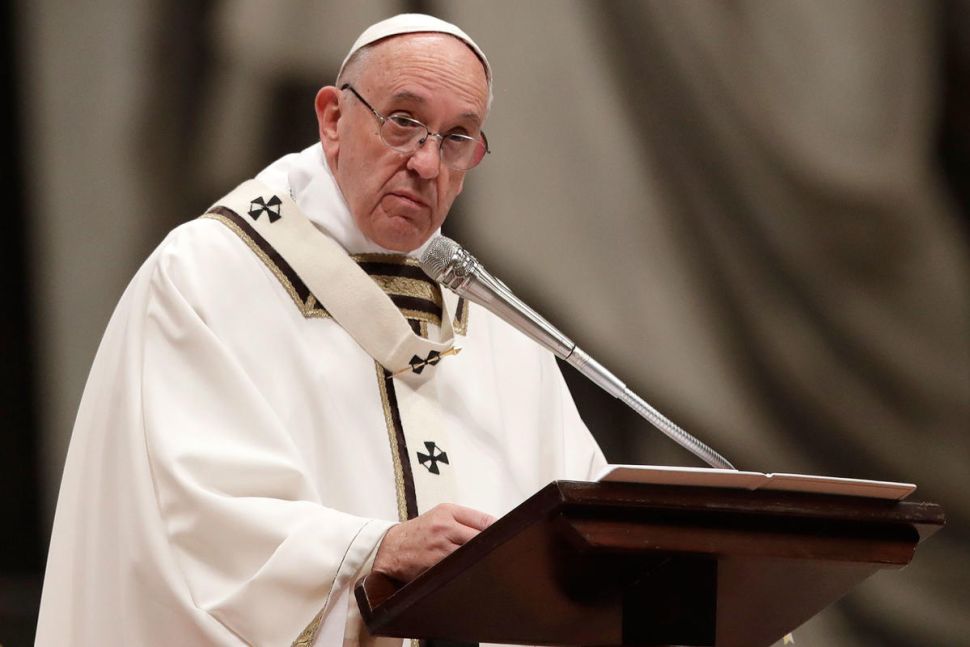