After struggling through the controversial travel ban, President Donald Trump has tried to make peace with the Muslim world by taking a call from Turkish President Recep Tayyip Erdogan. Furthermore, CIA Director Mike Pompeo headed to Turkey yesterday. While Trump’s attempt to reconcile is admirable, he shouldn’t trust Erdogan for these seven reasons.

1) Despite his charm offensive, Erdogan doesn’t actually like Trump.

Currently, Turkish President Erdogan is putting on the charm offensive with President Trump, trying to convince him that the two are really budding friends. However, past experience shows that Erdogan’s nice talk is actually cheap talk. When America’s election was underway, Erdogan threatened to close the NATO base at Incirlik if Trump was elected. Erdogan also threatened to remove Trump’s name from the Trump Towers in Istanbul. And Erdogan saw to it that the Dogan Media Group leader, a close friend of Trump’s, was “detained,” allegedly to get leverage. That’s not how “friends” behave.

Erdogan’s threats against our forces at Incirlik in November were hardly an isolated incident. Earlier in 2016, Erdogan shut down America’s operations from that base, which were targeting ISIS. Blocking our attempts to stop this terrorist group are the actions of an enemy regime, not an ally.

3) Erdogan bombed the Syrian Kurds, the only group helping the U.S. fight ISIS.

Within Syria, only one group has effectively stood up against ISIS: the Syrian Kurds (YPG and PYD). In fact, America’s forces have been arming the Kurds to fight ISIS. Turkey has claimed that the Syrian Kurds are linked to PKK, a Kurdish group accused of terrorism. As a result, every time Erdogan claims he’s bombing ISIS, it’s really the Kurds who are under attack. It’s only a matter of time before American volunteers helping the Kurds come home in body bags, while ISIS runs amok.

As if all of this isn’t enough, Erdogan also blamed America for the failed Turkish military coup, claiming American officers gave signals with dollar bills to attack. This suggestion is ludicrous—America condemned the coup and demanded that the Turkish government be restored to power. By falsely accusing the United States of terrorism, Erdogan has turned the Turkish population against Americans. When I visited Turkey in 2015, Americans were very well received. Now it’s dangerous to be a tourist or to do business in Turkey, thanks to Erdogan’s propaganda.

5) Erdogan hasn’t been doing a good job of stopping ISIS attacks against foreigners.

ISIS’ attacks have increased in recent months, especially those targeting Westerners in Turkey, Europe and America. That’s because Erdogan has blocked American anti-ISIS attacks and blasted the Kurds who have waged war against ISIS. By throwing open his borders to Syria, Erdogan has made his country a gateway to the West. The result has been disastrous for America and its allies.

6) Erdogan’s policies have targeted Israel, our ally in the Middle East.

When the terrorist group Hamas launched rocket attacks on Israel, Turkey helped Palestinians attempt to run the Jewish country’s arms embargo. Hamas even personally thanked Erdogan for trying to shut down Israel’s blockade. Those on a ship running the embargo attacked Israeli forces trying to board the ship to inspect the cargo, leading to casualties. Erdogan sought sanctions on Israel for defending itself, costing the Jews one of their few historic allies: the Turks.

7) Erdogan is targeting the most pro-American Muslim cleric alive.

Erdogan will demand the extradition of Muslim Cleric Fethullah Gulen, who has been living legally in America in Pennsylvania since 1999. Erdogan is trying to use Gulen as a scapegoat for the President’s unpopular policies and management style that precipitated the military coup. While Gulen and his supporters have used their own money buy ads to condemn every Islamic terror attack from 9/11 to Charlie Hebdo and the Paris suburbs, Erdogan’s commitment to the war on terrorism is severely lacking.

Trump Needs To Be Wary Of Erdogan

For Trump, at best, Erdogan is a fair-weather friend, who will only aid American foreign policy as long as he benefits. At worst, Erdogan is an enabler of ISIS and no friend of the United States. President Obama learned this the hard way; he started his presidency with an open hand toward the Turkish President and ended his term being accused of orchestrating a coup, while ISIS grew in power. Hopefully, Trump will learn from Obama’s mistakes. 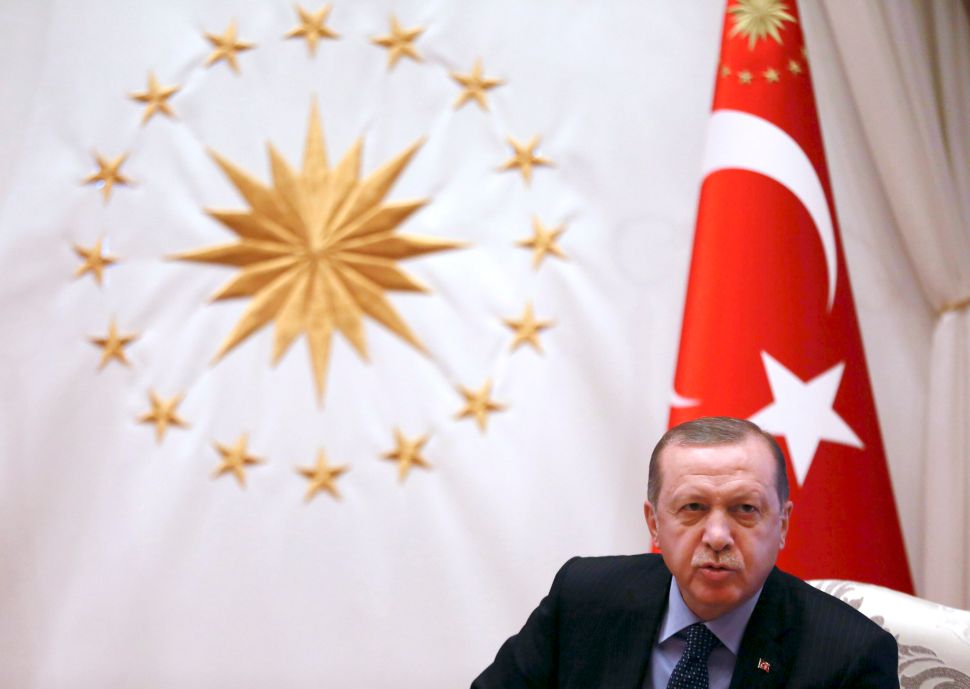