Yesterday was the biggest day of the year in advertising. Superbowl ads get buzz leading up to the game and sometimes great ones drive chatter for days or weeks after. The public seldom treats digital ads with that kind of anticipation. In fact, ad blocker use has shifted from a personal preference of the tech savvy to a global boycott.

Mark Pritchard doesn’t blame web users for turning to ad blockers. “We’ve seen an exponential increase in… well… crap,” he told the Interactive Advertising Bureau’s 2017 Leadership Meeting. Pritchard oversees brands at the consumer products company, which includes household names such as Tide, Crest and Gillette, and he’s tired of waiting for digital advertising’s ecosystem to grow up. It’s had more than 20 years, he said. It’s time.

Obviously, the company selling some of the biggest laundry detergents and toothpastes in the world commands a lot of power in the advertising space. It spent $7.2 billion on advertising in 2016, according to its annual report. Pritchard told the IAB that the digital media supply chain needs to grow up in the way television did long ago. If publishers refuse, they’ll lose out on P&G’s ample advertising budget (and where it leads, similar companies are likely to follow). In a video from the IAB that went up on YouTube last week, he laid out a five point plan that P&G has undertaken to reform the industry. He invited his peers on the ad buying side to join his company.

Here’s what P&G now does to press reform:

Every tech company that sells ads wants to be treated as its own special snowflake, with its own way of measuring its effectiveness. Viewability means, “Did it make it onto the screen where human eyes can see it.” Pritchard doesn’t have any patience for trying to compare results on Twitter to results on Facebook anymore. He wants one standard that cuts across every platform. It doesn’t have to be perfect

We recently reported on public radio’s effort to establish a standard about what a “download” means for a podcast episode.

Only buy from companies that implement accredited third party verification.

“We need an objective impartial judge to perform the measurement,” Pritchard said. In TV, that’s Nielsen. His company is no longer willing to accept publishers self-reporting viewability results. The conflict of interest is too obvious.

And we know that Facebook screwed up a bunch of reporting last year, because it admitted to at least some mis-reporting. Who knows how severe it has to get before a company comes clean? Last Fall, Mashable reported that advertisers generally shared Pritchard’s dissatisfaction with self-reporting in digital.

Pritchard told a story of bringing precisely this concern with an unnamed tech company, who told him that his competitors had been “leaning forward” into a future-oriented way of doing business (we can’t help but suspect that that Pritchard emphasized that phrase as a clue to the company he was talking about).

Big companies like P&G don’t usually make all the buys in their ad campaigns. They turn the specifics over to agencies that sort out the details. Have you ever heard an ad for a giant company on a tiny radio station in the middle of nowhere and wondered who at that big company thought about that little station? No one did. An advertising agency did it for them.

In digital, it’s becoming clear that many of these agencies get kickbacks from places that publish ads. This causes P&G to doubt its agencies are really making the optimal choices for placing its creative work.

It’s not all bad news for ad agencies, though. The company is also assessing whether it should pay agencies more so they don’t feel the need to look for kickbacks.

No one has ever clicked on a print ad. Because people can click on digital ads, publishers often get paid based on engagement rather than impressions. This has led to a criminal economy where fake sites publish and fake people click. “Criminals prey on big money,” Pritchard said. When a lot of money swirls around in a complex and opaque system, that makes for an especially easy mark for ne’er-do-wells. P&G pointed at the Trustworthy Accountability Group as a solution for advertisers to ensure that ads get seen by real humans.

P&G will vote with its dollars.

“These are the steps we expect,” Pritchard said. “We were work with and buy media only from those companies that comply.”

He went public with these commitments at the IAB meeting, but P&G has been giving this message to partners privately for roughly the last year. They’ve had time to get on board.

Every advertiser will do better, he argued, if companies compete on product quality and creative work rather than trying to eke out a special angle as technology changes. In fact, he contends, companies like his are ill equipped to find those tricks. Online criminals and fraudsters, however, are great at it.

Correction: A previous version of this story incorrectly referred to the IAB as the “Internet Advertising Bureau.” Updated February 7, 2017 10:23 AM. 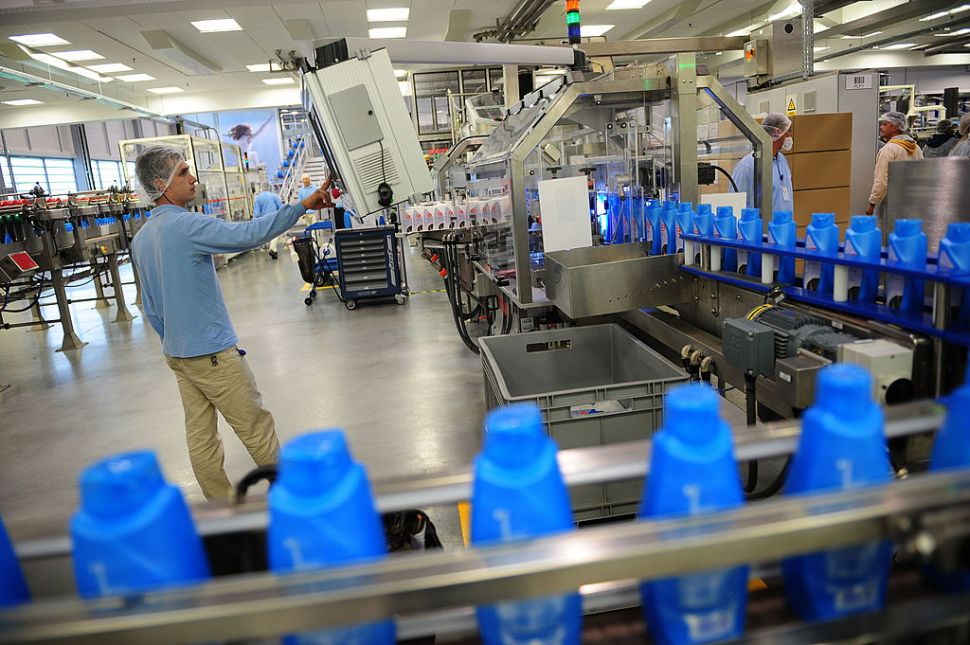