City Council Speaker Melissa Mark-Viverito used her final State of the City address to pledge a sharp left turn in response to the ascendance of President Donald Trump—including new public expenditures to educate undocumented immigrants and their families about their legal options given new White House deportation policies.

Speaking at the Kings Theatre in Brooklyn, Mark-Viverito recalled the legacy of those who came to the city from foreign lands—”immigrants: they get the job done!” She promised new legislation that would deny federal immigration agents without warrants access to city schools, social service offices and sections of city buildings not open to the public.

Under the speaker’s plan, areas that the public does have access to would have to feature multilingual “know your rights” bulletins—while public schools will host bi-annual information seminars for undocumented parents.

“We’ll arm parents with the knowledge they need to protect themselves and their children in school,” the speaker pledged.

According to the American Civil Liberties Union, even noncitizens residing in the U.S. without authorization retain the right to remain silent in the face questioning, and to deny Immigration and Customs Enforcement personnel access to their homes in the absence of a warrant.

The speaker’s proposals also include a dramatic expansion of the mayor’s Office of Immigrant Affairs. Among its new tasks will be to coordinate with the Office of the Civil Justice Coordinator—another Mark-Viverito brainchild—to determine the “legal service needs” of people without proper paperwork.

The office, in Mark-Viverito’s vision, will also establish an Immigrant Family Resource Center in each borough. These centers will function as information depots, where the relatives of those detained or deported by ICE can seek advice, services and legal referrals.

“We will not abandon our immigrant communities. They are members of our New York family. And we will continue to fight for their rights, safety and security. This is who we are,” Mark-Viverito vowed. “When others close borders, we build bridges. We resist. We fight.”

The NYPD and city Department of Corrections already refuse to honor most federal requests to keep individuals lacking proper paperwork in their custody. Under the speaker’s plan, the Council will pass legislation extending those noncompliance statutes to the Department of Probation.

Mark-Viverito also envisioned a bill that would explicitly forbid local law enforcement from coordinating with the federal government to take immigration-related actions. The city will also look to downgrade penalties for disorderly conduct—effectively superseding state law—in order to prevent exposing individuals arrested for the offense to federal apprehension and expulsion.

The speaker framed her address as a counterblast to a wave of ICE arrests that netted some 680 undocumented immigrants nationwide, more than 40 of them in the New York metro area. Those actions followed executive orders Trump signed that expanded the number of undocumented immigrants targeted for deportation, allowing ICE to arrest any person without paperwork accused of any crime, even if not convicted or charged with a minor or nonviolent offense.

“Threats of mass deportations risk undermining the safety, stability and economic growth we’ve fought so hard to achieve,” Mark Viverito, a Puerto Rico native said. “It would tear families apart, and would do nothing to improve public safety. The familiar faces on your morning commute. The family who owns your favorite diner. The young girl who plays with your daughter at school. These are the lives that would be destroyed.”

Mayor Bill de Blasio, meanwhile, has vowed to lodge a lawsuit against any attempt by Trump to honor his promise to sever federal funding to sanctuary cities like New York. 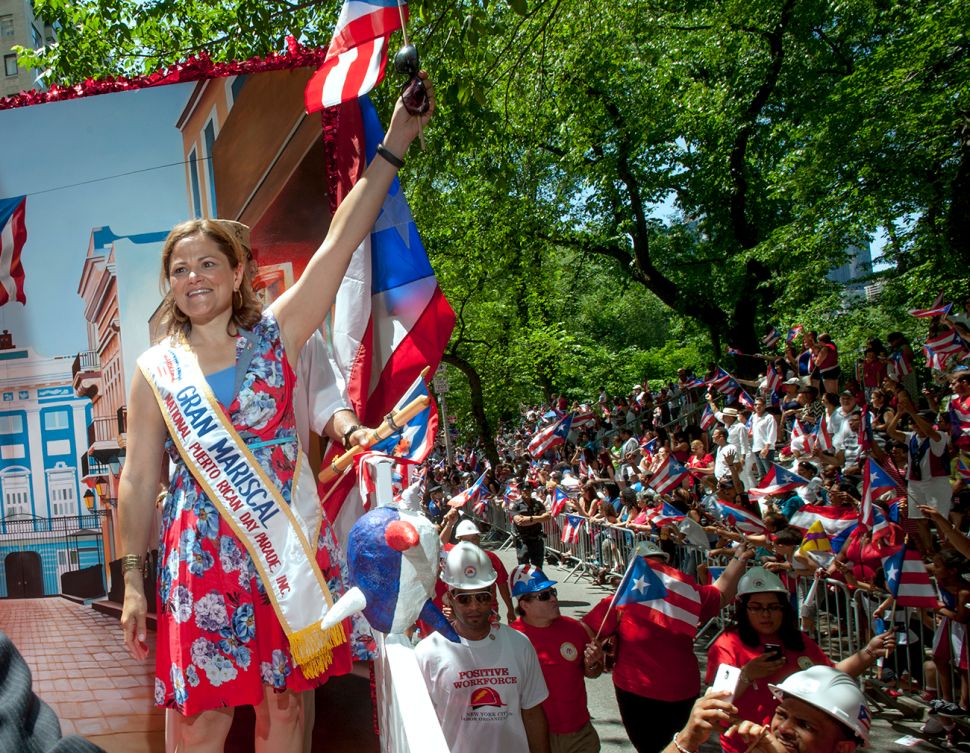