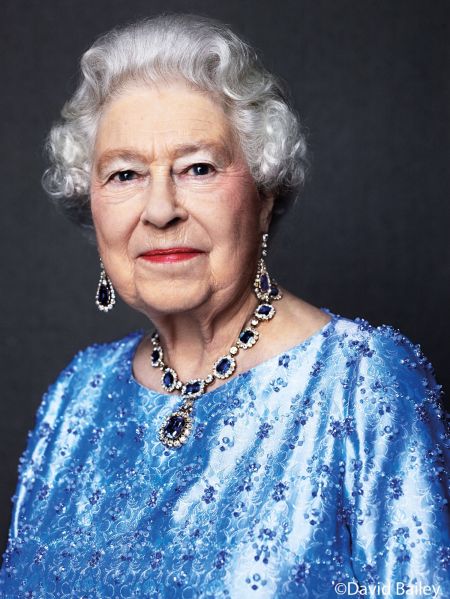 It’s an understatement to say that today is a big day for Queen Elizabeth II. February 6, 2017 marks 65 years since she acceded to the throne, making Queen Elizabeth the longest reigning royal in the history of the British monarchy.

Of course this monumental occasion is marked with an official title: the Sapphire Jubilee. Naturally the queen released a new portrait, just in time for the occasion. In the photo, which was posted on the Kensington Palace Twitter feed, the 90-year-old royal wears an impressive amount of sapphires. In fact, the matching necklace and earring set were a wedding gift from her father, King George VI.

The necklace was purchased by the late king from Carrington & Co in 1947 and it originally featured eighteen emerald-cut sapphires, each of which was surrounded by a cluster of diamonds. In 1952, the queen altered the necklace, removing four of the stones; seven years later she converted the largest of those sapphires into a pendant for the necklace, which can also be removed and worn separately as a brooch.

Though this portrait was released today, it was taken in 2014 by lensman David Bailey.

And this photo was hardly the only celebration to commemorate the Sapphire Jubilee. There was a 41-gun royal salute at Green Park in London and a 62-gun salute at the Tower of London, in addition to the release of a five pound stamp and a slew of jubilee coins. The Queen did not participate in any of that action, as instead she chose to spend the day at her private estate in Norfolk, Sandringham. 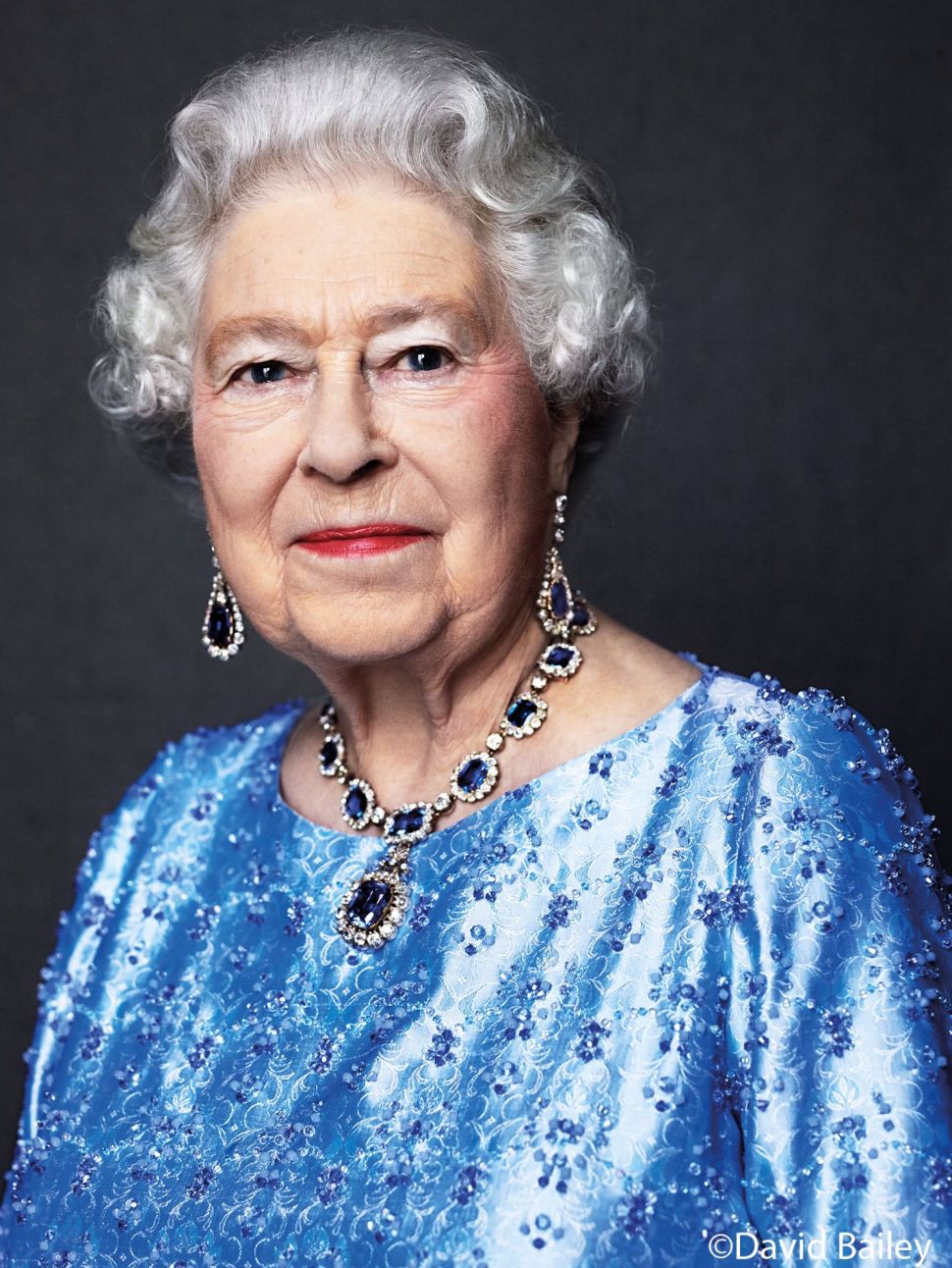