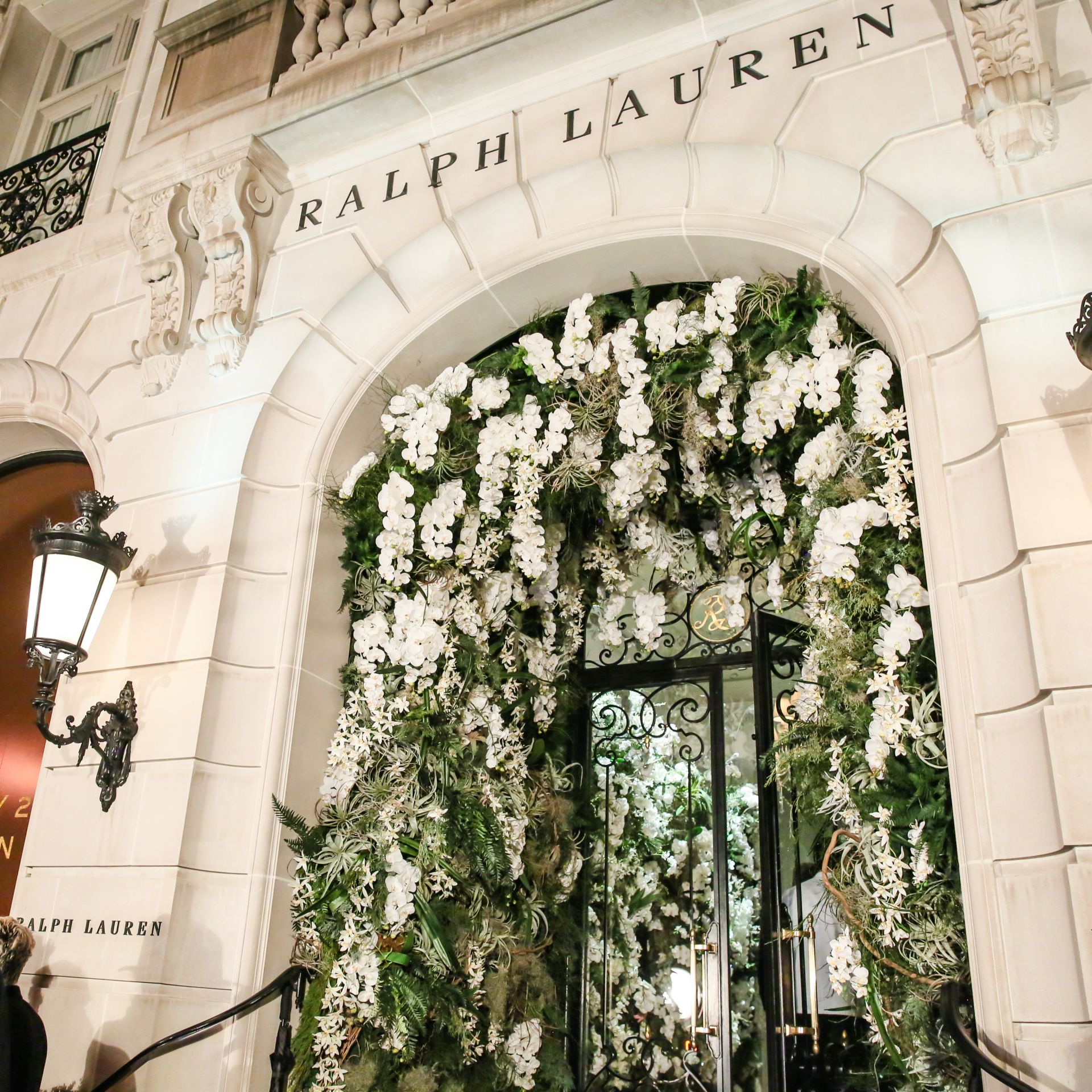 Even the entrance of the store was covered in flowers.
Courtesy Ralph Lauren 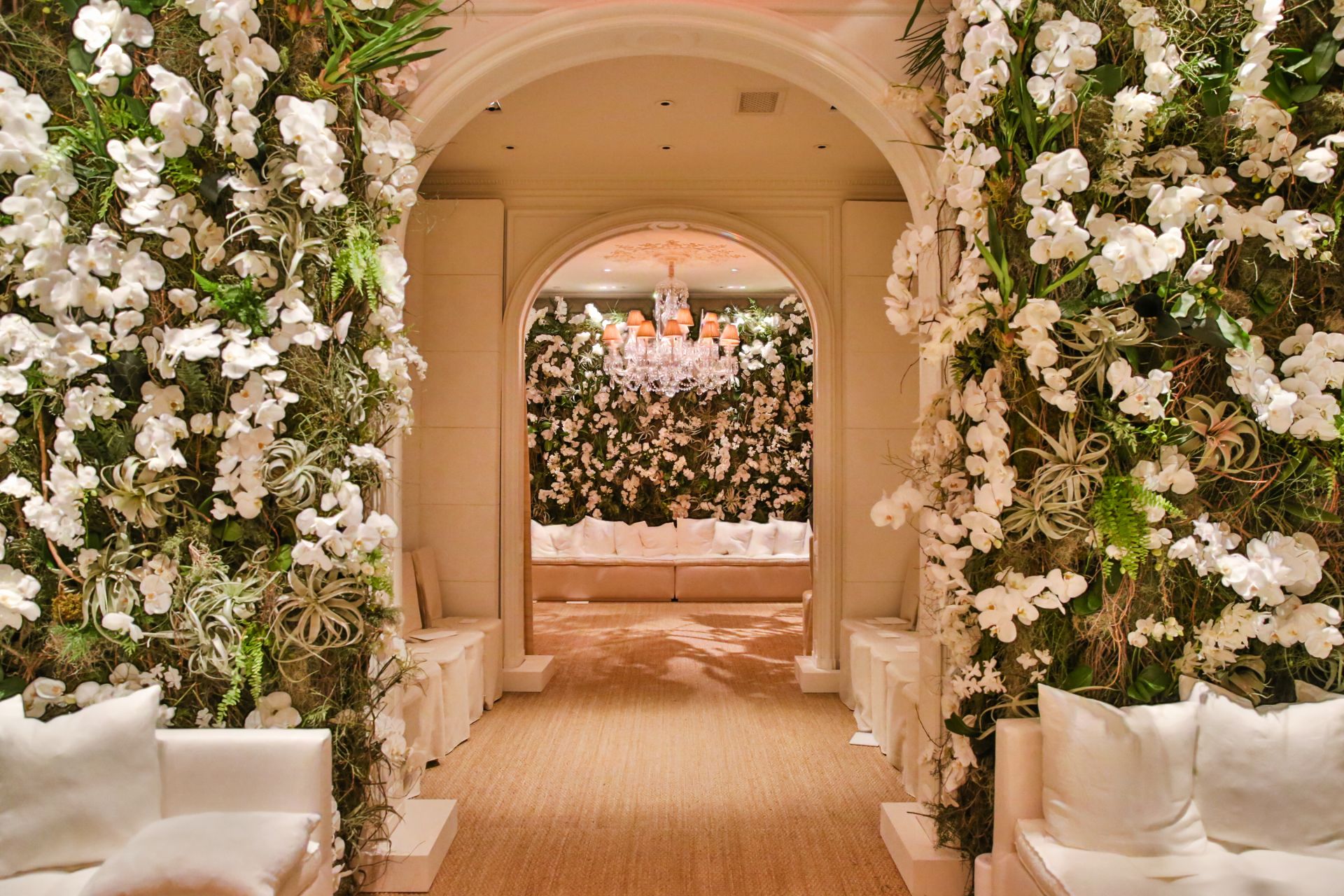 The seating at the show was very intimate.
Courtesy Ralph Lauren 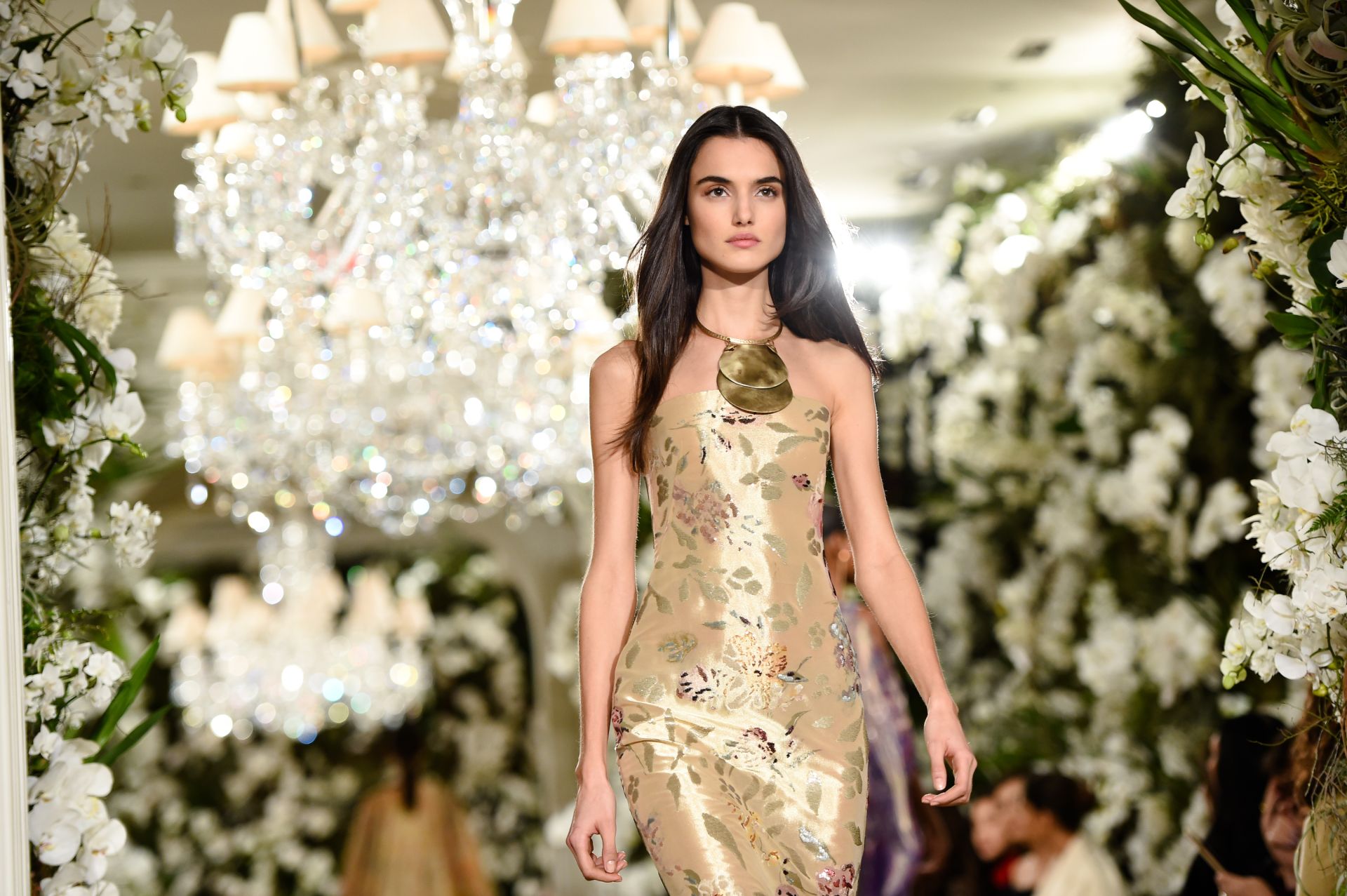 The chandeliers were a nice touch.
Courtesy Ralph Lauren 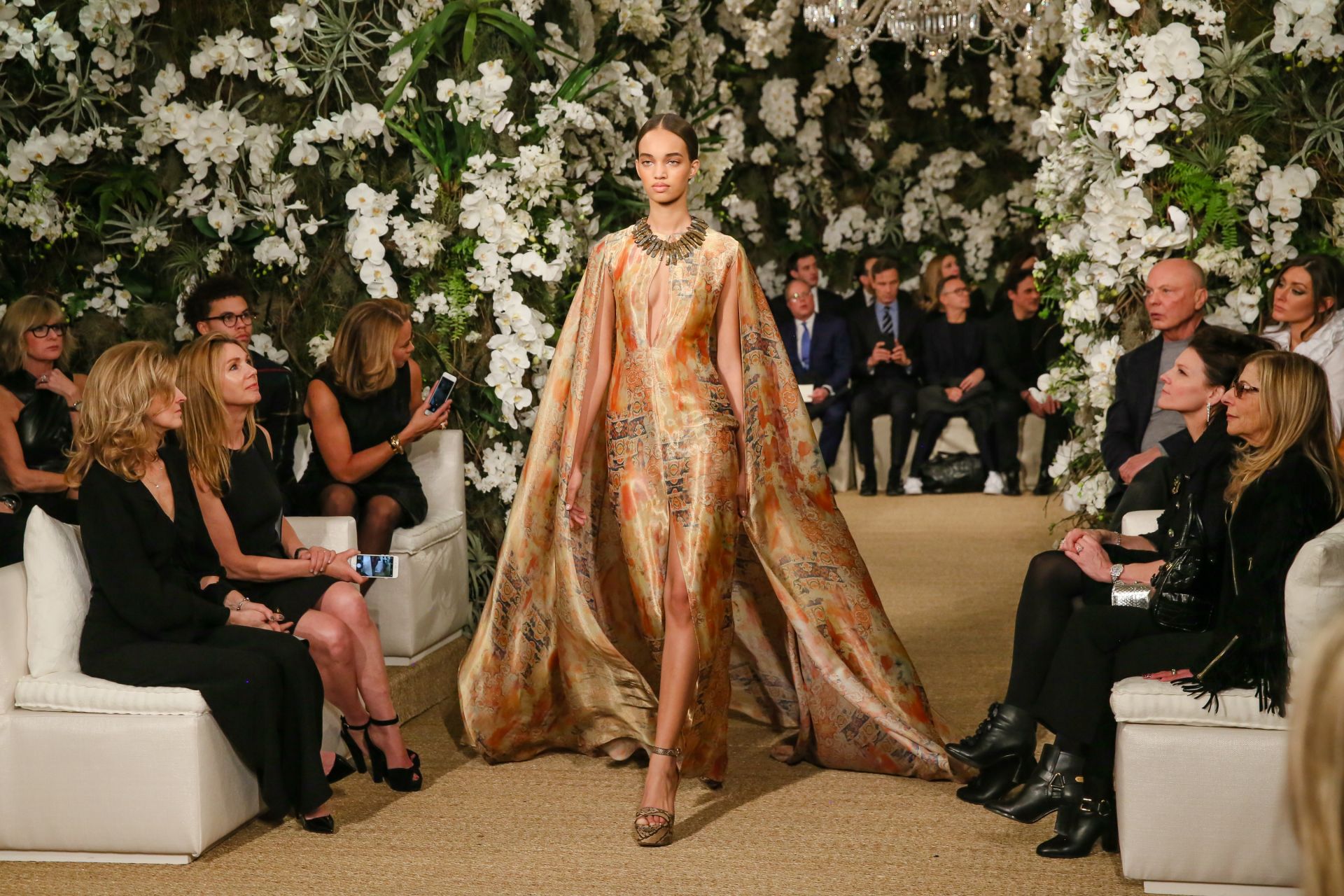 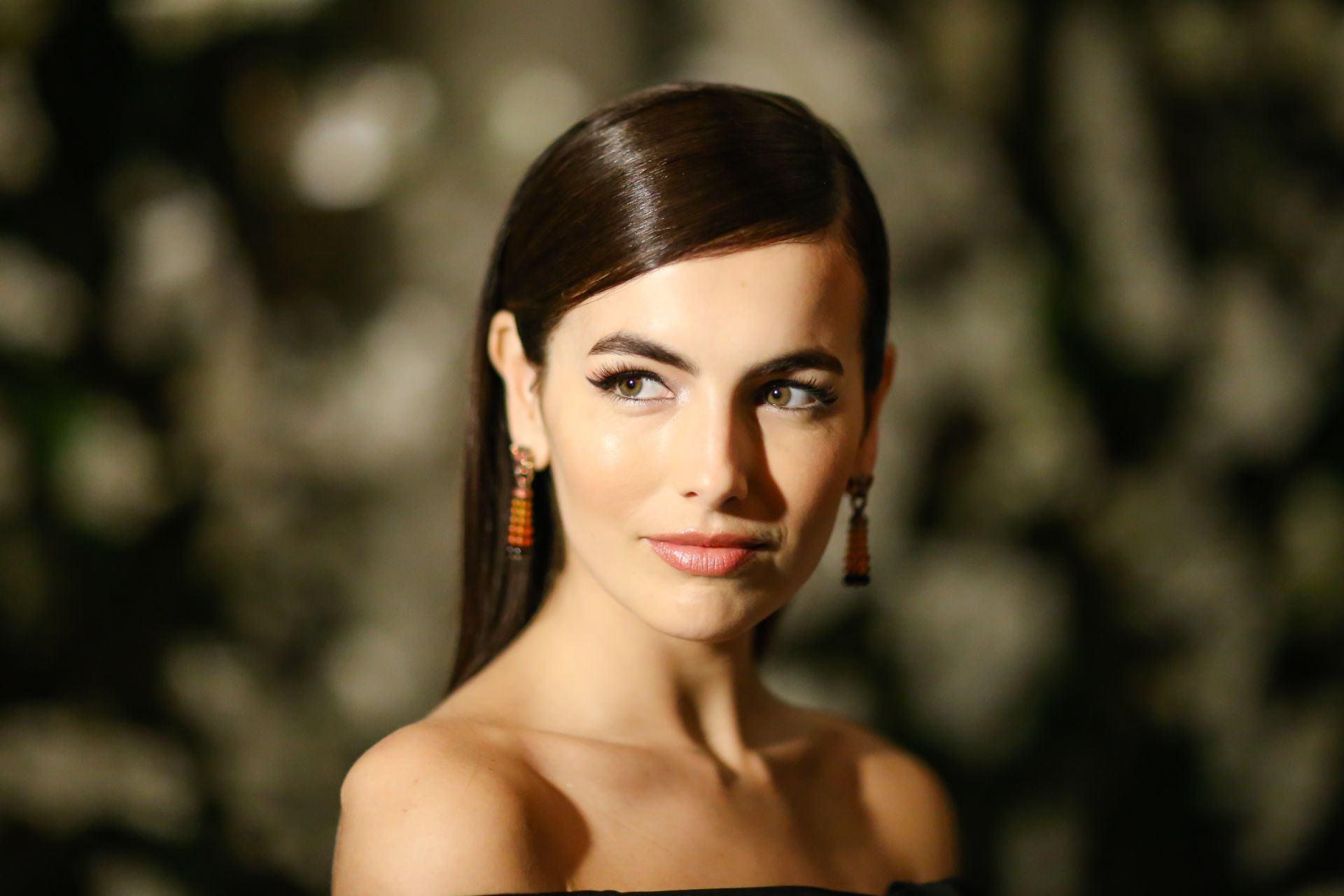 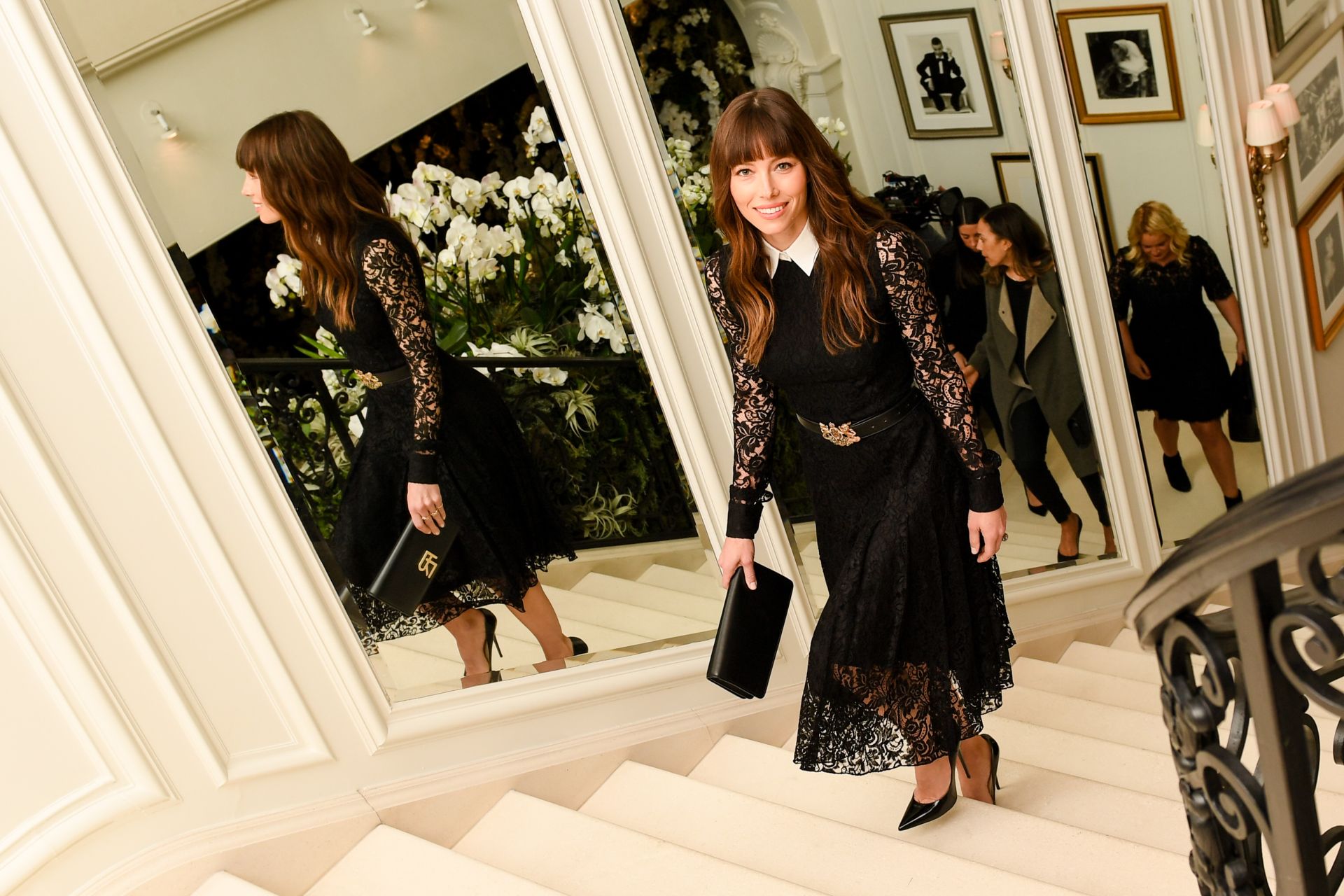 Jessica Biel was on hand to look at the flowers...and the clothes.
Courtesy Ralph Lauren 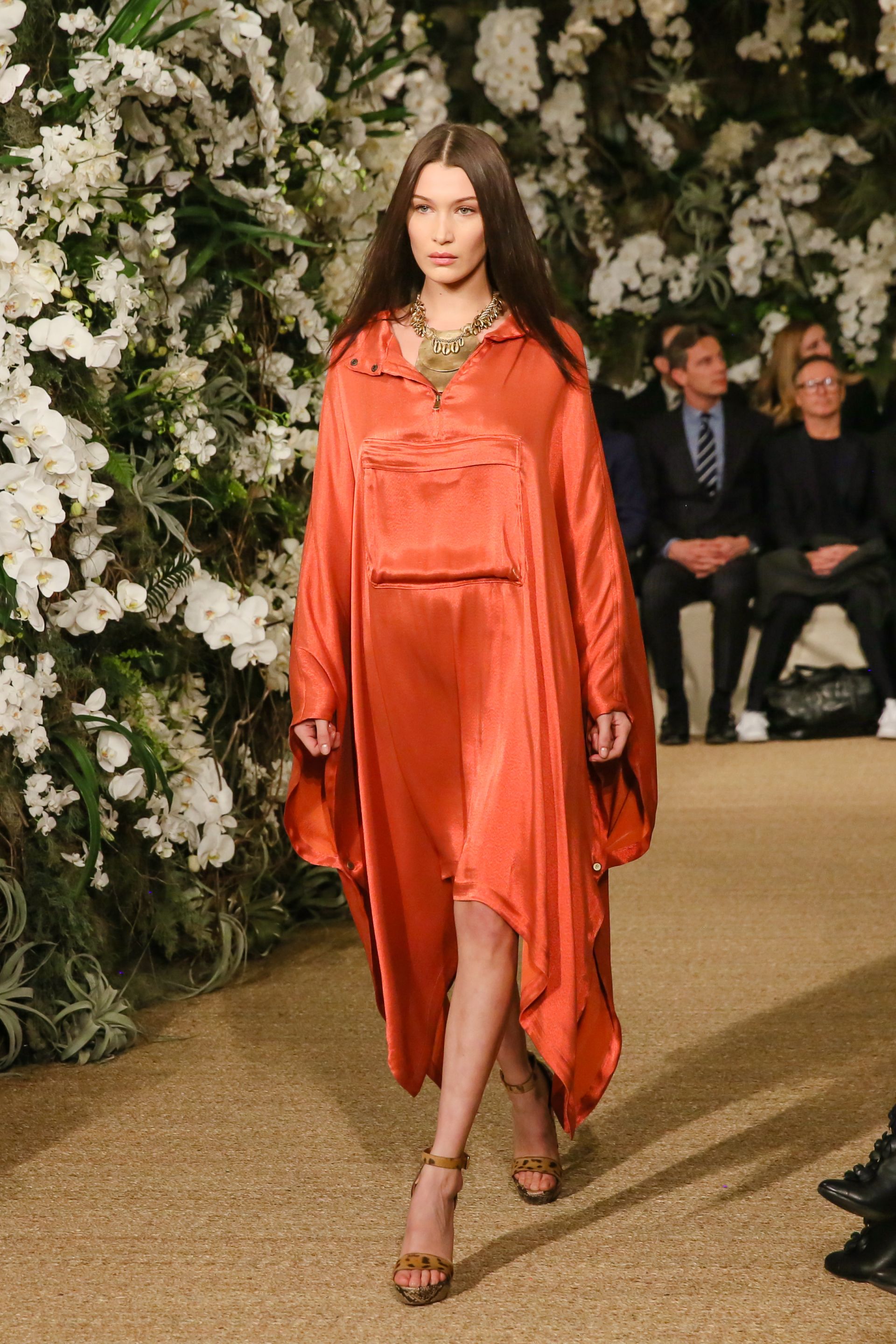 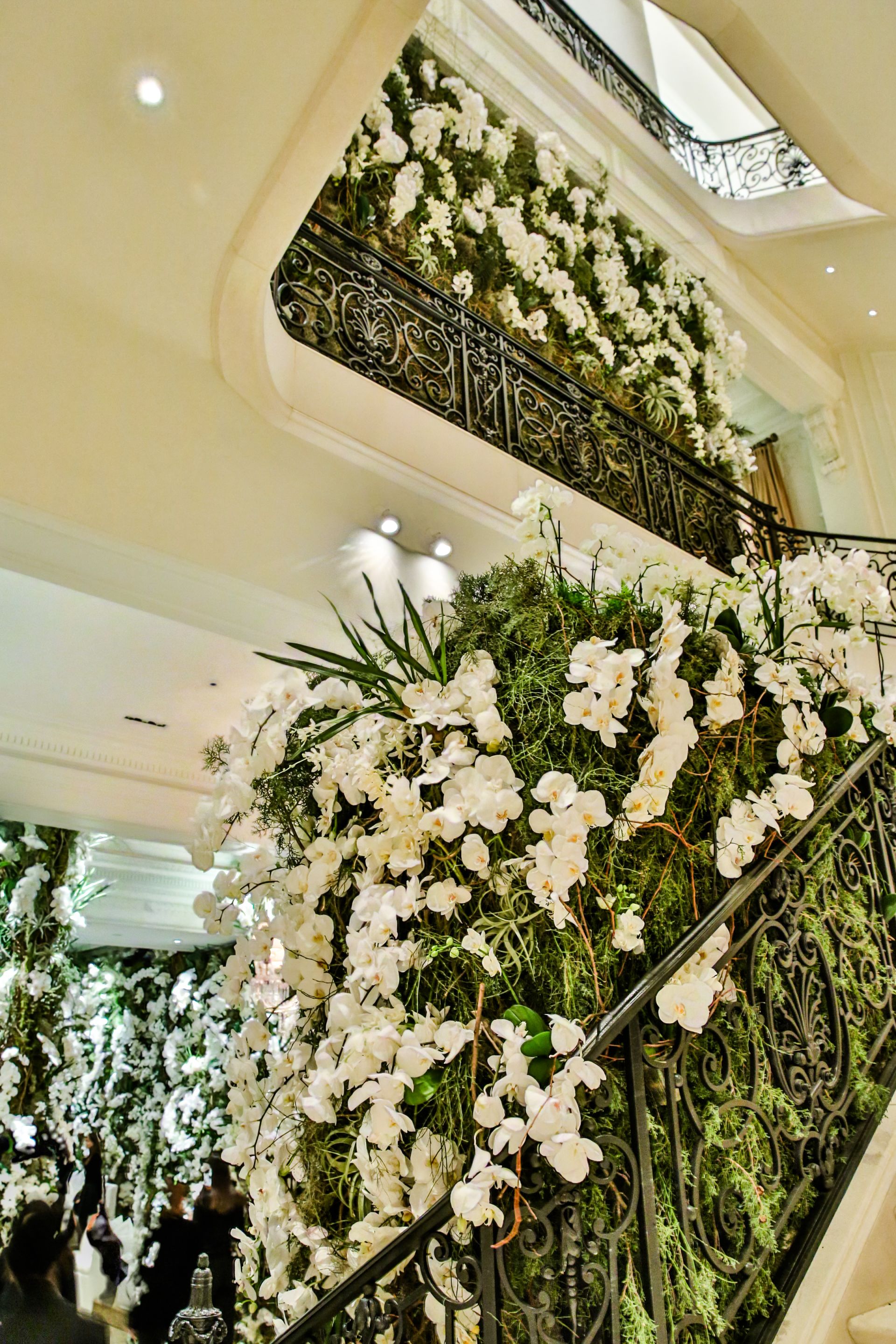 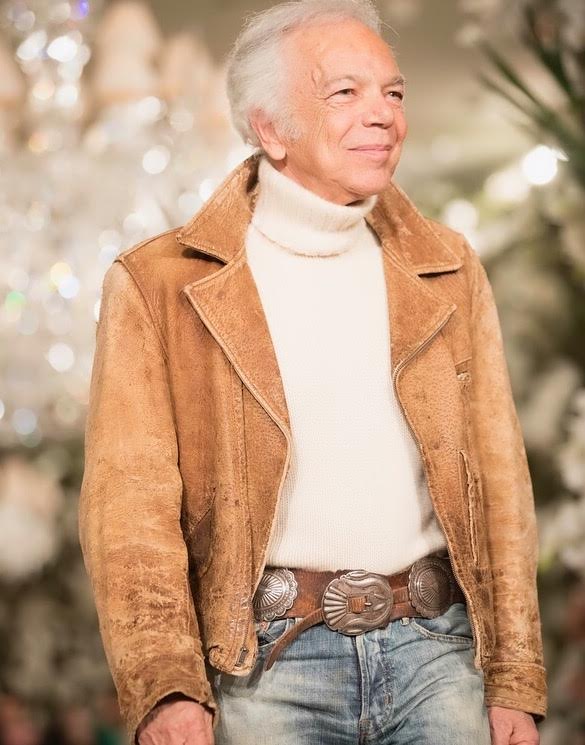 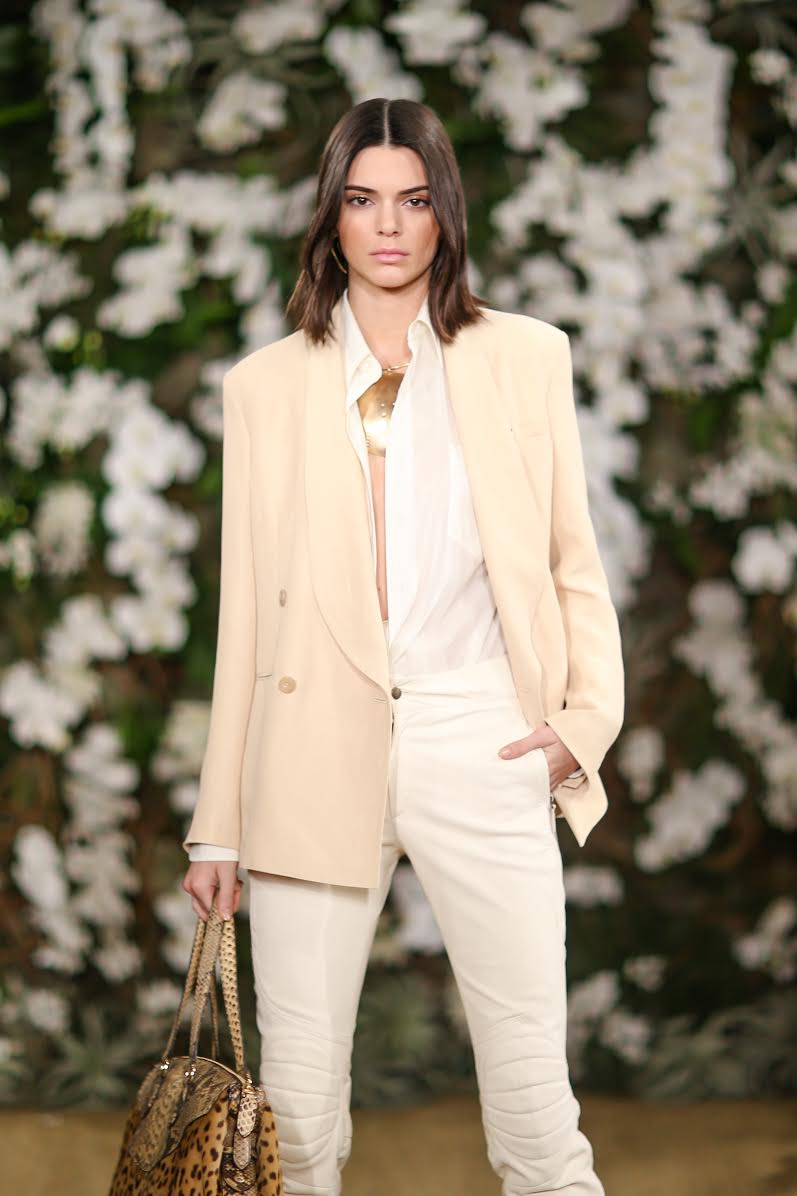 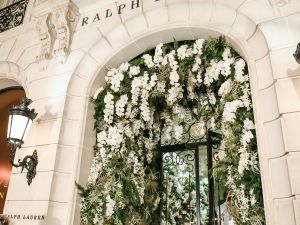 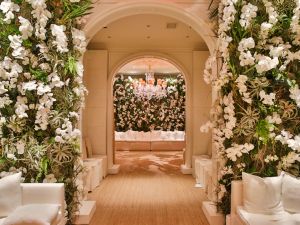 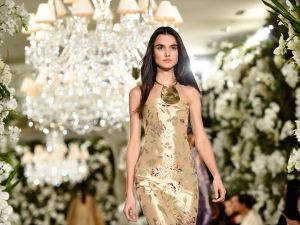 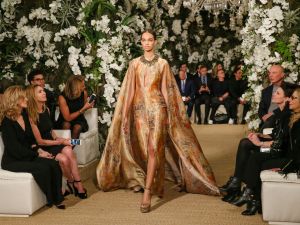 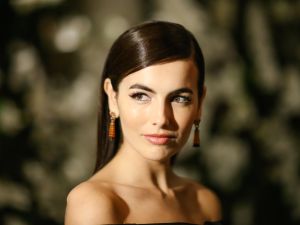 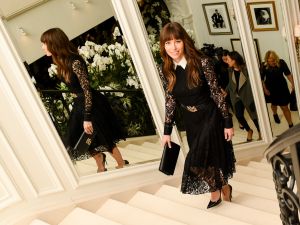 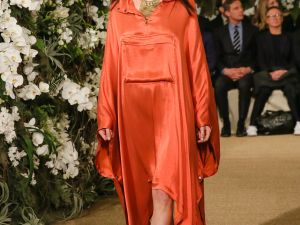 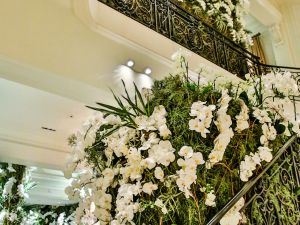 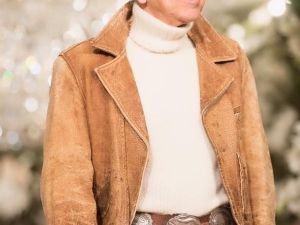 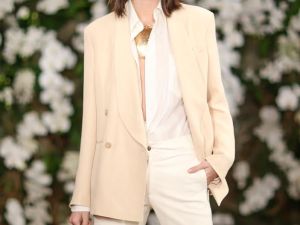 On Valentine’s Day, Kanye West made headlines for delivering his wife Kim Kardashian an entire wall of white flowers. This isn’t the first time the rapper-turned-designer eschewed a boring bouquet for a floral architectural masterpiece. He first gifted Kardashian a flower wall to celebrate Mother’s Day in 2014; it was recreated a few weeks later at their wedding in France.

It seems Ralph Lauren borrowed the concept from West for this fashion week, as last night the designer unveiled multiple flower walls on the first two stories of his Madison Avenue flagship. To be exact, there were over 100,000 live orchids installed into the space, along with 300 air plants and desert agave. The over-the-top installation was finished off with ropes of vine and fuzzy patches of moss.

“Wow, he really must have made a florist very wealthy,” noted a guest at the show last night, as he ogled the floral situation.

The “living wall” installation won’t just be enjoyed by the fashion set; the orchids will stay intact until February 20. Customers can come and take Instagrams in front of the thousands of flowers while shopping from the collection that debuted on the runway last night. Shoppers in other cities, including Beverly Hills, Boston, Dallas, Chicago and Bal Harbour can head to their local Ralph Lauren flagship to shop the see-now, buy-now collection, too. Or, they can simply visit the designer’s website to peruse the fresh fashion offerings.

We suggest checking out the cape-like options worn by Bella Hadid, the work apropos blazer donned by Kendall Jenner or the sparkling gold palazzo pants. Each item is bound to make a major impression.