“People were so connected to David Bowie,” said David Goodman, executive vice president of digital development and marketing at Sotheby’s. “They wanted to touch him one last time,” after his death from liver cancer in January of last year. Ah, fandom. It moves mountains (of money).

And who could help facilitate that final touch other than an auction house with global reach and an elaborate strategy? Surely it was at least half altruism that led Sotheby’s to provide that opportunity—with their November 2016 sale of the late musician’s art and objects.

That sale, it happens, was wildly successful: 60 percent of the buyers were new to Sothby’s, increasing its potential customer base, and it made almost triple what it was expected to.

But much more than meets the eye went into arranging the auction, as Goodman told an audience yesterday at the Savannah College of Art and Design’s deFINE ART event, held this week at the SCAD campus.

The deFINE ART series includes a gallery show, performances and a series of lectures. But while one panel repeatedly included the word “contemporaneity” and one speaker asserted that we “now live under neo-fascism in the U.S.” [said in deadpan], Goodman provided a look at the other side of the art world: marketing. He guided students on a both insightful and somewhat terrifying deep dive into how a company like Sotheby’s generates conversation around a sale, turning it from a dour affair—offloading the wares of the deceased—into a sort of rarefied appreciation of an artist lost too soon. (Ok, admittedly, the foregoing is the most generous description of what they did. It could also be called “the crass marketing of an icon’s precious belongings via yoga and Instagram.” But, shhh…)

The push to “elevate Bowie” as an art collector came from the fact that, while he owned Damien Hirsts and a Basquiat, he was never thought of as a collector. People have primarily conceptualized him in terms of all the other cool things he did well, understandably.

As a result of this barrier, Sotheby’s embarked on a multi-faceted campaign to drive home the point that Bowie was in fact an avid collector, involving—no joke—such disparate marketing tools as a yoga class, a periscope at Twitter’s headquarters, a series of exhibitions across the globe and a bevy of branded editorial content. (Next time you think something is suddenly a thing? Maybe ask yourself if it’s randomly a thing now or if someone just threw a ton of money at the problem of you not yet thinking it’s a thing).

Sotheby’s onslaught included a traveling exhibition with stops in Dubai, Los Angeles, San Francisco, London and Hong Kong, for starters. They also incorporated a massive social media campaign, with updates on where the Bowie loot was, geographically, at any given time. This proved awkward, Goodman admitted, when a truck carrying the millions of dollars worth of art and personal ephemera was on its way from L.A. to the Bay Area and Sotheby’s tweeted this fact. “Was that a good idea?” he said they wondered, as soon as they posted with their whereabouts.

There was also a series of Facebook Live posts, a deluge of branded editorial—in their Sotheby’s magazine, blog posts and listicles on their site—and a live Periscope from their exhibition in San Francisco, which was hosted by Twitter at their headquarters.

They created the hashtag #BowieCollector and hosted a series of VIP events, including one in partnership with Soho House (Bowie was actually in investor in the members-only club, so you can’t really hate) and a health-themed happening that involved avocado smoothies and yoga (easier to wonder how Bowie, who once described his diet as “all white: milk, gauloises and cocaine,” would have felt about that).

If it helps, in the end the entire affair was nearly derailed—millions of dollars lost—because ConEd had an outage and Sotheby’s entire back end went down, before an auction that depended on internet bidding, as they increasingly do these days.

Eventually, the auction house was able to “patch a work around with locations around the world on our own,” and the sale started 45 minutes after it was scheduled to, Goodman said. (The lesson here? Yeah, capitalism might suck but monopolies are worse?)

In the end, of course, people got to take home a final precious piece of the artist who meant so much to them. Or, alternatively, in the end Sotheby’s sold $40 million worth of Bowie’s art and things, triple the low estimate for the sale (according to Goodman).

Which was it? Who cares?? What matters is, now you know to market stuff with a smoothie and millions of dollars, young artists. 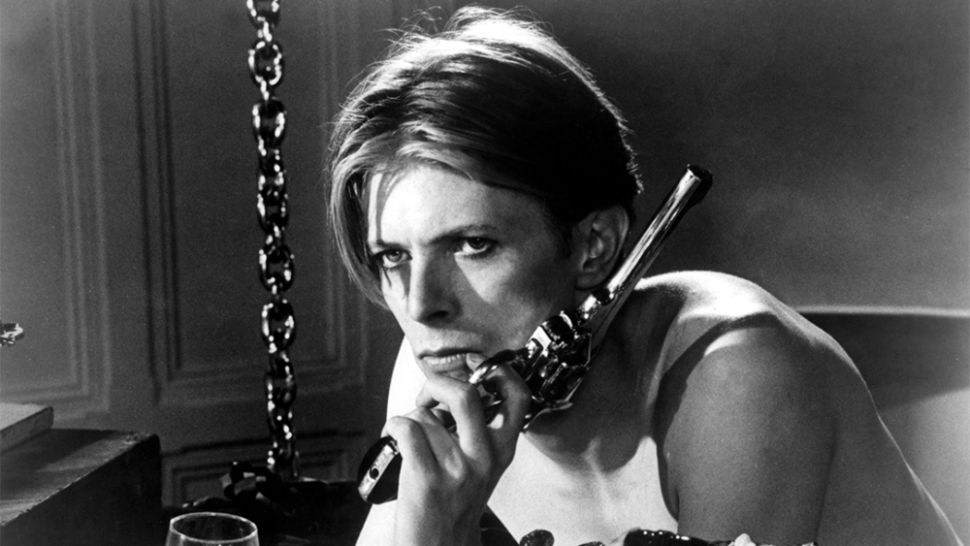