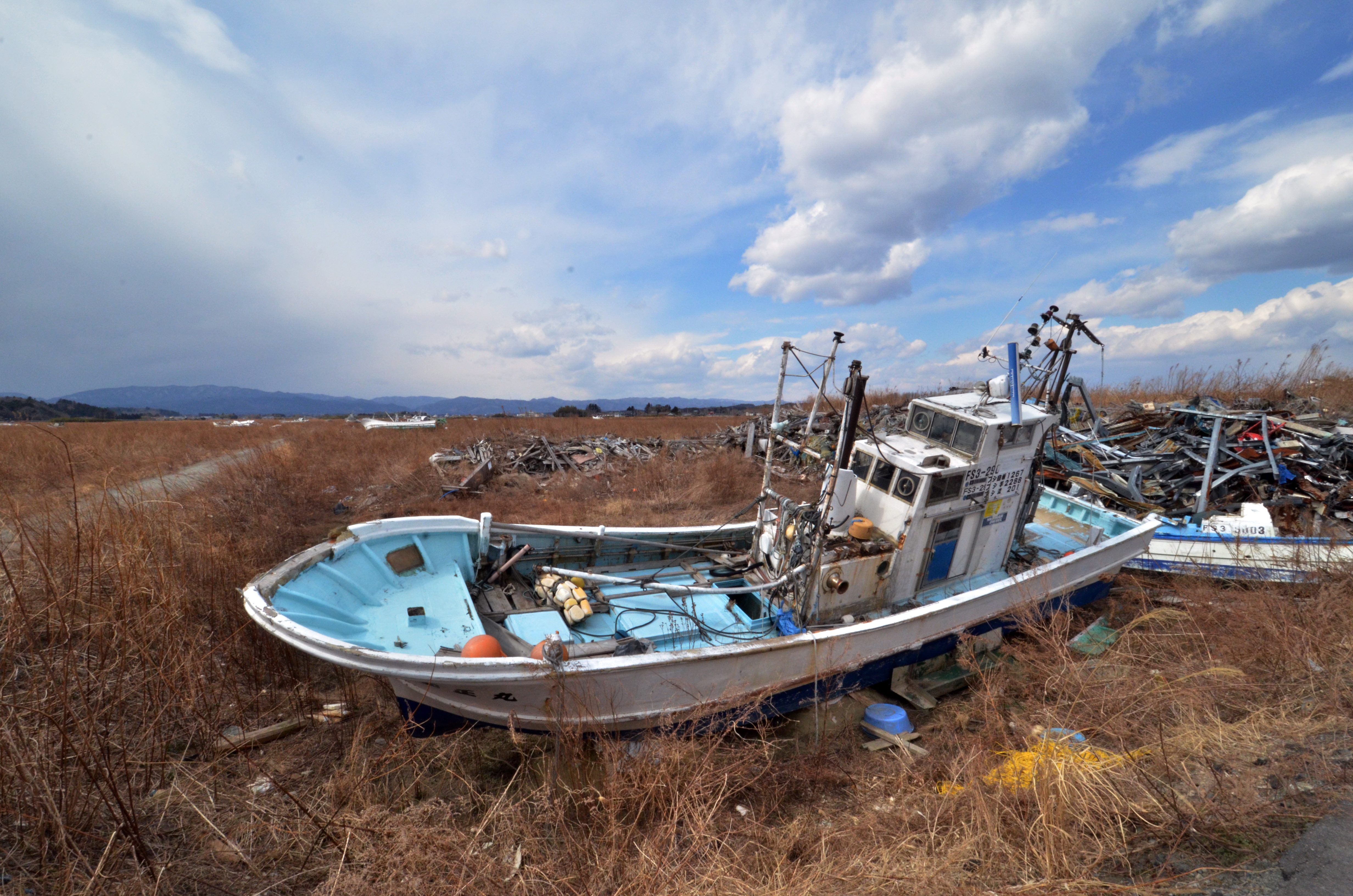 Fishing boats sit grounded on land years after the disaster in Namie, near the striken TEPCO Fukushima Dai-ichi nuclear plant in Fukushima prefecture on March 10, 2014, one day before the third anniversary of March 11 massive earthquake and tsunami. YOSHIKAZU TSUNO/AFP/Getty Images

Standard advice about preparing for disasters focuses on building shelters and stockpiling things like food, and batteries. But resilience – the ability to recover from shocks, including natural disasters – comes from our connections to others, and not from physical infrastructure or disaster kits.

Almost six years ago, Japan faced a paralyzing triple disaster: a massive earthquake, tsunami, and nuclear meltdowns that forced 470,000 people to evacuate from more than 80 towns, villages and cities. My colleagues and I investigated how communities in the hardest-hit areas reacted to these shocks, and found that social networks – the horizontal and vertical ties that connect us to others – are our most important defense against disasters.

At 2:46 pm on Friday, March 11, 2011, a massive 9.0 earthquake struck off Japan’s northeastern coast. The quake was bigger and lasted longer than the hundreds of quakes which rattle the nation annually, but did little damage to homes and businesses. Unfortunately, however, the danger was far from over.

Within 40 minutes massive waves of , some as high as six stories, smashed down on coastal communities in the Tohoku region in northeastern Japan. Some 18,500 lives were lost, primarily to the tsunami.

Damage from the earthquake and tsunami shut down the cooling systems at the Fukushima Daiichi nuclear power plants 1 through 3, which experienced nuclear fuel meltdowns. Over 160,000 people were forced to evacuate from Fukushima prefecture. The radiation exclusion zone initially covered more than 5,400 square miles, but has slowly decreased as decontamination efforts have progressed.

In total, more than 470,000 people evacuated during the disaster. The nuclear accident paralyzed national politics, made many survivors anxious and depressed, and changed the landscape of energy policy in Japan by pushing local residents to pursue non-nuclear options. Many communities have started electricity cooperatives where they use geothermal, solar and wind to produce their power.

What saved lives during the tsunami?

A Japanese colleague and I hoped to learn why the mortality rate from the tsunami varied tremendously. In some cities along the coast, no one was killed by waves which reached up to 60 feet; in others, up to ten percent of the population lost their lives.

We studied more than 130 cities, towns and villages in Tohoku, looking at factors such as exposure to the ocean, seawall height, tsunami height, voting patterns, demographics, and social capital. We found that municipalities which had higher levels of trust and interaction had lower mortality levels after we controlled for all of those confounding factors.

The kind of social tie that mattered here was horizontal, between town residents. It was a surprising finding given that Japan has spent a tremendous amount of money on physical infrastructure such as seawalls, but invested very little in building social ties and cohesion.

Based on interviews with survivors and a review of the data, we believe that communities with more ties, interaction and shared norms worked effectively to provide help to kin, family and neighbors. In many cases only 40 minutes separated the earthquake and the arrival of the tsunami. During that time, residents literally picked up and carried many elderly people out of vulnerable, low-lying areas. In high-trust neighborhoods, people knocked on doors of those who needed help and escorted them out of harm’s way.

What helped cities bounce back?

In another study I worked to understand why some 40 cities, towns and villages across the Tohoku region had rebuilt, put children back into schools and restarted businesses at very different rates over a two-year period. Two years after the disasters some communities seemed trapped in amber, struggling to restore even half of their utility service, operating businesses and clean streets. Other cities had managed to rebound completely, placing evacuees in temporary homes, restoring gas and lines, and clearing debris.

To understand why some cities were struggling, I looked into explanations including the impact of the disaster, the size of the city, financial independence, horizontal ties between cities, and vertical ties from the community to power brokers in Tokyo. In this phase of the recovery, vertical ties were the best predictor of strong recoveries.

Communities that had sent more powerful senior representatives to Tokyo in the years before the disaster did the best. These politicians and local ambassadors helped to push the bureaucracy to send aid, reach out to foreign governments for assistance, and smooth the complex zoning and bureaucratic impediments to recovery.

While it is difficult for communities to simply decide to place more senior representatives in Tokyo, they can take the initiative to make connections with decision makers. Further, they can seek to make sure that they speak with a unified voice about their community’s needs and vision.

The Tohoku disasters reinforce past evidence about the importance of social networks and social capital in disaster recovery around the world. While climate change is making some disasters more devastating over time, there is good news from our findings. Governments, NGOs and private citizens have many tools available to foster horizontal and vertical connections.

Nonprofits like the Australian Red Cross, BoCo Strong in Boulder, Colorado, and New Zealand’s Wellington Regional Emergency Management Organization now take social capital seriously as they work to build resilience. In these programs local residents work alongside civil society organizations to help strengthen connections, build networks of reciprocity, and think about the needs of the area. Rather than waiting for assistance from the government, these areas are creating their own plans for mitigating future crises.

How to build resilience 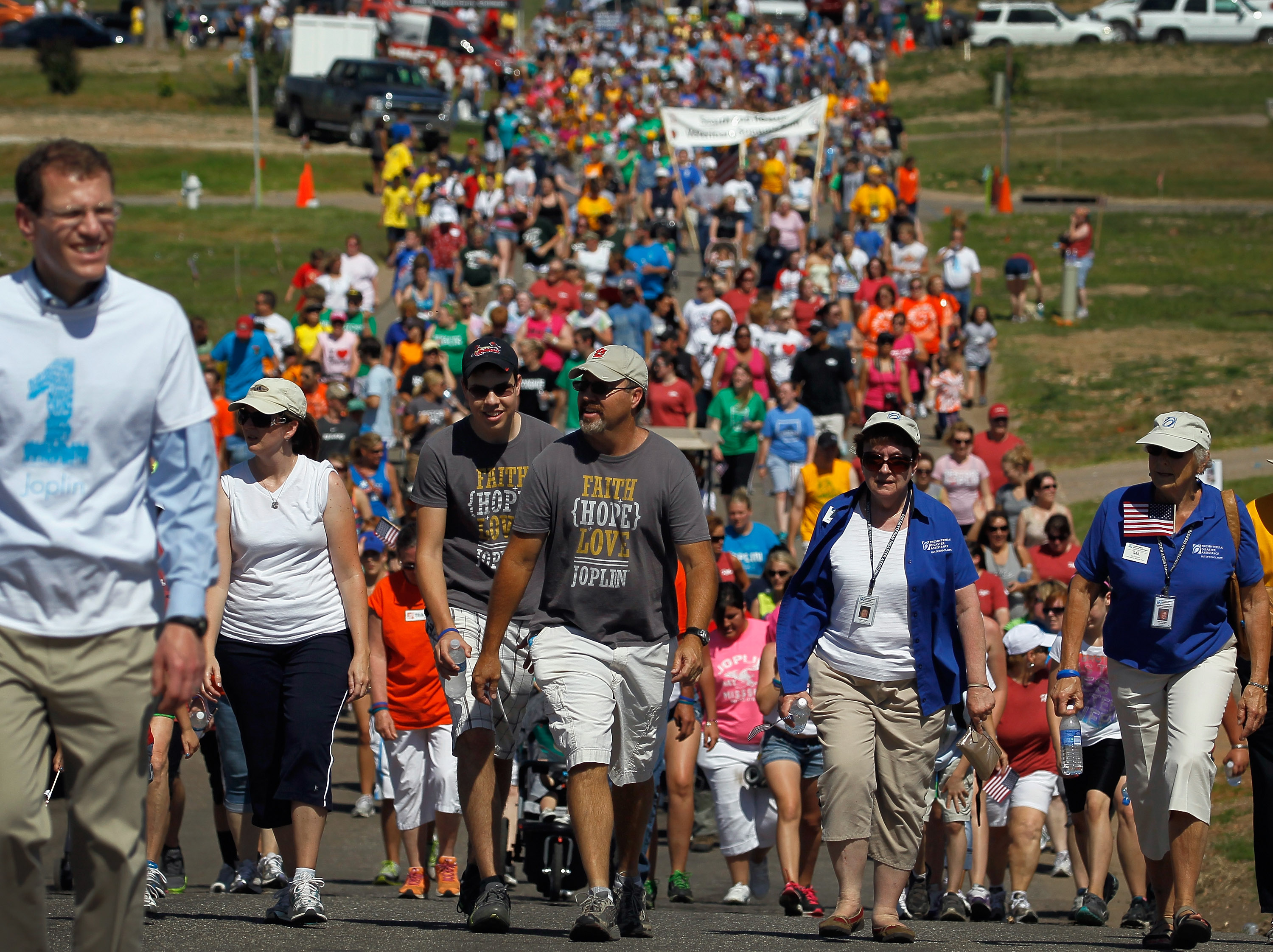 In a 2012 ceremony, residents of Joplin, Missouri walk the route of a massive tornado that ripped through the town a year earlier, killing 161 people. Joe Raedle/Getty Images

Communities can build cohesion and trust in a variety of ways. First, residents can emulate Mr. Fred Rogers and learn about their neighbors, who will serve as first responders during any crisis. Next, whole communities can seek to deepen interactions and trust by organizing sports days, parties, religious festivals and other community events that build trust and reciprocity.

For example, San Francisco provides funds to local residents to hold NeighborFest, a block party open to all. City planners and urban visionaries can learn to think like Jane Jacobs, an advocate for living cities and third spaces – that is, places beyond work and home where we can socialize. By designing what advocates call “placemaking public spaces,” such as pedestrian-friendly streets and public markets, they can reshape cities to enhance social interaction.

Finally, communities can increase volunteerism rates by rewarding people who volunteer their time and providing concrete benefits for their service. One way to do this is by developing community currencies — local scrip which is only accepted at local businesses. Another strategy is time banking, in which participants earn credits for their volunteer hours and redeem them later for services from others.

After 3/11, one organization in Tohoku has sought to bring these kinds of programs – social capital creation and design – together by providing a communal space run by elderly evacuees where neighbors can connect.

As communities around the world face disasters more and more frequently, I hope that my research on Japan after 3.11 can provide guidance to residents facing challenges. While physical infrastructure is important for mitigating disaster, communities should also invest time and effort in building social ties.

Daniel P. Aldrich is a Professor of Political Science, Public Policy and Urban Affairs and the Director, Security and Resilience Program at Northeastern University. This article was originally published on The Conversation. Read the original article. 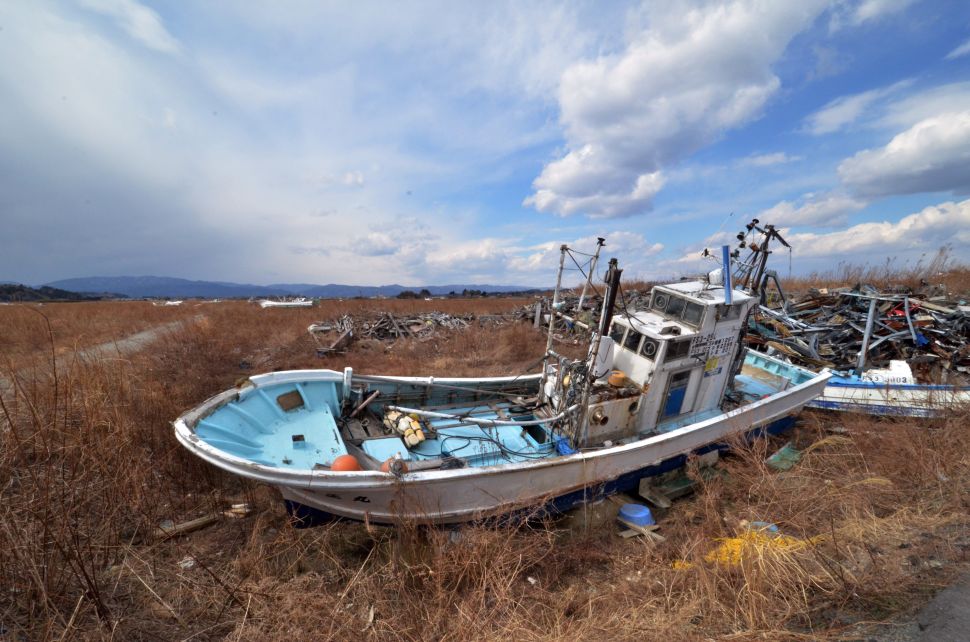