President Donald Trump has the environmental community understandably concerned. He and members of his Cabinet have questioned the established science of climate change, and his choice to head the Environmental Protection Agency, former Oklahoma Attorney General Scott Pruitt, has sued the EPA many times and regularly sided with the fossil fuel industry.

Even if the Trump administration withdraws from all international climate negotiations and reduces the EPA to bare bones, the effects of climate change are happening and will continue to build.

In response to real threats and public demand, cities across the United States and around the world are taking action to address climate change. We might think this is happening only in large, coastal cities that are threatened by sea-level rise or hurricanes, like Amsterdam or New York.

Research shows, however, that even in the fly-over red states of the U.S. Great Plains, local leaders in small- to medium-size communities are already grappling with the issue. Although their actions are not always couched in terms of addressing climate change, their strategies can provide insights into how to make progress on climate policy under a Trump administration.

My colleagues and I did a survey of over 200 local governments in 11 states of the Great Plains region to learn about steps they’re taking to mitigate the effects of climate change and to adapt to them. We found local officials in red states responsible for public health, soil conservation, parks and natural resources management, as well as county commissioners and mayors, are concerned about climate change, and many feel a responsibility to take action in the absence of national policy.

But because it is such a complex and polarizing topic, they often face public uncertainty or outrage toward the issue. So while these local officials have been addressing climate change in their communities over the past decade, many of these policy activities are specifically not framed that way. As one respondent to our survey said:

“It is my personal and professional opinion that the conservation community is on track with addressing the issue of climate change but is way off track in assigning a cause. The public understands the value of clean and clean air. If the need to improve our quality and air quality was emphasized, most would agree. Who is going to say dirty and dirty air is not a problem? By making the argument ‘climate change and humans are the cause’ significant energy is wasted trying to prove this. It is also something the public has a hard time sinking their teeth into.”

In order to address the vulnerabilities facing their communities, many local officials are reframing climate change to fit within existing priorities and budget items. In a survey of mayors, we asked: “In your city’s policy and planning activities (for energy, conservation, natural resources management, land use, or emergency planning, etc.) how is climate change framed?” The following quotes give a sense of their strategies.

“In terms of economic benefit & resource protection. This framing was deliberate to garner support from residents who did not agree with climate change.”

“We frame the initiative as: energy savings (=$ savings), as smart growth/good planning, and as common sense natural resource management. Climate change is only explicitly referenced in our Climate Protection Plan adopted in 2009. Most initiatives fall under the “sustainability” umbrella term.“

“We mask it with sustainability, we call it P3 (People, Planet, Prosperity)”

“The initial interest in climate change came about as a result of concern about the potential for poor air quality affecting economic development in the City. Air quality and climate change were framed as being extremely related issues.”

The results show that energy, economic benefits, common sense and sustainability are frames that are providing opportunities for local leaders to address climate change without getting stuck in the political quagmire. This strategy is being used across the Great Plains states, which include some of the most climate-skeptical areas of the country.

Every region of the U.S. will need to address practical questions of how states and local communities can reduce emissions and adapt to climate impacts. Under the Trump administration, it is likely any progress on U.S. climate policy will continue at these sub-national levels. That’s why a variety of experts argue that we should encourage the types of pragmatic strategies now being employed by local leaders in red states.

In the Great Plains in particular, local officials are facing severe impacts from higher temperatures, which will place greater demands on and energy.

In our research we found local leaders focus on regional and local issues such as drought, energy and flooding. These are problems that are tied to climate change, but are already a priority on the local level. And the sought-for improvements, such as energy savings, health benefit and flood management, fit well with local needs and values.

For example, Fargo, North Dakota mitigates some of its greenhouse gas emissions and created a new source of city revenue by capturing the methane from its landfill facility and selling that gas to the electricity company. The city trash is now providing renewable energy for local residents and an industrial facility.

Perhaps the question facing us is: Should we reframe climate change and other environmental problems to fit the Trump administration’s priorities with a strong focus on practical solution ideas? For example, Trump has stated that infrastructure projects will be a high priority. That could easily translate into fixing the drinking crisis experienced by Flint, Michigan and many other cities where it is likely to happen; Trump has also highlighted mass transit, which could help reduce air pollution and carbon emissions.

With an administration eager to expand fossil fuel development and consumption, the outlook for federal action on reducing climate-altering greenhouse gases is dire. Given that, reframing climate change to address co-benefit issues seems a logical strategy, and we can look for local government leaders in red states to show the way.

Rebecca J. Romsdahl is a Professor of Environmental Science & Policy at the University of North Dakota. This article was originally published on The Conversation. Read the original article. 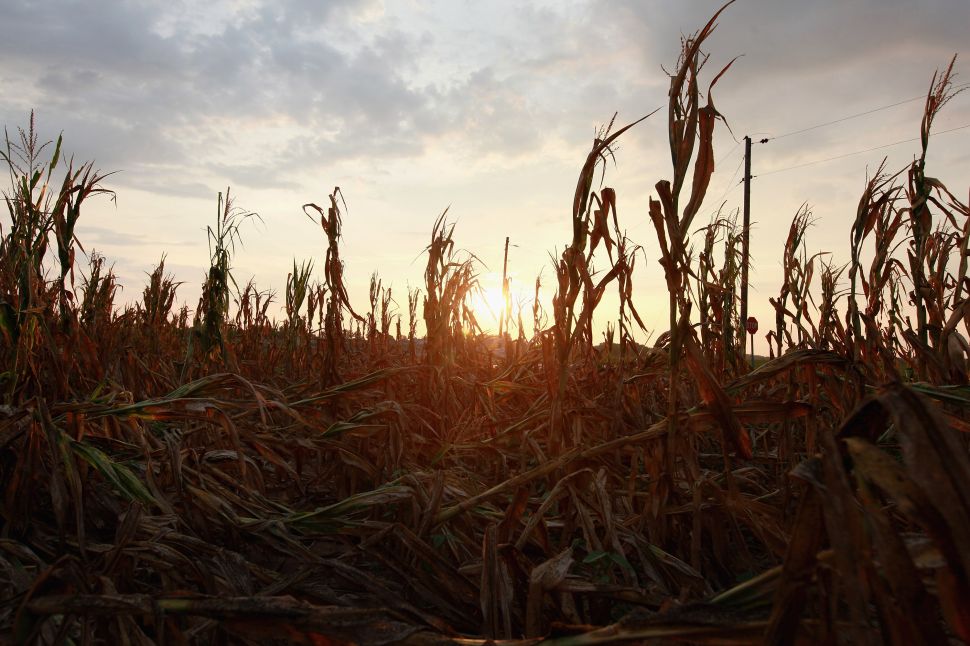