On February 8, 2017, Matt Drudge tweeted, “No Obamacare repeal, tax cuts!” and “Republican party should be sued for fraud. NO discussion of tax cuts now.” Drudge was spot on.

This week, Sen. Rand Paul (my former boss, it should be pointed out) stormed out of a meeting with Speaker of the House Paul Ryan when he heard talk of keeping Obamacare’s Medicaid expansion intact and creating tax credits. Paul worried these tax credits would be a Republican-created entitlement program.

Unfortunately, the leadership and establishment in the Republican party is incompetent. When you compare the accomplishments of President Barack Obama at the same point in his presidency as President Donald Trump, it shows that Republicans are not doing their job.

Weisman points out that at this point in the Obama administration, the Democratic-controlled Congress had passed his stimulus package, the Lilly Ledbetter bill, and started serious talks about healthcare reform. Right now, House and Senate Republicans have passed a budget that sets the table for Obamacare partial repeal, yet they don’t seem to have the stomach to pass the partial repeal measure that they passed last year. That bill gutted some of the core elements of the Affordable Care Act (ACA) by repealing Medicaid expansion, exchange subsidies and most of the healthcare related tax hikes.

Conservatives, including The Heritage Foundation, are pushing Congress to use this measure as the basis for reconciliation this year, yet moderate senators Lamar Alexander, Bill Cassidy, and Susan Collins are pushing ideas that will save the core of Obamacare.

Now that Republicans have control of Congress, they seem to have lost focus. On February 16, The New York Times reported, “After moving to start rolling back the Affordable Care Act just days after President Trump was sworn in last month, Republican lawmakers and Mr. Trump have yet to deliver on any of the sweeping legislation they promised. Efforts to come up with a replacement for the healthcare law have been stymied by disagreements among Republicans about how to proceed. The same is true for a proposed overhaul of the tax code.”

The large infrastructure bill that both Democrats and Trump were eager to pursue has barely been mentioned, other than a general hearing to discuss well-documented needs for infrastructure improvements. Even a simple emergency spending bill that the Trump administration promised weeks ago—which was expected to include a proposal for his wall on the Mexican border—has not materialized, leaving appropriators idle.

Implementing the Trump agenda is impossible if Republicans don’t try. One of my favorite quotes is Wayne Gretzky’s “You miss 100 percent of the shots you don’t take.” Republicans are not taking any shots right now.

Republicans know that it would be easy to roll out and pass a massive $1 trillion infrastructure bill that would have bipartisan support. Members love roads and bridges, and Congressional pork is proven to create bipartisan support. Yet, Congress hasn’t started the process of passing Trump’s version of a stimulus bill.

Republicans ran on promising to “repeal and replace” Obamacare, and they are falling flat on their faces trying to figure out the “replace” part. Sen. Rand Paul has teamed up with forces in the House Freedom Caucus to introduce a bill to repeal Obamacare and replace with healthcare freedom, including a massive expansion of Health Savings Accounts (HSAs) and the freedom to purchase healthcare plans across state lines. This is a good option if Republicans feel the need to “replace” Obamacare.

Additionally, Congress has done nothing to forward the ball on Trump’s plan for a historic reform of the tax code that would include massive tax cuts for average Americans.

Republican leadership in the House and Senate are thwarting the Trump agenda with their gross incompetence. Drudge was spot on to accuse them of fraud, and Sen. Rand Paul is correct to team up with freedom loving members of the House and Senate to jump start the process of repealing Obamacare. At some point, establishment Republicans need to understand that if they continue to break promises to right-leaning Trump voters, they will hand over power to the Democrats.

Brian Darling is a former counsel and Sr. Communications Director to Sen. Rand Paul.  Follow him on Twitter @BrianHDarling. 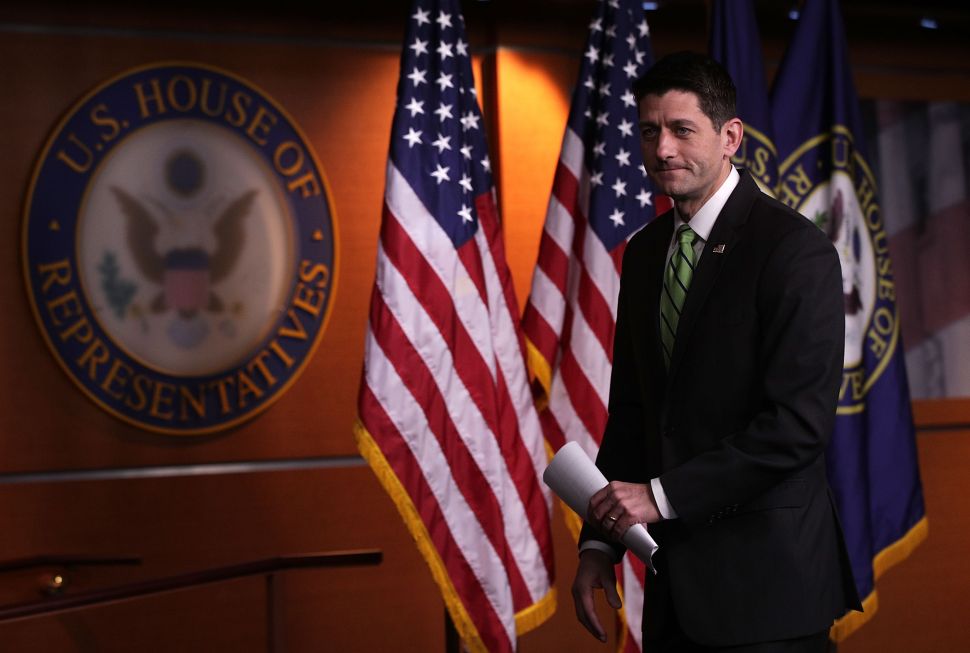