The old adage goes: you campaign in poetry and govern in prose. And that was particularly true for Candidate Trump who certainly had his fair share of memorable campaign turns of phrase. Who could forget the booming refrains of “lock her up” and “build the wall?” But perhaps his most memorable and even most earnest alliteration was something he borrowed from congressional Republicans, and that was “repeal and replace.” Of course, this referred to the previous President’s signature healthcare reform, the Affordable Care Act (ACA), also known as Obamacare.

But now that the campaign’s poetry is giving way to the practical prose of governance, it is being reported that, despite the glorious intent of Republicans, replacing it is going to be a death-defying highwire act. Not that Obamacare wasn’t riddled with blunders—it was. From the rollout to the website to the constitutionality of the mandate, it was a salad bar of bloopers. And yet there was one gaffe that stood head and shoulders above the rest, and that was affordability. It turns out that the Affordable Care Act isn’t all that affordable, and it’s getting worse every year.

Nobody knows for sure when Congress is going to get around to conjuring Trumpcare out of the Washington air, but when they do, there is one thing they should consider to control costs. All one has to do is to look to the President’s dear friend and sage advisor, Carl Icahn, who often espouses the benefit of going after low hanging fruit. In Health Care reform, there is no more low hanging fruit than malpractice tort reform.

According to a Forbes study, lawsuits directed at doctors and hospitals, whether valid or frivolous, cost an astonishing $55.6 billion a year. What makes that figure go from stunning to shameful is that only a tiny amount of that money is actually paid to plaintiffs. Most of it ends up in the very deep pockets of trial lawyers.

When the Democrats wrote the ACA in 2008, they considered every cost from the price of tongue depressors to the profit insurance companies should be allowed to make. And yet this comprehensive study somebody overlooked the costs of malpractice, and that’s thought to be because the trial lawyers of America are perhaps the Democratic Party’s most loyal and generous contributors.

Consider that one of the most affluent of the trial lawyers, the so-called “king of torts,” is Joe Jamail Jr., whose net worth is said to be $1.7 billion. There are many more whose net worth is in the tens or hundreds of millions. One of them was the multi-millionaire Democratic presidential aspirant John Edwards, now-disgraced for his philandering. There’s also Perry Weitz of the eponymous New York law firm who paid in the $70 million range for a 194-foot Trinity motor yacht, the charter fee of which is $500,000 a week. A few of these men have their own jets so as to race to potential plaintiffs—quite a step up from ambulance chasing. It helps that a trial attorney often reaps 30 to 40 percent of the plaintiff’s recovery plus expenses.

In New York State the now disbarred, disgraced and convicted felon Sheldon Silver, who was the powerful Speaker of the State Assembly, was “of council” to the trial lawyer firm of the aforementioned Weitz and Luxenberg. He successfully obstructed any meaningful tort reform for 20 years. He was paid millions of dollars a year and the physicians and hospitals of New York State suffered accordingly, making it one of only fifteen states without any real malpractice reform. It has resulted in some of the most outrageous insurance premiums anywhere. Recently some neurosurgeons on Long Island, a cesspool of malpractice litigation, were charged $331,295 a year for their malpractice insurance. The average for an OB/GYN was $172,916 and the highest was $547,644! For reference, the average physician’s salary in the Northeast that year was $239,000. For these doctors to stay in practice, this cost has to be passed on to their patients by raising their insurance premiums and, in many cases, to the taxpayers funding medicare and medicaid.

As a plastic surgeon who has been sued (I don’t know a plastic surgeon who hasn’t been), I can speak with authority that New York has some egregious laws. Any doctor, no matter his specialty, can testify as an expert witness. A podiatrist can testify against a gynecologist; an ophthalmologist can testify against a urologist. Plus, the defendant cannot even know the name of the opposing expert until the time of trial. And, of course, there is no damage cap. Frivolous suits are encouraged with the expectation of a quick settlement to avoid the risk of a jury trial.

Hopping back to the pedantic prose of governing, the question becomes, how much could be saved if tort reform were undertaken by the new administration? The 2010 Forbes study showed the cost of medical malpractice was $55.6 billion a year, of which $45.6 billion was the cost of so-called defensive medicine, which is the practice of ordering extensive tests and exams that are medically unnecessary but done to defend against possible litigation. A study sponsored by Blue Cross/Blue Shield revealed that defensive medicine by physicians cost $6.8 billion, and defensive medicine hospitals cost an astonishing $38.9 billion. In the 1960s, when I was a resident working in the emergency room at Metropolitan Hospital, one of New York’s city hospitals, we were told to order a skull x-ray for any person with the slightest head trauma, even if there had been no loss of consciousness or a negative neurologic exam. Of course, this was to protect the hospital from litigation. The cost of this was passed on to the patient and ultimately the taxpayer.

Imagine the vast amount of money that has been wasted with just this one example of defensive medicine and multiply it by similar waste in other New York hospitals and others across the country for half a century.

Trial lawyers often claim that higher malpractice awards result in better medical practice, but there is little evidence to back up this claim. Lawsuits do not make better doctors; they make angry ones. Nevada changed its laws partly because physicians were leaving the state or taking early retirement due to high rates.

It’s difficult to compare the results of reform in various states to one another because the laws are different and a few have been overturned by the lawyer-judges in state courts. However, it is instructive to look at California, where a substantial reform law called MICRA was enacted in 1975. It lowered the limit of non-economic damages (the hard-to-quantify pain and suffering or loss of consortium) to $250,000 and reduced attorney’s fees on a sliding scale based on the size of the recovery. The RAND corporation estimated that defendants’ liabilities were thus reduced by 30 percent. Ever since, the trial lawyers have been attempting to overturn it. The latest, California Proposition 46, coming 39 years after MICRA’s enactment, was defeated by 67 percent of the voters.

So what does tort reform look like? It’s the simple stuff that works. For example, a reasonable cap on non-economic damages and a sliding scale for attorney’s fees would be a good place to start. Or cases could be adjudicated by a doctor-lawyer-patient-advocate panel, bypassing the emotional juries whose awards are stirred up by smooth-talking lawyers.

It’s said that completely repealing the ACA will cause as many as 30 million people to lose their insurance. Since reasonable replacement legislation may take a while, one great benefit of quickly enacting malpractice reform is that no patient will have a change in their insurance, except probably a decreased premium and saving half a trillion dollars in a decade. Furthermore, success would encourage tort reform in many other areas. The threat of malpractice is anathema to patient care and is needlessly expensive. Let’s take Mr. Icahn’s advice and grab that low-hanging fruit! 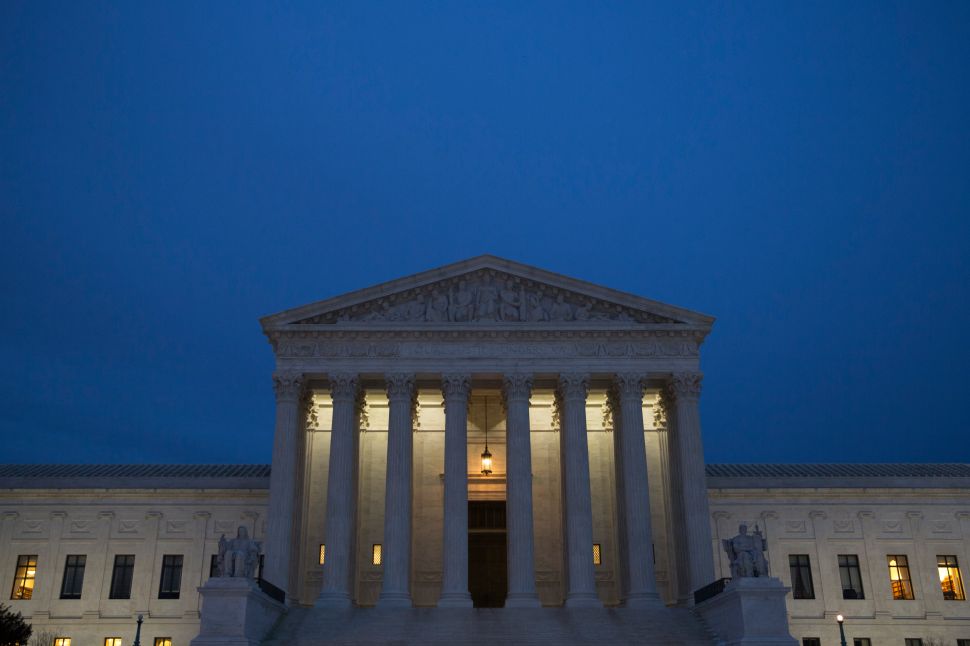