Not since peak Pokemon Go has there been an event in gaming as unnerving as the first hour of Resident Evil 7.

You’re playing as the super-relatable Ethan, just an average guy whose wife Mia disappeared three years ago. Now she’s back, out of the blue, telling you in a video message to come pick her up at this mansion complex down south. The beginning of the end.

Ethan finds Mia pretty quickly—but she’s changed. And not in the “I really adapted to the southern mentality” way.

What follows is just an emotionally terrible stretch of gameplay. Wifey attacks (and hacks your non-dominant hand off!), and suddenly this whole zombie hillbilly family is literally running you down—in their own home no less—trying to get you to “join the family.” You’re defenseless, in OG Resident Evil fashion, and hiding. And crying. Well, the crying was me.

Resident Evil 7: Biohazard, which was released for PS4, Microsoft Windows and Xbox One on January 24, is being heralded as a return to form for the Capcom franchise. Until now, Resident Evil 4 has been seen as the last good Resident Evil game, before the series traded in its horror survival bag for action trope mediocrity. Without a doubt, the fear—in first-person this time—has returned.

Resident Evil 7 is also the first to be playable on E3, PS4’s virtual reality platform. If you don’t want to shell out for VR just yet, you can still “get in on the fun” by watching YouTube walkthroughs with actual taglines like, “Most Terrifying Experience,” “Too Much To Handle,” “SCREAMING FOR MY LIFE” and “Girl Put That Knife Down!”

Let me set the stage of my personal gaming experience. I’m easily startled, so my boyfriend who knew this encouraged me to man the controls. So the two of us, his lovely roommate and her pint-sized dog, who absolutely should be accounted for, shut off the lights and prepared for battle.

For hours on hours with their support, I wandered my way through this house (which was seriously in need of a renovation), pausing throughout just to center myself emotionally.

Now, because I am not a seasoned video game reviewer—or player, honestly—I don’t think I can accurately go on to rate the game, though I did really enjoy it once I got my bearings (and a gun). The graphics were oppressively realistic, the music unnervingly building throughout and the journey rife with chillingly memorable moments—including a Saw-like Escape-the-Room saga that puts the one I did with my co-workers in Hell’s Kitchen last weekend to shame. The bosses aren’t even that difficult to beat, really: It’s just so intensely atmospheric and grossly well detailed that every moment feels like an absolute nightmare.

So in lieu of delving further into a traditional review, I’d instead like to instead delve into the psychology behind the game. If I was so afraid, why was I so drawn to keep playing? Why was I doing this? Why are we doing this?

Though “scare-apist” didn’t yield any Google results, I did pose the question to Margee Kerr, a Ph.D. and author who refers to herself as a sociologist who studies fear.

While playing a horror video game, Dr. Kerr told me, your body goes into fight or flight, which is basically like hyperspace mode but for your body.

“[When we get scared] our sympathetic nervous system is activated and our brain releases dopamine, serotonin, endorphins—so lots of different types of chemicals,” Kerr said. “It’s similar to sports, or intense competition, they basically say, ‘here we go.’ ”

According to Kerr, the reason we harness that chemical rush in a positive way instead of just losing it is that we know subconsciously we’re not in actual grave danger. She calls it (prepare for an actual term) “cognitive stress.”

“If we were really running for our life, we’re not thinking critically,” she said. “It’s really the ability to know that we’re safe while we’re doing this, we can enjoy these reactions. It feels invigorating—like we’re primal. Like we’re in that animal state again. A good scary game can hit that sweet spot where the stress is advantageous to gameplay. We hyperfocus on the game. It can be really rewarding.”

Another point Margee Kerr made is that the cognitive stress is actually heightened when experiencing fear in a group setting.

“It makes a lot of sense on an evolutionary perspective,” Kerr said. “When we’re working together on something, it does increase the overall intensity of the experience.”

I thought incredibly deeply on this, and the horror game kick I’ve been on. From the very enjoyable Rami Malek-starring Until Dawn to PT, Hideo Kojima’s Silent Hill demo that I don’t even count as a game as much as a test on the human spirit—the thing all these had in common is I played them with company! Every jump scare, every “I don’t want to go through that door” moment. Even though these are all one-player games, it did feel better to face them with others. Maybe…friendship is the answer?

“The goal-directed behavior and having a common goal—we bond closely with others when we’re in stressful situations,” Kerr said. “We feel more united with people we go through tough times with. I’ve heard from a lot of people that playing a game with someone opens them up. They do end up talking to their friends on a deeper level.”

So beating Resident Evil 7: Biohazard brings people together! That’s why, even though I was terrified throughout, I soldiered on. I was with people—and a very small dog—I trusted. Just like Escape the Room, you’re overcoming this stressful and shared obstacle. So like I did, try this game with a loved one or some friends you trust. You may be closer to each other by the end. That is, if you make it out alive. 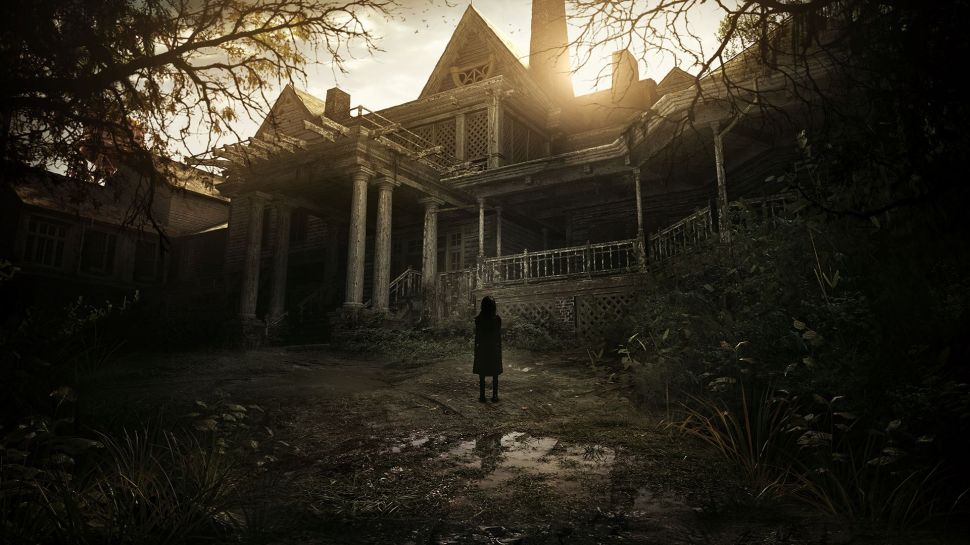