Okay, here’s the Rings challenge: We’ve got this Japanese-rooted (Hideo Nakata’s Ringu, 2002) horror franchise predicated on an obsolete technology: videotape. Remember that pile of worthless black plastic boxes in your basement beside the discarded VCR? If a viewer watches this cursed relic, they’ll croak within seven days if he/she doesn’t get another sucker to watch within the week. Scary, huh? Moving images that kill, and kill again! And, yet, how do you proceed when VCR’s have become junk? Keep things simple stupid: transfer to digital. Horrifying – but so much easier to spread to a wider soon-to-be horribly dead audience!

Who knew that those from the dark nether-world were so tech savvy?

The tape itself has some weird Luis Bunuel Un Chien Andalou stuff. There’s a gloomy chick diving off a cliff, a hairy kid crawling out of an old stone well with her face hidden behind wet black strands, a ring of light, bibles defying gravity in an old church, a cicada, some worms: that kind of suggestively nightmarish gobbledygook.

And, so, off we go in F. Javier Gutierrez’s workmanlike sequel. The script, by David Loucka and Jacob Estes, stalks two squeaky yet porn-sexual high-school sweethearts – Julia (Matilda Lutz) and Holt (Alex Roe). When the boy leaves the girl to attend college, the stunning couple (made of a tactile plastic material only available to Hollywood insiders) copes with the usual stresses that occur. And then there are the unusual ones: Holt becomes entangled with his science prof, Gabriel (Big Bang Theory‘s Johnny Galecki in a welcome unshaven skanky turn that could have benefited from stronger writing).

The sleazy professor — who seems ripe for a sexual harassment lawsuit as his response to Julia appearing at his lecture is announcing that she makes him sweat — is conducting a secret experiment involving Holt. Gabriel’s unlucky students watch the tape, now digitized, in a half-assed study investigating the shadow world between life and death that clearly begs for more scientific controls.

When Holt disappears, Julia sets out to do all the wrong things, flounce through the wrong doors and slither into a crypt without even a Swiss Army Knife. At this point, although the scares are a little thin – I didn’t have to hide in my sweater once – there are enough plot twists and turns to roust attention.

Enter the magnetic Vincent D’Onofrio as Burke, a blind Goliath living alone at the edge of the graveyard where, perhaps, the horror began. You don’t have to be Agatha Christie to know that the biggest star in a supporting role in a mystery tends to be the one wielding the biggest weapon (and shouldering the most guilt). D’Onofrio chows down on his role. His presence props up the energy just as it starts to lag because of one too many lingering close-ups on Italian actress Lutz’s dilated, marmoset eyes.

Inevitably, damn the videotape and on to digital, we reach the franchise’s trademark scene in which a human victim coughs up a hideous hairball. You can never see that too many times! In life, I’ve encountered enough of these slippery, black masses of hair stuck in a drain to understand that when they come out of one’s mouth it must be super, super yucky – and drinking liquid clog remover will not resolve the problem. In the end, Rings did not make me want to drink Drano. It had enough distractions to pass the time but that’s a pretty low bar for a horror movie that includes D’Onofrio and Galecki, who could run rings around the rest of the cast given better material. 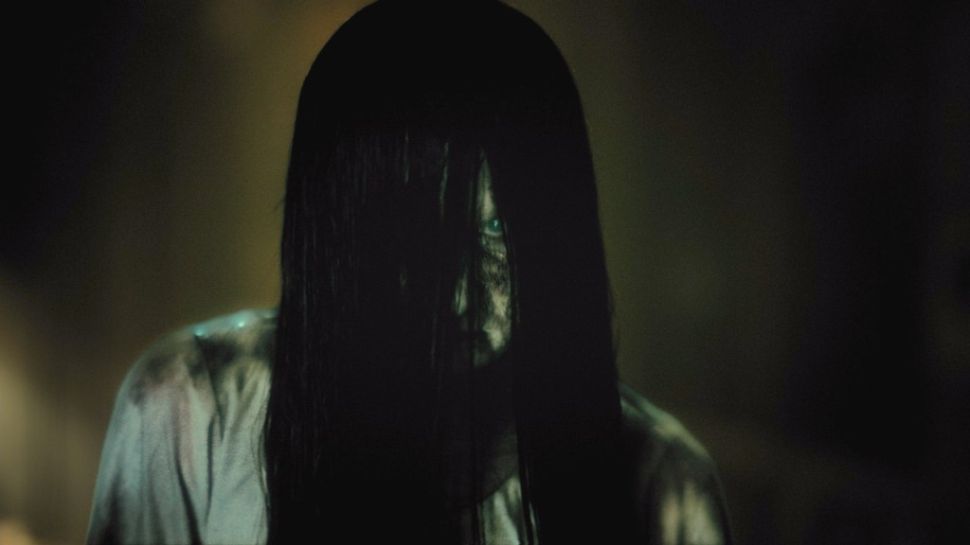