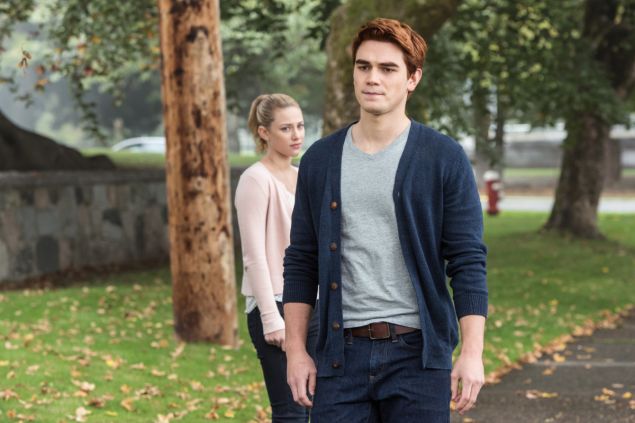 Episode 4 of Riverdale removes — though, perhaps only temporarily — one of the least satisfying players of the CW reinvention: Miss Grundy. Those of us familiar with Archie Comics were definitely left with raised eyebrows when the old blue-haired homeroom teacher was introduced as a cradle-robbing music teacher whose age difference with her students basically amounted to a pair of glasses. Well, that too turned out to be one of the show’s many twists and a welcomed one. Because, let’s face it: if there’s one high school trope we did not need the umpteenth rendition of, it was the hot-teacher-hot-student-banging one. If Glee‘s Mr. Schuester made it six seasons without banging a single one of his nubile students, we can surely nip this one in the bud.

Riverdale seems to agree as our Miss Grundy stand-in is revealed to be Jennifer Gibson, an abused wife on the run who took the name of a random deceased elderly woman — whose obituary picture closely resembles that of the Miss Grundy we know. And while we’re at it, another trope that’s not aging too well is that of the mysterious woman in hiding from abusive husband under a new identity. Enough. From Grey’s Anatomy to every Law & Order out there, it seems to be a requirement for making female characters sympathetic and surely we can reach beyond the traumatic backstory of them bloodied and beaten to achieve this.

It’s a weird narrative cop-out that capitalizes on abusing female characters and gets away with not showing it. I don’t know why Riverdale of all shows is the one to leave the sourest note in my mouth, but it did. Perhaps because of how by-the-numbers the execution of it was.

As is now the standard, Riverdale is at its most interesting away from Archie Andrews. This week introduces the South Side Serpents because no scenic Americana town is complete without a wrong side of the track and matching biker gangs. This thread is one that allows the parents of Riverdale High to shine as their leader happens to be embroidered in an extortion scheme with the Hodges’ while Jughead is — twist upon twist — is revealed to be the son of the leader of the South Side Serpents and now homeless as city development is pushing him out of his makeshift home. On top of adding yet another late-twenties and way too good-looking parent to the mix, this might be the first time I found myself interested in Jughead who spent the first three episodes of Riverdale sniffing around other people’s business  — an awkward look on the introvert and sulking outsider archetype.

Betty’s mother, who continues to be a weirdly problematic villainous figure, is ultimately the reason Jennifer Gibson gets banished from both Riverdale High and the city itself. The problem is that she herself can’t be banished. Because let’s face it, there’s only so much retribution that the mother of a lead character will ever suffer, so right now her status as at sourpuss nag. After having her pour maple syrup over a handcuffed guy boiling alive in a hot tub, “controlling mom” is just not doing it for me anymore. Set the Kraken loose already!

The balance between parents and young’uns generally isn’t as clean in Riverdale as in other teen dramas that know the right amount of adult romances, politics, and dealings to dole out in each episode without losing focus on the kids themselves. The amount I care about Mr. Hodges’ off-screen dealings is exactly zero at this point.

Fortunately, not all is lost on the parents’ front! All those grievances are balanced by one glorious exchange with Kevin Keller’s dad, which may just be the most gloriously Riverdale scenelet yet:

“No cruising guys tonight,” says Kevin Keller’s stern dad as he hands him the keys to the family truck and stops short of tussling his gay son’s hair. “We both know what goes on in those woods.”

They might be a late introduction, but between Jughead’s father, Kevin Keller’s tepid new love interest (#TeamMoose), and Mrs. Hodges’ history with them, the Serpents are looking to be a long-term addition to Riverdale. With the illicit Grundy affair more or less resolved and the murder of Jason Blossom looking to linger into the season finale, we need something to keep the tension high until Betty snaps and begins to stack cases of wildfire under Riverdale High because as we all know, there is really no other way for this story to end. 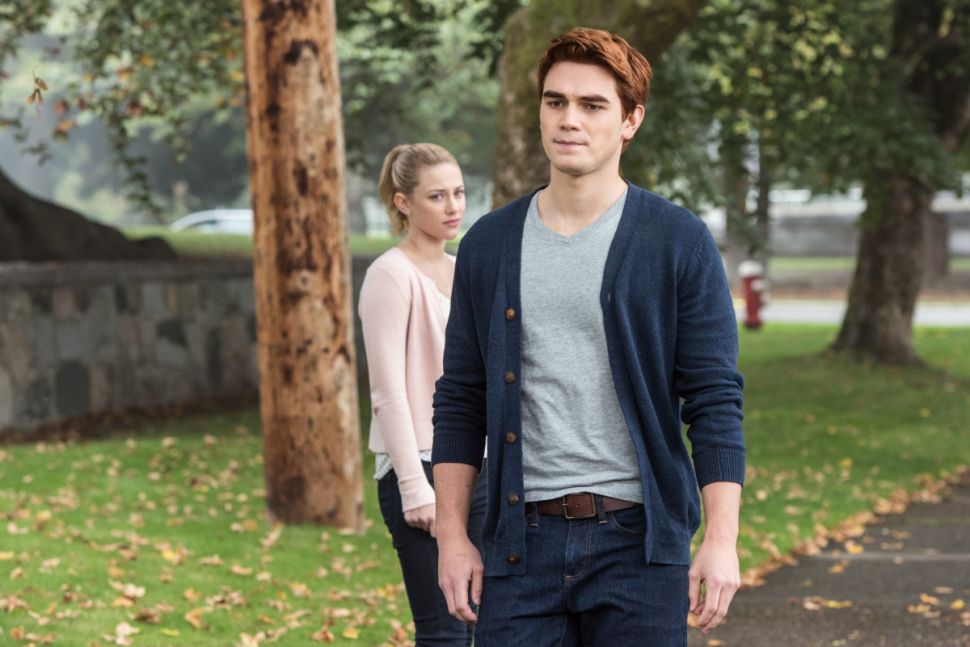