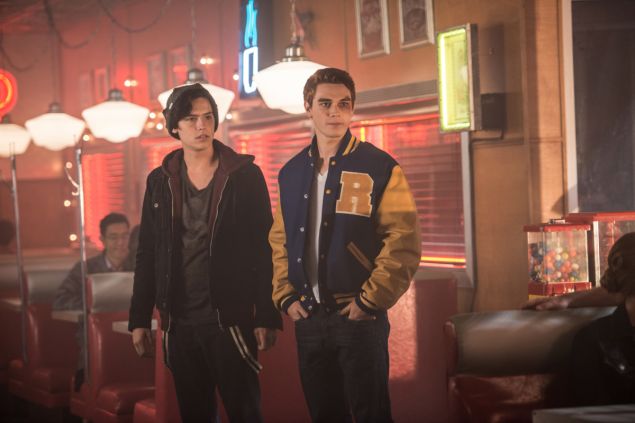 Some readers mentioned I was perhaps too hard on last week’s Riverdale pilot. Too intense. “Woah, cool it, dude” was the phrase tweeted at me. To our beloved readers, I say this: GET BODIED. The second episode of Riverdale confirms that a high level of intensity is required to properly engage with the latest CW reinvention and that is exactly what I will aim to provide every week here. Meeting the show even halfway requires a clenched Arthur meme fist of anger and tear-filled eyes. That is where Archie, Betty, Veronica, Jughead, and Cheryl live.

Don’t let their chiseled model-like exteriors fool you, with the exception of Kevin Keller who continues to be an overly self-aware gay bestie cyborg that can’t seem to loop out of his Westworld programming — the denizens of Riverdale High are powered by high emotions. These characters don’t walk shoulder-to-shoulder, they entangle their arms and skip, planning deceitful mani-pedi sessions. Every other scene of the show feels like it could serve as a dramatic cliffhanger with the right music cue added to it.

Archie himself is at his least offensive here. A slab of meat with a squeeze of ketchup massaged into his hair, which is fine. The episode opens on him writhing in bed, implying some sort of nightmare, but as it turns out, he was just upset and really in need to talk to someone.

This episode is all about Jughead, our narrator — who could definitely stand to Google a few of his cliches. Somewhere between Dan Humphrey and Seth Cohen, Jughead is the smart outsider and his narration is presumably taken right out of his diary, chronicling the murder cases and his classmates’ romances with the same gravitas.

Unlike his comic counterpart, who has been defined by his obsession with hamburgers since 1939, this Jughead is all about his unresolved feelings towards his one-sided best friend, Archie. (Riverdale teens take the “best friend” mantle VERY seriously. Bite-the-head-off-a-chicken seriously.)

Archie and Jughead were supposedly close friends until the summer and planning a road trip together that Archie bailed in favor of making out with his music professor by a lake. Between shows like Teen Wolf and Suits, it’s hard to argue that a lot of dramas don’t traffic in Tumblr-fuelling bromances and Riverdale is already joining the pantheon.

Jughead loves Archie and is so not above stalking his former bud through windows or confronting him on his lawn at night. These two bros are introduced as fanfiction fodder. And considering the fact that Archie’s current love interests are: a) yawn-inducing Mrs. Robinson Geraldine b) Betty and their complete lack of romantic chemistry c) Veronica who frankly deserves better, Jughead also makes for Archie’s most interesting scene partner.

Not to be outdone are the women of the show. Veronica had two Magnolia Cupcakes (an overrated NYC staple) flown to Riverdale in order to get Betty to have lunch with her. After their Archie-related kerfuffle last episode. This might be taken as a plot hole, considering that her mother is now working as a diner waitress, but we prefer to think that three credit cards were maxed out to make this ‘super caz’ lunch date happen.

“Even though I just met Betty, I felt like we were meant to be best friends,” Veronica ponders wistfully. Girl — that is psychotic. You met her four days ago! Forget your peasant friendship bracelets; overnighted Cupcakes from New York is the Riverdale standard.

Meanwhile, Betty herself is busy threatening to kill classmates during aborted sleepovers and playing a long chess game with her equally intense mother, whom she possibly hates for turning her back on her off-screen possibly deranged season-finale-teaser of a sister.

This is an intense new breed of CW teenagers that only move from one location to the next to confront one another over past grievances.

This episode more or less confirms that the formula of Riverdale will be thirty-five minutes of teen angst goodness with a weekly ‘Josie and the Pussycats’ performance, all topped off by a shocking revelation regarding the grizzly death of Archie-lookalike Jason Blossom. This week, Jason’s autopsy reveals that his actual demise took place a full week after his disappearance from the lake.

All signs currently point to sister Cheryl Blossom, so she is obviously not the culprit. Our money on the Jason Blossom whodunit? Quietly Unhinged Betty.

See you next week! 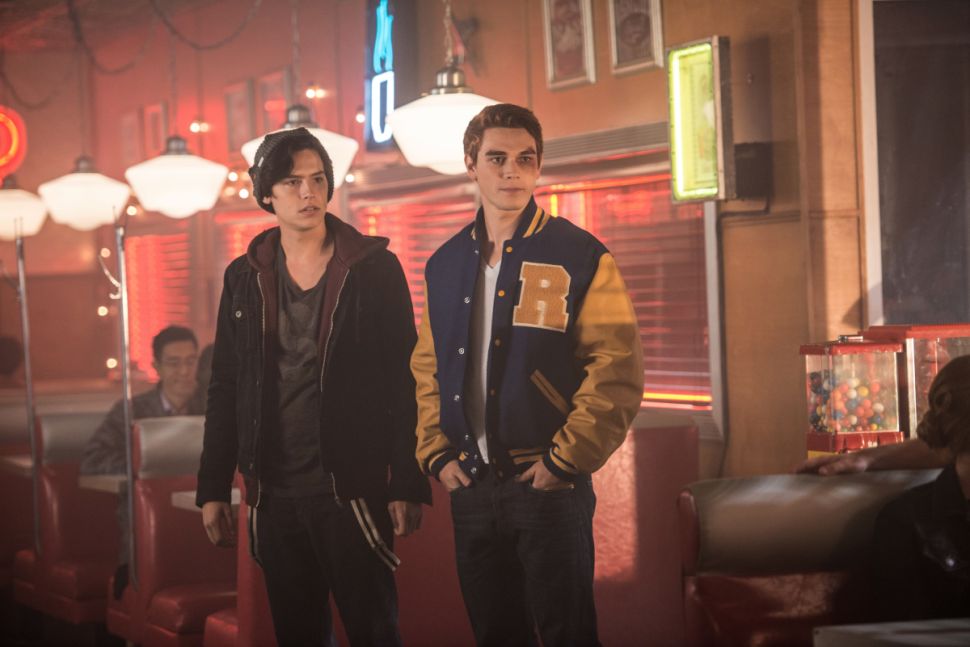