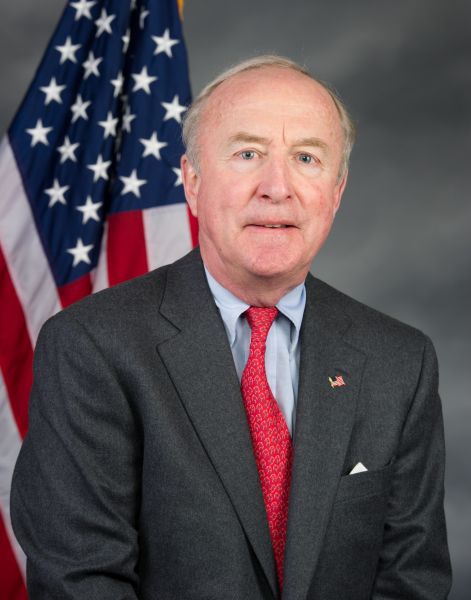 Congressman Rodney Frelinghuysen is New Jersey’s most powerful representative since Peter Rodino chaired the Judiciary Committee during Watergate. US House of Representatives

The Frelinghuysen name is so golden in New Jersey that it made its way into the ultimate arbiter of Garden State authenticity—The Sopranos. Season 4 opens with Tony and Assemblyman Zellman meeting to discuss the Esplanade project and its effects on real estate prices. When Zellman informs him that he’s “grabbing up parcels along Frelinghuysen Ave through a shell company,” Tony recalls that Uncle Junior owns a warehouse on the same street.

Just as Frelinghuysen Avenue has seen Newark and New Jersey evolve, so too has U.S. Rep. Rodney Frelinghuysen (R-Harding) waited patiently for his moment to shine. It looks to have arrived.

Frelinghuysen has reached the zenith of a long political career after last month assuming the chairmanship of the ultra-influential House Appropriations Committee, putting him in charge of who gets money in the federal budget over the next two years.

New Jersey political junkies may recall that he held a similar position in the late 80s while serving as a member of the State Assembly—the idea of a Republican majority in Trenton is quaint, but that actually happened. Frelinghuysen’s ascension to this powerful position—the first New Jerseyan ever to hold the chair—makes him the most powerful New Jersey congressman since Peter Rodino chaired the Judiciary Committee during Watergate.

Now some Democrats are plotting to unseat him.

While Frelinghuysen supremacy in Washington has been on an upward trajectory, his electoral potency in New Jersey’s 11th district has  actually diminished. He was re-elected to a twelfth term last November with 58% of the vote against West Orange lawyer Joe Wenzel, a political neophyte with no money or base. With Hillary Clinton at the top of the ticket and running away with the New Jersey vote, it was Frelinghuysen’s weakest showing since he won his House seat in 1994. Last week, the Democratic Congressional Campaign Committee put Frelinghuysen on its target list.

What has national Democrats suddenly interested in a traditionally strong GOP district are the presidential numbers: Trump beat Clinton by less than a percentage point (48.8%-47.9%), after Romney beat Obama by about six points. The recent drop of Frelinghuysen’s electoral prowess stems from congressional redistricting. In 2012, he took on some heavily Democratic towns in Essex, like the norther part of liberal haven of Montclair, as well as West Orange and Bloomfield. Frelinghuysen has actually held his own in some Essex towns of his district – he wins Nutley and Livingston.

New Jersey Democrats have a little bit of a bench: Essex County Freeholder-At-Large Brendan Gill, who managed campaigns for Frank Lautenberg and Cory Booker (and is now Phil Murphy’s campaign manager) is from Montclair. But don’t count on Murphy, if he’s elected governor, to pick a fight with the man who controls the federal purse strings.

A name worth knowing: Rodney Frelinghuysen is the third suggestion Google provides when ‘Rodney’ is entered. Google screencap

The more important thing to keep an eye on is 2022: House Republicans have term-limits on committee chairmanships (a gift from Newt Gingrich and his Contract with America). That means Frelinghuysen, who will be 76, is scheduled to return to the back benches in six years—when congressional districts are redrawn. Many veteran House members choose to retire rather than face the sudden ignominy that accompanies handing over the gavel to someone else.

Frelinghuysen might prefer retirement than the process of learning the geography and meeting the voters of a new district, both in a primary where conservatives might not like a man whose job is to dole out federal money, and in a general, if Democrats decide to keep adding Democratic geography.

If Frelinghuysen really does retire in six years, it will set up an epic fight between Republicans—like Jay Webber, Tony Bucco and maybe even first son Andrew Christie. And Democrats can be counted on to try to export voters from nearby seats that rack up 90% totals in an attempt to pick up the seat.

No discussion about Rodney Frelinghuysen is complete without a nod to his political history, which goes back to the days of the founding fathers. A campaign banner of Theodore Frelinghuysen, the Senator and former president of both New York University and Rutgers who was Henry Clay’s running mate in the 1844 presidential election, hangs in Rodney’s Washington office. Rodney’s father, Peter Frelinghuysen—actually, Peter Hood Ballantine Frelinghuysen II, and in case you’re not impressed enough by that name, Rodney’s mother was Beatrice Sterling Procter, as in Procter and Gamble—was only 58 when he voluntarily retired from the Morris County House seat in 1974, despite having recently become the ranking minority member of the House Foreign Affairs Committee during his eleventh term in Congress. 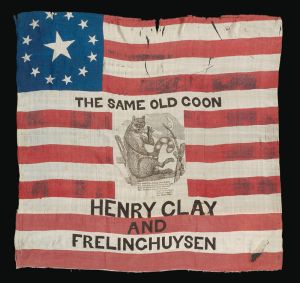 Rodney himself entered the House without having to win the tough primary that always accompanies a safe seat. In 1990, he ran in what was then the 12th District against eventual winner Dick Zimmer and former Giants wide receiver Phil McConkey. During that race, Frelinghuysen correctly predicted that Zimmer’s consultant, Larry Weitzner, would portray him as “an irrelevant debutante” as the Philadelphia Inquirer put it, and sent out a pre-emptive 7-minute VHS tape to introduce him to Republican voters. Unfortunately, the tactic only underscored the impression that he was trying to buy the race and Frelinghuysen came in third place.

Then in 1994, he caught a break. Congressman Dean Gallo, six-term incumbent in the 11th, where 1990 redistricting now placed Frelinghuysen, beat back a tough challenge from three opponents in the Contract With America year. Gallo, who had been a mentor to Frelinghuysen when they served together as Morris County freeholders and in the Assembly, then had to withdraw because of a diagnosis of terminal prostate cancer. Essentially from his deathbed, Gallo asked the committee members to name Frelinghuysen his replacement and he went on to crush Democratic State Senator Frank Herbert  by more than 40 points in the general. Despite his lineage and country club demeanor, Frelinghuysen has proven impressively resistant to primary challenge. In three recent attempts, including the tea party year of 2010, the congressman knocked back challengers by 30 or more points.

The conclusion: Rodney Frelinghuysen will likely leave Congress when he’s ready, on his own terms. In the meantime, New Jerseyans might just be the better off for having someone of his stature controlling the nation’s checkbook. 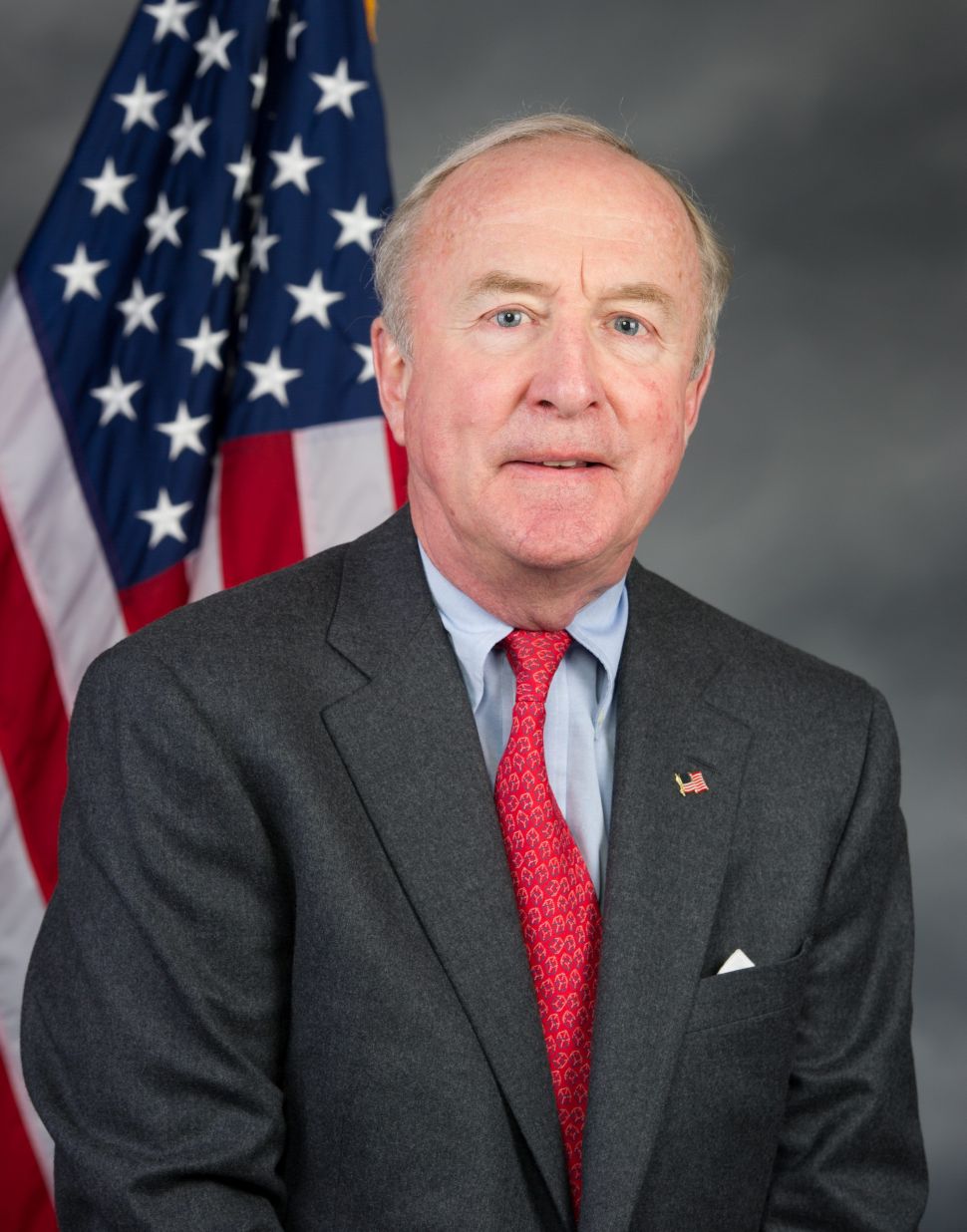