General Michael Flynn’s embarrassing resignation has provoked a resurrection of the Democratic Party’s Russian hysteria. In the wake of this wave of negative publicity for the Trump administration, Hillary Clinton and her campaign staff desperately attempt to breathe life into their sinking careers. As though the presidential election never ended, the Clinton campaign is the opposition against Trump.

CNN interviewed Clinton campaign Press Secretary Brian Fallon as well. “It’s an attempt to distract, Chris, from very serious allegations that are just the latest shoe to drop in what is becoming an unraveling narrative for the Trump campaign that really threatens the legitimacy of his election,” Fallon told CNN’s Chris Cuomo.

Clinton Super PAC operative David Brock told NBC News that “subpoenas would be flying left and right,” if Clinton was in the same position that the Trump administration is in now.

Kohn’s tweet is reminiscent of failed calls to recount votes and push electors of the Electoral College to defect from Trump to Clinton. A Mediaite article and thousands of other pro-Clinton sites reverberated Kohn’s call to instill Clinton as president. Of course, these sources fail to acknowledge the reasons why Clinton lost to Trump even though her campaign and the DNC elevated Trump’s candidacy so that she would have an easily beatable opponent. Democrats’ hysteria about Russia is entirely predicated on the Party pushing for investigations into alleged Russian election interference while simultaneously giving the Clinton campaign and the DNC a free pass for cheating to help Clinton’s campaign.

Renewed calls for Clinton to be president are nothing more than an extension of Clinton’s entitlement. “It’s her turn,” is still the Democratic establishment’s ethos. The same mainstream media journalists who lavishing her campaign with endorsements and stories that legitimized her campaign’s arrogance, have provided Hillary and Chelsea Clinton with favorable post-election coverage. Rumors have circulated over whether Chelsea Clinton will run for Congress or Senate, and Hillary Clinton has been pushed to run again for president in 2020 or for mayor of New York City. Every tweet from Hillary Clinton is widely reported and Chelsea’s are treated as substantive resistance to Trump.

The resurrection of praise for Hillary Clinton is not only poor opposition to Trump—given Clinton’s low favorability—but it further undermines efforts to reform the Democratic Party. During the race for DNC chair, Clinton partisan and former Secretary of Labor Tom Perez is likely benefiting from the Russian narrative against Trump because it provides the Democratic establishment with a scapegoat for losing elections nationwide. The Russian narrative provides the opportunity for Clinton partisans and the Democratic Party to avoid reform, as they double down on the same failed strategies that got Trump get elected. 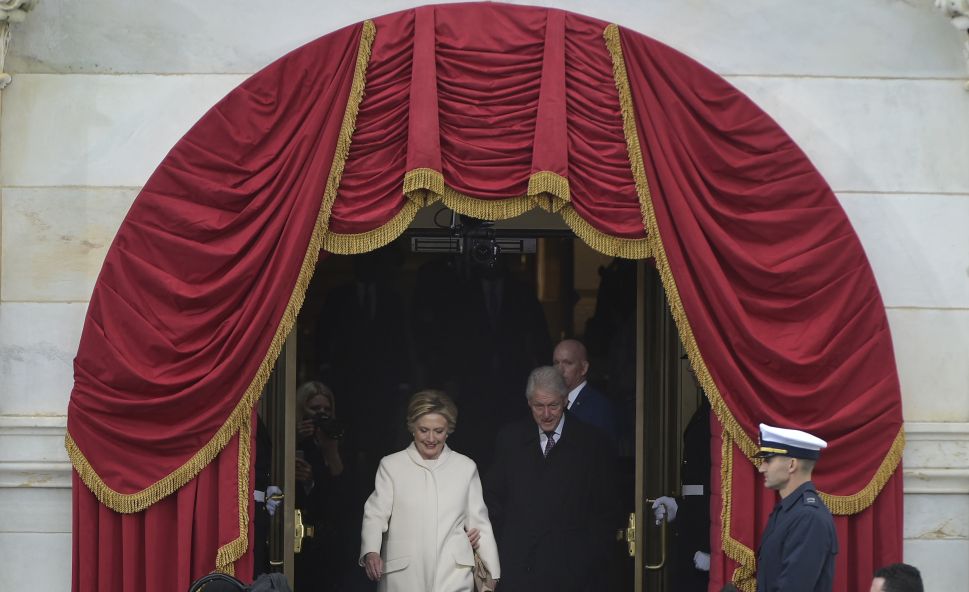