“I’m mad as hell and I’m not going to take it anymore.” That famed Network refrain has a different connotation when applied to contemporary women because the emotion can be read pejoratively: when women get angry they must be on the rag or losing their grip. Heated debate? Let’s call it a cat fight.

“Anger has an important place in transforming our political consciousness, and should be valued as such,” wrote Black Lives Matter co-founder Alicia Gorza last week. American culture has limited women’s expression of righteous anger yet rage propelled the Women’s Marches that occurred from the Mall in Washington, DC, to Main Street in Park City, Utah. And it’s in that context that Salma Hayek’s quotes, reported by Los Angeles Times reporter Amy Kaufman at a lunch toasting women in film, resonate. During a charged debate about the gains for women, the need for change in Hollywood – and the thorny issue of ethnic and gender inclusion in the struggle for equality — Kaufman quoted Hayek as saying:

Baby, I’m Mexican and Arab. I’m from another generation, baby, when this was not even a possibility. My generation, they said, “Go back to Mexico. You’ll never be anything other than a maid in this country.” By the head of studios! There was no movement. Latino women were not even anywhere near where you guys are. I was the first one. I’m 50 years old. So I understand.

With props to Chita Rivera, Rita Hayworth and Carmen Miranda, among others, Hayek’s point was that she has been struggling to realize her talent as an artist and individual in a hostile environment for decades. And, at 50, she also must contend with the industry’s rampant ageism. What may be even more unsettling is the way in which her accumulated wisdom – and outspoken delivery – reflected a culture where respect for elders is passé. But disregard this wisdom at your own peril!

The A-list actress reportedly sparred with rising star Jessica Williams, 27, who delivered a rousing speech at the local women’s march. The formerDaily Show correspondent who plays the lead in James Strouse’s The Incredible Jessica James told the shivering crowd: “I am my ancestors’ dream. They fought for me to be able to stand up here in the cold-ass snow in front of a bunch of white people wearing Uggs.”

The roots of the women’s brunch brouhaha that emerged between Hayek and Williams and extended out to include those present including Shirley MacLaine and Alfre Woodard were generational, racial and sexual, reflecting the larger critical split in the women’s movement beyond the petri dish of the Sundance Film Festival.

“When I talk about feminism, sometimes I feel like being a black woman is cast aside,” said Williams, someone abashed in the face of Hayek, a sharp even confrontational debater. “I always feel like I’m warring with my womanhood and wanting the world to be better, and with my blackness – which is the opposite of whiteness.”

Transparent creator Jill Soloway bolstered Williams, saying, “With intersectional feminism, it’s our responsibility as white women to recognize that when there are people of color or people who are queer – we need to prioritize your voices and let you speak the loudest and learn from your experience, because we haven’t been listening.”

And, there, amid celebrity chef Cat Cora’s lamb stew and halibut, a major fault-line within the contemporary women’s movement cracked open. The hospitable Cora, who confessed she was a gay Southerner who had been molested at six, offered the can’t-we-all-just-get-along salve. Urging her guests to have each other’s backs, she unwittingly struck on the movement’s greatest challenge: unity, particularly amid the clamor of diversity politics.

Seeking insight to articulate my own frustration, I turned to Black Lives Matter activist Gorza, who wrote: “Building a movement requires reaching out beyond the people who agree with you.”

The discussion documented in the Los Angeles Times among boldfaced names and newcomers reflects a national debate happening in laundromats and dorm rooms and public libraries across the nation. If our goal, and here I join Hayek, is to achieve equality as individuals in a crusade that has been a long time coming, we may need to respectfully question Soloway’s intersectional feminist priorities. Why? For the sake of achievable large-scale societal change, while acknowledging the difficult road traveled by LGBTQ women and those of color.

Now is not the time to divide but unite, as Gorza underscores: “If there was ever a time to activate our organizer super powers, this is it. I’m not going to argue that black people or other people of color need to stop holding white people accountable. White people are not going anywhere, but neither are we if we don’t start to think and do differently.”

We can afford anger. We can afford debate. But we can’t afford to stumble over internal divisions in the name of inclusion. As Gorza concludes, “We can build a movement in the millions, across difference. We will need to build a movement across divides of class, race, gender, age, documentation, religion and disability. Simply said, we need each other, and we need leadership and strategy.”

We have a common enemy. Now, we have to eat their lunch. 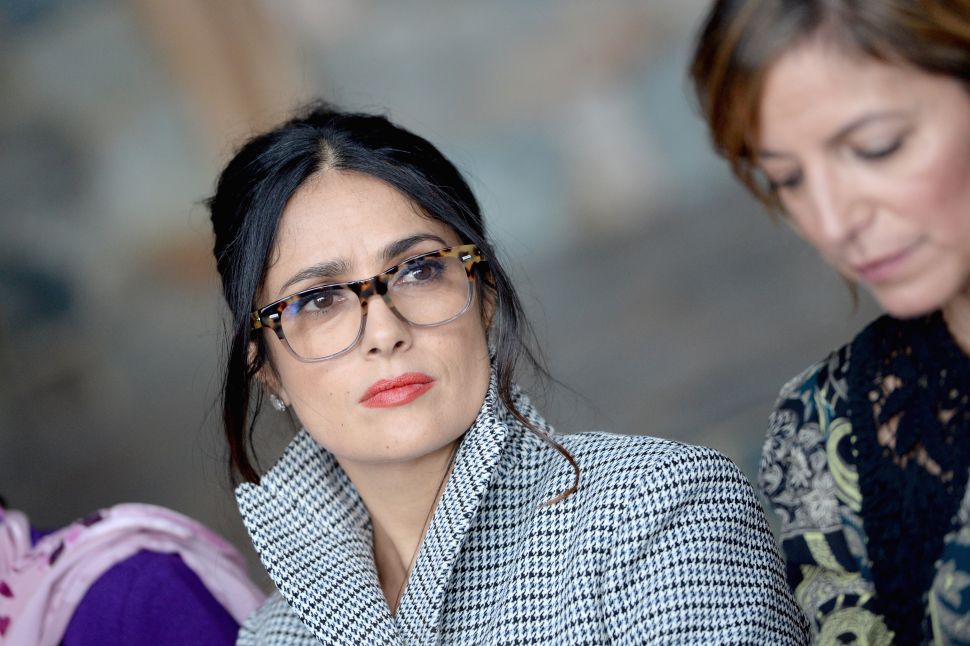