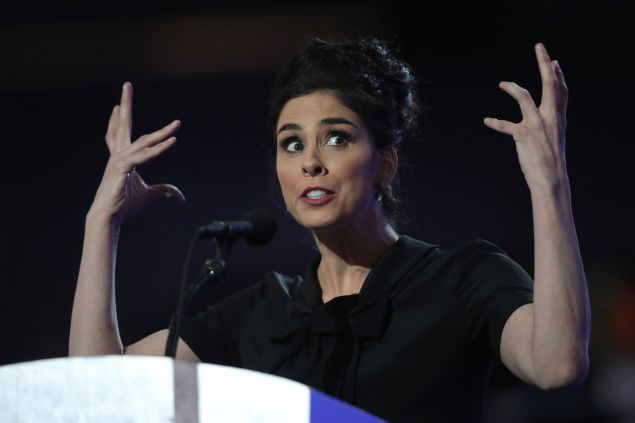 In a tweet to her 10 million followers late last night, Sarah Silverman – famed for plumbing the depths of the toilet for her signature brand of humor – is now calling on the military to “overthrow the government.”

WAKE UP & JOIN THE RESISTANCE. ONCE THE MILITARY IS W US FASCISTS GET OVERTHROWN. MAD KING & HIS HANDLERS GO BYE BYE❤❤❤❤ https://t.co/Y2WZbL012A

This seditious sentiment has been kicked around by many of my film biz colleagues – most of them liberals and many of them fanatic HRC supporters – who seem to have their heads exploding scanners style in the wake of the election.

With a distinct lack of hindsight they’re now supporting the notion that military professionals should pull off an Operation Valkyrie and remove the head of the Executive Branch.

A “provisional government” calling the shots until new elections can be held? Sorry… tried and failed in many a bananas republic and usually whomever emerges from a down and dirty cage match finds the throne and refuses to vacate… I’m thinking of that marvelous scene from Woody Allen’s Bananas

Sarah seems to have a savior thing going, positioning herself as Phoenix rising from the now or future ashes of Main Street to save us all.

I’m imagining that she was struck by the iconic figure of Marianne in Delacroix’s iconic Liberty Leading the People – bare breasted, rifle in one hand, French Tri-color in the other – rallying the troops in rebellion and musing to herself:

Wow… couldn’t that be me?

Unfortunately, Silverman is not the only Tinseltown lefty who seems to have forgotten that we’re a country ruled by laws and a constitution.

Hollywood is a swampish terrain where this sort of thinking is bred, if not encouraged. After all, it’s a bubble world full of narcissistic actors attended to by retinues of sycophantic agents, publicists (the worst), managers and assorted riff-raff where you can get away with saying just about anything. Except, in my opinion, what she just said.

Unfortunately, Silverman is not the only Tinseltown lefty who seems to have forgotten that we’re a country ruled by laws and a constitution. Last night during the riot at Berkeley that canceled a planned speech by right-wing provocateur Milo Yiannopoulos, the filmmaker (and karate champ) Lexi Alexander tweeted “Hate speech is not free speech.” She said it three times and sadly, was wrong all three times. Then there’s Judd Apatow, who directed “Trainwreck” and “This Is 40.” He tweeted a warning to right-wingers while the riot was unfolding: “This is just the beginning,” he promised. He later deleted the tweet, but conservatives looking to express their opinions in public have been put on notice.

These ideas–that only the left can express itself freely and that the military should intervene to make that happen—are dangerous to our democracy.

For one thing we have a professional military bound by codes of conduct and honorable intentions. I clearly remember when all my colleagues – including myself – took to the streets to protest the dishonorable intentions of the Chilean military that couped up against a democratically elected Salvador Allende.

Like Sarah, in the recent election I was a Bernie guy and have spent several decades of film work running down a lefty road that passed even Bernie’s exit. But I also have a healthy, respect for professional warriors and, by extension, the warrior ethos.

Has Sarah ever really hung out with the soldierly crowd?

Together with Pacific Street’s co-founder, Steven Fischler, we’ve done just that producing a series and individual programs on warrior traditions – everything from the Samurai, to the Gurkhas, French Foreign Legion; and, yes, Special Forces. In fact, interestingly, in the late 1990’s both Steve and myself were invited to attend the renaming ceremony at the Special Warfare Center at Fort Bragg (we’re still involved in an on-going documentary highlighting the overlooked and secret activities of the so-called SOG units during the Vietnam War).

Ok, I’ve laughed – sometimes hysterically – at Sarah’s doody jokes and myriad references to excretory functions. But this latest activist twist is totally insulting to the career military whose ranks are filled with individuals who aren’t taken with the notion that they should storm the White House.

Perhaps Sarah might get a copy of John Frankenheimer’s classic 1964 thriller, Seven Days in May, and check out how a military coup in this country might play out.

Joel Sucher is a founder of Pacific Street Films, which has produced I Promise To Remember: The Story Of Frankie Lymon and the Teenagers and From Swastika To Jim Crow. 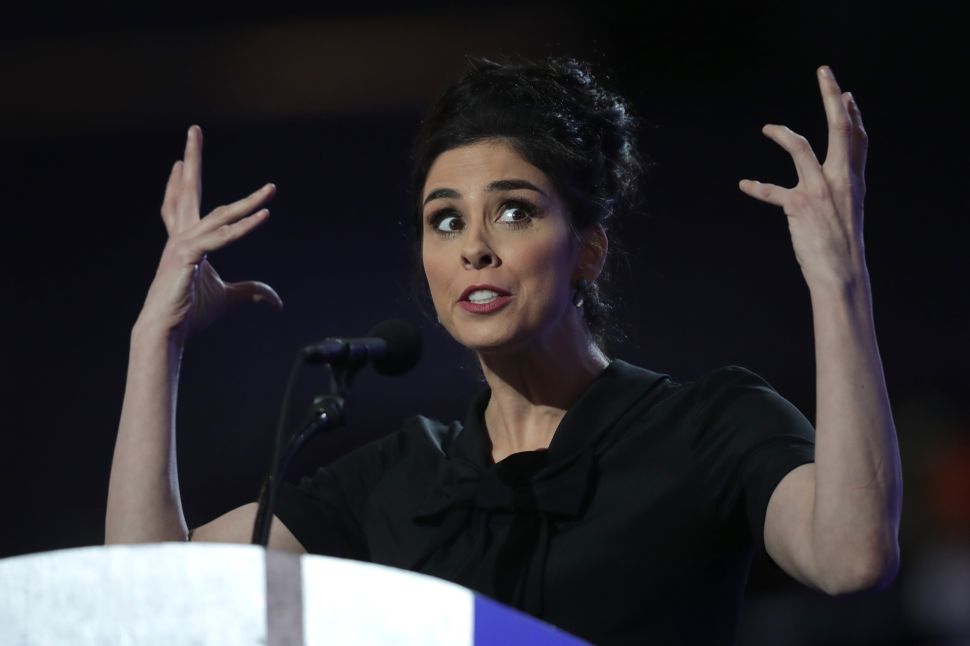