On top of their awards, both Scarlett and Donatella went home with auction lots to boot. Johansson chose to pick up a pair of $50,000 Harry Winston earrings, shown on stage by Victoria’s Secret supermodel Josephine Skriver, while Donatella acquired a photo portrait by Christopher Makos of amfAR Founding International Chairman Elizabeth Taylor atop Malcolm Forbes’ motorcycle for a relatively modest $40,000.

Despite these intelligent investments by both leading ladies, the highest selling auction item was a vending machine full of 363 bottles of Moët & Chandon champagne, which was snapped up for $85,000. 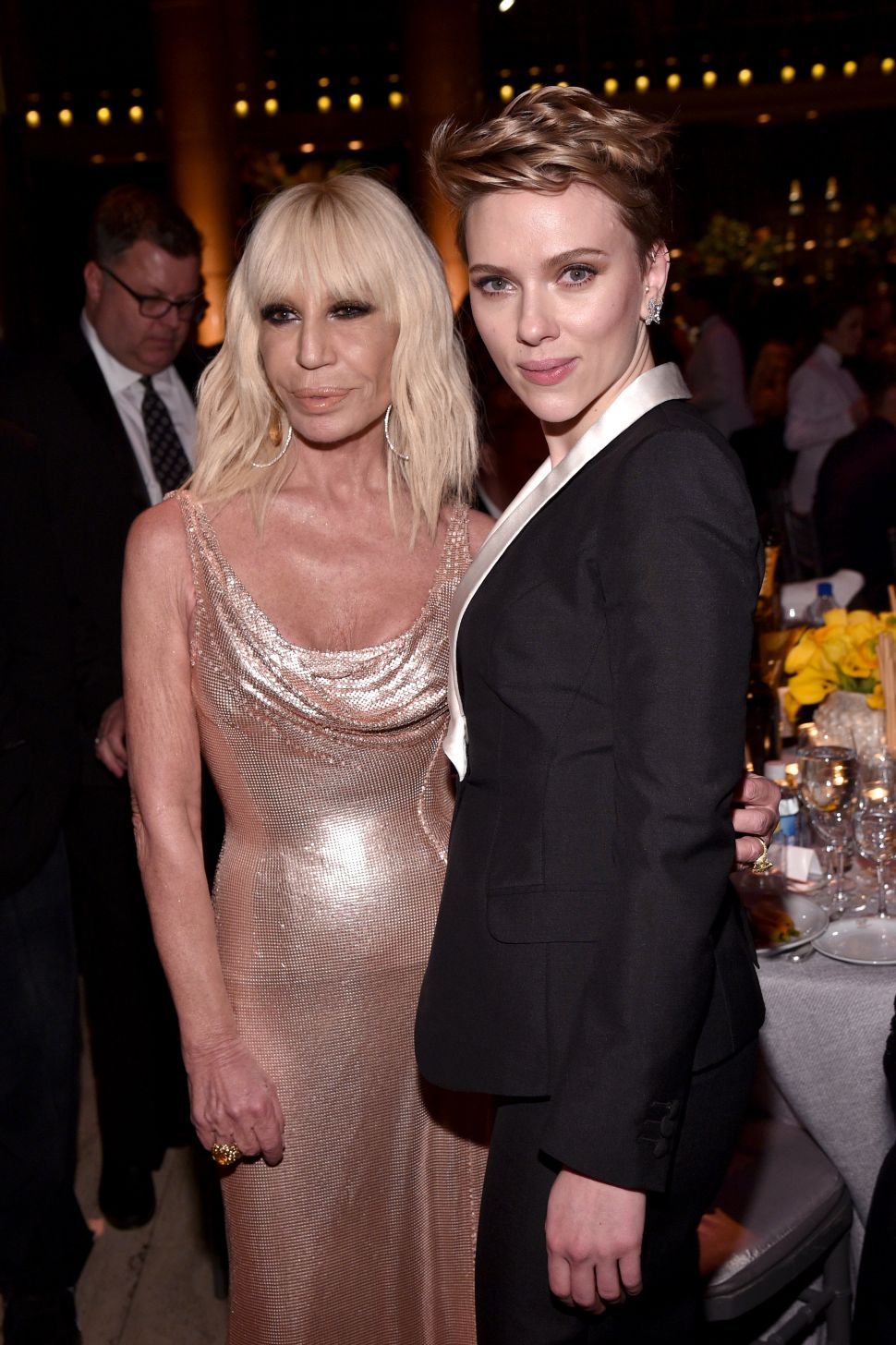