He may be best known for his gum swallowing habit and his resemblance to Melissa McCarthy, but White House Press Secretary Sean Spicer has also become a meme because he mispronounces the names of foreign leaders—he called Canadian Prime Minister Justin Trudeau “Joe Trudeau” and Australian PM Malcolm Turnbull “Malcolm Trumble.”

And now, because the internet will never let a good joke die, the Sydney Morning Herald has created the “Spicer-izer.” Simply type in a name and press “Go” to see how it would sound on the Press Secretary’s lips. This reporter became: 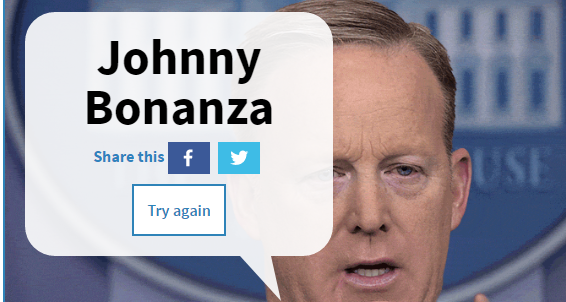 Not quite, Spicey. Sydney Morning Herald

While my colleague Sage Lazzaro’s name was changed to: 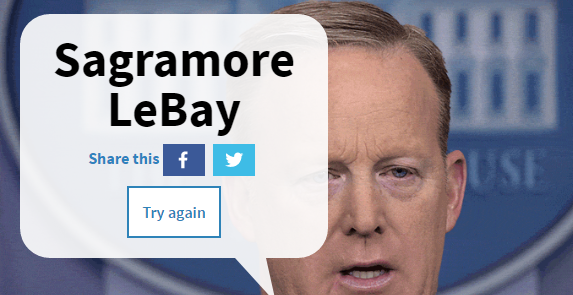 Here are a couple more examples from the Observer office: 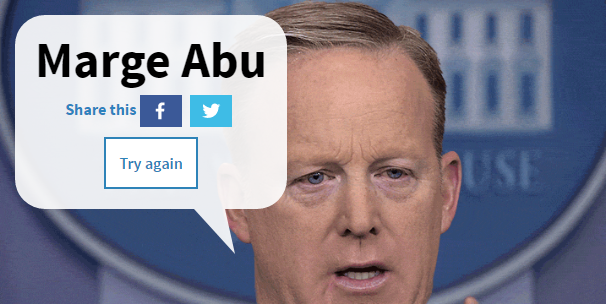 The same pattern holds true for celebrities. The Grammy-snubbed Beyonce and her husband Jay-Z became:

While the chronically “overrated” Meryl Streep is now:

The best result, however, comes when you input the name of Spicer’s boss:

So there you have it: President Trump has another reason to hate the media, and you have the perfect time waster for your long weekend. Enjoy! 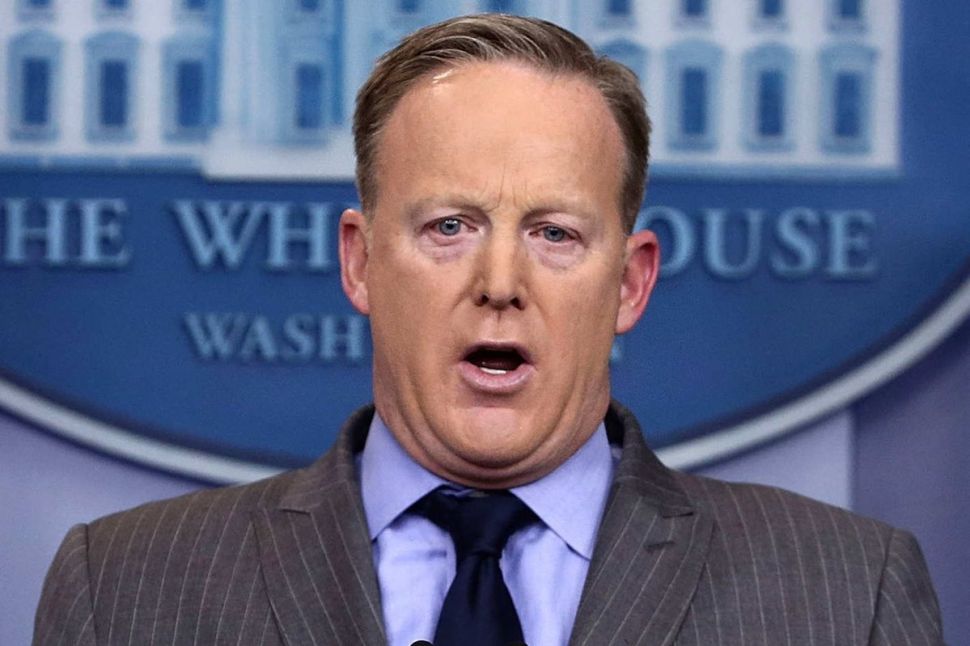