Today I’m sharing a list featuring 11 of history’s most famous entrepreneurs. From Oprah to Hans Christian Anderson, we’re sharing these tales of past and present entrepreneurs who had to claw their way to the top.

I think Oprah Winfrey has one of the most amazing modern rags-to-riches stories of all time. As you’re probably well aware, Oprah is the richest African American of the 21st century, and with a net worth of over $3 billion, she is regarded as arguably the most influential woman in the world.

Her incredible success is all the more impressive considering her rough upbringing. The daughter of an unmarried teen who worked as a housemaid, Oprah grew up in extreme poverty. Her family was so poor that, as a child, Oprah was teased at school for wearing dresses made of potato sacks. She also was the victim of sexual abuse at the hands of family members, which she discussed with TV viewers during a special episode of her show.

Oprah’s first big break was her gig at the local black radio station. Stations managers were impressed with her oration and passion, leading Oprah to work her way up the ranks to bigger radio stations, eventually resulting in her appearing on TV as well.

It was actually Robert Ebert who convinced Oprah to sign the deal that launched The Oprah Winfrey Show. And the rest, folks, is history.

Walt Disney started off as a farm boy drawing cartoon pictures of his neighbor’s horses for fun. When he was older, Walt tried to get a job as a newspaper cartoonist, but was unable to find one and ended up working in an art studio where he created ads for newspapers and magazines. Eventually he grew to work on commercials, became interested in animation, and eventually opened his own animation company.

Disney’s first original character creation was Oswald the Lucky Rabbit, but it was officially owned by Universal Pictures because he was working under contract at the time. When Walt walked out on Universal Pictures after getting a pay cut, he needed to create a replacement, which is how Mickey Mouse came into being.

Disney was wildly successful with his animation company, but he wasn’t satisfied. He was determined to make the biggest and greatest theme park ever seen, saying to a colleague, “I want it to look like nothing else in the world.”

One of the biggest entertainment moguls of all-time, with an unrelenting spirit and commitment to his vision, Disney is undoubtedly an entrepreneurial all-star.

Today J.K. Rowling is a household name for fans of the beloved Harry Potter book series, but she wasn’t always gifted with magic. The fact is, J.K Rowling was at her rope’s end before her misfit gang of witches and wizards saved her. Before her bestseller cast a spell on readers, J.K. Rowling was living on welfare and struggling to get by as a single mother.

Today she is estimated to have a net worth of $1 billion. Rumor has it she’s also the president of Gringotts Wizarding Bank, although it’s a bit of a secret among the goblins.

Did you know that some people believe that J.K Rowling sold her soul to the devil in exchange for the Harry Potter inspiration? When you’re so successful people think you’re making deals with the devil, you’re a pretty big deal.

Today he’s known for his Paul Mitchell hair products and for Patron Tequila, but John Paul DeJoria started off at the bottom. A first-generation American, DeJoria was born to German and Italian parents. He was sent to live in a L.A. foster home, and he even spent time in a street gang.

John Paul DeJoria proves that things have to get worse before they get better.

Sarah Breedlove (aka Madam CJ Walker) was one amazing lady. She is regarded as the first black female self-made American millionaire.

Born in 1867, her parents and older siblings had been slaves on a Louisiana plantation. She was the first of her family to be born into freedom (that’s some lucky timing!).

Madam CJ Walker started her own line of beauty and hair products specifically designed for black women. She saw a market that wasn’t being met, and created a solution to a problem no one else seemed interested in solving.

As you can imagine, during her time she had to fight tooth and nail for every step up the ladder. A smart, strategic, and enterprising woman, she perfectly embodies the entrepreneurial spirit (with stylish hair to match).

You can’t really make a self-respecting “famous entrepreneurs” list without throwing in Steve Jobs. Jobs dropped out of college because his family couldn’t handle the financial burden of his education. He unofficially continued to audit classes, living off free meals from the local Hare Krishna temple and returning Coke bottles for change just to get by. Jobs credited the calligraphy class he stopped in on as his inspiration for the Mac’s revolutionary typefaces and font design.

Jobs went on to have an unbelievable career, eventually forming the Apple Computer Company with his childhood friend and electronics expert Steve Wozniak. Often referred to as “The Grandfather of the Digital Revolution,” Jobs forever changed the consumer electronics industry. At the time of his death, his net worth was over $8.3 billion, and his influence will be felt for many digital generations to come.

Just hearing Andrew Carnegie’s name brings back yawns and daydream distractions from high school history class. I had no interest in Carnegie back in school, but today he serves as a pretty amazing example of entrepreneurship.

Carnegie had a really rough life growing up. He spent his childhood working in factories, and at night he forced himself to sleep as a way to forget his constant hunger.

Carnegie eventually worked his way up to becoming a superintendent for the Pennsylvania Railroad Company before creating several of his own businesses, the most successful being the Carnegie Steel Mill. Despite being one of the richest Americans of all-time, he also serves as a class act example of generosity.

Following his belief that “the man who dies rich dies disgraced,” Carnegie donated nearly 90 percent of his wealth to various charities and foundations. His is widely considered one of the largest benefactors of libraries and educational institutions across the country. Thank you, Carnegie, for giving a second home to us nerdy kids who practically lived in our local libraries.

Only an entrepreneur would conduct some of the wacky experiments old Benny was always up to. Franklin is credited with creating the lightening rod, bifocals, and the Franklin stove (yeah, that last one might have been a bit of a flop).

Like many famous entrepreneurs before and after him, Franklin was a man of a thousand hats. Scientist, printer, politician, inventor, author, diplomat, and savvy businessman were just a few of his many trades.

Even though we give these Gilded Age guys a lot of tough love for being so filthy rich, you can’t say they didn’t do good with their fortunes.

One of the world’s wealthiest individuals of all time, Rockefeller was born the son of a traveling salesman. He showed early entrepreneurial promise selling candy and doing odd jobs for neighbors, eventually going on to become the founder of the Standard Oil Company. There’s no business quite like oil business, and it made Rockefeller filthy rich.

While Rockefeller is accused of using shady business tactics to wipe competitors off the map, over his lifetime he donated $500 million to philanthropic causes (which he was inspired to do by Carnegie).

Anderson grew up poor, but set off alone to Copenhagen at 14 when a fortuneteller told him that although he would suffer early on, eventually he would become famous.

Those predictions came true, as Anderson first tried and failed to become actor and singer. Seeing something special in Anderson, the director of the Royal Danish Theater took him under his wing and attended to his education. Anderson was teased terribly at school and harassed by students and a hateful headmaster, and he considered those some of the darkest days of his life.

After leaving school, Anderson began to publish his writing. His fairy tales became immensely popular and eventually earned him the fame he was promised as a child. He never forgot his initial poverty — The Little Match Girl was inspired by how his mother was forced to go begging in the streets as a young girl.

Today Hans Christian Anderson is still beloved, known for rich fairy tales, many of which have inspired Disney animation classics (which, it should be noted, have muchhappier endings than the original tales).

Bill Gates is one of the most famous entrepreneurs of our era. The richest man in the world, Gates has a net worth estimated to be over $79 billion. He’s held the title of “world’s wealthiest individual” for 16 of the past 21 years.

Co-founder of the world’s largest PC software company, Microsoft, Gates was one of the defining figures of the personal computer revolution.

Gates showed an interest in computer programming at a very young age, spending all of his free time creating programs on the teletype terminal computer his school had donated. Gates went on to create Microsoft and develop the Windows operating system, which continues to be tremendously popular.

Bill Gates is, like many other famous entrepreneurs, also known for his philanthropic activities, donating very large amounts of money to charitable organizations and scientific endeavors. Gates established the Bill and Melinda Gates Foundation in 2000, a private philanthropic foundation dedicated to reducing poverty, enhancing health care, improving education opportunities, and providing access to technology worldwide. Gates himself has donated over $28 billion to the foundation, which he continues to work for.

Have these famous entrepreneurs inspired you? Maybe you’ll be next on the list. 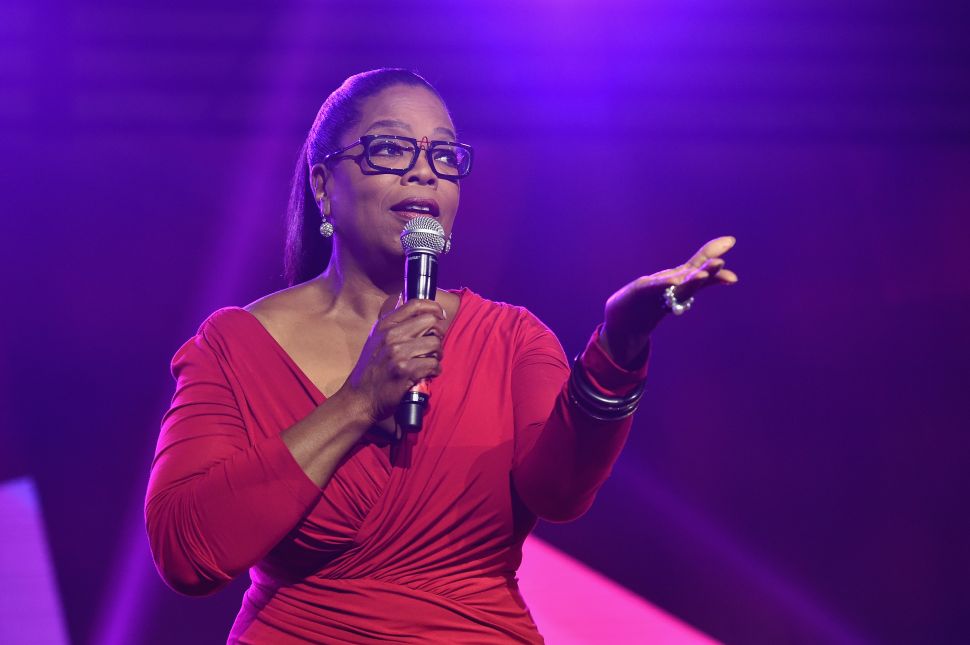