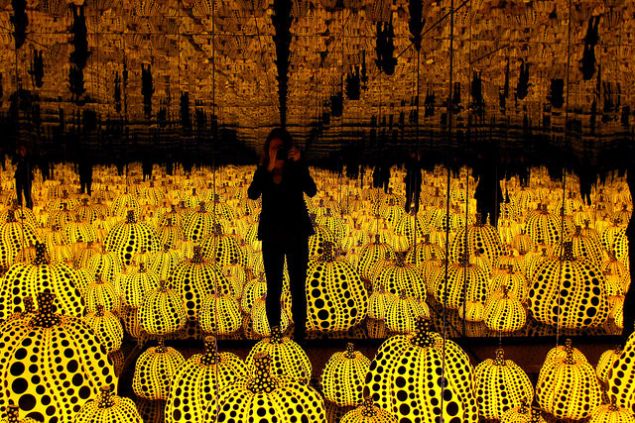 Yayoi Kusama’s All the Eternal Love I Have for the Pumpkins. Bex Walton via Flickr

Mirrors, selfies and pumpkin patches don’t mix. Just ask the Hirshhorn Museum in Washington D.C., where, over the weekend, a visitor trying to snap a pic apparently tripped and fell, smashing a ceramic glowing pumpkin art work. A similar, standalone piece is worth almost $800,000, according to Artnet.

The crushed sculpture is part of Japanese feminist artist Yayoi Kusama’s “Infinity Mirrors,” open since last Friday at the Hirschhorn, and consisting of a series of mirrored, polka-dotted installations that have captivated the art world and everyday Instagrammers alike.

The snafu has left the room, “Infinity Mirrored Room — All the Eternal Love I have for the Pumpkins,” which is Kusama’s most recent “infinity room,” closed for the time being, according to Hyperallergic. When it reopens there will be an increased staff presence, a spokesperson for the museum told the website.

The small rooms of the “Infinity Mirrors” show had already resulted in the museum’s first ever use of staggered entry, as the institution anticipated high demand for the very popular artist. There’s only space for a maximum of three people to experience each room at any given time.

It does not appear that any charges will be filed against the un-named pumpkin smasher. 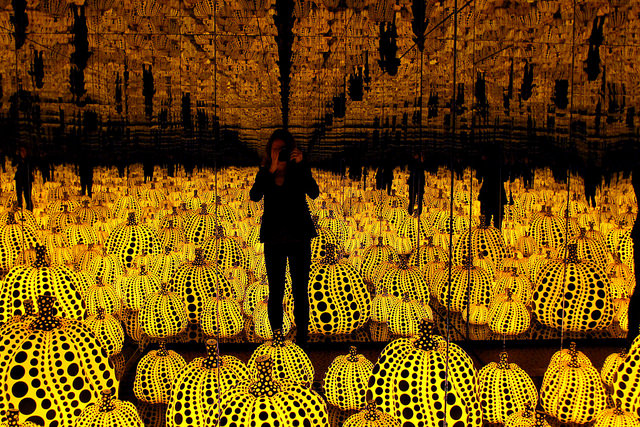