The buzzed-about Impossible Burger that was developed in a Silicon Valley lab is not your average burger. It’s made of only plants and is 100 percent natural, but it looks, cooks, smells, sizzles, tastes and even bleeds just like ground beef.

Investors like Bill Gates and Google Ventures have put $182 million into Impossible Foods, the company behind it, and in July 2016, the burger made its public debut when David Chang began serving it at Momufuku Nishi in NYC. But the company’s most recent feat is proving that making a meat substitute that is nearly indistinguishable from beef is far from impossible.

It just made huge strides in the culinary world by landing on the menus of Brad Farmerie’s restaurants Saxon+Parole and PUBLIC in NYC. With a menu touting 40-ounce steaks and a $195 meat platter called “Holy Cow!,” the former is a meat-lovers dream. And as for PUBLIC, it’s one of the city’s most acclaimed eateries and touts two James Beard Awards and even a Michelin star. The PUBLIC version of the burger will also be featured at its sister bar The Daily, where it will actually replace the beef burger currently on the menu.

Farmerie invited the Observer into Saxon + Parole, where he cooked up both burgers for us. Check out the video above to learn more and see how the Impossible Burger sizzles and bleeds.

And read more about the Impossible Burger here. 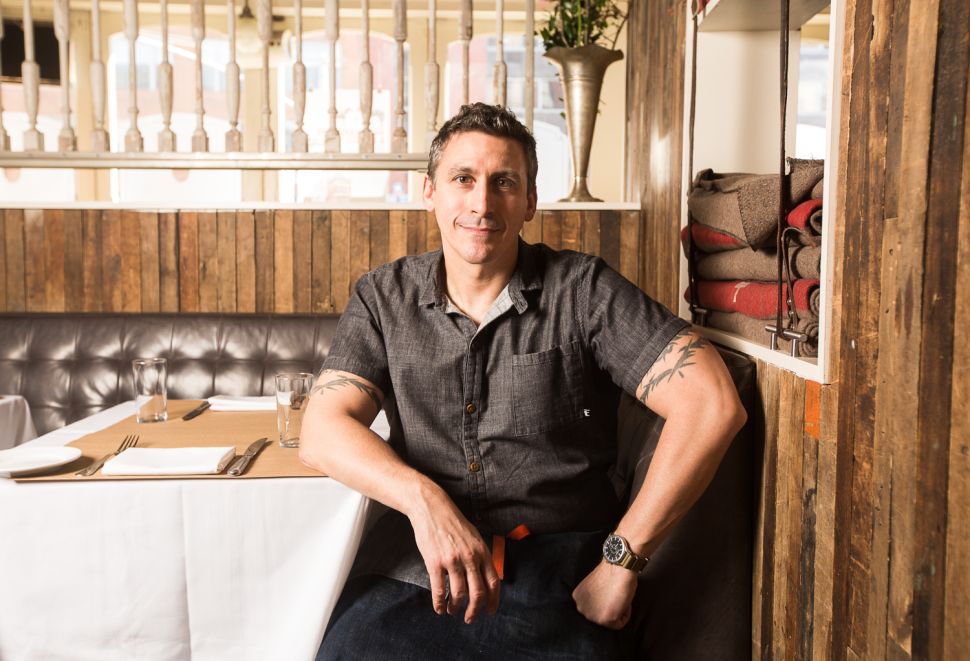