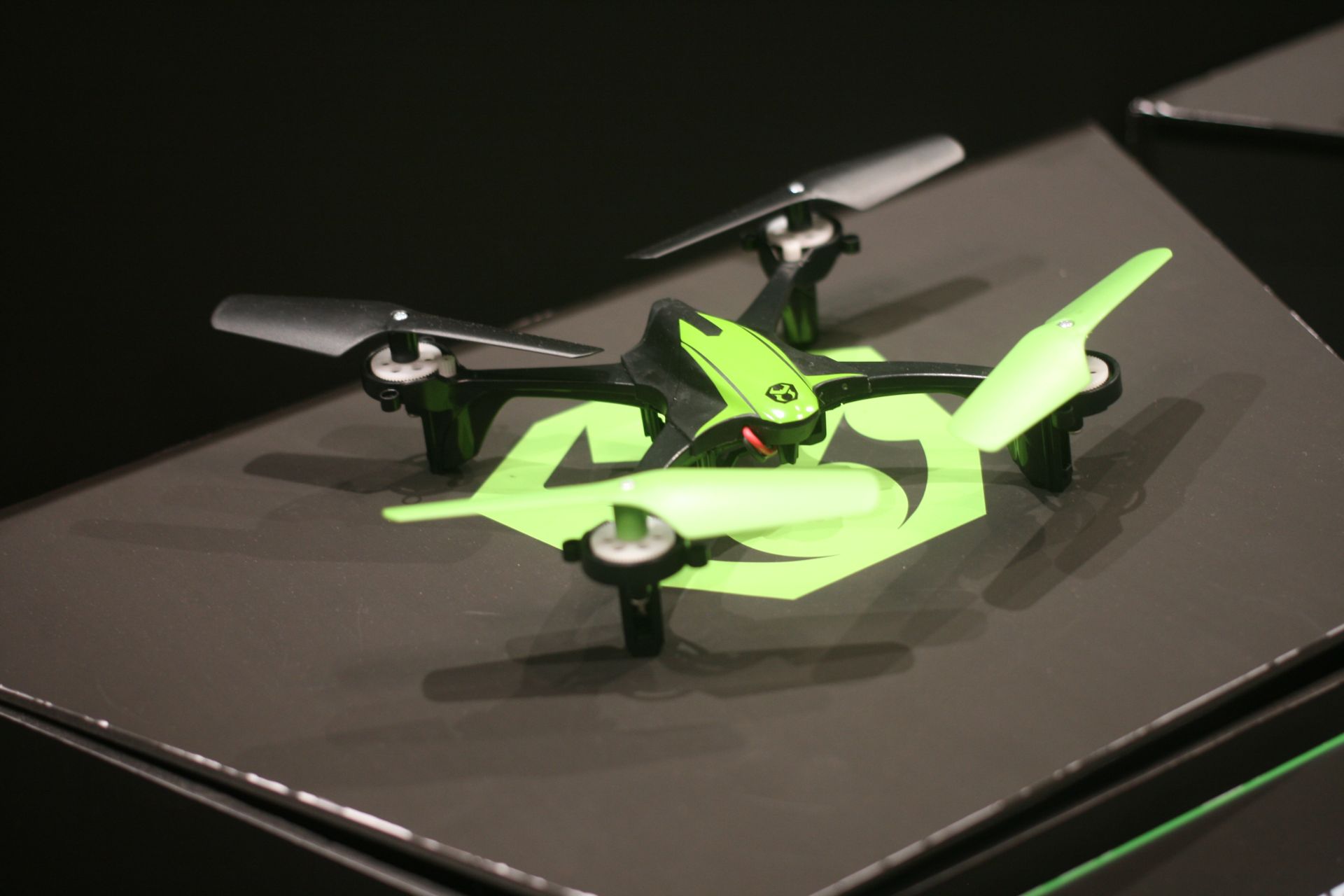 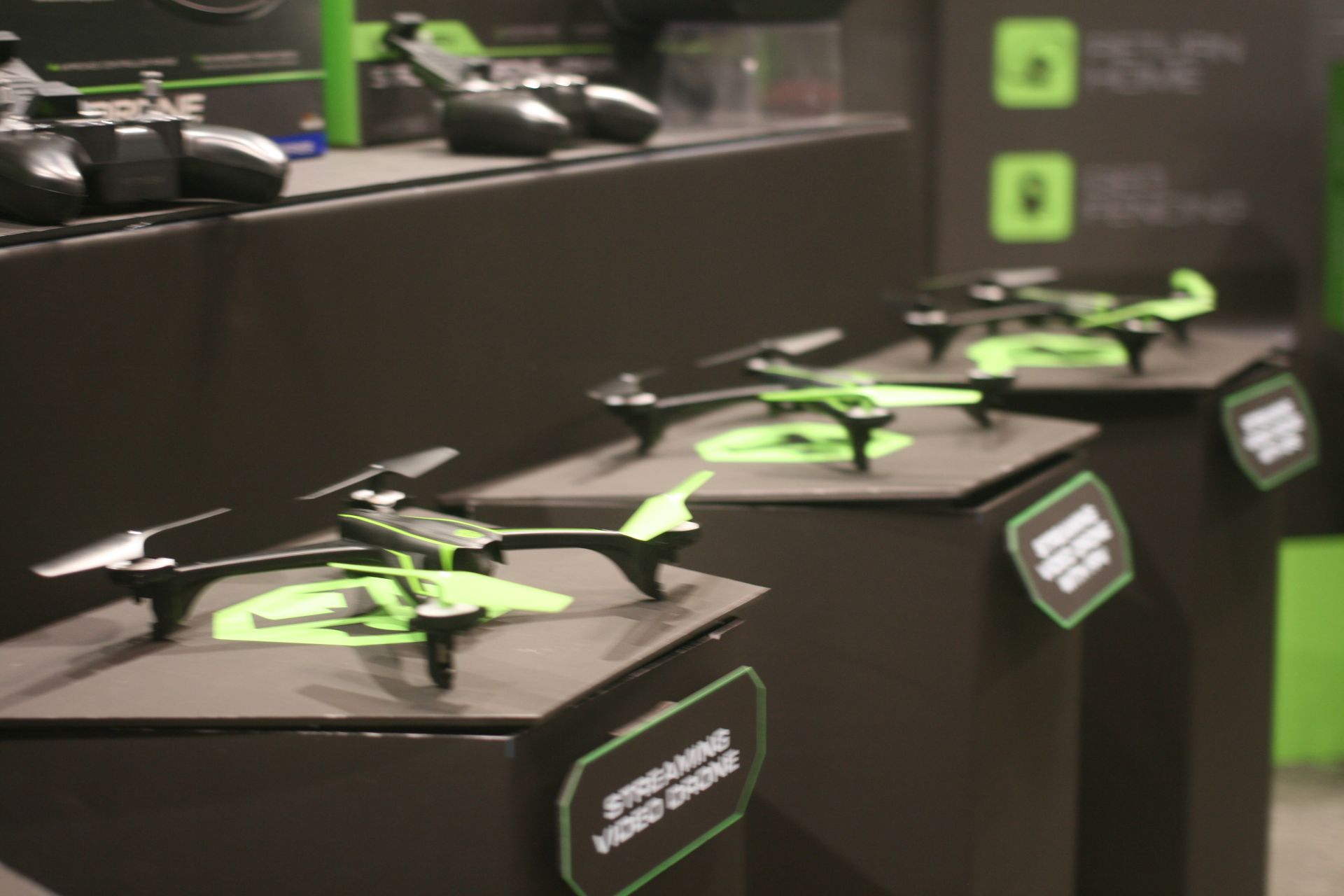 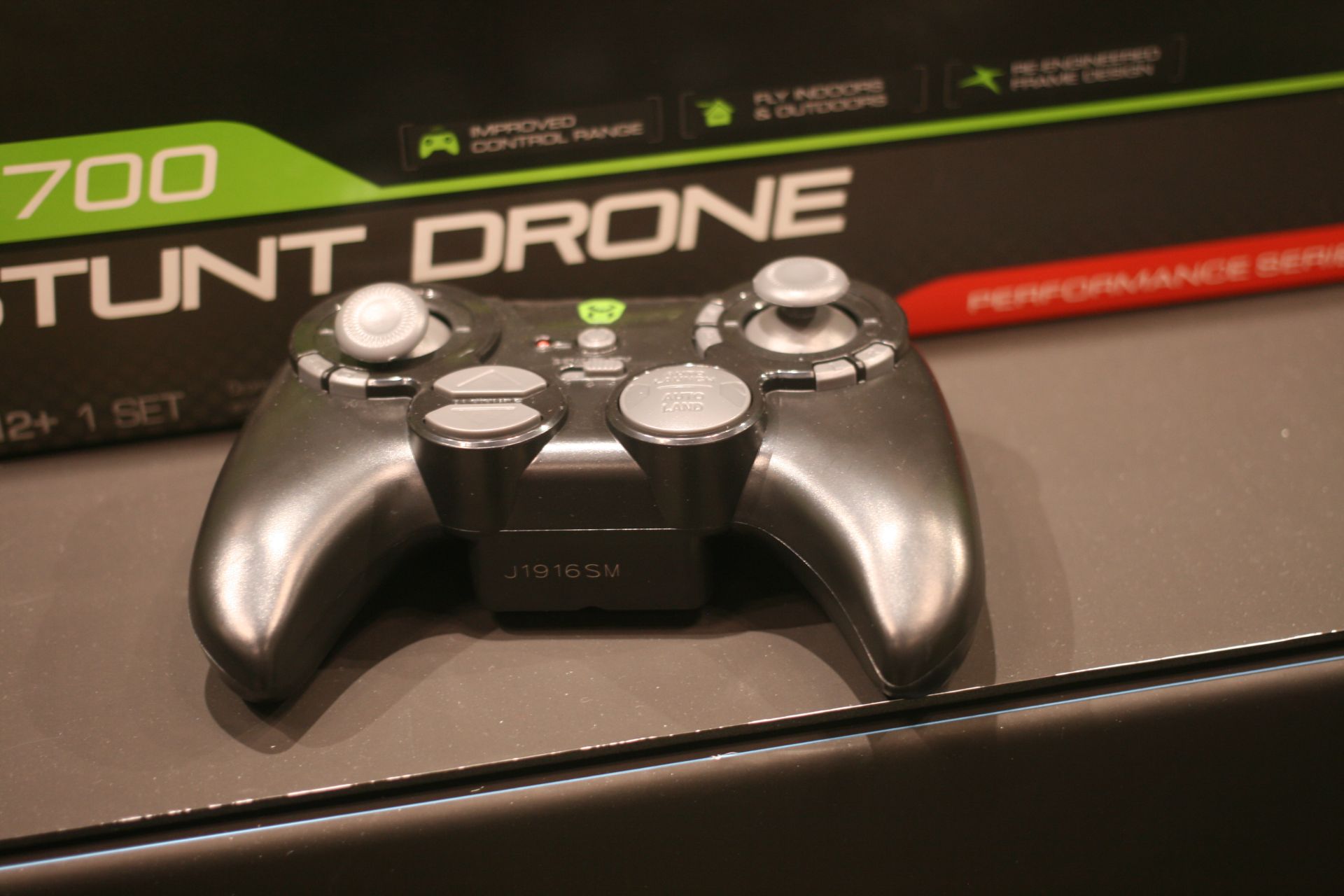 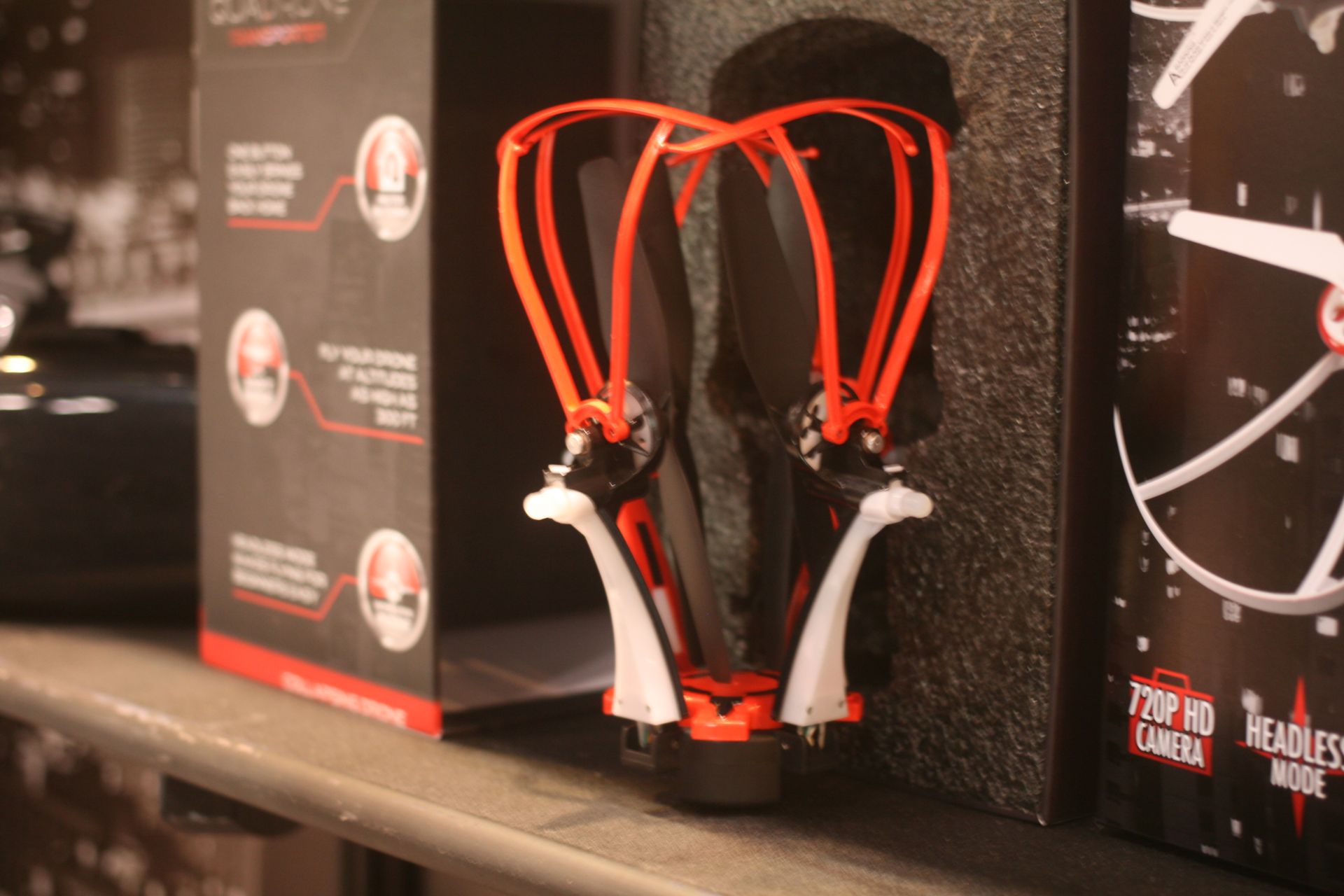 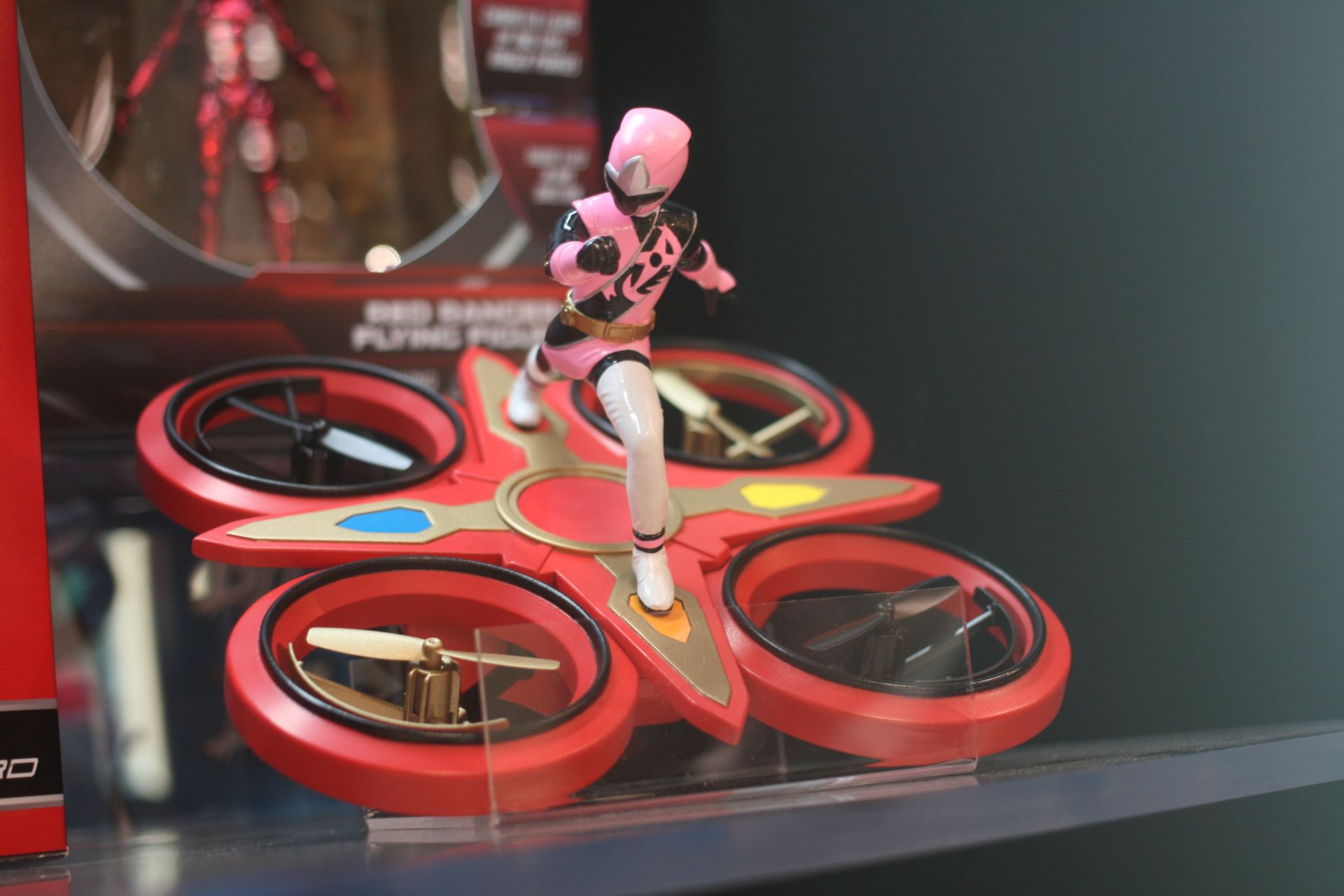 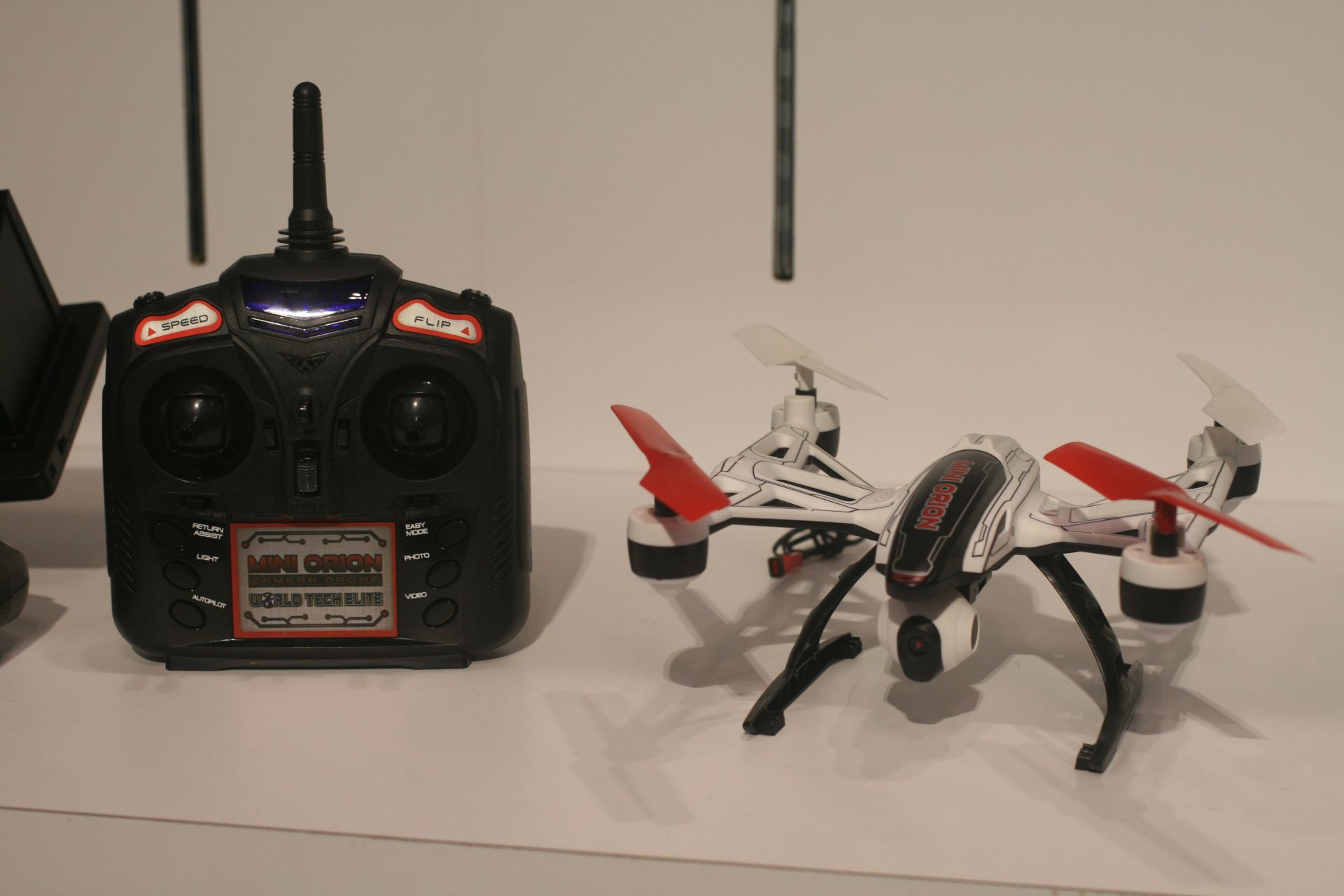 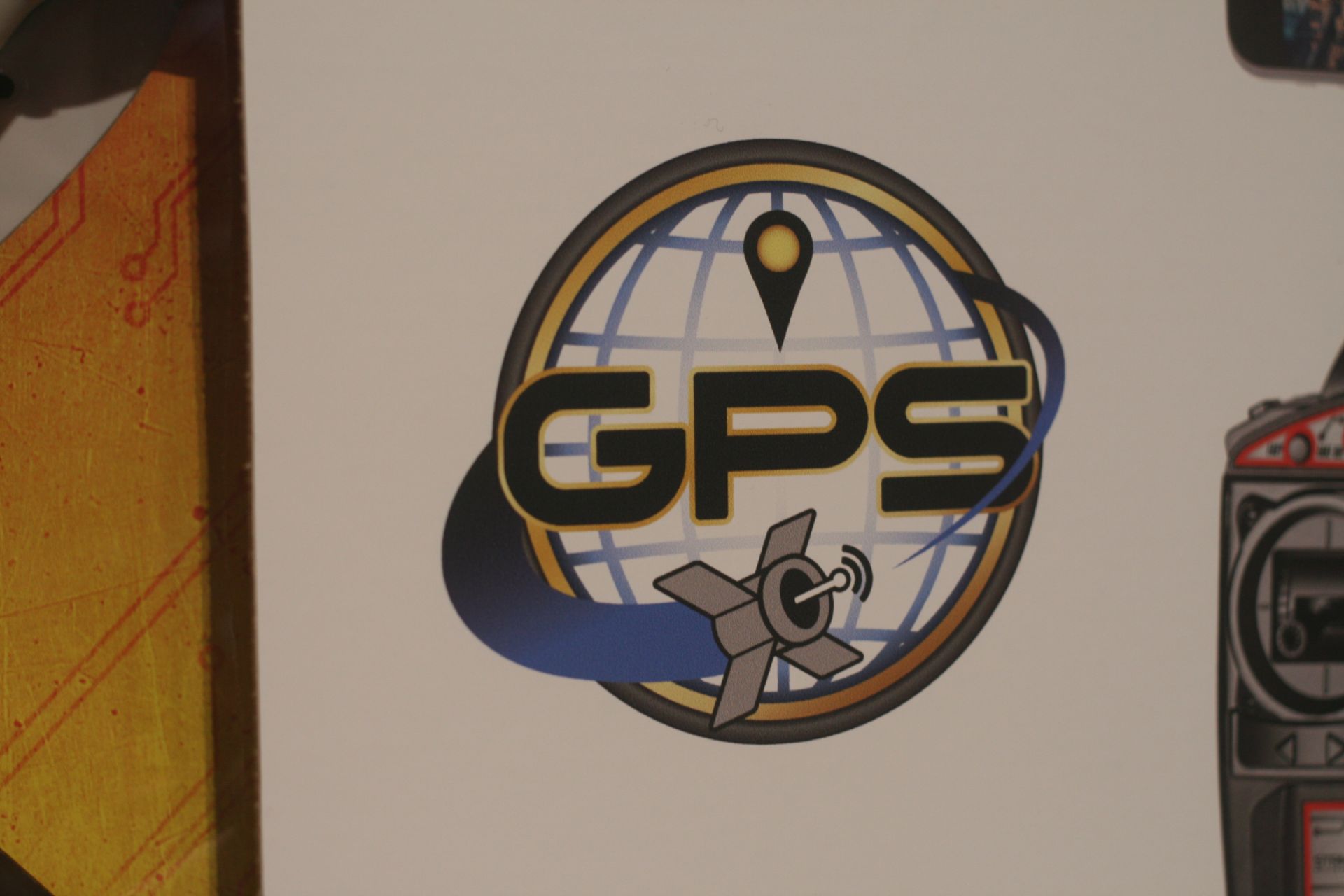 World Tech Toys included this symbol prominently on all of its boxes of GPS enabled drones.
Brady Dale for Observer
Advertisement 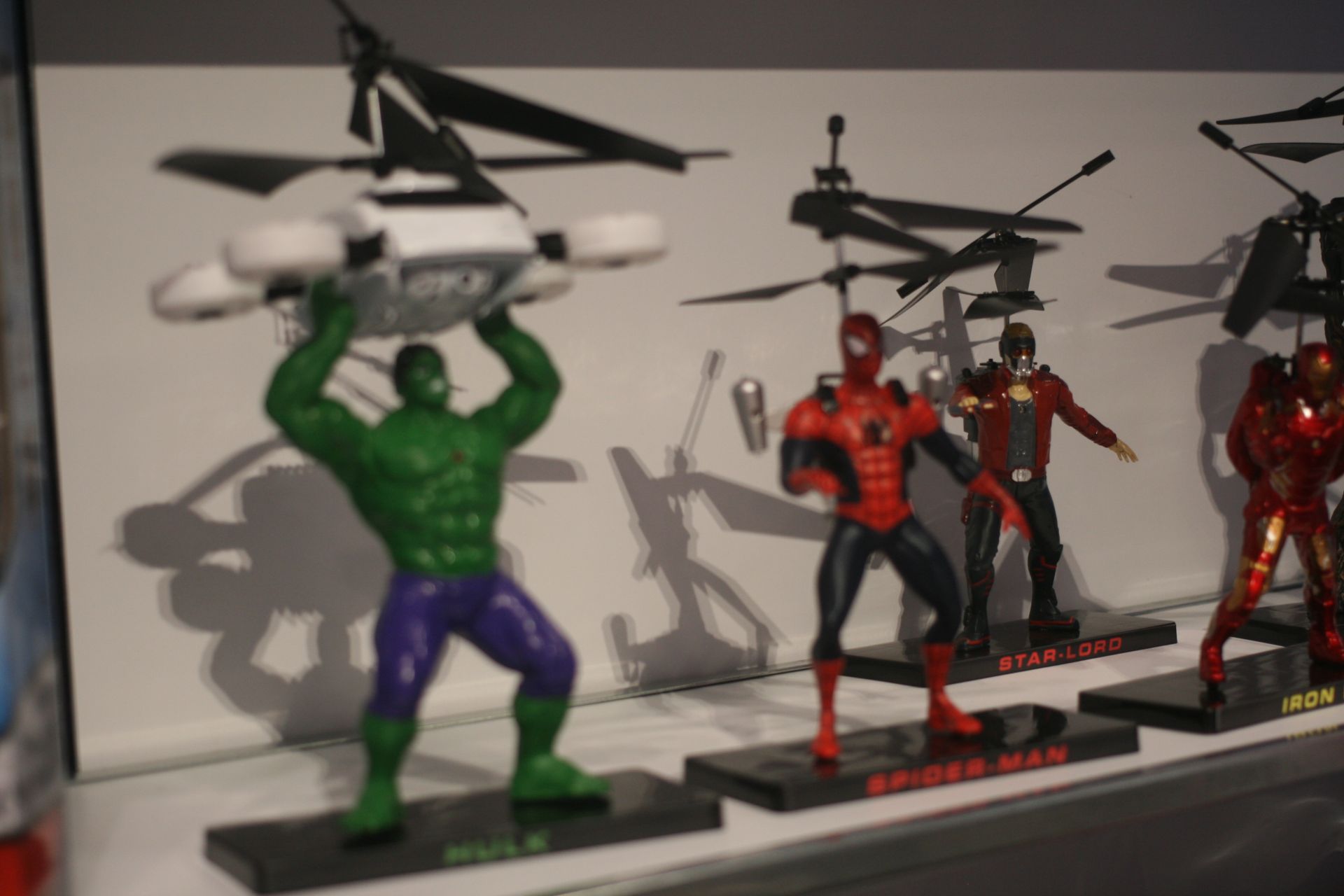 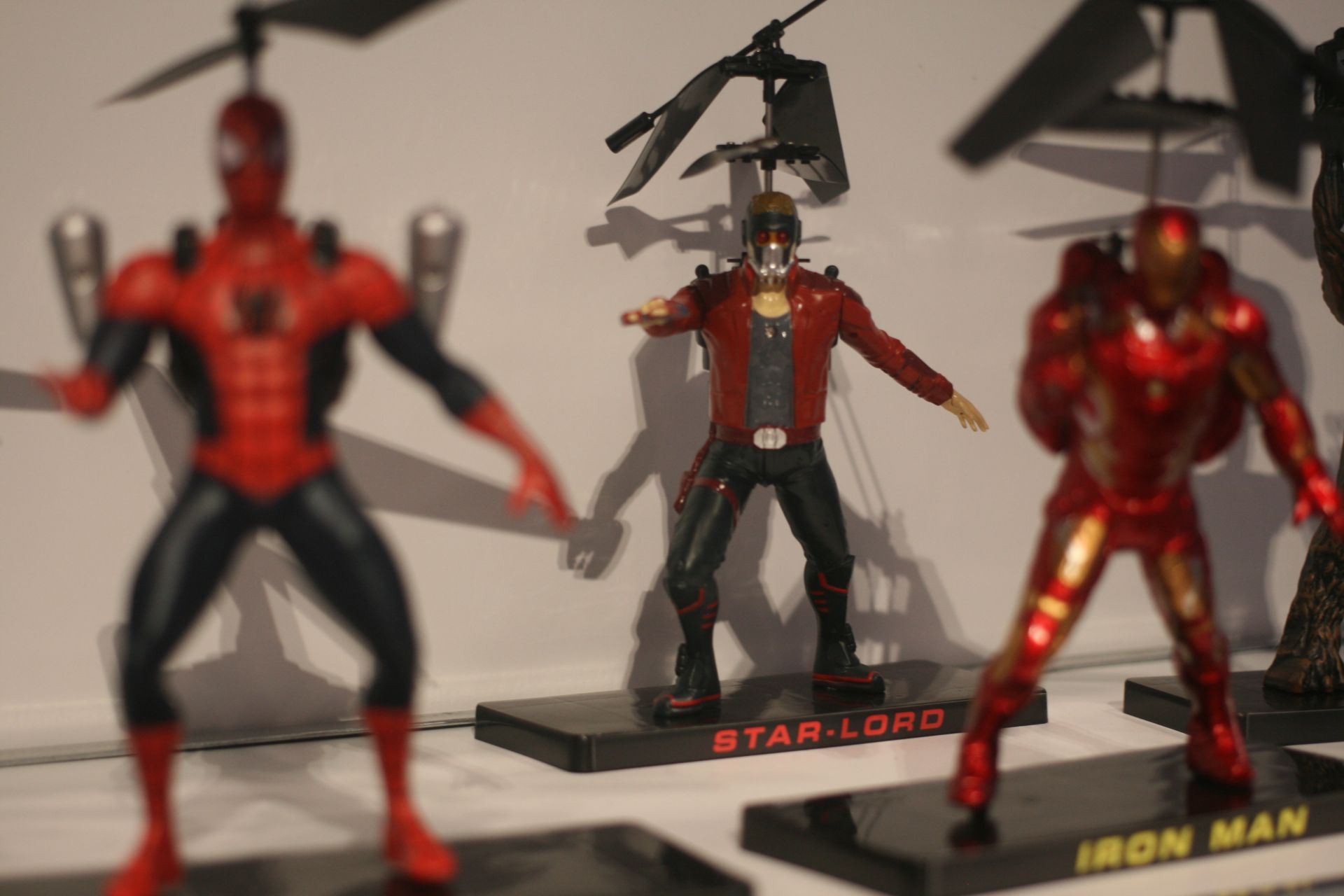 Guardians of the Galaxy Licensed drones are coming soon, with Groot and Star-Lord toys.
Brady Dale for Observer 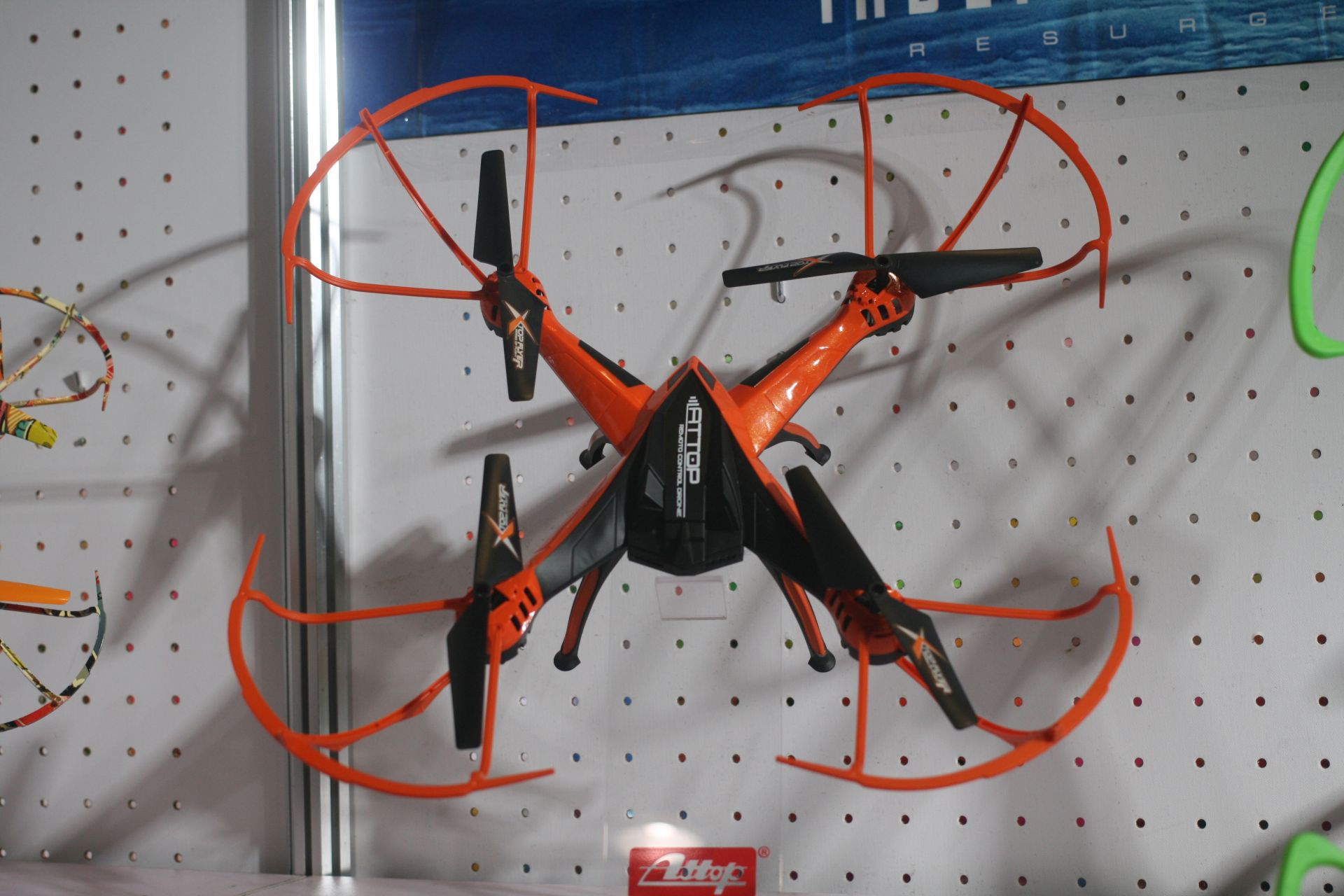 The YD-A10 Barometer Drone from Attop.
Brady Dale for Observer 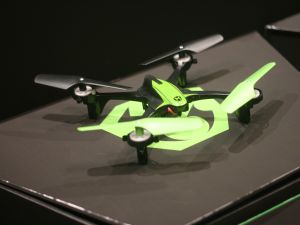 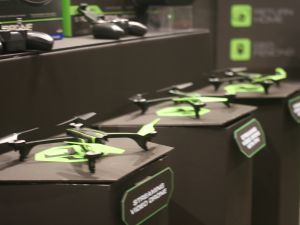 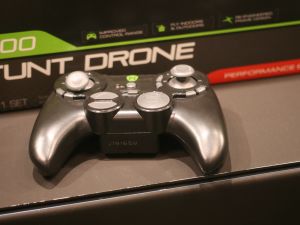 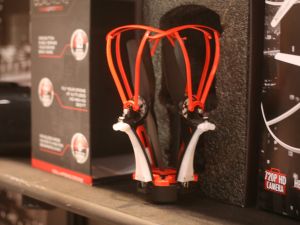 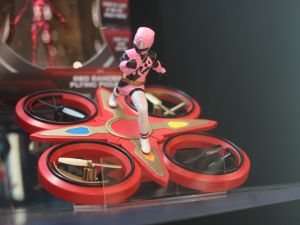 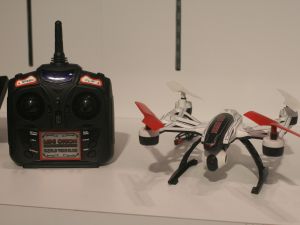 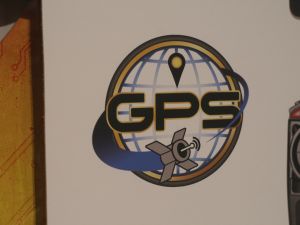 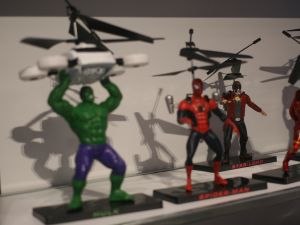 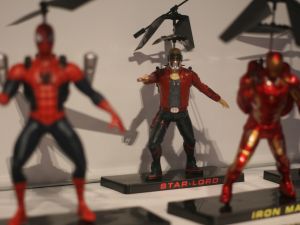 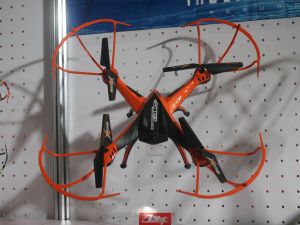 You knew that you’d arrived in the tech area of Toy Fair 2017 when you saw people shooting quadcopters out of the air.

Inside a large mesh netting, quadcopters flew and Toy Fair guests took turns firing balls at the copters and knocking them out of the sky. After each successful hit, a technician would pick up the drone, straighten its propellers out and re-launch.

The display was put up by Skyrocket Toys. They weren’t showing off an anti-drone gun. They were actually showing off their drones by inviting people to attack them. The drones getting shot were the company’s Stunt Drones ($39.20 on Amazon). The point was to show off how durable their products are, according to Shari Mann from the company’s marketing team. By the time the Observer got there, several drones had gotten knocked into the netting and stuck there, too high for anyone to retrieve.

Skyrockets also wanted retailers at the fair to see their other features, such as auto launch, auto hover and auto landing, all of which “make it much easier for unsophisticated fliers to fly,” she told the Observer.

After interviewing several companies selling drones at the show, it seemed as though GPS is the big new feature in consumer drones. Again and again, the top of each entry-level product line included GPS as its defining feature. According to Ben Ibarra, of World Tech Toys, GPS means that a device knows where it took off. This means that if a pilot flies it too long or too far for it to return without running out of power, “it’s going to fly itself back to that person.”

Again and again, it seemed like the drone features and price points went in basically this order:

The key battleground for drones right now appears to be in aesthetics. In fact, if anything, the area where drone makers really need to innovate is this: what do you do with a drone once it’s in a sky?

Several companies also showed off accessories that could be used to set up drone races, but these didn’t seem to be a lot better than saying “start at the porch then go around that tree and that tree.”

Judging by the number of terrestrial battle bots on display at the show, we’re going to guess that future drones will concern more advanced ways for drones to knock each other out of the sky while remaining aloft. It would also be interesting to see accessories that sensed drones, enabling them to interact in different ways.

Good luck to parents deciding which quadcopter to buy their kids. It was tough to really tell them apart in terms of quality or features, even speaking directly to their makers. That said, whichever one you get could mean more than a new way for your kids toys to annoy you at home.

Drones might be a big part of the future work landscape. UPS just announced a successful test of drone package delivery from the back of a truck. Obviously, these will be guided autonomously, but lots of next level drones invited users to get inside and customize the equipment and learn how the toy really works.

So when your kid’s indoor flight tests knocks over your coffee, don’t get too mad. That could be trial and error on the way to a career that covers the rent at your retirement home.