Nobody calls Google “Alphabet” and we’re willing to bet Snap, Inc. will still be “Snapchat” in common parlance as long as the mobile app that calls itself a “camera company” lives on. However, Snapchat is a different beast from its Silicon Valley brethren. It’s based in the L.A. area, not the Bay Area. It’s a social network built around discretion first, rather than broadcasting. And its CEO, Evan Spiegel? Not only is he not an uber-nerd, he’s not even a quasi-nerd. He’s a frat boy.

You know what else Snapchat isn’t? Snapchat isn’t a company that makes much claim to doing good in the world, not outside of making money by selling ads.

Snapchat’s parent company announced its intention to trade on the New York Stock Exchange as “SNAP” last week. It filed its S-1 with the SEC, just as Twitter, Facebook and Etsy have all done before it. We’re willing to bet that Snap’s filing is the first to mention “sexting,” but that’s not the first that the company wants to claim. It wants to go down in history as the first US company to IPO without giving its new investors any say in the company’s direction at all.

The S-1 states, “No other company has completed an initial public offering of non-voting stock on a U.S. stock exchange.”

None of the shares that will soon be sold have any votes for board membership or anything else. The new structure creates three classes of shares, two have voting powers, but will not be traded on public exchanges. One class will be solely owned by its two remaining co-founders, Spiegel and its CTO, Bobby Murphy. That class has the controlling vote.

“This is a trend that has been developing in the IPO world for the last decade or so,” Prof. Lynn Stout of the Cornell University Law School told the Observer in a phone call. “An increasing number of firms that go public, go public with dual class structures.”

Facebook didn’t go public in the same fashion, but last year it created a large class of non-voting shares. When Chinese e-commerce megalith Alibaba went public, it didn’t reserve all the power for the founders, but it did completely cut out new rank and file shareholders. Those are just two examples from recent tech world history.

“When Evan climbs Mt. Shasta and has a vision that Snap should be an animal rights organization, then you’re gonna be in real trouble, and that’s a serious risk,” the University of Michigan’s business and law professor Erik Gordon told the L.A. Times.

Stout isn’t so sure. She dislikes the idea of an IPO without voting shares, but she also doesn’t find wholly democratically run companies appealing either.

“The idea of public corporations run by disperse shareholders is something that is historically unprecedented, and there are no examples I’m aware of around the globe or over time that have actually worked,” she said. Adding that since shareholders have started exercising more and more control over their companies, we’ve seen flat or reduced returns from operations with actively engaged shareholders.

Stout wrote The Shareholder Value Myth, a book that debunks the idea that the law mandates public companies pursue profit over everything else.

Interestingly, Stout doesn’t make this argument because she’s dissatisfied with the performance of her retirement portfolio. She argues that corporations have been, in the past, great engines of social progress, but they aren’t achieving the same grand projects that they once did. The trend in America to give every shareholder a vote over a company’s direction doesn’t appear to be helping American corporations complete great and important work.

US corporate law has made some positive innovations, though, and those are also reflected in the mobile app’s IPO filing.

Since the Great Depression, the United States has required public disclosure of financial statements and business plans from public companies. This led to stronger companies, Stout contends. The logic here makes sense: while executives might like to keep secrets, investors are reluctant to invest in opaque businesses. When Congress required publicly listed companies to reveal more, it improved the business climate. “This is one of the reasons why American corporations grew so quickly and did so well compared to corporations in less-transparent systems after the US adopted federal disclosure and anti-fraud laws in the 1930s,” Stout said.

Snapchat seems to want to keep transparency to a minimum as well, though. Snapchat’s parent has been subject to more scrutiny through this S-1 than it has previously been open to.

As an “emerging growth company” under terms laid out in the 2012 JOBS Act, the S-1 states, “We may take advantage of certain exemptions from various public company reporting requirements.” These include more lax audit reporting and reduced requirements around disclosing executive compensation, according to the document.

(As an aside, the S-1 also discloses that Snap fired its auditing firm, PricewaterhouseCoopers, last Spring. A month later, it hired Ernst & Young for the job.)

But Snapchat isn’t coming to the public market to make friends. It’s here to raise a bunch of money. As fast as it can invent new experiences, its competitors copy them. It needs runway to get far enough ahead that it can stay there, but it lays no claim to doing well by doing good.

We’re used to tech companies bragging about how their products can change the world, make it flatter, more efficient, better for everyone. In fact, Etsy’s status as a company certified by B-Labs as socially beneficial drove much of the conversation around its 2015 IPO.

But rhetoric about changing the world doesn’t get much play out of the Venice Beach-based venture. For example, Spiegel once famously tried to dodge a conversation about staff diversity on stage at Code Conference 2015, and failed badly. Far from being a mission driven company, the S-1 makes it clear that it views itself as a business built to help big brands reach well-off users in the developed world.

“Our users tend to come from developed countries with high-end mobile devices and high-speed cellular internet,” the filing states. Later, it adds that the company prioritizes development on its iPhone app, because that’s where it sees most of its engagement. Apple users are known to have a much higher average income than Android users.

It continues, “We benefit greatly from the fact that many of our users are in markets where we have the highest capital efficiency and monetization potential, allowing us to generate revenue and cash flow that we can then invest into future product innovation.” Translation: we reach rich people.

Far from lamenting its demographic orientation, it appears to embrace it. “Advertisers want to know that an advertisement is delivered to the right audience,” the filing states. Snapchat knows the audience it has is the audience it wants to keep.

But that’s also a community that likes at least a bit of progressive window dressing, so Snap’s filing does throw a bone to the philanthropic. It’s started a non-profit organization, and it’s not for animal rights. On page 124 of the S-1, it states:

The best part about this pledge: it was made it with a cap, not a minimum, and a due date that’s twice as long as the lifespan of publicly traded companies (most are gone by year 10).

So, the co-founders might give 13 million shares and, in 15 years, the company might even still be around by then. Like the good Snapchat and its foundation might ever do for the world, it’s anybody’s guess. 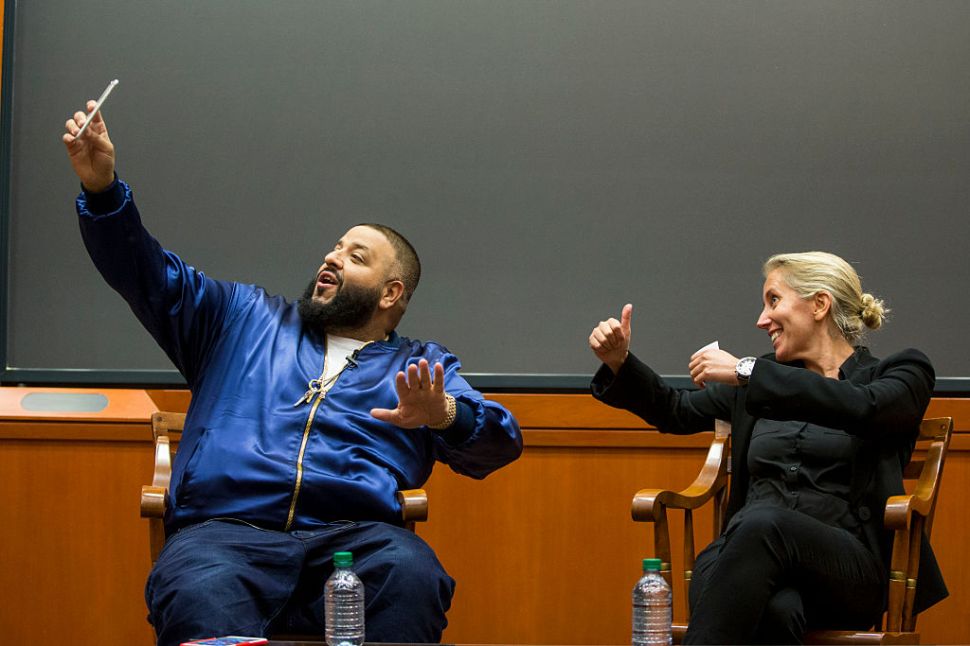