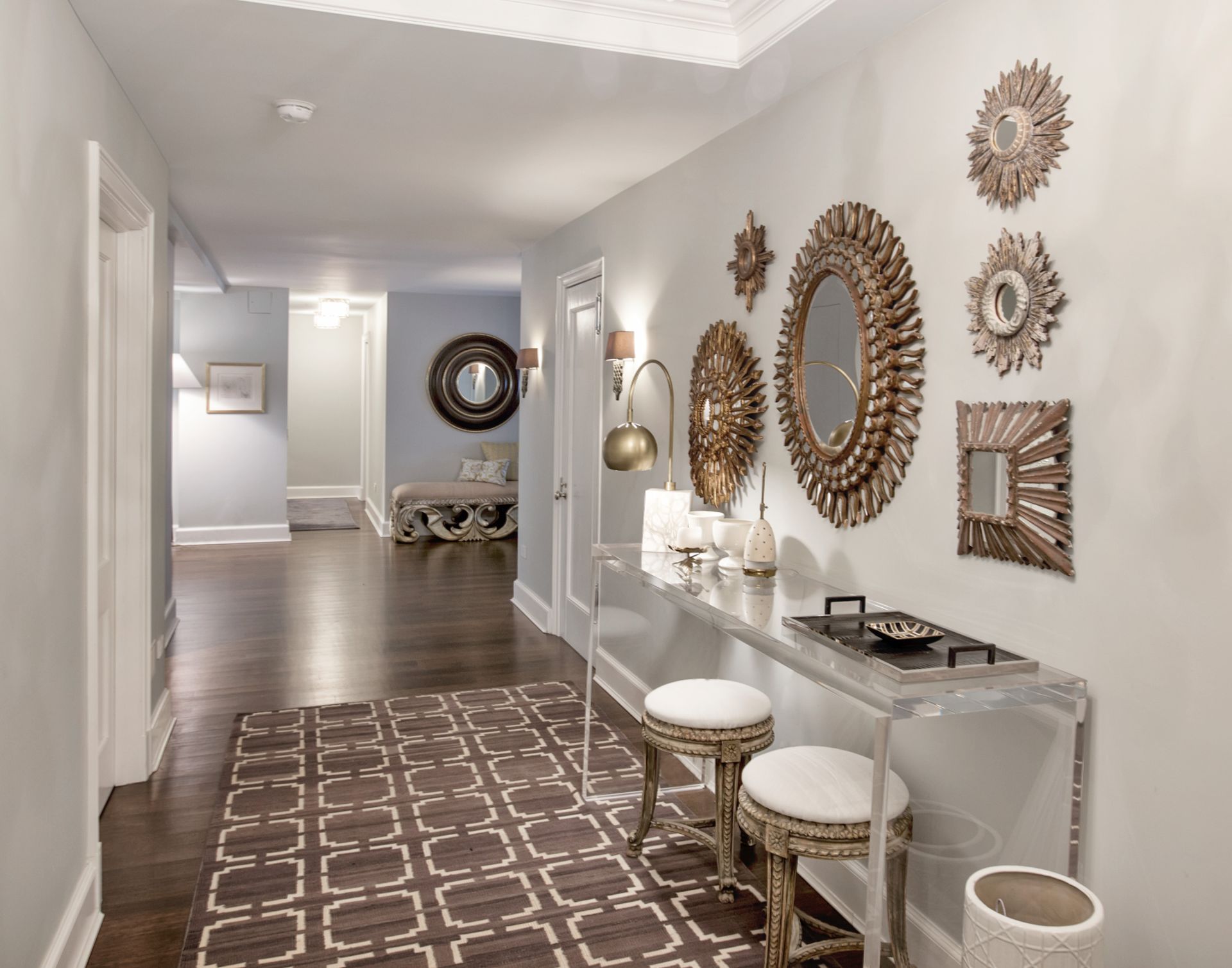 The foyer of the sixth-floor apartment.
Scott Wintrow/Gamut Photos 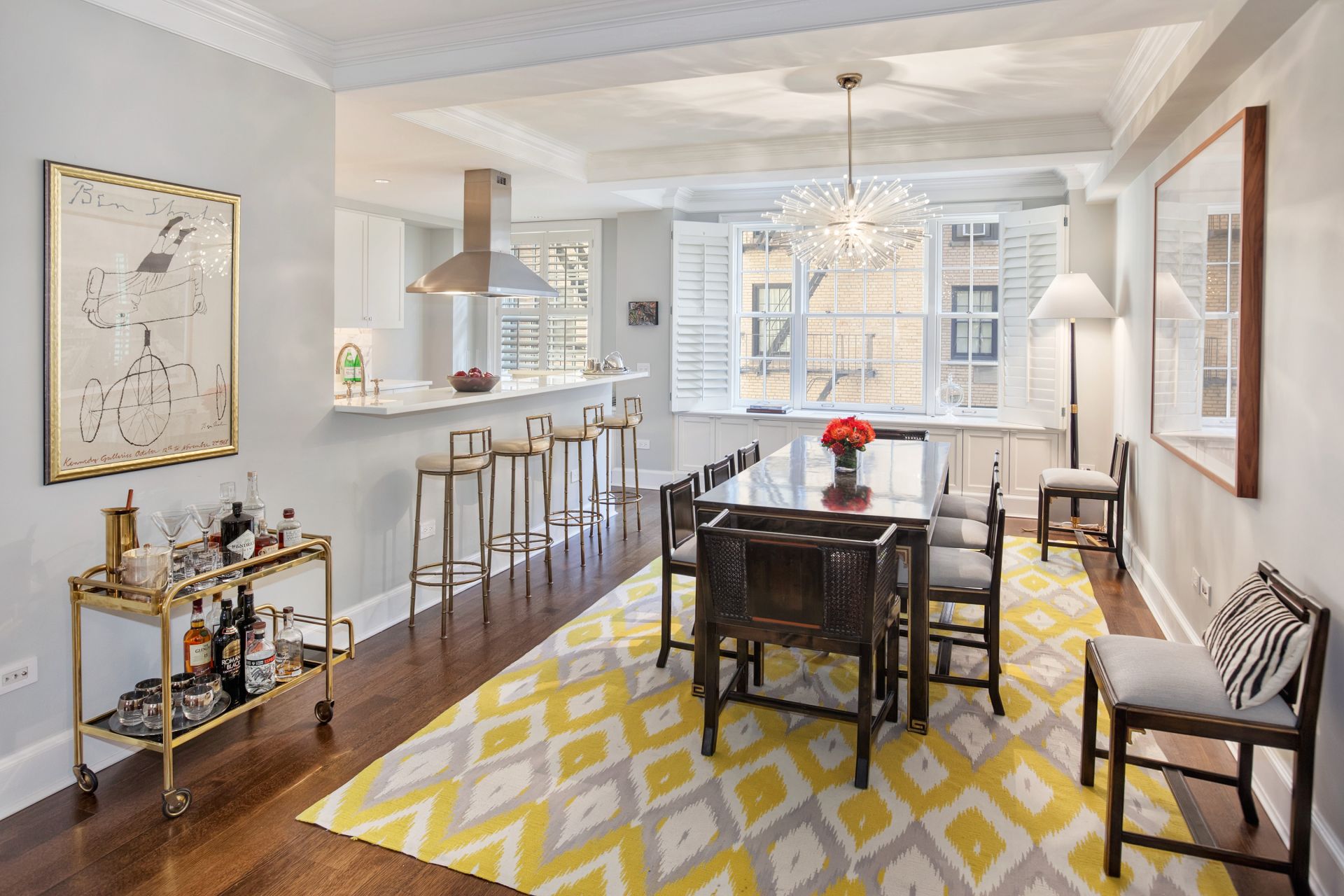 A dining room is adjacent to the kitchen.
Scott Wintrow/Gamut Photos 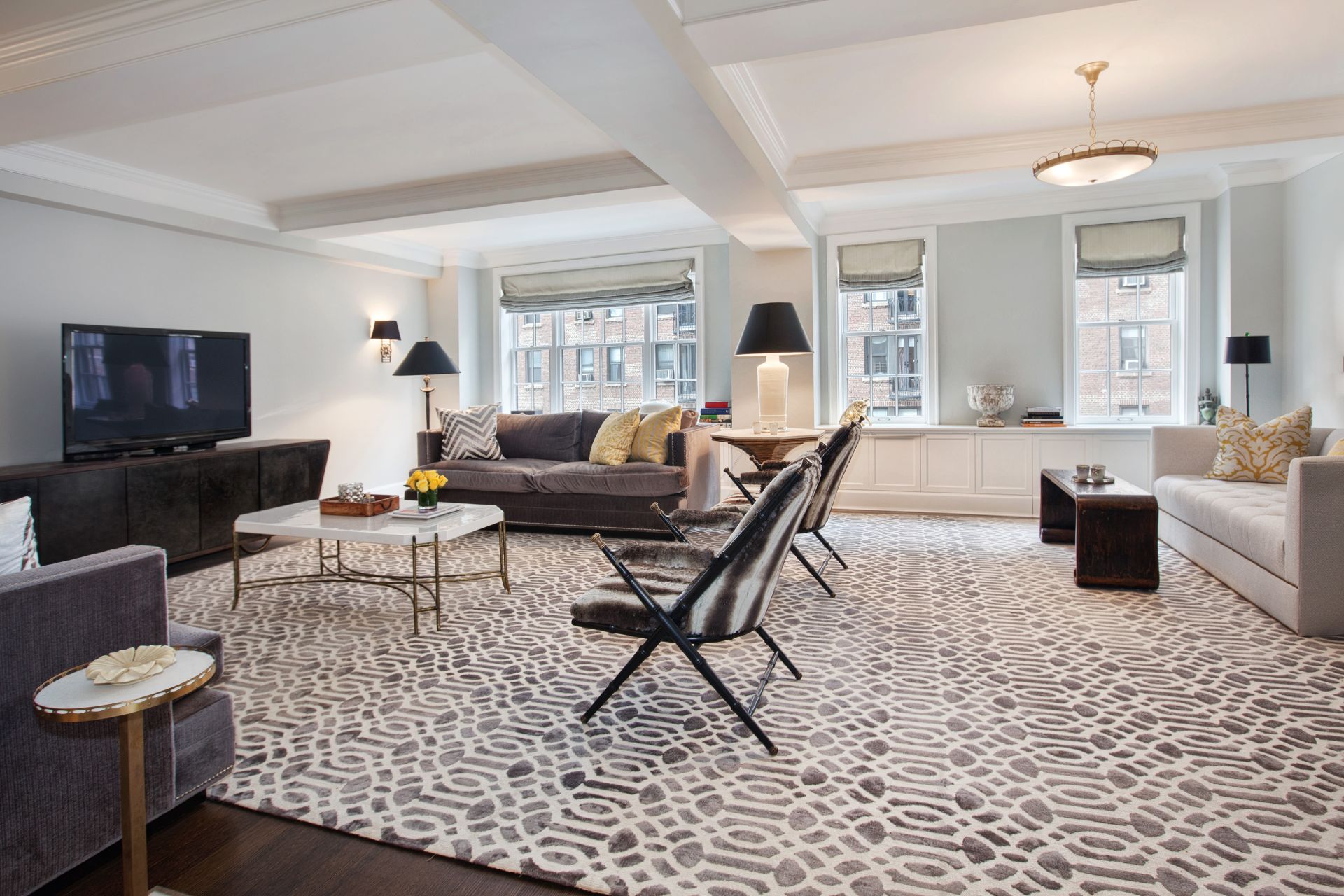 The apartment is one of the biggest units in the building.
Scott Wintrow/Gamut Photos 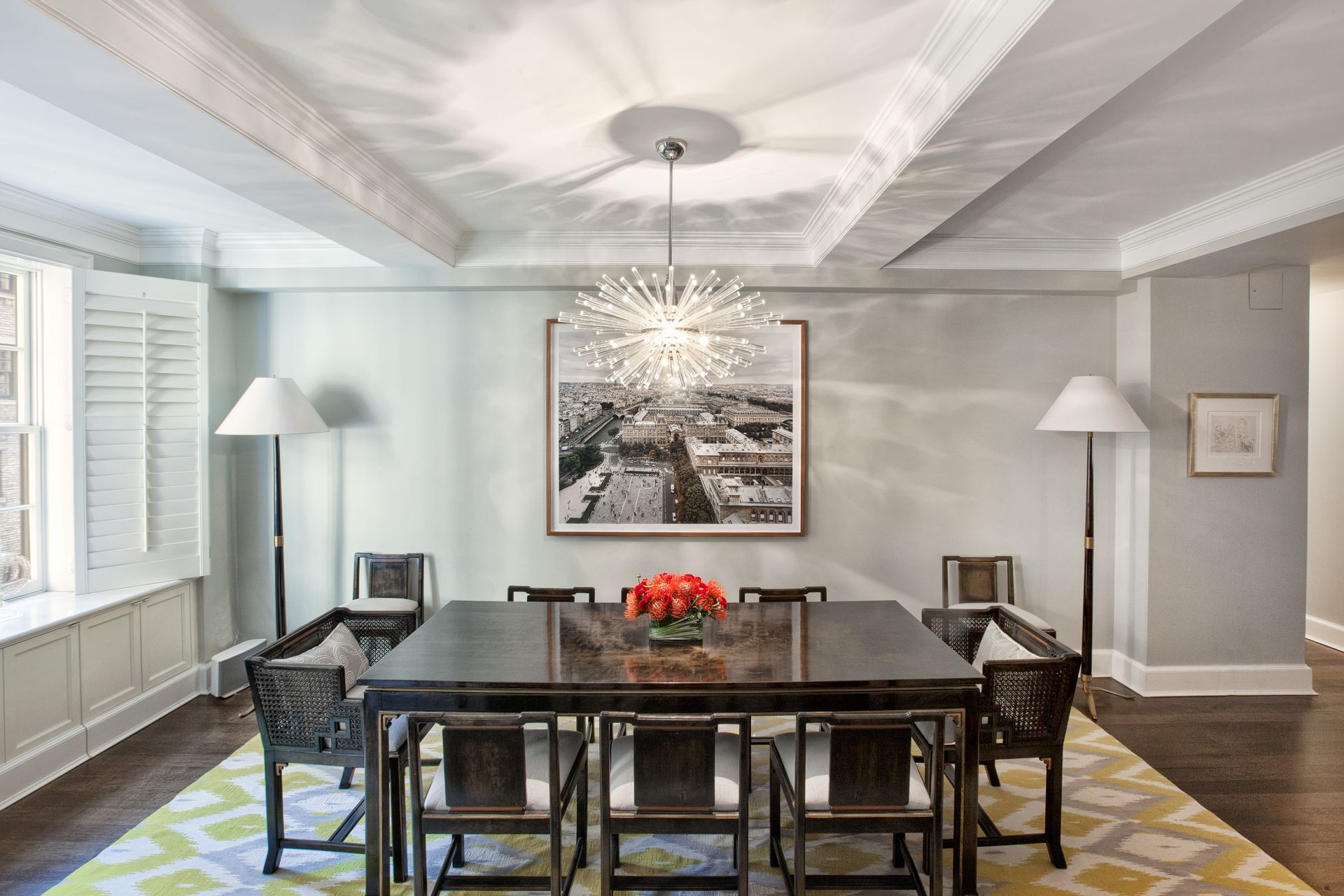 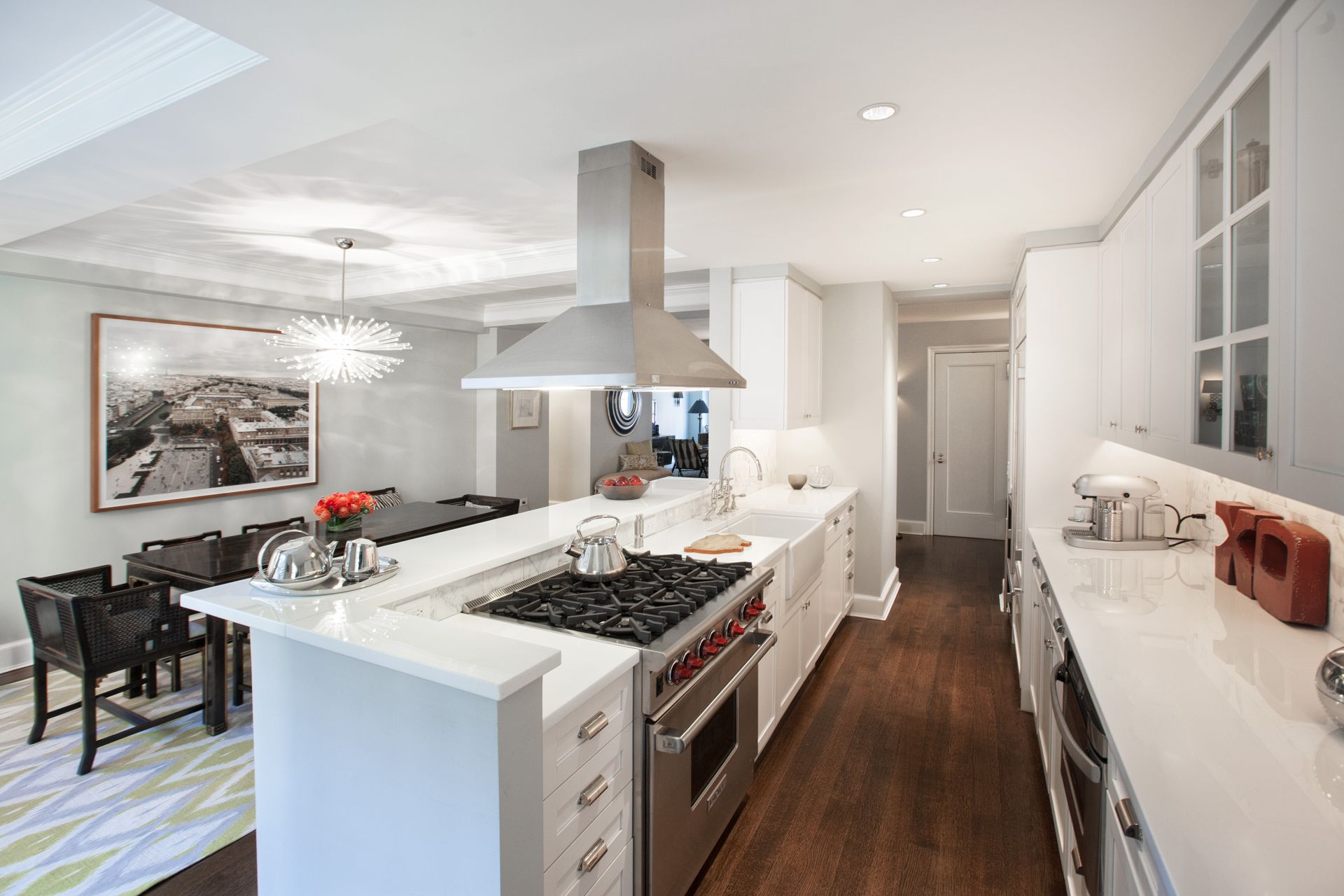 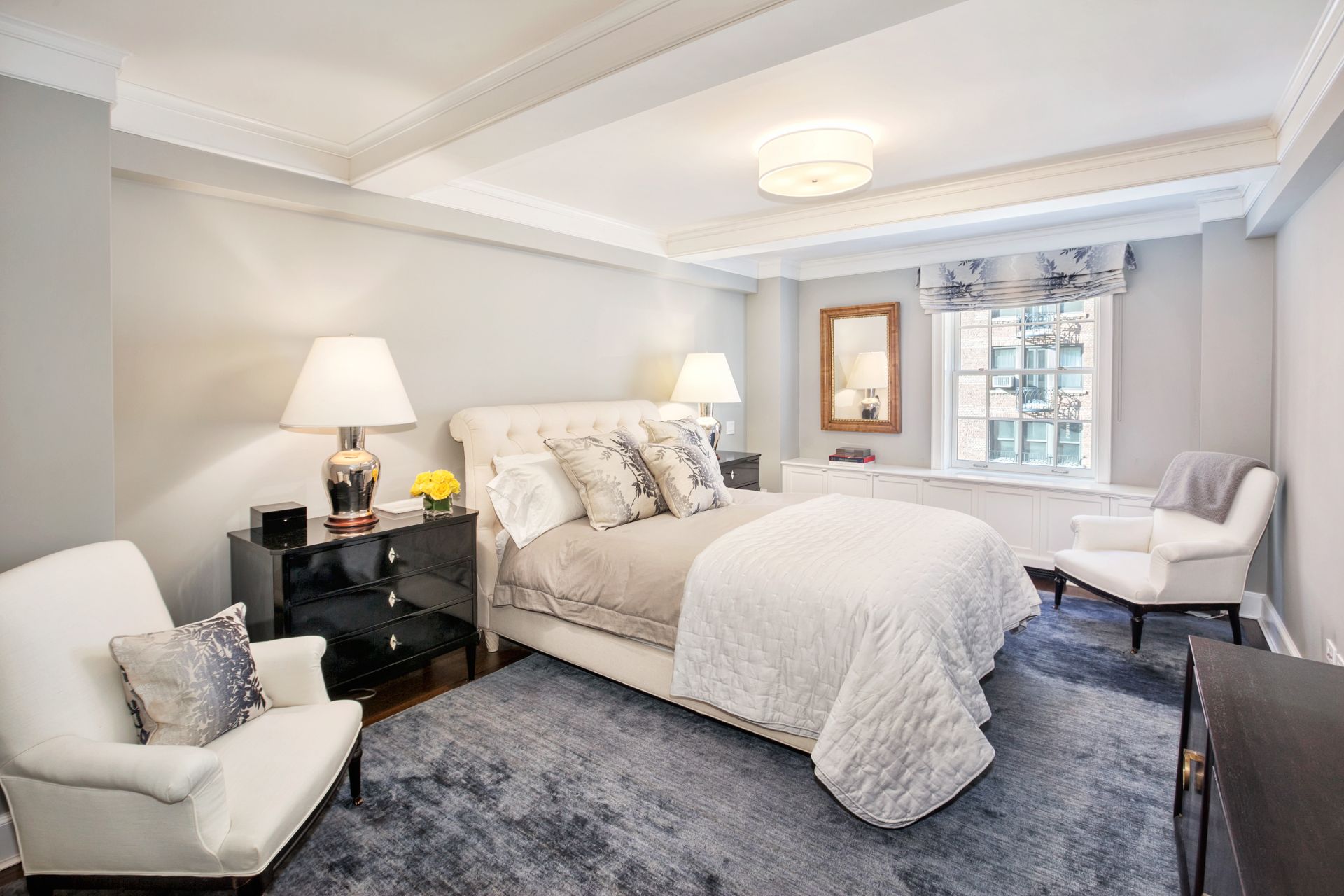 One of the three bedrooms.
Scott Wintrow/Gamut Photos 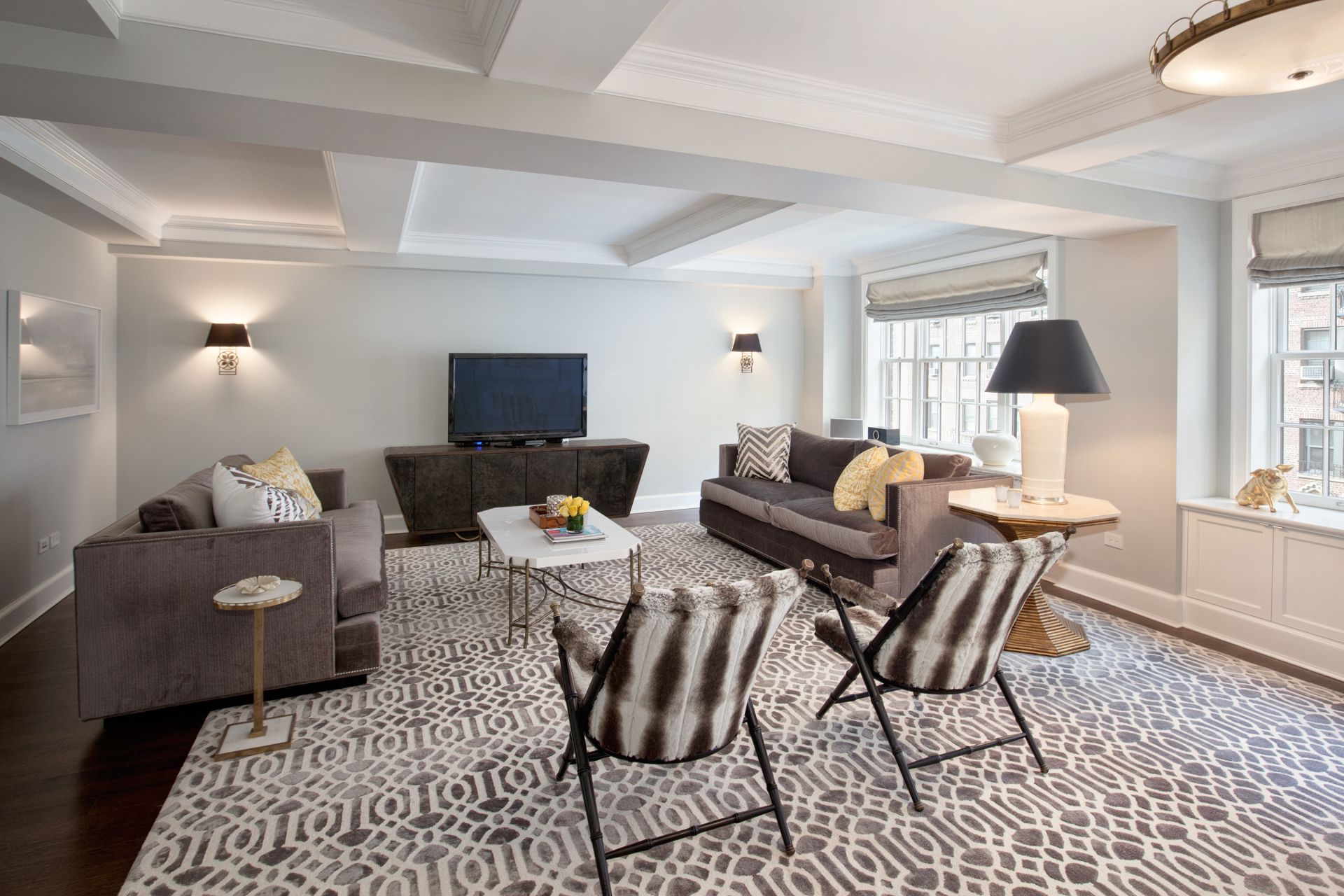 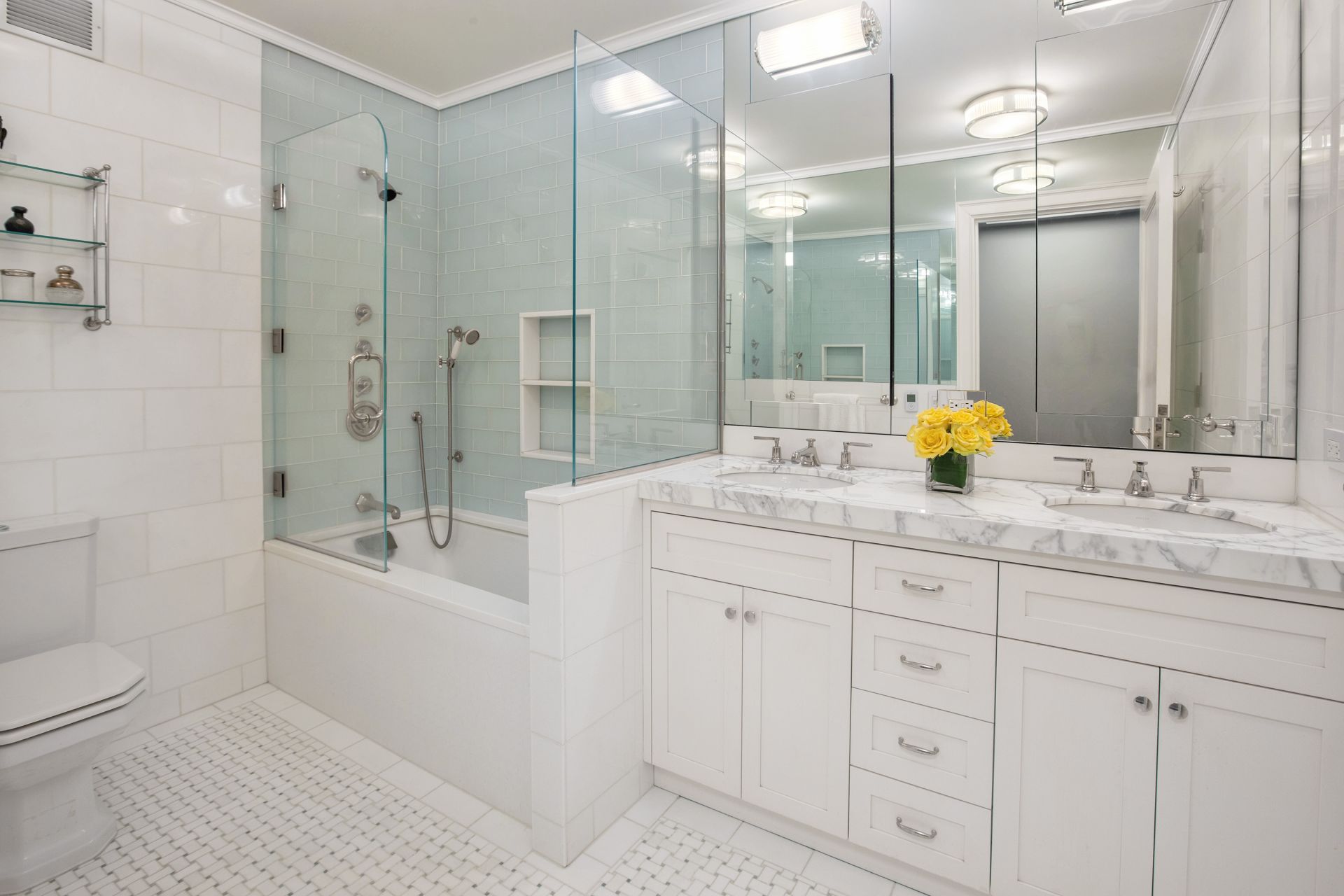 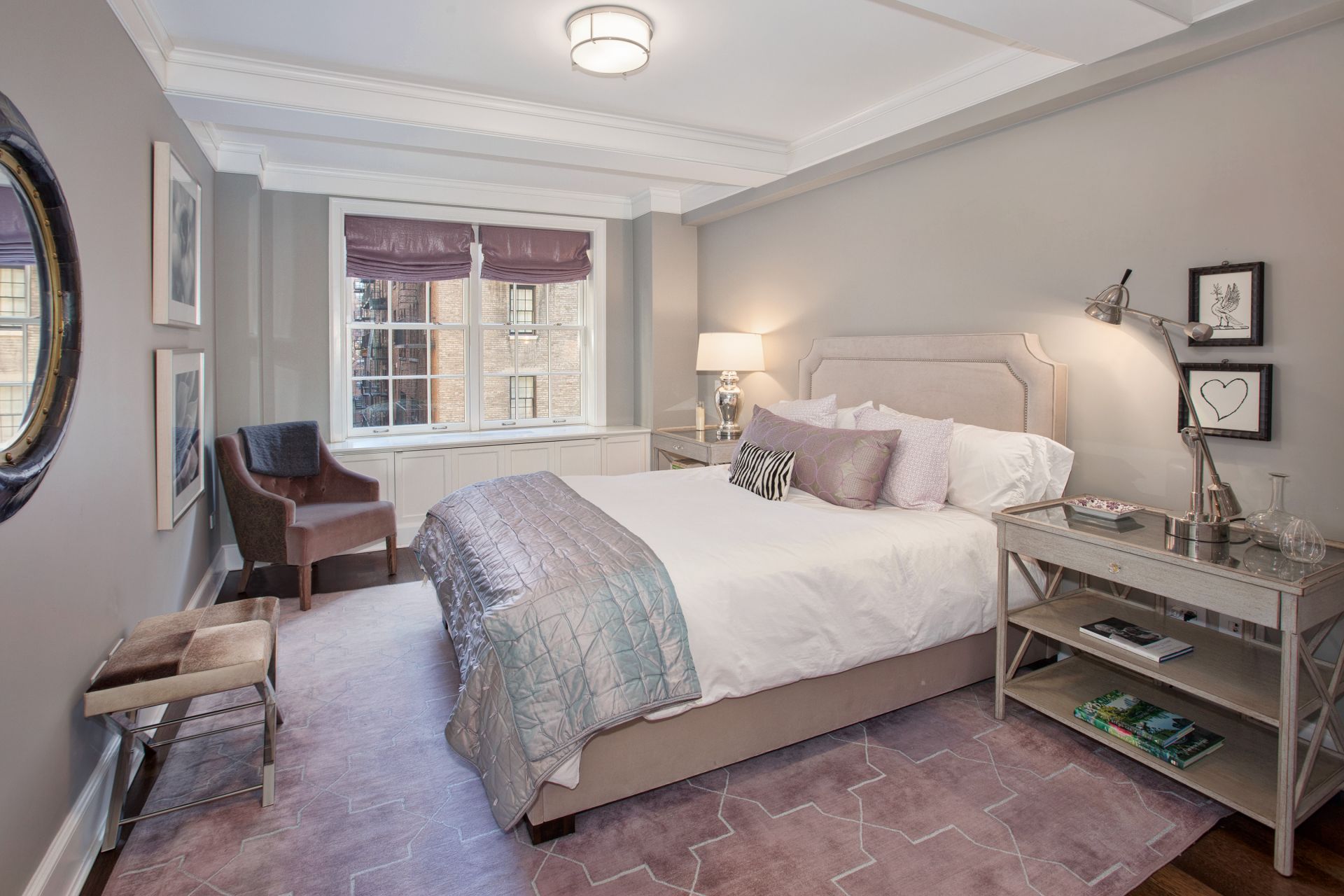 The owners use the home as a pied-à-terre.
Scott Wintrow/Gamut Photos 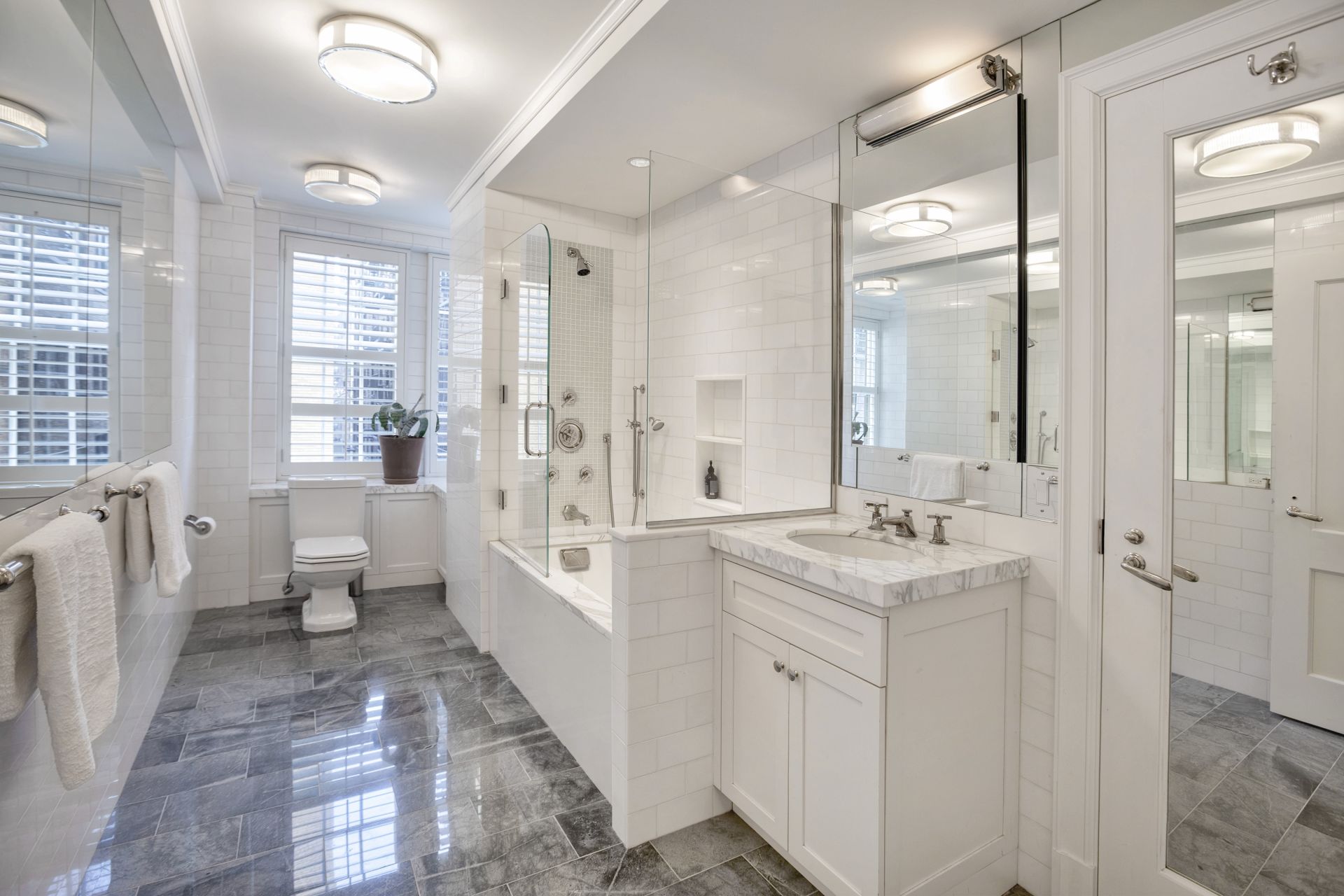 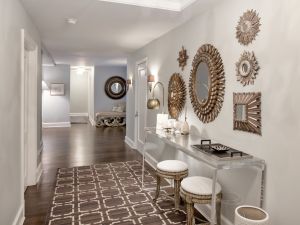 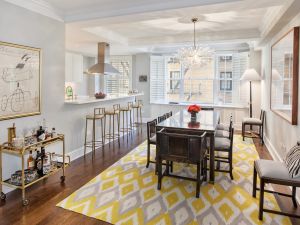 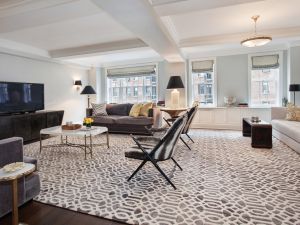 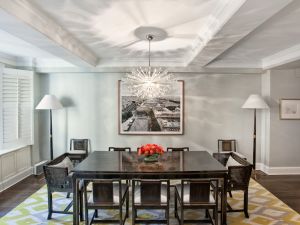 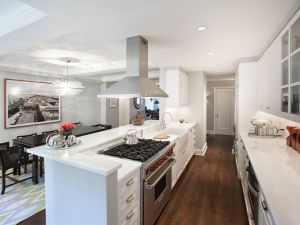 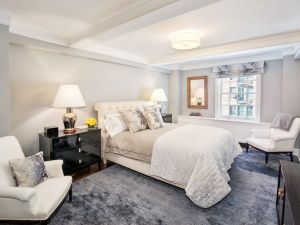 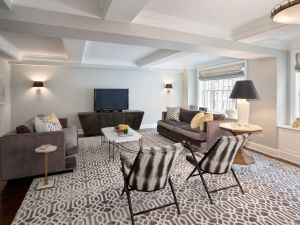 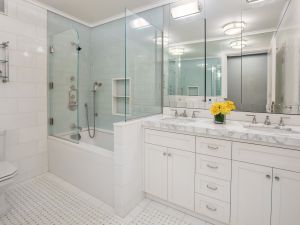 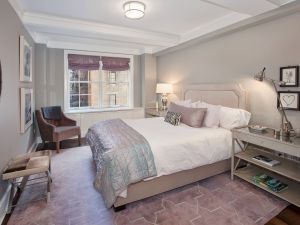 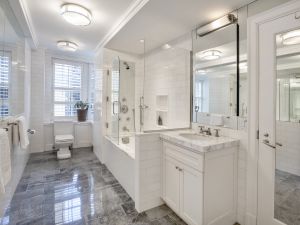 “The location is just totally prime—we’re right in the middle of Greenwich Village,” Sotheby’s International Realty broker Jeremy V. Stein told the Observer, stepping into the spotless foyer of an impeccable apartment at the Devonshire House.

“This building gets its name because it was designed after the Duke of Devonshire’s estate,” Stein explained; more specifically, the Piccadilly mansion in London built for William Cavendish, 3rd Duke of Devonshire. Still, the building is arguably best known for its most famous inhabitant, Alec Baldwin, who owns the penthouse.

This 2,615-square-foot abode is on the sixth floor, and listed for $7.15 million. “Something that really stands out is the size of the entertaining spaces,” Stein said, walking into the doublewide living room. “The public spaces of are really gracious in their scale.” It’s also in near-perfect condition—the hardwood floors had nary a scratch. “The owners are meticulous,” said Stein.

The kitchen, open to the dining room, is equipped with SubZero, Wolf and Bosch appliances, with gleaming white marble and glass-topped counters and marble-tiled backsplash.

“It’s one of the bigger apartments in the building,” Stein continued, leading us into the west-facing master suite, fitted with a walk-in closet and double-sink marble bathroom with a Waterworks tub.

An adjacent bedroom suite is similarly configured, with a marble Jack and Jill bathroom.

“It’s an easy three-bedroom layout,” Stein pointed out, walking to the final bedroom, with full en-suite bathroom, situated off the foyer, “but if you normally only use two bedrooms, this is a great guest room, because there is a lot of separation.”

The building’s classic aesthetic is largely due to the famed architect, Emery Roth, “who did a lot of the big, important buildings uptown—this feels very much like it has a lot of the prewar, uptown bones,” Stein said, and indeed, the finishes are quite a refreshing change from the increasingly prevalent walls of glass.

“It’s a really secure building,” Stein noted, which we can attest to firsthand—the doormen are quite diligent. “I think maybe because there are some people living here,” he said carefully, making no mention of any name.