After weeks of rumbling, the Essex Democratic Party establishment is set for a big news conference in East Orange on Thursday where sources expect to learn of County Party Chairman Leroy Jones’ decision to dump incumbent Mayor Lester Taylor from the party line.

‘Dump’ is a harsh word, and it’s probably too harsh for these circumstances, where the mayor will maintain good relations with the organization.

Maybe there’s a future there.

Taylor’s up for reelection this year, in pursuit of a second term in office. He came to power as a stoutly backed Jones ally, and his sudden apparent vaporization comes as a shock to the political world.

Councilman Ted Green is said to be the alternative establishment choice.

A vigorous, barrel-chested public presence with a resounding voice and confident, friendly demeanor, Taylor once circulated as either a pick for lieutenant governor or county executive, whenever Joe DiVincenzo retires.

But evidently it’s over, if not personally in Leroy world than in the minds and hearts of those rooks and bishops beneath Jones in the firmament otherwise known as East Orange insider politics.

Too heavy a lift.

Jones cut his political teeth in his home town of East Orange.

Essentially he won the chairmanship of the county party on the strength of the local political organization he recruited and put behind Taylor (essentially an out-of-of-towner, but for his wife, a rooted East Oranger) to defeat incumbent Mayor Bob Bowser. 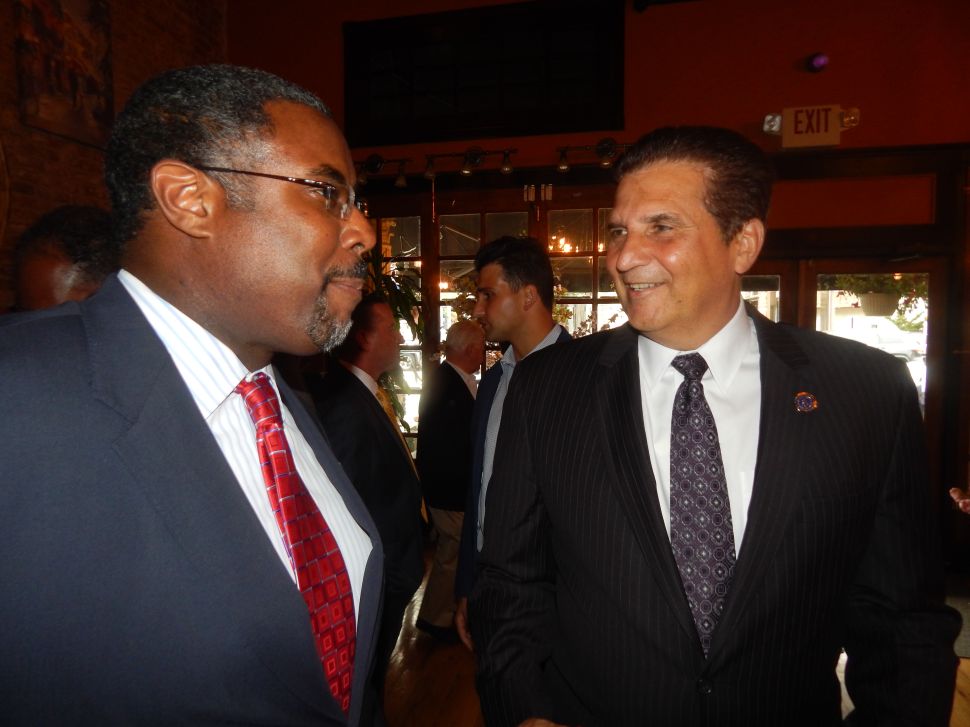