The Elon Musk-led spaceflight company and rocket provider SpaceX will attempt to recover one of its Falcon 9 rocket boosters following a launch of the firm’s Dragon spacecraft with supplies, science experiments, and hardware to the International Space Station. Liftoff is scheduled for Saturday February 18th at 10:01AM ET from NASA’s historic Kennedy Space Center. The rocket will blaze a fiery trail through the Florida sky and touch down minutes later.

SpaceX confirmed the ground landing—which will occur at Cape Canaveral Landing Zone 1—in an email to the Observer. The company has successfully landed two other Falcon 9 boosters at that site. The first occurred on December 21st, 2015 and was a historic event for the aerospace industry, marking the first recovery of a rocket that has flown to orbit.

More recently, during a previous Dragon mission to the space station in August of 2016, SpaceX performed a boost back maneuver following the separation of the Falcon 9’s first-stage and smoothly navigated it for a vertical landing at Cape Canaveral. The Observer published a detailed account of that landing and the events at Kennedy Space Center leading up to it here.

CEO Elon Musk founded SpaceX in 2002 with a vision for making space exploration sustainable and the company has worked throughout the years to improve the reusability of their rockets. Musk tells his employees to imagine a traditional rocket as 30 million dollars plummeting toward Earth and use it as motivation for recovering it. SpaceX has successfully recovered 7 rockets so far.

Musk has a grand vision for one day colonizing Mars and making humans a multiplanetary species. To do so, SpaceX must perfect reusability. The company intends to launch a previously recovered (what they are calling a “flight-proven”) rocket very soon from Kennedy Space Center.

SpaceX has also successfully recovered its Falcon 9 booster four times on its autonomous drone ship at sea, the Of Course I Still Love You, which is parked miles off of Florida’s coastline. The company also recently recovered a Falcon 9 booster on its west coast droneship the Just Read The Instructions.

Saturday’s mission will be historic for SpaceX. For the first time, they are using NASA’s Launch Complex 39A, which they leased from the agency in 2014 and has since refurbished. It will also be the first launch of any kind from the Kennedy Space Center pad since 2011 when the space shuttle program was shuttered. When Musk unveiled his plan for launching the Interplanetary Transport System to Mars with humanity’s first colonists, LC-39A was the site where SpaceX envisions that mission taking off from.

Until then, SpaceX will continue to provide rockets for private companies and NASA-contracted missions to pay its bills and finance their mission to Mars. This weekend’s launch is the 10th resupply service mission SpaceX is handling for NASA and will send its Dragon cargo vehicle to the International Space Station packed with supplies for the Expedition 50 and 51 crew members aboard the orbiting laboratory.

About 10 minutes after liftoff atop the Falcon 9 from Kennedy Space Center on Saturday, the Dragon spacecraft will reach a preliminary orbit and deploy its solar arrays. The capsule spacecraft will then maneuver its way toward the space station using its thrusters while the Falcon 9 booster will begin its journey back to Cape Canaveral for the landing attempt.

The Observer will be on-site with NASA and SpaceX beginning Thursday morning to visit Launch Pad 39A, learn about the science heading to the space station, and to view the launch and landing. Follow the author of this article on twitter at @nova_road and Instagram at @nova_road for updates. 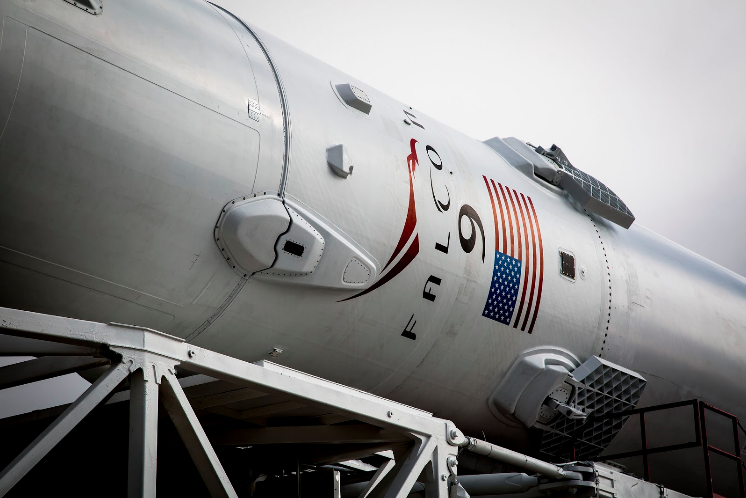