The Speaker of the British House of Commons, John Bercow, is facing a motion of No Confidence over his unilateral decision to ban U.S. President Donald Trump from Parliament. Bercow made the announcement that he would not allow Trump to address MPs in order to defend against “racism and discrimination” earlier this week.

Addressing the House of Commons, Bercow said: “We value our relationship with the United States. If a state visit takes place, that is way beyond and above the pay grade of the speaker… However, as far as this place is concerned, I feel very strongly that our opposition to racism and to sexism and our support for equality before the law, and an independent judiciary, are hugely important considerations in the House of Commons.”

The No Confidence motion was tabled by the former Foreign Office Minister James Duddridge. The Conservative MP told Sky News Bercow had “overstepped the mark” by allowing his own views on Trump to damage the state visit planned for June this year.

He said: “This most recent incident, where he used the Speaker’s chair to pronounce his views on an international situation in some quite detailed and lengthy manner, is wholly inappropriate… [It] means he can no longer reasonably chair, as Speaker, any debate on those subjects.”

Both Barrack Obama and George W. Bush addressed Parliament as part of their visits to the UK. Even the President of China was allowed to speak to MPs and Lords, despite his country’s appalling record on human rights.

Prime Minister Theresa May had been hoping to use the visit to push for a trade deal that would help post-Brexit Britain reassert itself in the world. The government still plans to roll out the red carpet with dinners at Windsor Castle and Blenheim Palace (the birth place of Winston Churchill).

Bercow has one of the more unusual backgrounds of any Speaker. He began his political career as a right-wing Conservative, sitting on the board of the Monday Club, a group now shunned by the party for its racist policies.

He worked to draft policies including the repatriation of black people from the UK. But over the years his views changed considerably; he only ran for Speaker in 2009 because his ministerial career was ended due to his support for gay adoption.

Bercow was widely blamed for ruining HM The Queen’s Diamond Jubilee address to Parliament, speaking for longer than The Queen herself. He spent the speech talking about how she had helped fight for gay rights, despite strict rules preventing her involvement in such issues.

There is no evidence The Queen supports gay rights or pushed for equality legislation.

In the vote, Bercow will probably receive support from the Scottish National Party and the Labour Party. Most Conservatives are likely to vote against him—but the party’s majority in Parliament is small, meaning only a few MPs need to swap sides from Bercow to survive.

Addresses of Parliament can only be made if The Lord Great Chamberlain (on behalf of The Queen), The Speaker of the House of Commons and the Lord Speaker agree. The requirement for them all to agree effectively gives each one a veto.

The Lord Speaker, Lord Fowler, said he had “an open mind” on the Trump address and called for the system to be reformed to avoid the politicization of these decisions. 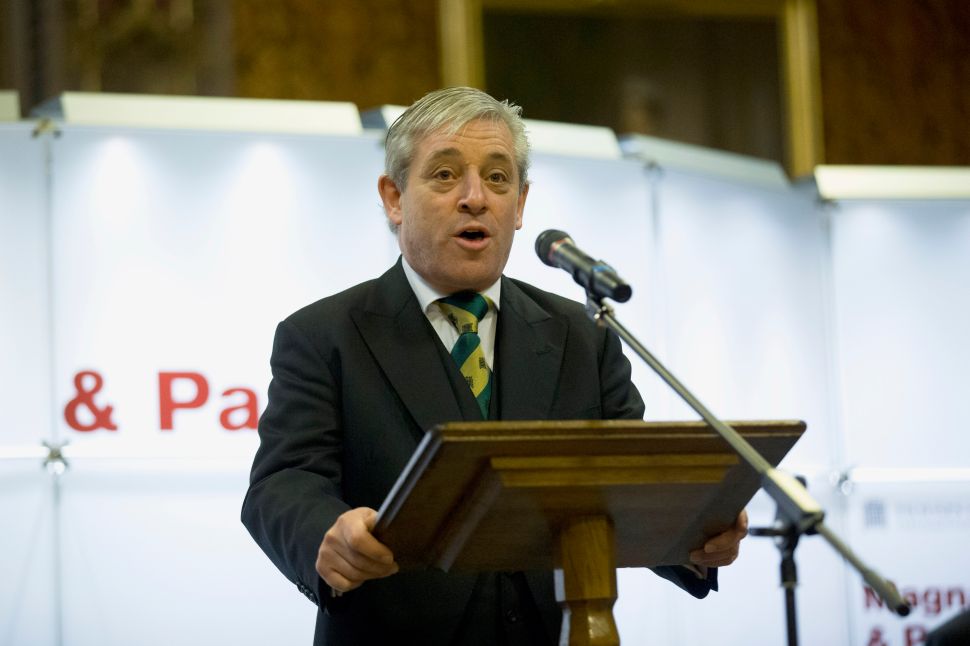