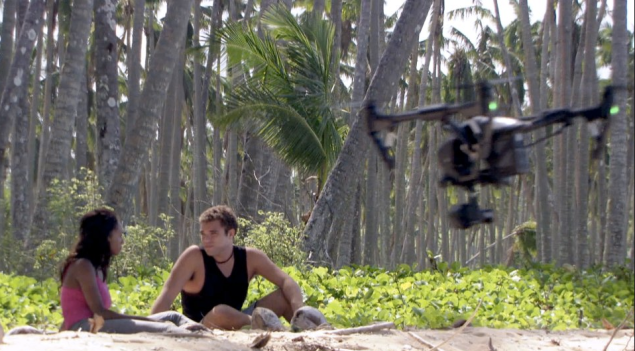 Not pictured: a million dollars. MTV

Here is why Stranded With a Million Dollars is a perfect television show. 1) I have been stranded many places. And it has always been for free and definitely not with a million dollars. One time I got stranded in a motel Fremont, Ohio by myself. It cost me money and the only thing that kept me sane was a midday Saturday Night Live The Not Ready for Prime Time Player episode which I may have actually hallucinated because why would that have aired at that part of the year, at that time of the day, in that part of the country, localized entirely in your kitchen? 2) At this juncture in time if you asked me to go someplace remote and stay there for forty days, I wouldn’t even ask where we were headed. What I would do is know that actually I’m never coming back so I’d borrow a bunch of money from some loansharks like Steve Buscemi in Armageddon when he doesn’t want to ever return to Earth because he gets the Ren & Stimpy space madness. Which is hilarious because if there is one human being who actually looks like Ren in real life, it is Steve Buscemi. So even if I don’t win the million dollars, I’m winning because I’m out forever, go get your Real World recaps elsewhere.

The way you win Stranded With a Million Dollars is that you stay on Taveuni Island in the South Pacific with only the clothes on your back for forty days. Each week the group has to make it to another checkpoint, where they will be given another portion of a million dollars. There are ten checkpoints of $100,000. If everyone doesn’t make it there in the time given, you don’t get that money. Whatever money you do have, you get in literal cash and have to carry it around with you. This is shadily the best part of the show because I imagine a million dollars is very heavy but most people don’t realize that. And you can only take what you can carry between checkpoints, you lose everything else. Ten people start off. Whoever is there at the end, splits the money. If only one person is left, they get it all. To make the contestants feel even more alone, everything is shot with drones and tree mounted cameras so there isn’t any production team to come to the rescue. The only way off the island is to fire a flare and self evict. Then a helicopter comes and takes you away. There are no supplies. You have to make your own shelter and scavenge your own food. Once the group gets the first block of money, there is an opportunity to buy supplies. A two person tent costs $30,000. A bottle of champagne costs $3000. A can of Pepsi is $1000. Also, a can of Pepsi Max is $1000. So if you were going to buy a can of Pepsi, you may as well get the Pepsi Max since it is the same price. And you have to take it out of the money you are carrying so it is deducted from the prize. You have to spend to survive but the more you do, the less you win. I told you this show was dope.

I don’t know how anyone got to this island, they start off showing people wandering onto the beach meeting for the first time. All anyone has are the clothes they are wearing. And everyone is dressed differently. This guy Alex, who is a news reporter, has the smartest assemble. He’s wearing shorts with leggings underneath. And also a baseball hat. That gives you so many possible wardrobe combinations. Hot during the day? Pop off the leggings. Cold at night. Throw those babies on. And why wouldn’t everyone bring a hat? If you’re allowed to have a hat, you bring that hat. Another guy, Alonzo, is an Army vet. He has a bucket hat. That is also a good hat choice. You could probably fish with a bucket hat.

A briefcase is dropped out of a plane and someone has to get it. That is when we meet the magic that is Cody. Cody is also wearing a hat because Cody is smart. How do I know Cody is smart? Because he’s very sure of himself. He also tells us that he is the type of guy at the party to introduce himself to the most attractive female. Cody would be guy that says “female” except Cody is not a guy. Cody is a machine. This is according to Cody. Also, according to Cody, he is an alpha male airborne infantry man in the Texas Army National Guard. Cody has a strategy and that is to win. Now granted, Cody is a dick. He throws a coconut in the at Gina’s feet and tells her to pick it up. Then, after Eilish gets mad at him for it, he accuses her of convincing Gina that he threw the coconut at her. Which he did. The man is walking gaslight.  But his strategy is sound. And that makes for the best kind of reality television character. Cody’s plan is to get everyone else out by any means necessary so he can win the money. Cody teams up with Chris, a nineteen-year-old construction worker who has been on the job for a year and hates it. He wants to win the money so that, I don’t know, he never has to work again or something. I mean I’m sure it’s been a tough year of constructing things.

The group gets their first delivery of money and then their first chance to buy some supplies. Alex and Alonzo want to get a hatchet or a machete. You know, to cut things like coconuts for food and tree branches to make a shelter. But Cody and Chris convince people that they don’t need anything. Cody knows that the hatchet for $8000 is a smart buy, he even admits it later. He’s not an idiot. But he doesn’t want anyone else to be comfortable. He’s like “don’t give the weak minded any momentum.” He wants them all to evict. Ruthless? Yup. Fair game. Absolutely. It comes down to a vote. They need a majority to buy anything. The tie-breaker is Michael, an18-year-old Eagle Scout. How are you eighteen and the number one descriptor for yourself is Eagle Scout? I do not know. But Michael votes against the hatchet. Which means they can’t buy anything for another four days.

That night it rains. Everyone is soaked and nobody has any food. Everyone immediately regrets not buying anything. Except Chris and Cody. They “embrace the suck.” The thing about Cody is that he’s also theoretically harming himself. But he somehow seems impervious to being cold and wet and hungry. I have no idea what he’s doing when everyone else is starving. It’s like he’s secretly gone full Pumba and Timon eating bugs except if he was really doing that I’m sure they’d make sure it showed up on television.

But the game is not that simple. These producers know what they are doing. So every week there is a temptation. And as luck would have it, except not really because I’m sure who they pick is anything but random, the person to get the temptation is Gina, a cocktail waitress who day one introduces herself as “Gina, like vagina” which makes to sense because she says “Gina” like soft-G Jee-na and not soft-G J-ina. Gina is about to quit day two after the rainstorm. But then she gets to pick one person to take with her to the temptation and she goes with Michael. They get the opportunity to spend $5,000 on some pretzels and chips or $15,000 on some burgers, wings, and fries. So of course they spend the most money, even though a day before Michael wouldn’t spend $8,000 on a hatchet that they would use for the next forty days. They don’t even finish all the food, they seriously leave like fifteen wings which is a sin. You’d get kicked out of TGIFridays for doing that. They make a pact not to tell the others when they get back that they just ate fries that were like $100 per.

In the meantime, Bria, an aspiring model, ate a bad coconut, which I guess is a thing even though I’ve seen every episode of Gilligan’s Island and that doesn’t seem possible. Also, get ready for every Gilligan’s Island, LOST, and The Real Gilligan’s Island reference coming at you hard and fast for the next few weeks. Bria decides to self-evacuate because she can’t make it to the next checkpoint and doesn’t want to deprive her team of the next $100K and nobody stops her. Cody is even like, “if I couldn’t make it, I would definitely go because I wouldn’t want to do that to anyone.” Which is a lie. And he would stay and I would stay because even if you feel sick for a week, you stay and get better secretly and let everyone think you’re going to bounce and then you never leave because that island is your new home and you owe Stevie Sharks 75 grand he’s never going to see again unless he parachutes in and takes from your duffel bag that you paid $20,000 for.

So Bria is out 3 days and 2 hours into it and the group has to walk to the next checkpoint in three and a half hours or they lose 100K. In the meantime, ever since I watched this show I’ve been walking around my apartment inflating the prices of everything like $6000 for this box of raw pasta and $100,000 for the ALF picture on my kitchen wall. What does it even matter now anyway because people were getting Metrocards with the Supreme logo on them in New York City and reselling them for $90 because money is fake. But my love for this show is so real. 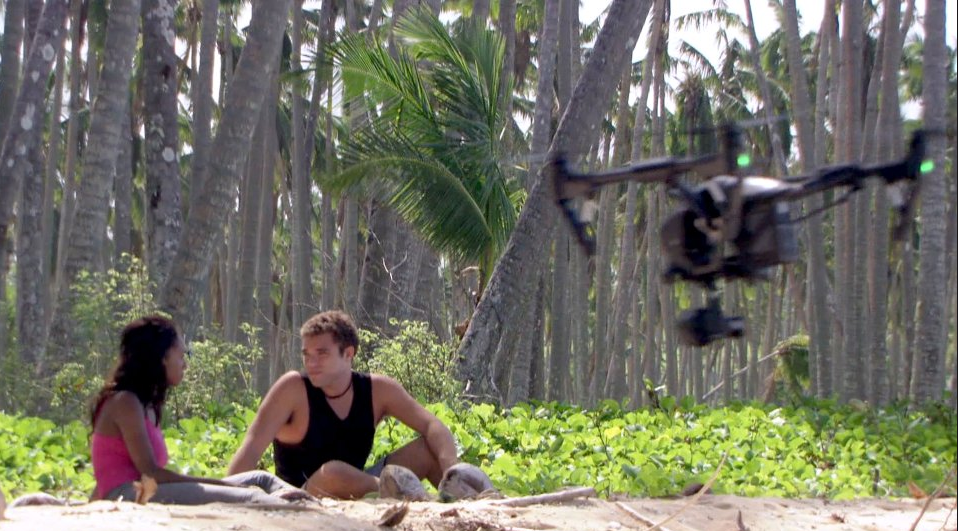