One of the worst post-election analyses is blaming actress Susan Sarandon for Hillary Clinton’s loss. Sarandon was one of few celebrities who supported Green Party candidate Jill Stein over Clinton, who was in no short supply of celebrity endorsements. Newsweek published an entire article that childishly blamed Sarandon for Donald Trump’s election.

Sarandon’s question was met with abrasive responses from McKesson, Clinton’s supporters, Clinton propaganda hit man Peter Daou, The Nation’s Joan Walsh, and Center for American Progress CEO Neera Tanden. Daou transmogrified the question into a personal attack, Tanden claimed Sarandon supported Trump by voting for a third party candidate, and Walsh condescendingly asked Sarandon, “Why are you still being like this?”

In the warped view of these blindly loyal Clinton supporters, one celebrity had the power to swing the election and cause thousands of voters throughout the rust belt and Florida—who voted for Obama in 2008 and 2012—to vote for Trump.

Such stunted thinking binds the Democratic Party from meaningful reform. Instead, they double down on scolding and blaming those who don’t fall in line. The Democratic Party is unable to admit that Clinton was a flawed candidate. After all, Trump gave her weekly opportunities to sway the election in her favor.

Earlier on February 15, MSNBC’s Chris Hayes interviewed Susan Sarandon and Josh Fox, attacking both of them for not advocating for Clinton. Sarandon and Fox pointed out that the Clinton campaign resisted adopting progressive policies, which would have energized the Democratic Party’s support base. Instead, Clinton’s shift toward the center created an enthusiasm gap that the campaign’s arrogance and poor strategy failed to close. Even former President Barack Obama pointed out that it was a mistake for Clinton to avoid grassroots campaigning in Wisconsin, Iowa, and other areas that he won by making appearances and engaging with voters. Clinton focused more on lavish fundraisers and touting high profile endorsements.

Those who continue defending and advocating for the failed status quo are ignoring the people who suffer the most from its policies, as Sarandon pointed out to Hayes, noting his failure to adequately cover the Dakota Access Pipeline protests—which Clinton has yet to support. Many voters turned to Trump out of desperation for an alternative to Clinton, who embodied the status quo. However, given the fact that the Democratic establishment has not taken responsibility for their failure in the election, pro-Clinton advocates will remain in their cyclical loop of praising those in power, rather than challenging them to take meaningful actions for working class, middle class, and low income Americans. 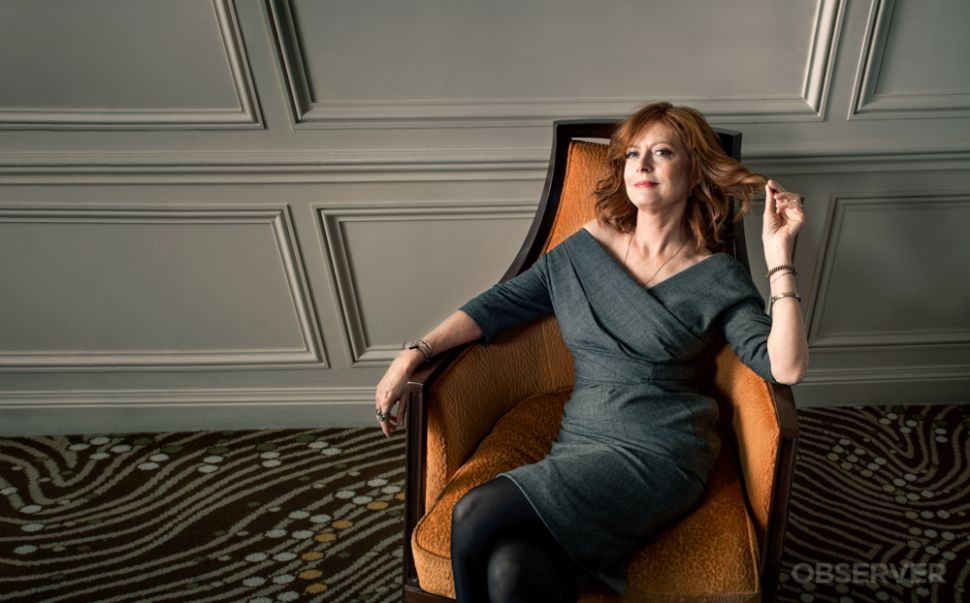