As Law & Order: SVU celebrates its 400th episode, it does so with a narrative that exemplifies just why the series has lasted so long.

This particular story, while not heavy on action, was loaded with the kind of nuance that often permeates this procedural series in a way that not many other shows can pull off. And, there are reasons for that.

While in the back of an SUV, young Luke Keller tries frantically to reach his mother. He’s chronically unsuccessful as all of his calls go straight to voicemail. In an urgent message, Luke explains that he had a fight with his father and is headed home.

Upon arriving at his mother’s place, Luke lets himself in and is disturbed when he hears what sound like cries from his mother.

Quickly he dials 9-1-1, but as he does this he grabs a shotgun and follows the sound.

Upon entering the kitchen, he sees his mother bent over the counter with someone behind her. She looks at her son and screams, ‘Help! He’s raping me!’

In the aftermath of the shooting the SVU squad is on the case. Quickly, it comes out that the dead man is Luke’s best friend, Trey.

When Benson questions Luke’s mother, Dr. Nicole Keller—yes, she’s a psychiatrist—she says that since Trey was her son’s friend, she let him in the house and that she was surprised when he attacked her.

After Rollins and Fin find some pictures of Nicole and Trey in bed, she claims he was stalking her and snuck into her room while she was sleeping to take the photos.

Digging deeper, Benson and the team find another boy, Ethan, who says he was having sex with Nicole as well. She, of course, denies all of this.

In the courtroom, defense attorney John Buchanan goes after Luke on the stand, getting him to admit that he’s getting a deal from ADA Barba—no jail time for testifying. But, Luke is meek on the stand and doesn’t really implicate his mother.

Almost immediately after taking the stand in court and trying to refute Barba’s claims that she was having an affair with Trey, Nicole realizes her case is going South and declares that she want’s to change her testimony—and tell the truth.

Now, Nicole admits that she was in a sexual relationship with Trey, that she did not scream that she was being raped in the kitchen, and that she only cried rape after the fact to keep her son from going to jail for shooting Trey. Then she says that her own son has a romantic attraction to her. She yells out in the courtroom to Luke that she’s sorry, that it’s all her fault, that’s she’s responsible for Luke shooting and killing Trey.

Benson and the team realize that Nicole is burying her own son to create reasonable doubt in her case.

In light of his mother’s admission, Luke decides that he wants to plead guilty to the shooting but Benson has a talk with the incredibly conflicted child about, well, everything.

After this, Luke takes the stand and very confidently says that he shot Trey because his mother looked him right in the eye and said the words, “Help! He’s raping me.”

The jury decides that Nicole is guilty on all counts – rape of a minor and 2nd degree murder. As she’s hauled away, she yells out to her son that she loves him and that she’s still his mother.

As a celebration of 400 episodes, the creative behind SVU could have amped up this episode by loading it with guest stars and making obvious callbacks to past storylines and characters moments, but instead what they did was show how complicated relationships, a crime, and the aftermath of that crime all intersect in a way that’s messy and that will have long-lasting effects on everyone involved, including the detectives.

All of this is very true to life, and for a series that never seems to shy away from reality, it’s quite possibly the best way to celebrate this milestone.

Highlights of the episode include seeing a lot of Benson and Fin working together with the quiet realization that these two have been side-by-side for 17 years, which in the modern workplace is a feat in and of itself. Now add in that they’ve been working in sex crimes all that time, where the average stay is something like two years, and it becomes all the more commendable. That’s a true partnership there.

The best exchange of the episode came when Barba, seeing Luke hug his mother during the trial says, “Poor kid doesn’t know whether to love her or hate her,” to which Benson responds, “It’s hard to give up on your mother, no matter how sick she is.”

It’s a statement that reflects the relationships in so many of the cases that Benson has seen, and it can also be interpreted as a low-key reference to Olivia’s own relationship with her own mother, Serena, an alcoholic who died when she was drunk and fell down the stairs.

This dovetails with Olivia’s treatment of Luke during the trial, especially when she reaches out to him to discuss his conflicted feelings about his mother. In this instance she offers to take care of his basic needs by getting him something to eat but she quickly segues into addressing his emotional needs and offering the motherly advice that his own parent can’t, or won’t, give him.

This scene in particular hit on the entire theme of Law & Order: SVU, which is the care of the victims, and Lieutenant Olivia Benson’s role as motherly protector. She’s been doing this for others for years, and in a twist that only a series that grows and changes over the course of its lifespan can do, now she’s doing it for her own son as well.

So there you have it, 18 years and 400 episodes—all infused with a combination of intriguing and emotional cases, the personal struggles of the victims as they heal, and the sensitive law enforcement officials who not only seek justice but who provide comfort and support as well.

These are all their stories.

Here’s to 400 of them, and hopefully many more to come. 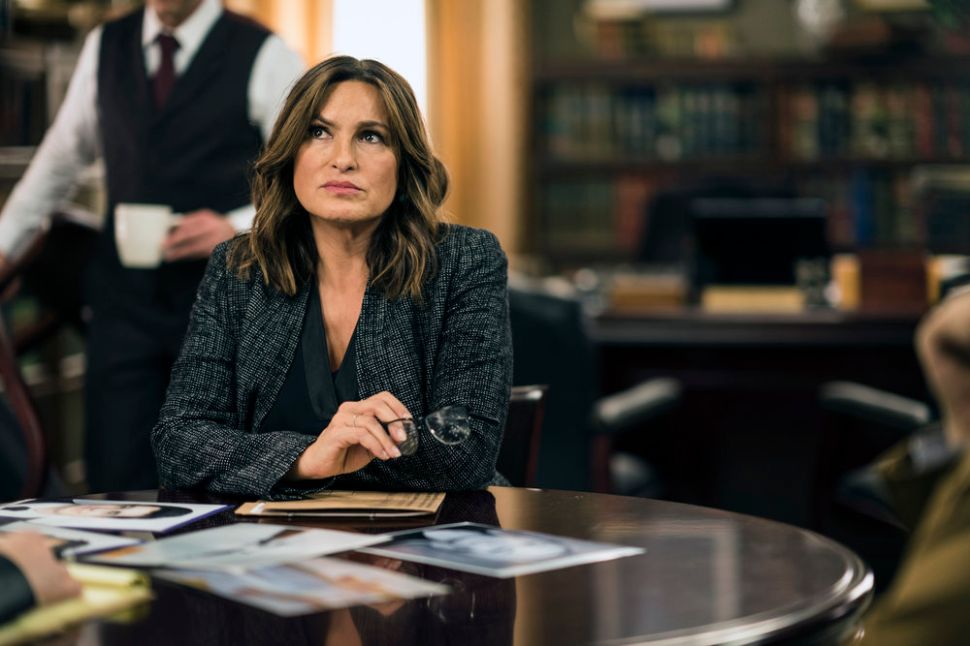