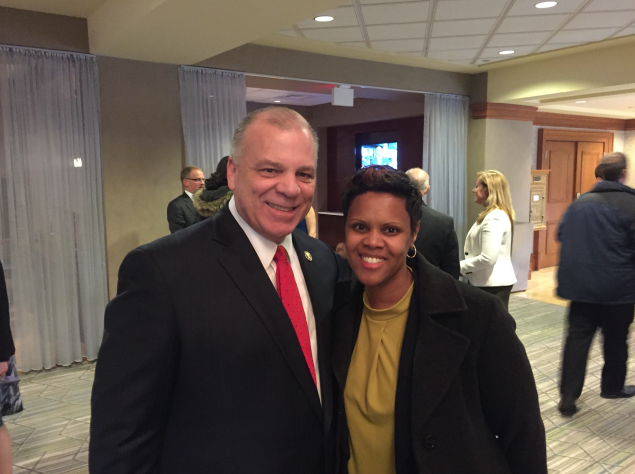 Sweeney at Thursday’s reception after the arrival of the N.J. Chamber of Commerce train. JT Aregood for Observer

WASHINGTON — Lawmakers and lobbyists are filing into the Wardman Park Marriott from the N.J. Chamber of Commerce train, and Democratic State Senate President Sweeney offered his thoughts on the developing gubernatorial race as he came in. Though one-time Goldman Sachs executive Phil Murphy is the favorite to win the Democratic nomination, Sweeney believes the Republican field is still far from decided.

Republican Assemblyman Jack Ciattarelli took a shot at both Murphy and his own primary rival Lieutenant Governor Kim Guadagno with a handout on the train from Newark to Washington.  Ciatterelli, who has the advantage of being a frequent critic of Chris Christie at a time when the outgoing governor’s numbers are at an all-time low, is hoping to generate some buzz of his own following Guadagno’s recent string of early endorsements.

“It doesn’t seem like there’s a lot of energy anywhere right now,” Sweeney said of that nominating contest. “I wouldn’t count Jack Ciattarelli out at all. It’s hard to tell in a primary. I’ve watched the lieutenant governor roll out her endorsements.”

Sweeney knows firsthand the clout that New Jersey’s county organizations have during primaries where they determine whose name appears first on the ballot, having had to concede to Murphy last year when the former U.S. ambassador racked up key northern chairs’ endorsements.

“All the counties aren’t there yet,” he said of Guadagno.

As for the early buzz around N.J.’s U.S. Senator Cory Booker for 2020, Sweeney said he has every confidence in the former Newark mayor to step up during the next presidential campaign. Booker prominent speech during last summer’s Democratic National Convention drew comparisons to Barack Obama’s speech during the 2004 DNC.

“I’d love to see Cory run for president. I mean, he’s our guy. I think Cory has really established himself as a national figure. I mean, he’s really proven that he can work with both sides. He’s an outstanding speaker, he handles himself extremely well.”

Asked whether he followed tradition and took the train in, Sweeney said no.

“I’ve been doing this a long time,” he said. 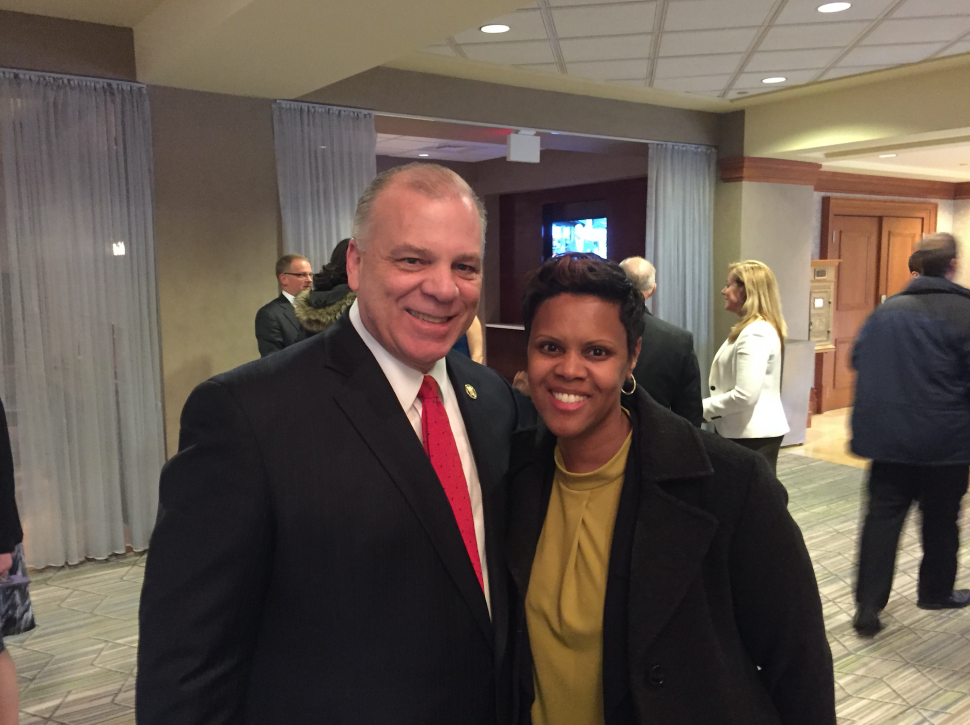