People who build bombs sometimes blow themselves up; it’s an obvious occupational hazard of being a terrorist. It happens more often than it is reported—and more often than one might think.

This blessing in disguise is sometimes compounded when the premature explosion kills not only the engineer, but the accessories-to-the-crime as well. The people around the engineer are, almost always, terrorist bomb-makers in training. The accidental explosion, in effect, can take out an entire class of future bomb makers—including their master instructor.

Abu Abdullah, one of the most senior ISIS leaders in bombing operations and planning, was, to use the vernacular of ISIS, “killed in a work accident.”

The explosion, which happened only recently, took place in Mosul. The bomb went off not in Abu Abdullah’s laboratory but in the outdoors, on a road, where he was planting what the United States calls an IED, “Improvised Explosive Devise”—though the devices are anything but improvised. IEDs come in a variety of designs and levels of sophistication. Some have motion censors and detonate when something is in range. Others are timed or are remotely activated by pushing a switch at the desired time to maximize damage.

In this case, Abu Abdullah blew himself up, along with one of his students, while planting the explosive.

Intelligence on Abu Abdullah suggests that he was the master bomb maker responsible for tens of bomb attacks throughout Iraq. His notoriety rose when he developed an expertise in booby trapping buildings in Mosul. His objective was to blow up as many Iraqi soldiers as possible while they carried out building-by-building checks as they liberated Mosul.

Abu Abdullah was also known for planting bombs on roads surrounding Mosul. As Iraqi troops approached or left Mosul, the bombs would detonate.

There is a long history of engineers who became terrorist bomb makers. The most famous of all is Hamas terrorist Ichya Ayash, a man who was simply called “The Engineer.” Ayash was also blown up—but not by a work accident. He was assassinated by Israel. His cell phone rang, he answered, and he was killed.

Agents either swapped Ayash’s phone for an identical one loaded with explosives, or just switched the battery which had a powerful explosive—those specific details have never been revealed. Then, they called him from a number that he recognized. When Ayash put the phone to his ear, the bomb exploded, severing his head from his body. The engineer’s funeral was attended by hundreds of thousands of supporters in Gaza.

The bomb maker empowers the terrorist to attack and strike at the heart of their enemy. Bombs cause great damage to property and to the intended victim’s psyche, even when only a few individuals are maimed or killed in the blast. Bomb makers level the playing field and give their fellow terrorist reason to feel proud and powerful.

A properly built bomb helps terrorists attack targets as powerful as tanks. The weakest part of the tank is its soft underbelly, and IEDs, which strike right there, have caused great damage and suffering. Israel has worked to combat this threat by re-outfitting its tanks and adding tons of heavy plates to the bottoms. This way, even if the tank is hit by an IED, the soldiers inside the tank will survive the blow.

ISIS bomb maker Abu Abdullah is just one of several notorious ISIS murderers who has died of late. News has emerged from several sources that Abu Sayyef, the infamous ISIS decapitator, was killed by unknown people in Nineveh. Abu Sayyef rose to fame and notoriety after Jihad John was killed. Jihad John, who until his death had been the most famous of all decapitators, was the British masked terrorist who went on air and publicly beheaded his Western captives.

Abu Abdel Rahman, who notoriously used a meat cleaver to cut up live women, was shot and killed by an unknown group in Mosul. Abu Rahman was the ISIS leader of a murder cult—not just a division. The fear he struck in the hearts of civilians was chilling. He cold-bloodedly murdered hundreds of women who refused to become sex slaves to his soldiers.

Part of the message of the terrorist is to spread fear. Methods are selected in order to stir as much fear as possible. For their followers, terrorists become legendary superheroes. For their enemies they become notorious murderers.

When these mass murderers are killed it is essential that we, their intended victims, announce the death and recall the horrors they perpetrated. They were not successful and, in the end, good will defeat evil. 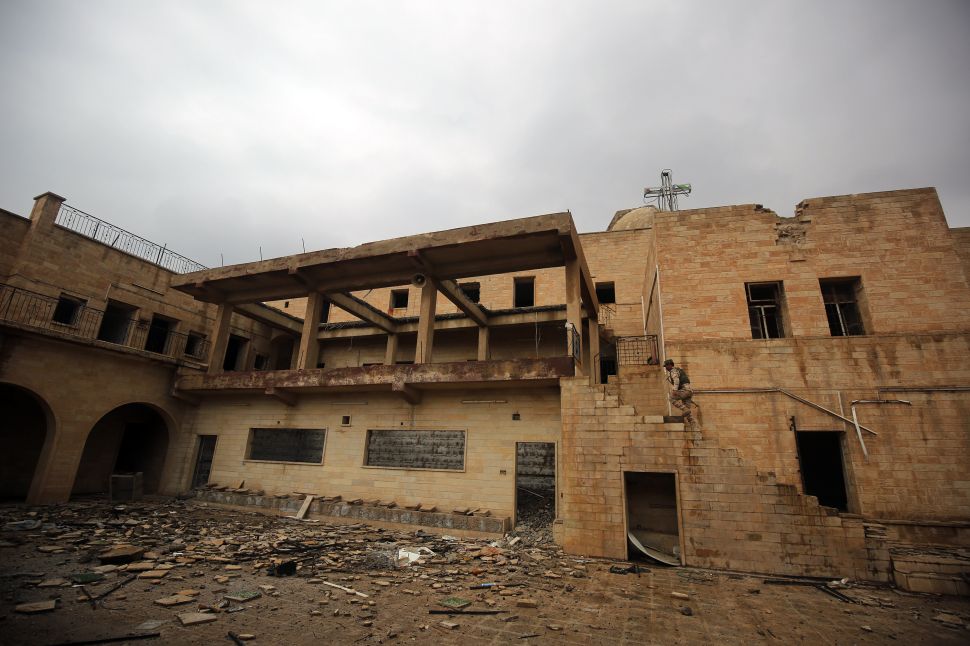