But is this new content worth the cost and commitment?

Building on the success of the fan-favorite, and critically acclaimed, series The Good Wife, CBS has spin off the original into a new drama entitled The Good Fight. It’s a similarly themed legal show that follows many of the characters from the original series.

The Good Fight picks up one year after the events of the final episode of The Good Wife. In the new narrative, an enormous financial scam has destroyed the reputation of a young lawyer, Maia Rindell (Rose Leslie), while simultaneously wiping out her mentor and godmother Diane Lockhart’s (Christine Baranski) savings. Forced out of prestigious legal firm Lockhart & Lee, Maia and Diane join fellow rising attorney Lucca Quinn (Cush Jumbo) at one of Chicago’s preeminent law firms.

Fans of the original series will recognize Lockhart and Quinn from The Good Wife, with Rindell being the newcomer.

As an experienced attorney, and acting in a rather matriarchal manner, Lockhart utters to young Rindell, “You don’t go on instinct. You wait, you listen and watch. Eventually, everyone reveals themselves.” This seems to have been the theme of all seven seasons of The Good Wife and wisely the creators have carried this over to their newest entity.

Christine Baranski, who stars as Diane Lockhart, told CBS This Morning that she was ready to slip back into her signature role. “I said bring it on. When they approached me about continuing this character and what happens to Diane in her world, I thought, ‘yeah.’ At this point in my career, it’s as good as it gets to play a woman like Diane Lockhart.”

Baranski likes the new format, saying, “I’d just done seven years of 22 episodes and that was a grind. A ten-episode arc is more succinct; dramatically, you can stay within a certain narrative. With 22 you have to keep generating new crises.”

For people who loved The Good Wife, Baranski says “This is more of that same great writing, great ensemble acting and you can look forward to seeing so many of those guest actors who the audience love.”

The guest actors are certainly a high point of the spin-off as it feels a bit like reconnecting with old friends, like Eli Gold’s enterprising daughter, Marissa (Sarah Steele), Denis O’Hare’s delightfully eccentric judge, and Gary Cole as Diane’s husband.

One fascinating aspect of the narrative is that the core trio of Maia, Lucca and Diane are similar in that they all have something to prove – Diane, that she’s still valuable to a firm, Lucca, that she’s smarter than she’s ever given credit for, and Maia, that she’s not part of her family’s scheme and is actually a morally secure attorney.

Diane’s plight is one that Baranski thinks viewers will understand. “[On the show] I have to look for work in my ‘60s. I think so many women will relate to this. It’s how The Good Wife began as well – with [main character Alicia Florrick] having to go back to work. The fact that Diane has to look for work is just so harrowing.”

Fairly quickly, Diane does land a job – at a primarily African-American law firm, where she’s the ‘minority hire.’ This ‘twist’ adds yet another thought-provoking storytelling element to the series as well.

It’s in this setting the Diane, Maia, and Lucca all realize that no one is ever going to give them anything, so they must fight for it all. And so, the title of the series works twofold – as both a calling for these attorneys to make positive choices for their clients within the legal system, and as a metaphor for the struggle they face in forging their own lives amid what is often just an extremely cruel world.

All of it is a fight worth fighting, indeed.

The Good Fight is under the guidance of Good Wife creators Robert and Michelle King along with Phil Alden Robinson (Field of Dreams). The series doesn’t stray far from the mothership in substance or tone and contains many of the storytelling elements that fans of the original will recognize, and perhaps take comfort in.

Because of the freedom offered on the streaming platform episodes will run a bit longer and contain pay-cable-worthy expletives and some nudity, which in no way detracts from the narrative or compromises the integrity of the characters. If anything, the language now seems more realistic.

Baranski, in comparing the two series as only she can, says, “You’ll recognize The Good Wife [in this], but then halfway in it’s a whole 180.”

The Good Fight premieres February 19 at 8 p.m. on CBS before moving to CBS All Access. 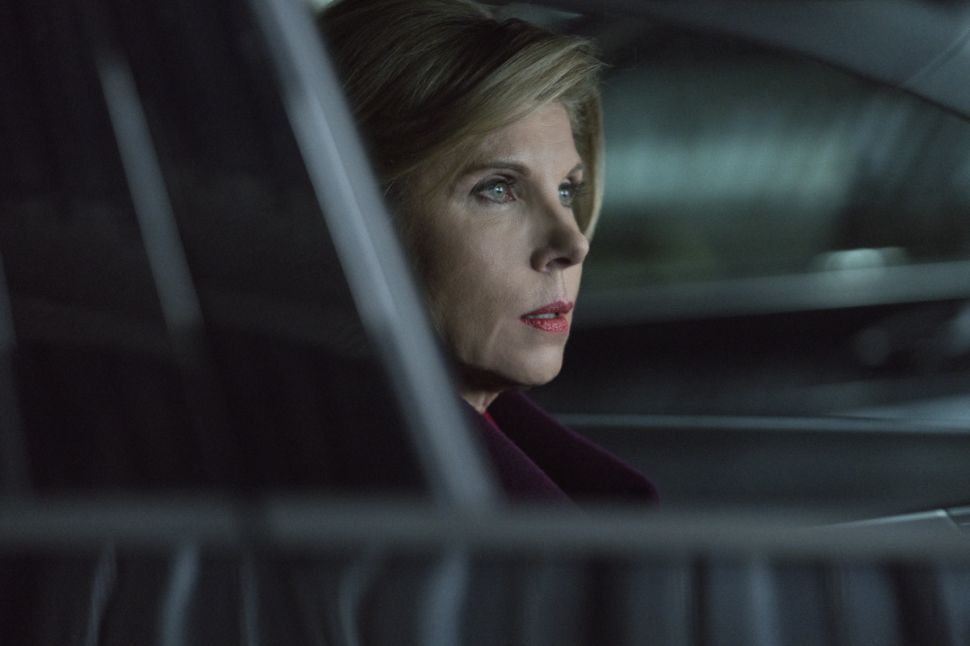