Ambiguity has long been at the center of Amber Bain’s music project The Japanese House. It’s a concept the U.K. musician explored early on in her life when she spent a week pretending to be a boy while vacationing with her family in the seaside town of Devon, England.

After recalling the experience with her mother, she remembered that the place they stayed was called “The Japanese House.” Thus came her gender-fluid moniker.

Paralleling singer Imogen Heap, Bain is responsible for some of the most beautiful, melancholic tracks of the past two years. If you hear allusions to The 1975 in her music, it’s because Bain has worked and toured with them, and released three EPs over the last two years on Dirty Hit, The 1975’s label.

Currently working on her full-length debut, we recently caught up with Bain to discuss the confusion her project stirred with The 1975 fans, to dissect her moniker, and why she makes so many sad songs.

I think I became interested in music predominantly through other music and then I started learning guitar and wanted to be a mixture between John Lennon and Avril Lavigne. It’s obviously a strange mix, but I didn’t recognize that because I was quite young, like 4 or 5.

People have mistaken you for the 1975 at first. What was it like for you when that happened?

I think I saw a few comments because my vinyl was pink or something. I think that people thought it was Matt Healy or some other boy playing. I didn’t have any photos of myself out or anything. I saw it as an obvious byproduct of not being completely revealing. I found it quite funny—I didn’t take offense.

How did you come up with The Japanese House as the name for your project?

I didn’t want to use my own name because I didn’t want to put my entire identity under this project. I think it’s important to separate yourself and what you’re creating sometimes. I thought about strange things that happened with me, and I remembered that I went on holiday with my parents to Devon when I was 5 or 6 and that was the first year that Big Brother came out in the U.K. I just decided to dress like a boy for a week and call myself “Danny.”

Then there was a girl next door who was around the same age, believed my disguise and fell in love with me. She wrote me lots of love letters. At the end of the week I told her I was a girl named “Amber,” and she burst into tears. That was really heartbreaking. I relayed that story to my mom and she reminded me that the house we were staying in was “The Japanese House.” Everyone seemed to agree that it was a good band name and a good story.

How would you describe your music?

I would describe it as harmony-based, guitar-y alternative pop. The songs are mainly based on relationship interactions between different people, nature rather than politics. It’s about emotions, relationships, loss and love. It’s very introverted and very much about myself rather than reflective on other things, which I’ve tried to combat. All that jazz.

On “Leon,” I tried to write about something that wasn’t myself. It’s about a relationship in Léon: The Professional. I found the relationship between the children very interesting—how the lines were completely blurred. The song is about the girl when she’s grown up and dealing with the loss of [Léon] and still thinking about him. The song towards the end slowly reverts to being about myself and being heartbroken at 16 or 17 when I wrote the song.

Which artists are you currently listening to?

Is there a theme that resonates through your upcoming record?

I guess the theme is mainly within the treatment of the songs. The songs aren’t listened within chronological order. For instance “Leon” was written before “Still,” which is the first song I ever released. I guess there’s a lot of loss in [the EP]—being in love with someone and losing someone and how that feeling is a similar feeling.

It feels like you’re swimming against the tide. In a sense it’s a struggle. They all tie together in a sense that they’re all about the dying of relationships and how they end. Even then it doesn’t sound like it’s one of the more cheerful ones, but it’s about how I thought a relationship was going to go down the drain, but it went in the opposite way. It ended up being about how waiting for something and being patient could be really beneficial. I guess the main thing that holds it together is the production and how I treat the production of the record. I think [the songs] tie quite well together.

Multiple relationships because all the songs weren’t written at the same time. I guess why they fit together is when I’m picking songs it’s the ones that I connect to most. For some reason, I connect to those feelings when I’m choosing a song. It could be all about one thing or not. It’s kind of subjective.

I always feel like once you’ve released something, it’s not your right to decide exactly what things are about because in a sense it ruins what people take from [songs]. People connect with a song because they relate it to themselves, so it’s nice to leave it slightly open. Obviously some of the songs are specific so, it would be a bit impossible.

What was the most challenging song to write on the record?

Probably “Face Like Thunder” because I wrote that song quite a while ago—before I released the first EP. It’s obviously quite different than a lot of the stuff I’ve done before. It’s interesting because I wrote the first verse ages ago, the second verse more recently and the middle part more recently and the chorus a long time ago. Trying to stuff so many emotions into one song is quite challenging. The treatment and production on the song was something that was new to me because I don’t really have that many upbeat songs like that. It was rewarding all the same.

What’s the biggest lesson you’ve learned as a musician so far?

Probably to listen to as much music as possible because I think it’s easy to fall into the trap of not listening to anything apart from yourself when you’re writing because you’re scared to let influences creep in and you want to keep it completely honest to yourself and your own style of your music. I think listening to a lot of music is really helpful in opening different pathways and being creative in your own way. I would say listening to music and not getting stuck in your own head in terms of songwriting. 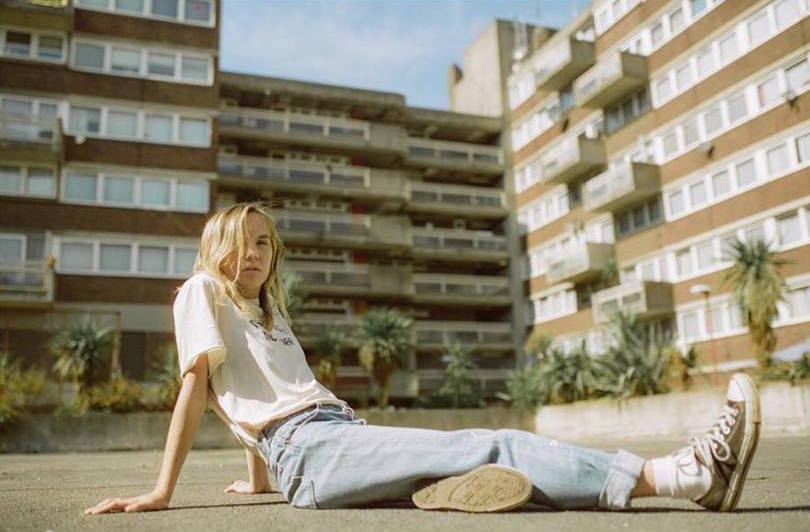