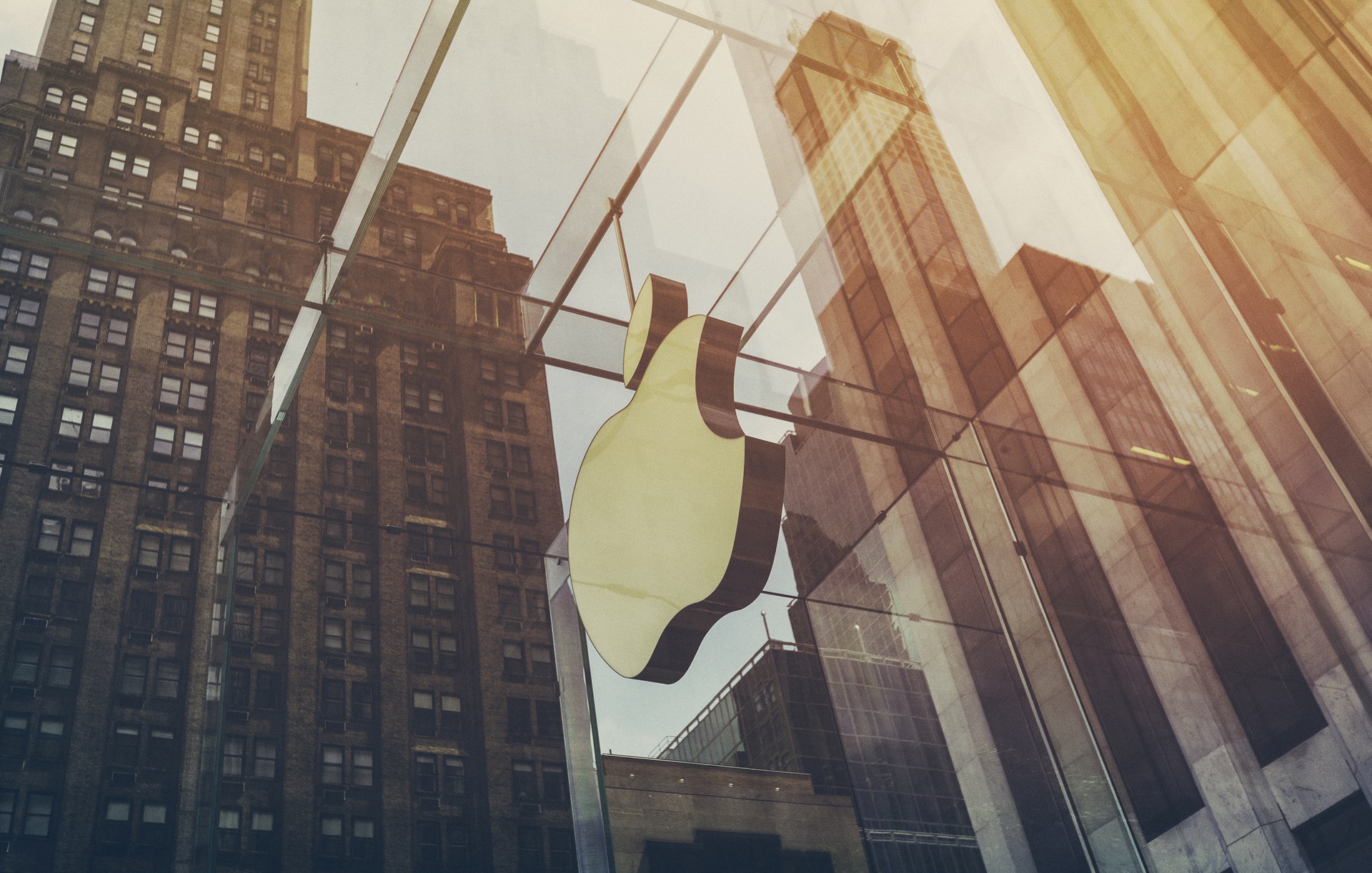 Believe me, Apple’s quarter was amazing. But personally, I expected it to be a lot better. Pexels

This article originally appeared on Quora: What are the key takeaways from Apple’s 2017 Q1 earnings report?

At first glance, it looks like Apple blew out it’s earnings… right?

If you watched TV, that’s what the talking heads said.

But let’s take a closer look at the earnings and make a decision for ourselves.

The talking heads on TV all had their opinion and they said that Apple had a “blow out quarter” with “amazing, unbelievable numbers.” They quote that sales rose 3% year-over-year and that earnings rose 2% year-over-year.

But to me, earnings weren’t that great considering the launch of the new iPhone and the fact that they bought back $144 billion work of stock (think about that $144 billion!).

So in my opinion, without the tax rate and without the buybacks, earnings would have been negative… again.

Nobody’s talking about that.

The last time I saw levels like this in 2015, I recommended to my readers to be very cautious. I was a big bear in Apple then. And the stock fell by 30%.

Back then expectations were sky high.

Here is the thing. When I say expectations, I’m talking about analysts’ estimates. I’m not talking about the valuation of the stock.

I’m talking about where everybody believes Apple is going.

When analysts are incredibly bullish, it’s time to take a closer look.

Expectations for Apple this quarter were very low, allowing Apple to easily beat the expectations and end the day up 6 points – approaching all time highs.

Then, Tim Cook is on the call saying that he loves the pipeline of Apple’s products.

Pipeline means everything outside of things that a company is selling. Not things they are currently selling like, iPhones, Macs, tablets.

So, let’s break down Apple’s pipeline:

Tim Cook says that they’re going all in.

Personally, I think they’re going to be successful. It’s a very expensive market to enter because they will have to pay for content, and pay a lot of people.

Here, Apple’s fine. Remember, they have $246 billion in cash.

Let’s say they conquer streaming. The whole market, they conquer it, right? It still won’t impact their bottom line.

You can look at Netflix, who is the king here. No debating. But, Netflix total sales are less than $9 billion.

So Apple’s not going to be able to exactly conquer this entire market.

But even if they did, streaming is currently a multi-billion dollar platform. It’s not going to move the needle for Apple.

2) Apple is going to scale back on autonomous cars

I know there’s people out there that disagree.

But I’ve talked to people from the top technology companies.

I’ve been to every Consumer Electronic show for the past five years.

How big of a market are we talking? A few billion dollars for Apple? Again, maybe $10 billion. Maybe.

But again, we’re talking about $240 billion in sales for this company.

Apple is at record sales here. But again, this is only a few billion in sales.

Everybody is talking about Apple’s service revenue growth.

…Only $7 billion in revenue.

So, are you excited about that pipeline? Some people may be.

As a potential investor though, I’m not focusing on the pipeline because it’s not going to move the needle for this company.

This is an iPhone company. Period.

That’s it. That’s what you base Apple on.

Forget about all the initiatives and everything they’re getting into because it’s not going to move the needle.

That’s why they’re still not breaking out wearable sales in their reports. They group it together with everything else.

We have to basically back door it and go around and see what those sales are because they lump it in one division.

Believe me, if it was that great, any company would tell you exactly what the sales are for that division.

Lets look at Apple for what it is. An iPhone company.

And it just had a quarter where earnings are up 2% only because it had a favorable tax rate and buyback, so that number would have been negative probably.

Now, with the holiday quarter over, my question to Tim Cook would be, “how do you expect to grow earnings and sales over the next few quarters?”

I’m telling you that there’s no Kool-Aid left to drink if you’re watching television today. Everybody’s drank it all ready.

I’m sure the stock will push through the 130 level…

momentum traders are going to jump on the bandwagon…

the technical side is going to look very, very good…

Apple, as a TRADE looks good here. It should go a little higher.

But if you’re a new INVESTOR looking to buy Apple today, I suggest you don’t do it.

I wouldn’t buy and hold the stock long term here.

Hopefully they’re able to repatriate a lot of $246 billion in cash back to the US. That would move the stock significantly. Their tax rate is already at 26%.

But how much more favorable could it be? Maybe 20%. I don’t think it’ll go that low, maybe 25%. You’re not going to see any huge benefit compared to the companies that are paying 35%, 37% taxes, which is a lot of the big companies, the big names.

We know the company has a ton of exposure outside the US, and they actually warned us on their call that they are going to have to be very careful next quarter.

I don’t think they’re going to beat next quarter’s numbers, especially now that analysts are raising them.

If you listen to the call, they actually come out and say they are going to have “currency issues going into next quarter.”

I’m advising all my readers and podcast listeners to just be careful. There’s so many people drinking the Kool-Aid right now. Almost everybody talking about Apple on CNBC, Fox Business, etc…

Believe me, Apple’s quarter was amazing.

But personally, I expected it to be a lot better.

I expected to see Apple’s numbers realize the full revenue impact from their newest products.

I don’t like Apple as a buy and hold play for investors, especially at this price.

Be very careful with Apple here. I know if you’re watching TV you think they’re reporting the greatest quarter ever. Tim Cook is always optimistic, and I love Tim Cook, I think he’s awesome.

But we have to look at the numbers as investors.

More important, you want to look at the analysts’ estimates because they were so low heading into this quarter. But in reality, in what is supposed to be their greatest quarter ever, they only grew earnings by 2%.

To put that in perspective, that’s slower than the average company in the S&P 500, which this quarter thus far is about 3.5%.

Apple is growing a lot slower than the market. You wouldn’t think that by watching TV.

Be very careful as this stock runs higher, if it pushes through the 130 level. Take those profits.

I know it’s going to pass technical levels, and all the algorithms will say buy and people will throw their money at it. But I don’t see the stock going incredibly higher here. It might be a good opportunity to take some profits off the table because the next couple of quarters are not going to be good.

Once again, I advise you to be very careful of Apple here.

Apple is a stock that I have covered for a very long time. And I’ve done very well when it has come to analyzing it and predicting it.

I can’t say that about all of the stocks I cover, but I cover my wins just like I cover my losses.

Once again, with Apple today, I think it goes a little higher as a trade.

Longer term I think it’s going to come down…and come down pretty hard over the next six to nine months.

What are some lesser known facts about Steve Jobs?
Could Mark Zuckerberg have made Facebook as it is today in any other place besides Silicon Valley?
Do extremely wealthy people ever think about retiring at a young age?

Frank Curzio is the Founder of Curzio Research and Host of the Wall Street Unplugged Podcast. If you want a closer look, Frank covered this same topic on one of his podcasts. 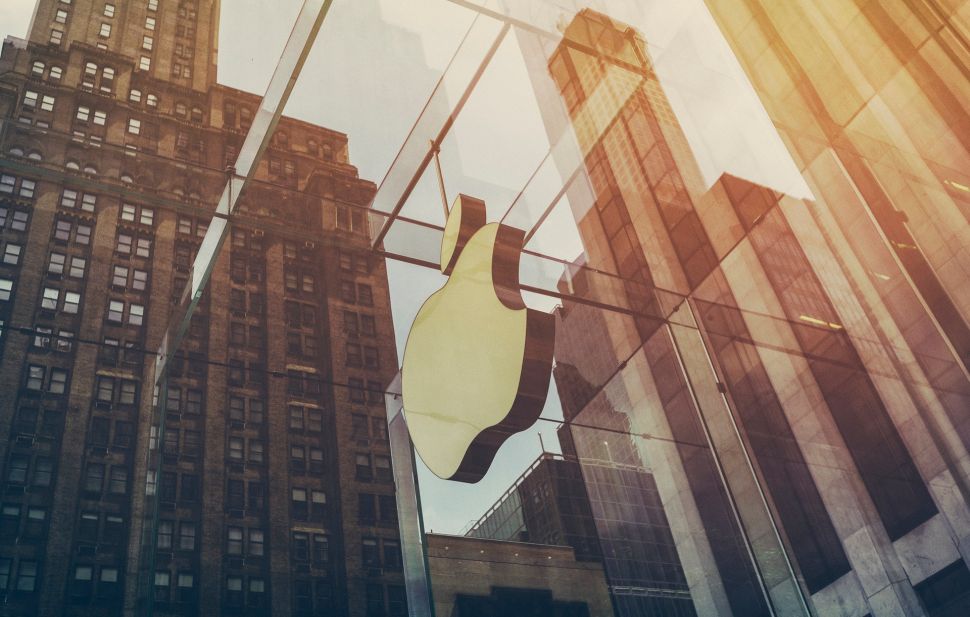