First, let me just say, before I even get into this episode recap, I am personally furious that Marina died. Of all the characters not in the books, she was my absolute favorite: totally evil but brilliantly vulnerable and a complete badass. And since Drew was doing the recap last week, I didn’t have proper space to mourn. So here is my mourning: RIP top hedge-bitch.

Okay, back to episode five. After using his wish from the White Lady, Quentin is back in the real world, working at a vague business like Edward Norton at the beginning of Fight Club, but with a man bun. (In the books, it was more difficult to get back and forth between the real world and Fillory—those stakes don’t really exist as much in the show, so Q’s return to reality is more symbolism than plot conflict.)

Lo and behold, he’s joined by fellow magic-defector Emily Greenstreet. Remember her? Emily was the girl having an affair with a professor who tried a dangerous spell to make herself prettier. When Charlie, this dude who had a crush on her (who also happened to be Alice’s brother) tried to fix it, he niffined out, becoming an un-deadish magical creature of pure blue energy, a fate now shared by his sister after her battle with the Beast.

The Emily and Quentin scenes are largely irrelevant to the main plot, but we do get to see fascinating discussions about what purpose magic actually serves, and, for the first time, it seems like the argument against using it makes a lot of sense. They’re all messing with something they can’t control and obviously don’t know enough about. They only cause more problems. Magic has ruined upwards of a dozen lives since Quentin stumbled through a portal into Brakebills, plus it lets people do creepy shit like physically transforming into one another’s former lovers to have emotionally weird sex with your one night stand. Kudos to The Magicians for finally showing the inevitable result of what totally wouild happen in a magical universe. J.K. Rowling never pulled back the curtain on the illegal polyjuice potion market with stolen supermodel hair.

What we do find out from their strange liaison is the professor Emily Greenstreet oncer loved was none other than Myokovsky, the Russian sourpuss at Brakebills South, where Penny was sentto try to fix his hands. Instead we get a bunch of great Penny one-liners and the knowledge that magic is breaking down, but Myakovsky is building a “battery” to store magical power. Wonder when that Chekhov’s gun is going to go off.

The other two plot lines are linked by pregnancy: Eliot finds out he’s going to be a dad, immediately before an assassination attempt from the Fillory-nationalist group, the FU Fighters. At least we get a bit of characterization for Eliot’s thus-far underused wife, Fen: we learn she was a former FU Fighter, until she fell in love with Eliot (can you blame her?).

Margo continues her reign as amazing on this show, not only consistently delivering the best outfits, but also the best lines. “The Defenestration of Prague,” she offers while she and Eliot are making a list of historical examples to decide what sort of punishment to bestow upon the would-be assassin. Eliot tells her they already have that one. “There were two.” Alas, this subplot ends with a bit of a whimper: softened by his impending fatherhood, Eliot decides to spare the life of the assassin. Our Champagne King is a merciful ruler.

Back in the real world, Julia, poor suffering Julia, is pregnant—raped by Reynard and now with his demon future-spawn sitting in her uterus. People will have many thoughts on how The Magicians decided to handle this. For me, I’m pleasantly surprised and impressed—they show Julia’s trauma and her grief, but at the same time they refrain from overdramatizing the reality of terminating an unwanted pregnancy. “It’s a simple, mundane procedure,” Kady says. And later: “Right now, it is just a clump of cells.”

The “simple” procedure turns into a nightmare when first Julia faces a stone-faced creepy receptionist denying that she had an appointment, and then, drugged, she watches as her doctor’s hands falter and the doctor cannot stop herself from digging a scalpel in her own eye.

It’s a scary scene, horrifying even, even if it did echo territory from the first encounter with the Beast when he pulled out Dean Fogg’s eyes. Creepy magicial creatures just love eye maiming, I guess.

Post-magical cheat day with Emily, Quentin is back at his job and like a total dumb softboy, sends Alice’s parents an email to let them know their daughter is dead. You couldn’t come to their door, Q? Not even a phone call. Jesus. But as soon as he hits send, we see the cliffhanger for the next episode: niffin ghost Alice, across traffic, mouthing the words, “help me” before she disappears.

If my calculations are correct, we’re just about finished, chronologically, with Lev Grossman’s first book and right at the opening of the second. I’m predicting they’re going to deviate substantially from the books to give us enough plot longevity to last without moving us too quickly into Quentin-at-sea territory (although they have already introduced our cartographer and sloth…) Let’s see how the pacing pans out from here. As always, I’m just praying Julia catches a break. 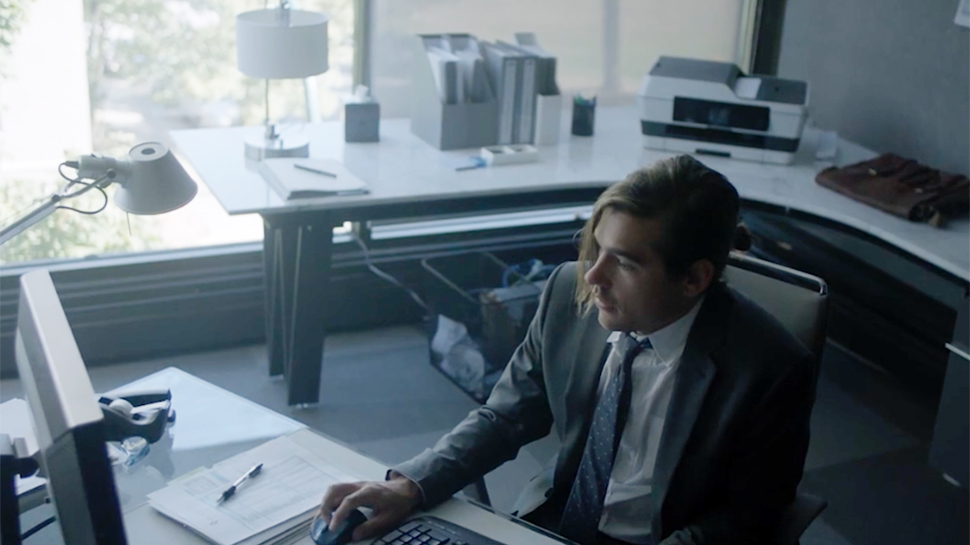