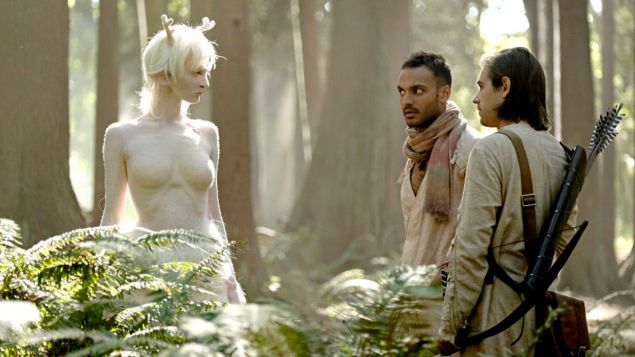 Woof. After last week’s traumatic episode of The Magicians—which, spoiler alert, included a MAJOR character’s death when Alice straight-up became a Niffin and Quentin had to use his back tattoo demon to kill her after she destroyed Martin Chatwin—this week was concerned a lot of wound-licking (I mean this figuratively, and, since all the surgeons in Fillory happen to be centaurs, possibly literally). Quentin has a new shoulder made of hollow wood, which makes him the perfect cross-section of the Tin Man and Scarecrow. Quentin is a changed man, as we realize by the end of the episode, when he uses his one wish from the White Lady (who resembles nothing so much as the hot girlfriend of Hannibal’s projection of the hidden self) to leave Fillory for good and become the hottest Legolas cosplayer in New York.

So Quentin is a changed man, as we realize by the end of the episode, when he uses his one wish from the White Lady (who resembles nothing so much as the hot girlfriend of that antlered projection of evil from Hannibal) to leave Fillory for good. That’s right, Quentin is hanging up his magic crossbow and armor for a normal life in New York, where everyone is too busy trying to get out of Times Square to notice a dude dressed like Legolas moping around. 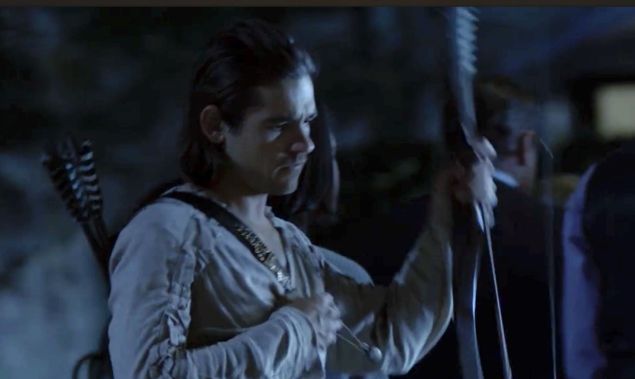 Now, this was where the first book in the trilogy left us: with Alice’s death, with Penny hand-less (though…he’s got them back now, after goading Quentin into cutting them off his body in what feels like the umpteenth stump regeneration plot this season), and Elliot and Margo running the operation in Fillory. The main difference is that in The Magicians (the first novel), we haven’t been following Julia since that fight she had with Quentin on her birthday. Convincing Quentin to go back to Fillory and be a crowned prince happened to work really well for Elliot and Margo (in the books, Janet) because they show up with Julia, his former crush and an excuse not to think about Alice. But as Margot pointed out to Julia in this week’s cattiest witch-fight, she’s more than partially responsible for Alice’s death, having absconded with Martin Chatwin to track down Reynard, the God that raped her.

“Quentin should have left you in your little hedge-hole, trading rim jobs for spells,” Margot sneers. “I think I didn’t get my friends killed.”

“You don’t have friends,” Julia responds. “You have people that are so afraid of you, they’d rather be on your side. There’s a difference.”

“And you have no one. And you deserve no one.”

At least at this point, I don’t see Julia being able to sway Quentin’s mind…or why she’d even want to in this iteration of the story, where her reputation with the Brakebills gang is already tarnished beyond repair. But that doesn’t mean she’s alone, per se: after rescuing her from a junkie den, Julia enlists Kady to bring back Marina from the dead. Which, oh man, being dead does NOT seem like fun on The Magicians. “I don’t want to go back there, don’t send me back there!” Marina sobs upon waking up as a frozen corpse. “You don’t know what it’s like!!” Perhaps this is foreshadowing for Quentin’s brief sojourn into the underworld? Either way, Marina spills about Reynard being banish-able, and Kady and Julia now have a new quest. “Best bitches right?” Kady shrugs at the prospect of being one-half of a power hedge-witch power couple. “For better or worse.”

The other great team-up from this week was definitely the evolving dynamics between Quentin and Penny. Tracking the White Lady through the Flying Forest leads to an amazing moment when, in another obvious throwback to the Wizard of Oz, the woods’ enchantment works like Dorothy’s poppies mixed with pure Molly. ”

Best line of the night would be Penny’s stoned-wailing: “Where are my stuff touchers?”

Only to be followed by Dean Fogg’s admonishment to Elliot that he and his buddies’ conquering of Fillory “reeks of Earth Priveledge.”

To be honest, Elliot’s reaction to his new responsibilities makes total sense to me: he wants to both be on Earth, where he’s free to be fabulous, AND be in charge over in Fillory, where he is a powerful King saddled with too much responsibility, a loveless marriage that has yet to be consummated and a quickly dissolving supply of magic (oh yes, Fillory’s former God Umber took a big dookie into the fountain, to prevent The Beast from drinking it. But having contaminated feces water is apparently just as bad for magic everywhere as not having any water at all. S0…)

Still though, in all, I’d rather be in Elliot shoes right now than any other character’s. 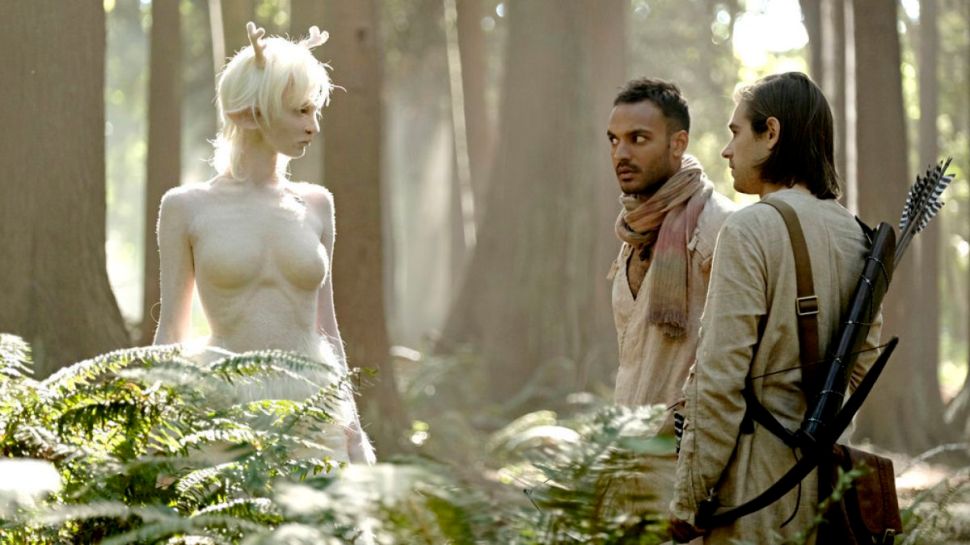