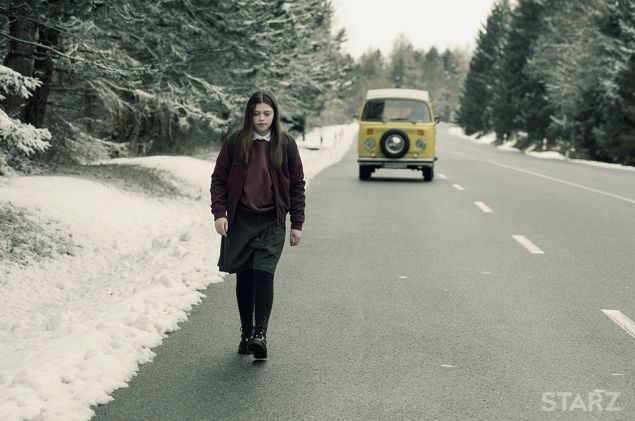 A gaunt young woman, barely clothed, stumbles through the wintery streets of a city and collapses. This is Alice Webster.

Alice disappeared 11 years ago when she was just a child. Now, her reappearance sends shockwaves through the small German community of Eckhausen, especially when it’s discovered that she may hold vital clues to the whereabouts of another missing girl. Her return is as mysterious as her vanishing. Her family should be overjoyed, but her return sparks a bevy of unanswered questions: Who abducted Alice Webster? Where has she been for over a decade? What traumas has she had to endure? And, is this woman actually who she claims to be?

Alice’s journey, and that of her family, are explored in the new eight-part series, The Missing.

Created by brothers Jack and Harry Williams, the duo wanted to explore the emotional and psychological complexity of what happens when a missing child returns, as well as tracing a thrilling hunt for a missing girl who is yet to be found.

“Everyone assumes it’s a happy ending when the person you’ve lost comes back,” says Harry. “We loved the idea that that’s just the beginning – the beginning of a long journey to somewhere else.”

Told simultaneously over two timeframes, the series follows the Webster family as they are thrown into a turmoil that threatens to tear them apart.

The structure of The Missing plays out as a complex psychological thriller; however, the essence of the story lies within each character’s struggle with identity, deceit, betrayal, and the search for truth, which is revealed throughout the story.

David Morrissey, who portrays Sam Webster, the patriarch of the family, describes the series, as a great mystery, with a unique twist for viewers. “With this, you’re the real detective. We’re giving you the clues, but you have to put the pieces together. This is a thriller wrapped in a puzzle.”

Morrissey’s character is markedly different in the two time periods of the story, he explains. “Not only are there big emotional changes, but in the present day I have all of these physical scars as well – burn marks on my face and back.”

He admits that he was a bit surprised by how these physical attributes informed the way he played Sam. “When I was initially reading it, I thought ‘okay, he has these scars…’ but when I was doing it, the weight of it physically and emotionally, just having something on you that sort of pulls you down and restricts you, it changed things for me. In a strange way, it was a good thing to have those scars. I hadn’t thought about it that way beforehand but it helped make the character a bit more clear for me.”

The series was shot chronologically with the first portion showing when Alice was taken, then jumping to 2014 when she comes back. After that, production was halted for a two-week break before all of the present day scenes were filmed to allow time for the cast to make necessary appearance transformations by altering hairstyles, applying prosthetics, growing beards.

A busy actor, Morrissey says that he learns something with each role. “Some jobs you’re able to leave and go home and have a normal life. With this, I sort of carried it with me. Keeley [Hawes], who plays my wife, is a very funny person, so at the end of the day, we would try to make each other laugh and get the day out of our system and sometimes we just couldn’t do it. So I learned a little more about how to try to detach from my day.”

In the role of Alice, Abigail Hardingham has some interesting thoughts about how playing such a dark character informs her personal life. “It’s interesting to me in that I find a little equilibrium when I’m playing the crazy roles. It allows my real life to settle down in a way.”

She goes on to say, “There’s not one scene where Alice is happy or jovial, but when you’re surrounded by people that all h the same goal – to make something creatively wonderful – it can be weirdly pleasant. It’s not fun in the traditional sense, but it is gratifying.”

Hardingham compares The Missing to another recently acclaimed show as she says, “This is in the same vein of something like True Detective; it’s a huge, epic mystery but it’s also a character driven story. We reveal things so subtlety and it’s a very nuanced mystery; you get to get under the skin of each character in a very unique way. One episode you might adore a certain person and then the next you might yell, ‘why did you do that!’ That’s what makes this so good.”

Morrissey agrees with this thinking as he adds, “We’re certainly not spoon feeding the audience here. You have to figure things out and working across the timelines with all of the clues, there’s a lot going on. If you watch you really to have to work and think for yourself.”

Because the series is so dense, Hardingham says, “You can’t just sit back and take this in. There’s no fiddling with your iPad while you watch this show.”

Lurking both in the past and present, Morrissey says the series asks complex questions about time, distance and decision-making. “We really look at how the past shapes the present in this series and that’s something that people in real life think about every day. If you watch this, maybe it will give you some insight into that concept. That seems like a big thing to expect from a television series, but give it a glance and I think you’ll be surprised by how it makes you feel about your own life.”

All episodes of The Missing will be available on February 12, but you can watch the first episode free now. 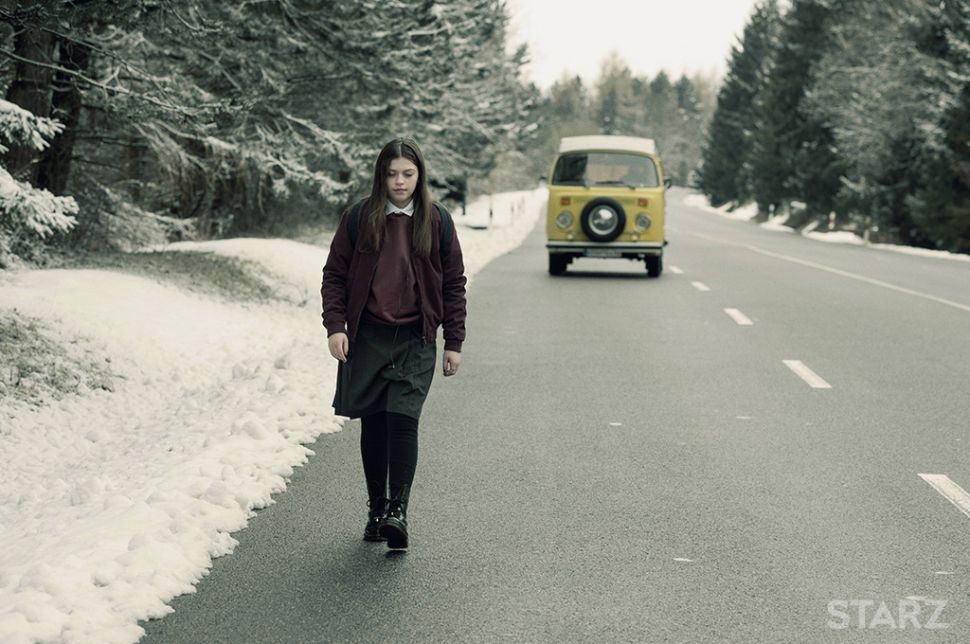