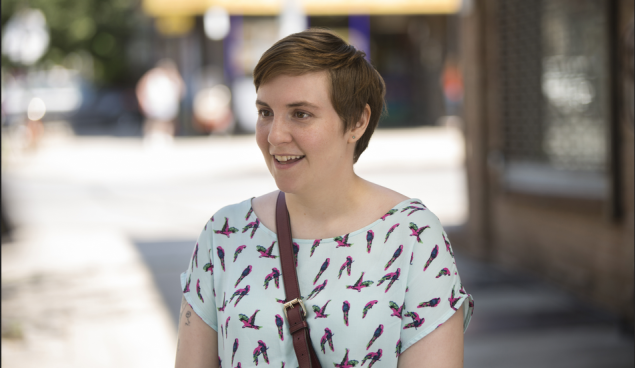 I have a nasty confession to make: I watch Girls. I don’t love every episode, nor do I always watch it the day it airs, but it’s in the modest stable of probably 10 shows I watch each season (along with very different fare, like Syfy’s Dark Matter, to be clear).

When the show first came out, it was my friend Michael (male, comedian) who was most excited about it. Now, there’s a grand total of two people I know who admit to watching and liking it: another comedian / writer I know and a friend who went to college with Lena Dunham.

Among my female friends an open admission to watching the show lands like a gender-betrayal fart. Objections usually focus on how unlikeable Hannah Horvath is, how “unrealistic” the show is, or the entitlement of the characters. When the shock of my affinity for it fades, I often get a reassurance that “it’s ok, we all have a guilty pleasure TV show we watch.”

Here’s the thing. While it’s no 30 Rock or Game of Thrones, I actually don’t feel a shred of guilt about watching it and cannot think of a reason—save misogyny—why it is so bloody popular to decry it.

Just scan the comments on a recent New York Times story looking at what Girls has accomplished (and not) on the eve of the sixth and final season’s premiere, and you’ll see what can unite rustbelt Trumpians and safe space-hungry urban elites: a loathing for this show.

Here’s a smattering of the comments:

“This show gave a terrible and inaccurate impression of young. liberal, cosmopolitan people and I would hate to live anywhere its characters world view prevailed.”

“What is the NYT obsession with this marginal show and dense, self-absorbed writer?”

“I couldn’t stand it because the characters were so unbelievably stupid and had such horrible judgement [sic]. It wasn’t comedic. It wasn’t true to life. It wasn’t fantastical. It was just embarrassing.”

I’ll leave the thorny question of diversity aside (though, as the Times said, Rebecca Traister years back pointed out that there are plenty of shows featuring a cast of nominally middle class white people that never raised an eyebrow). Let’s instead focus first on “unlikeable.” When I think of the characters I enjoy in television comedy, likeability is… nowhere. The cast of It’s Always Sunny in Philadelphia is a band of (all white!) narcissist alcoholics, who often exploit others for their gain and ruin lives. Rick and Morty? One title character is, again, an exploitative alcoholic, and the other’s brainwaves so dull they mask those of more intelligent humans. Even in 30 Rock, Liz Lemon fires a hardworking accountant in order to steal her boyfriend and claims her husband died in order to get out of gym membership.

I’ve never found likeable people very interesting and I think, maybe, if Hannah Horvath seems not sufficiently attuned to others’ needs on screen, it might have to do with … you. With your discomfort with successful young people, with self-actualized women and with the fact that narcissism knows no bounds: the non-conventionally attractive are afflicted too.

But what about the charge that Girls is unrealistic? That young women in New York City are not all haplessly plodding towards loosely circumscribed goals while navigating messy relationships of all kinds and drinking and fucking their way towards either oblivion or a book deal (which I bet you $5 is what’s coming in season 6 for Hannah). With interstitials in the Hamptons. Well, I’m sorry, but after 10 years in New York, seven of them in my 20s, my experience shows that to be almost totally true. Have you ever taken an uber pool in Williamsburg? Do that. Trust me, the conversations between millennials (men and women, to be sure) get a whole lot worse than those on Girls. “Do you keep your Coachella money in checking?” “Is molly really still illegal?” “This is my favorite dog Instagram!” All based in fact, and I don’t even take a car often.

Again, I think that perhaps if this (admittedly somewhat exaggerated) world of semi-striving, broke, unmoored 20-somethings with poor judgment throws you, you’re in denial about what New York City has been like as of late, or you haven’t actually been here. Do I know someone who spent $275 on shoes but qualifies for Medicaid? Yes. Someone who spends $400 a month on marijuana and estimates she drinks “about 120 beers” per month? Yes. Someone who accumulated $13,000 in credit card debt doctor-shopping for Adderall? Yes! I also love these people, and by the way, they are all accomplished professionals in high cultural capital fields.

You know what was extremely realistic? The shitbox Marnie lived in and the length of her marriage. The carpenter boyfriend who becomes a Broadway actor (I wish it weren’t true, but this does happen). The ill-advised home birth. The crippling OCD afflicting someone you’re not sure should continue to write personal essays. This is all happening around us constantly.

Last but certainly not least, we get to entitlement. Yes, the characters are entitled. They think the world should be just and fair and that they’re talented and will eventually find their places in it. For this charge, I have only one rebuttal: isn’t that what we tell people to think in America? It feels like entitlement is a great psychological edge when you’re a man working in business—look no further than our president—but ugly when you’re a young, confident woman who wants to work in the arts.

Perhaps most disturbing is the fact that the soft misogyny of mandatory shitting on Girls seems most pronounced among women. Men I know can swallow that I’d watch it, often, and one even encourages it. Women’s reactions are far more extreme, for reasons unknown.

Anyway, with the season premiere this weekend, I thought I’d come out as a Girls viewer. Just to cast my vote that, yes, young New Yorkers are self-consumed, boorish, earnest strivers. Caricatures of themselves, often. They maybe just don’t like to be reminded of that by someone young, successful, now-wealthy and female. Sorry? 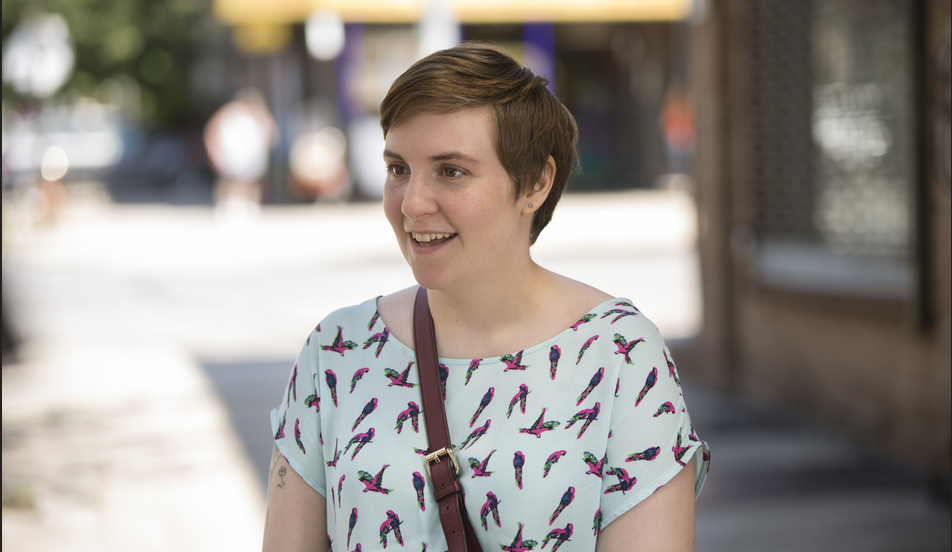