Netflix announced today that The OA—the worst show ever made / best show in existence, period–is getting a second season, which the streaming network is calling “Part II.”

The OA, a sci-fi mind-bugger from Brit Marling and Zal Batmanglij, had a lot going for it; it’s diverse as hell, and intriguing to a point where, like hard drugs or jumping out of an airplane, pretty much impossible to stop watching once you start. On the other hand, The OA was often, if not always, an incoherent jumble of canned tomatoes, attack dogs and sparkly alternate dimensions. As you may recall, season one–“Part I,” I suppose–ended on a bit of a cliffhanger. Cliffhanger, in this scenario, means a surprise school shooting was thwarted by the spastic dance-moves of four students and a teacher, which, in turn, may or may not have transported Marling’s Prairie Johnson to another dimension in pursuit of Jason Isaacs’ mad-scientist Dr. Hunter.

Or, she’s just dead. Hard to tell. BUT, it looks like at least some questions will be answered when The OA returns to Netflix. Take it away, guys. 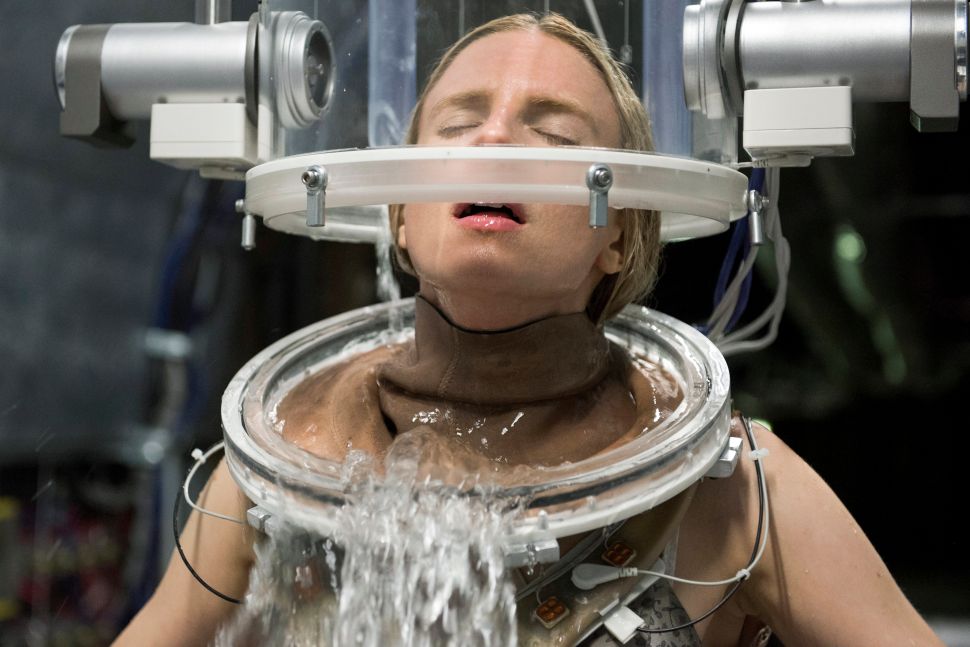