A lot of people have eventful summer vacations, but Reddit user NervousPopcorn has most of the world beat. In fact, his Parisian getaway was so traumatic that he couldn’t even put it in writing until today.

In a post on the Today I Fucked Up (TIFU) subreddit which ended up on Reddit’s front page with over 9,000 upvotes, NervousPopcorn detailed his Paris experience, which was the first leg of a month-long European backpacking trip with his girlfriend Emily. The couple spent the morning of July 10, 2016 smoking hash with friends, who invited them to watch the Euro 2016 final between France and Portugal with them that evening (Portugal won the soccer match).

The group was supposed to meet at the “fan zone” by the Eiffel Tower, but NervousPopcorn and his girlfriend overslept and couldn’t get their bearings, so they ended up on the wrong side of the tower. 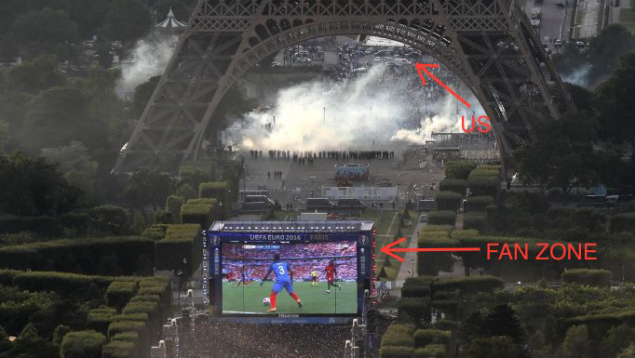 In fact, the duo was unknowingly at the center of a riot between soccer fans and French cops over police brutality (the fight continues today). Before they knew it, they were knocked down by the force of the crowd and Emily’s “knee (was) so broken the thing might as well be on Mars.” As if that weren’t enough, a tear gas canister then blew up in their faces.

NervousPopcorn then started running with Emily over his shoulder, and the couple searched for help even though they were surrounded by “riffraff of the worst variety.” During the chaos a stranger also snatched Emily’s phone out of her hand, and another person tried to steal her purse. The second thief, “young African guy,” punched NervousPopcorn in the face (shattering his nose) and then ran away.

By this point, the couple was stuck in “an infinite bridge of hell on earth…I am pretty sure we are going to die,” NervousPopcorn wrote.

Suddenly a “very large goofy looking fellow” came to help, carrying Emily to safety with his friends. He called an ambulance and the couple drove off. But they weren’t out of the woods yet, because when the ambulance workers asked them for an ID they realized their passports had been stolen.

Eventually the couple got to a hospital and Emily’s knee was reset. NervousPopcorn’s nose is still crooked, which is “fine with him.” They got emergency passports and continued on their trip. 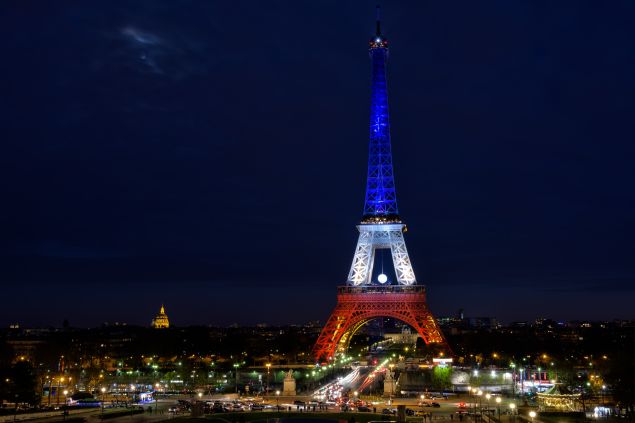 The Eiffel Tower isn’t so beautiful when it’s surrounded by soccer fans and police in riot gear. Wikimedia Commons

Redditors immediately raised questions about the story, especially NervousPopcorn’s characterization of the African thief and the Parisian “riffraff.” He responded that the guys he had smoked with early on that fateful day were African, and that commenters “should have a more nuanced perception of the world.”

NervousPopcorn seemed to struggle with this “nuanced perception” himself, however: he wrote that “the first thing I noticed (about Paris) was the smell of piss, the second thing was a drunken brawl with weapons in the streets.”

Many other users backed up these views, and said the poster’s experience proved not only that he had fucked up but that PAFU (People Are Fucked Up).

The most incredible aspect of the story, however, might be that Emily and NervousPopcorn are still together. “The fact that she willingly continued with our trip after all of this, hobbling around with a knee brace, still blows my mind,” he wrote. 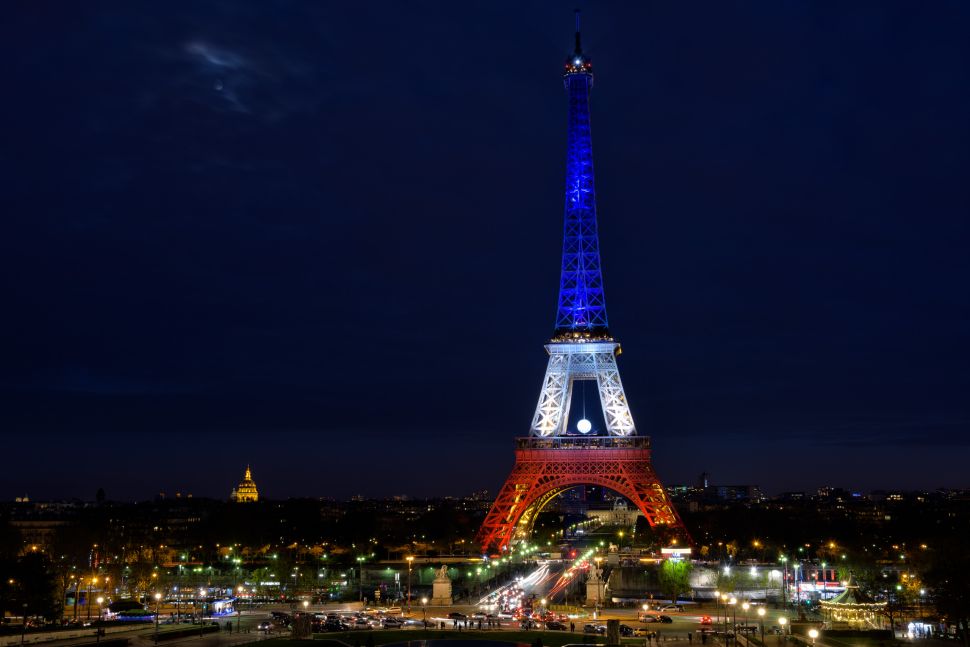