On February 7, a bill, proposed by NRA-backed Florida Sen. Rob Bradley, expanding the Stand Your Ground law passed the Judiciary Committee by a 5-4 vote along party lines. The bill would shift the responsibility to the prosecution to prove that an individual “beyond a reasonable doubt” is not eligible to claim immunity under the law.

The bill, which will likely be made law given that Republicans hold the governorship and the state legislature, has provoked immense criticism from those who worry it will cause more violence. The Miami Herald reported, “Bradley’s proposal drew immediate backlash from prosecutors and opponents of Stand Your Ground who fear the changes could flood the courts and make it easier for criminals to go unpunished. The plan also raises among critics renewed constitutional questions of double jeopardy in that requiring a burden of proof of ‘beyond a reasonable doubt’ would essentially force prosecutors to try a case twice, once before trial and then at trial itself.”

Florida’s Stand Your Ground law gained national attention in 2012 when George Zimmerman, a neighborhood watch captain in Sanford, Florida, shot and killed an unarmed 17-year-old Trayvon Martin. Zimmerman had a record of frivolous 911 calls, and a 911 dispatcher told him not to confront Martin, who did nothing wrong but looked “suspicious” to Zimmerman. Under Florida’s Stand Your Ground law, Zimmerman was not arrested that night and was ultimately not convicted for killing Trayvon Martin.

Since his trial, Zimmerman has spread racist remarks and flaunted the fact that he got away with the murder that incited the nationwide Black Lives Matter movement. In May 2016, Zimmerman attempted to sell the gun that he killed Martin with on a gun auction website. Before Twitter suspended his account, Zimmerman tweeted photos of Martin’s body, touting the Confederate Flag, and regularly posted racist memes about Barack Obama. Zimmerman has been arrested several times since the trial, mostly for domestic violence disputes.

“He took a life, carelessly and recklessly, and he shouldn’t deserve to have his entire life walking around on the street free,” Trayvon Martin’s mother, Sybrina Fulton, said in a February 2016 interview. “I just believe that he should be held accountable for what he’s done. It’s just upsetting to know that a person can shoot and kill someone and justify it.” Martin’s parents recently released a book, Rest In Power: The Enduring Life of Trayvon Martin, about their experiences in the wake of Trayvon’s death.

Rather than taking steps to ensure such tragedies aren’t repeated, Florida is disgracing Martin’s legacy by considering an expansion of the Stand Your Ground laws. “Stand Your Ground laws increase homicides, have no deterrent on serious crimes, result in racial disparities in the criminal justice system and impede law enforcement,” noted a 2014 report by the American Bar Association, recommending Stand Your Ground laws across the country be repealed or heavily scaled down. Unfortunately, Florida is doing the opposite. In addition to Bradley’s bill, 22 Florida Republican legislators have co-sponsored a companion bill that shifts the burden of overcoming the self-defense immunity from defendants to prosecutors pre-trial. 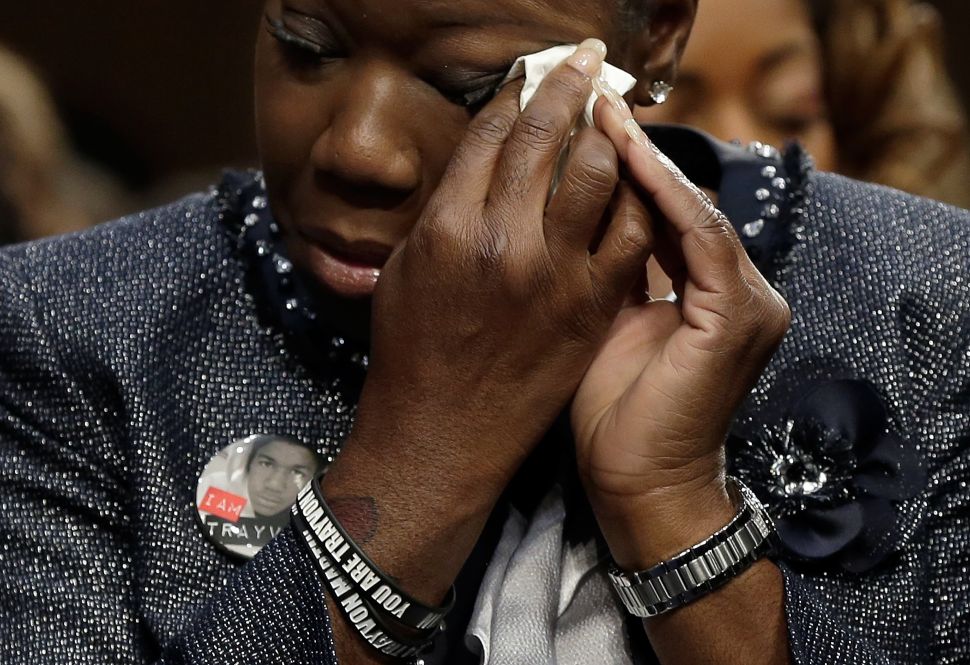