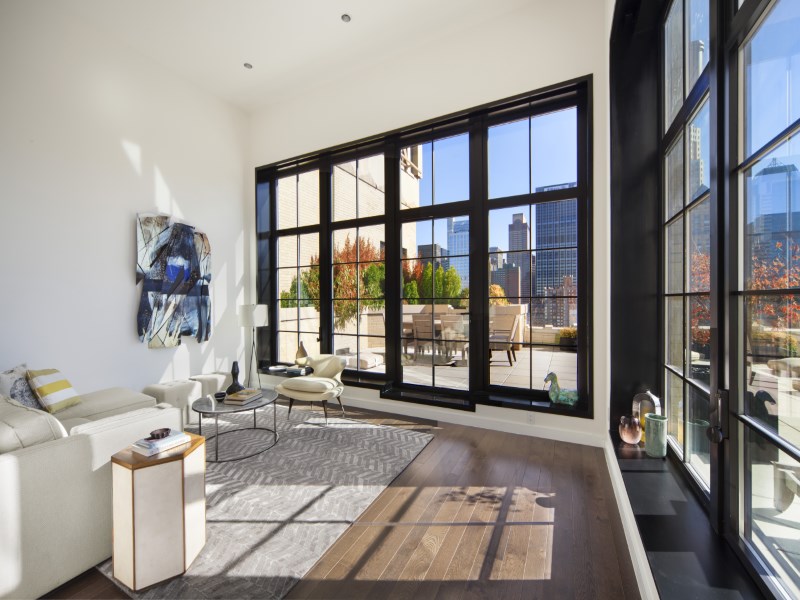 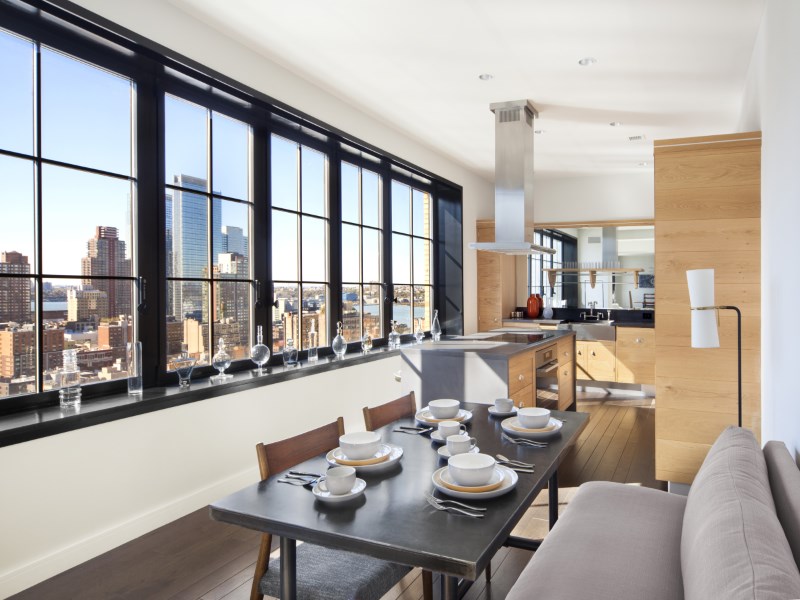 A wall of windows by the dining room.
Sotheby's International Realty 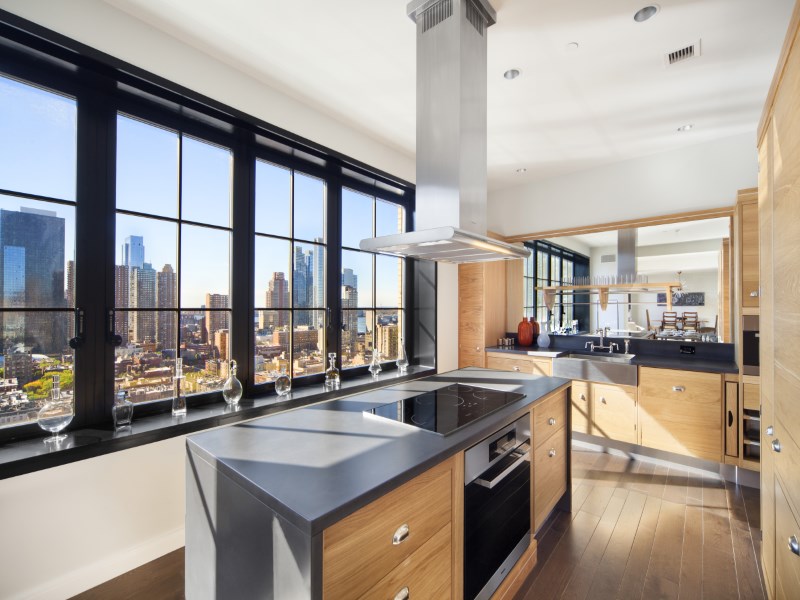 All Miele appliances in the kitchen.
Sotheby's International Realty 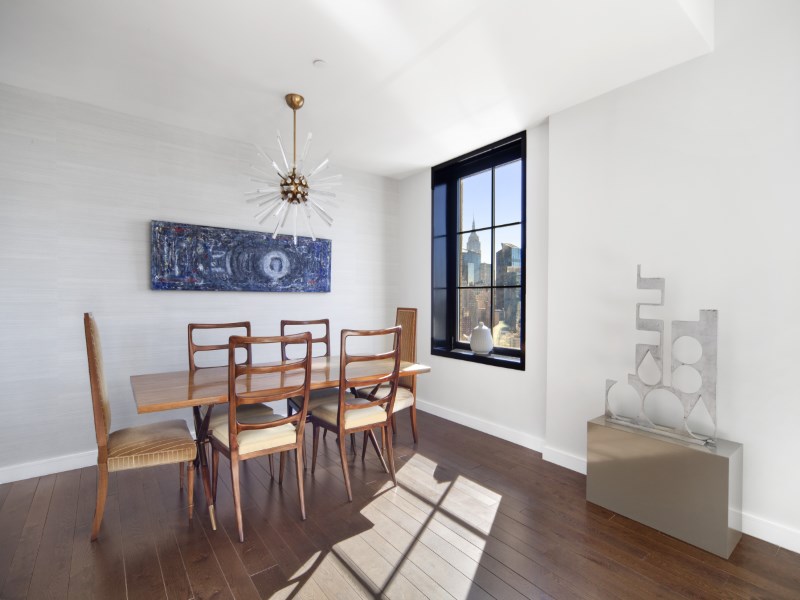 Noah was living in a smaller apartment in the building.
Sotheby's International Realty
Advertisement 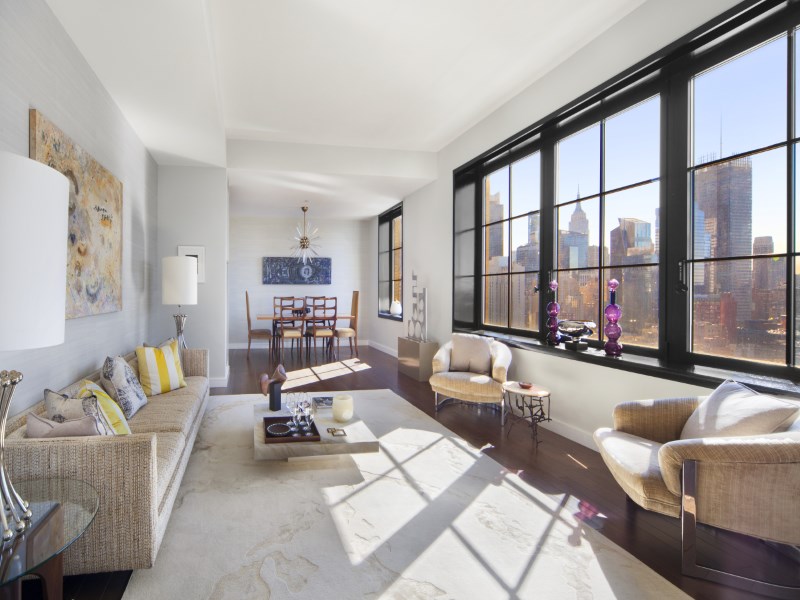 There are 14-foot ceilings throughout.
Sotheby 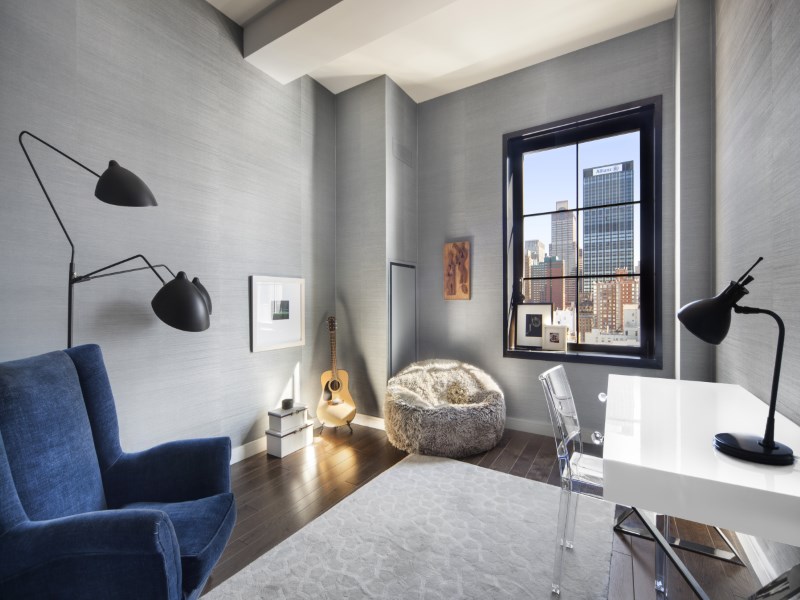 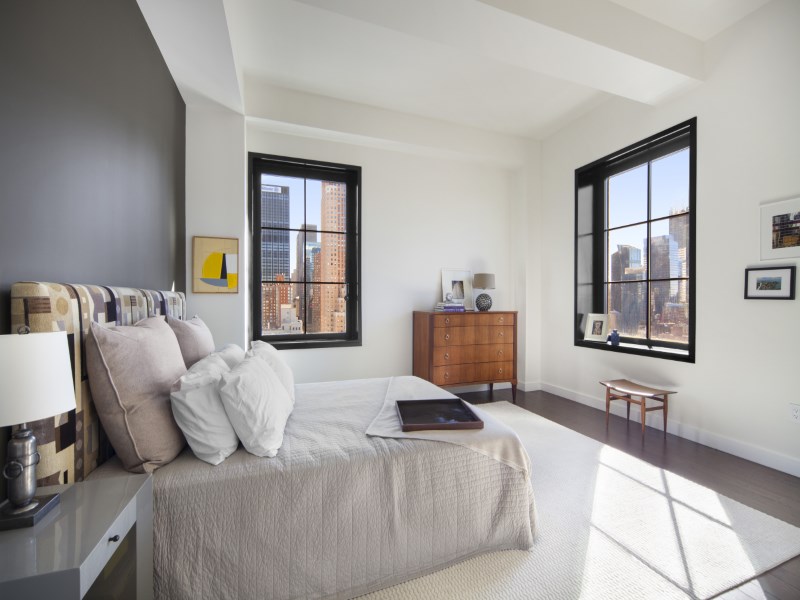 One of the guest bedrooms.
Sotheby's International Realty
Advertisement 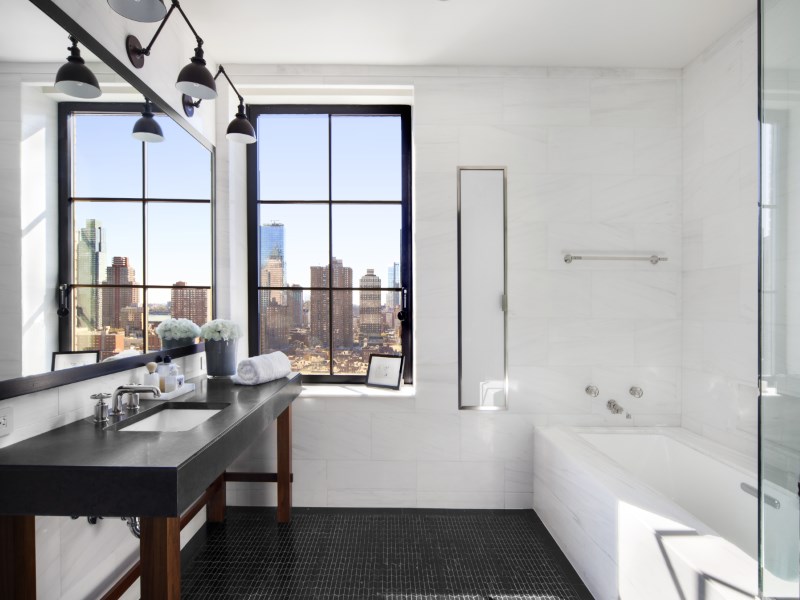 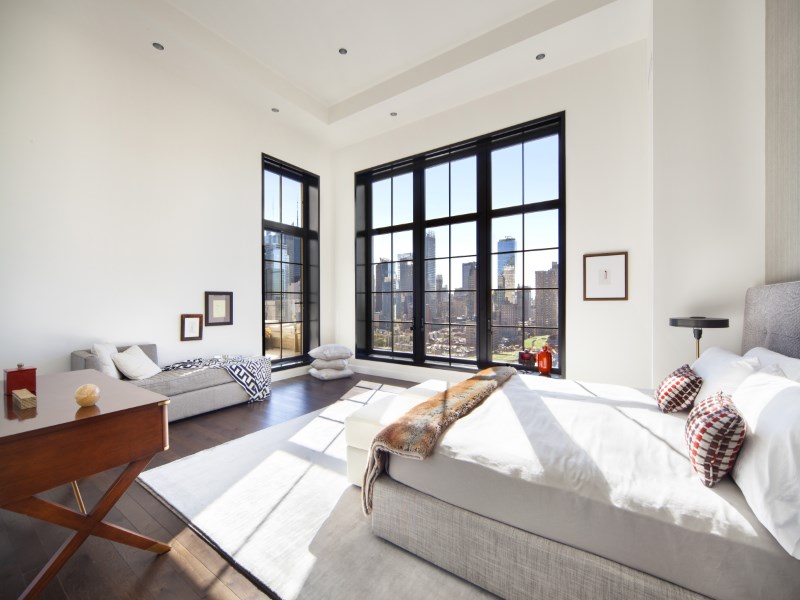 The master suite is on the second level.
Sotheby's International Realty 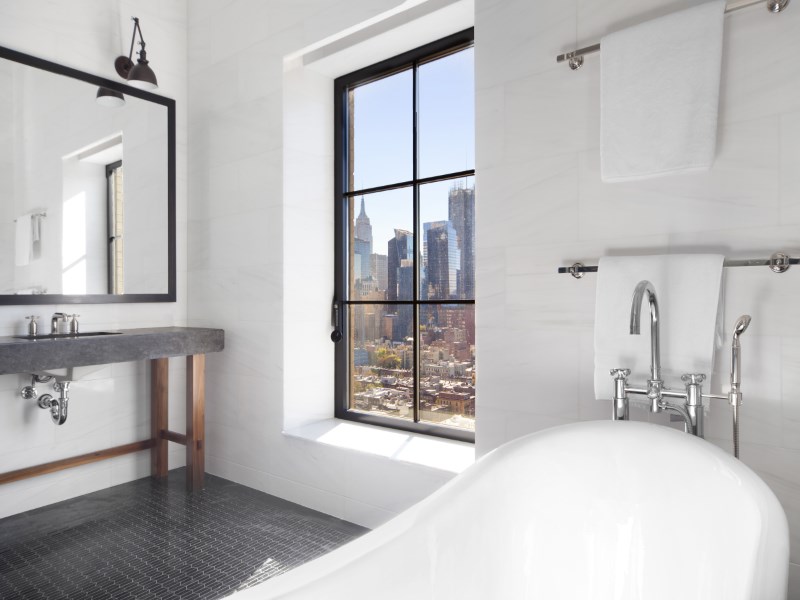 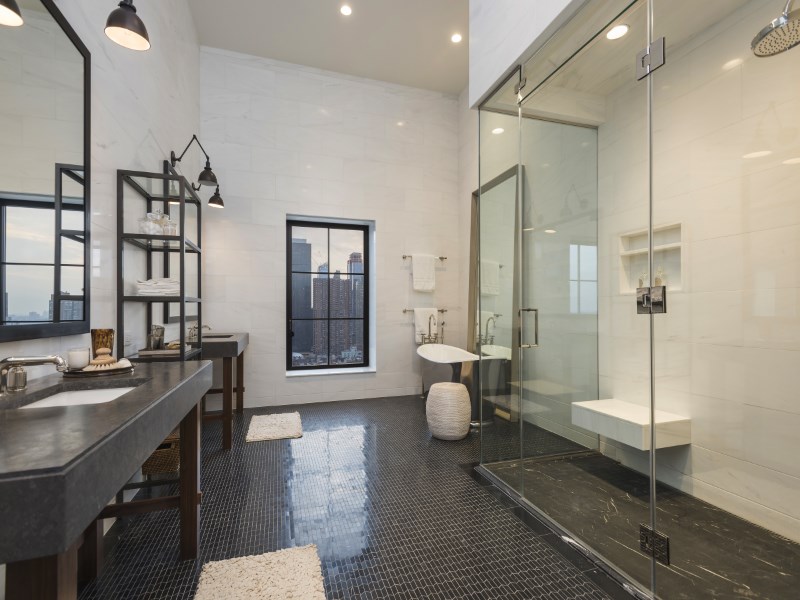 A steam shower and soaking tub in the master bath.
Sotheby's International Realty 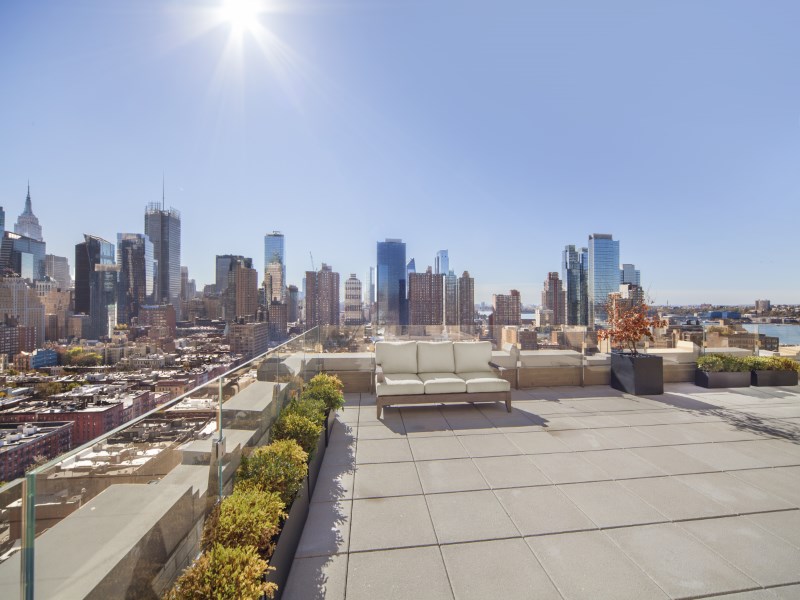 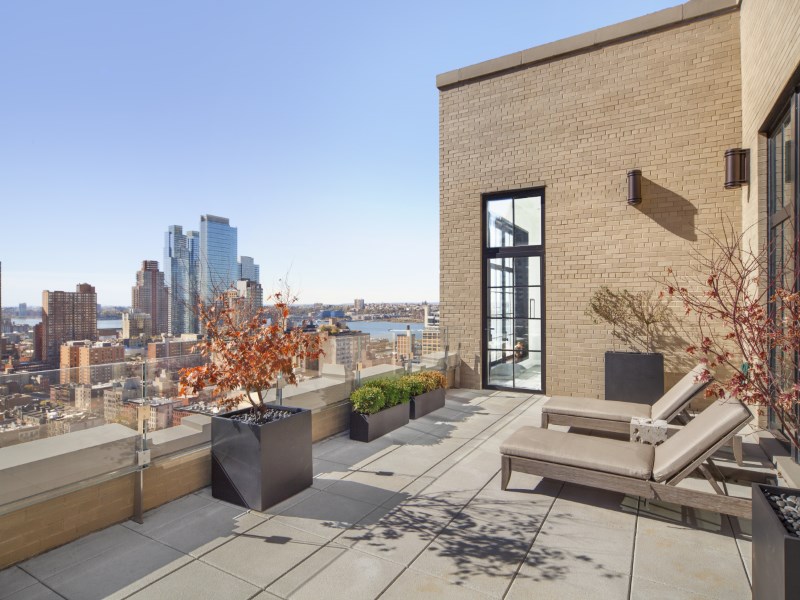 The outdoor space is accessed from the second level.
Sotheby's International Realty
Advertisement 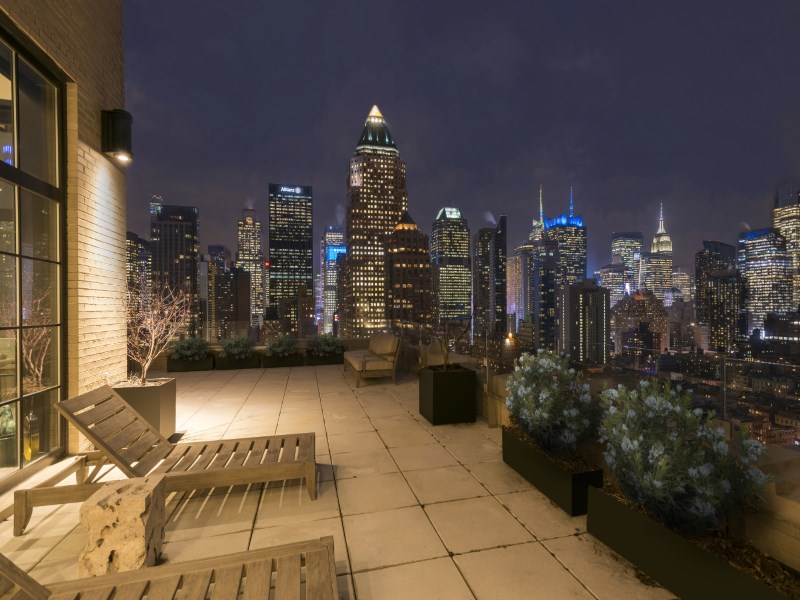 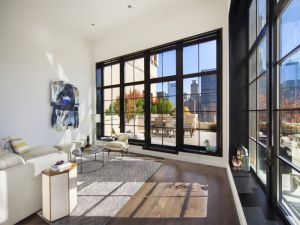 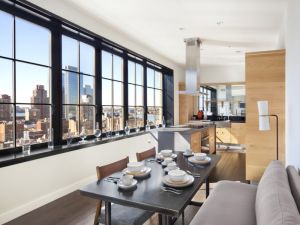 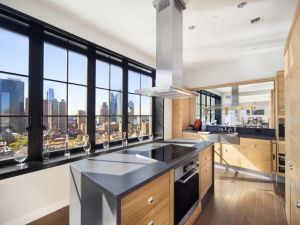 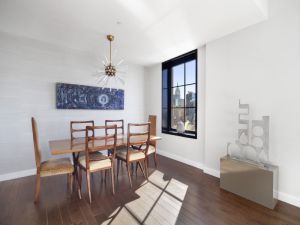 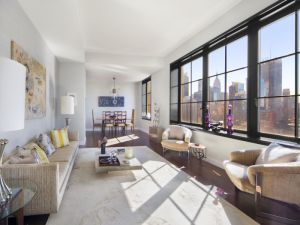 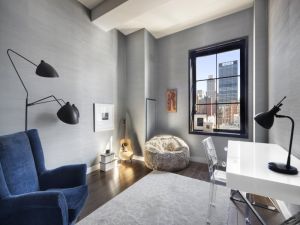 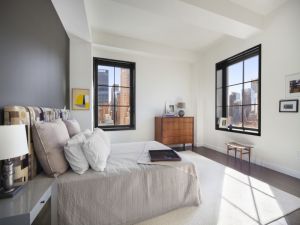 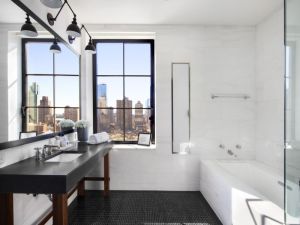 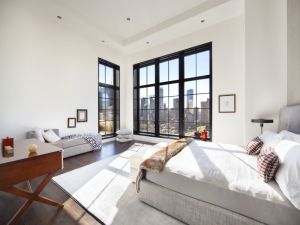 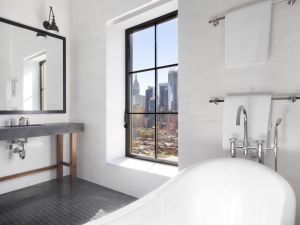 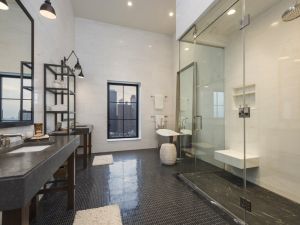 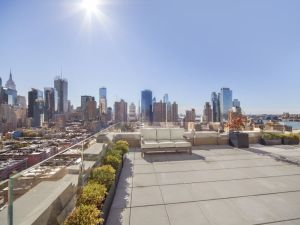 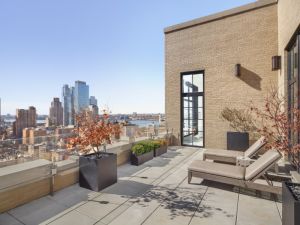 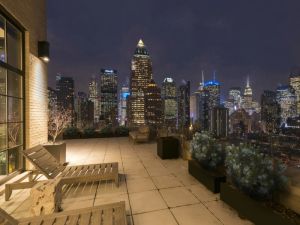 The Daily Show host Trevor Noah is moving on up at Stella Tower.

The South African-born comedian was renting a 2,000-square-foot condo at 425 West 50th Street for $15,000-a-month in September last year. Noah, who took over as host of the Daily Show in 2015, after Jon Stewart left, must have been quite taken with the Hell’s Kitchen building, considering he just doled out $10 million for a sleek duplex penthouse, according to the Wall Street Journal.

His new 3,596-square-foot apartment, which takes up the 17th and 18th floors of the tower, is a serious upgrade. Maybe he was enticed by the discounted price—it was originally listed for nearly $13 million in March 2016, but was most recently asking $11.5 million.

There are 14-foot ceilings and custom oak flooring throughout the three-bedroom, 3.5-bath abode, as well as a wall of oversized windows in the dining and living room. The eat-in kitchen is equipped with all Miele appliances and polished concrete countertops, says the listing shared by Sotheby’s International Realty brokers Chris Poore and Eyal Dagan.

An internal staircase leads to the master suite floor on the second level, comprised of a sitting area with a wet bar, where one can access the 934-square-foot private terrace. The master bedroom features double-height ceilings, a walk-in closet and a luxe bathroom with a glass-enclosed steam shower, cast iron soaking tub, double sinks, steel vanities and marble radiant heated floors.

Noah is the latest in a number of television hosts making real estate moves, including Shep Smith, Mika Brzezinski and Don Lemon. He’s chosen a different neighborhood than the rest, though Hell’s Kitchen seems like it’s getting its share of celebrity denizens; Sports Illustrated model Nina Agdal is reportedly renting a studio just a few blocks away.