A growing body of research has shown the power of entrepreneurship to help solve the economic problems of disadvantaged groups such as women, immigrants and racial and ethnic minorities.

This finding can be traced to a longstanding vision of entrepreneurship established by black Americans as a means of supporting their community and overcoming discrimination. The tradition enjoys enduring popularity as contemporary social surveys commonly report that more African-Americans regard self-employment as a desirable occupation than other racially defined groups.

Yet despite their commitment to entrepreneurship, blacks continue to have lower rates of self-employment than whites and other groups. The self-employment rate for unincorporated white-owned businesses was 6.9 percent in 2015, almost double the 3.6 percent for black-owned ones, according to the Bureau of Labor Statistics. Moreover, black-owned businesses tend to be smaller, have fewer employees, generate less income and are generally less successful than those owned by whites.

Now that Republicans – who have long resisted efforts to pursue race-based policies aimed at supporting historically disadvantaged communities – control Congress and the White House, will those figures become even more lopsided as Donald Trump limits or ends affirmative action style policies that spurred big gains in the past? Or could “color-blind” pro-business policies such as reducing taxes and regulation lift all boats, including those of African-Americans, in equal measure?

To answer these questions, it helps to understand the reason black entrepreneurs are underrepresented in the first place. In a recent paper, one of us (Gold) examined common explanations for why this is the case.

While some researchers and pundits have, controversially, blamed a lack of work ethic or aptitude for the dearth of African-American entrepreneurs, such race or ethnicity-based explanations of human abilities have long been discredited in social science. More commonly, a broad consensus of research shows that a variety of race-based forms of discrimination and disadvantage have played a critical role in limiting blacks’ ability and opportunity to start their own businesses.

Even a century and a half after Abraham Lincoln freed the slaves, blacks continue to suffer a wide range of disadvantages. For example, blacks are commonly assigned lower credit ratings than whites who earn much less. Their neighborhoods are underserved by banks. In addition, black entrepreneurs are often excluded by racial barriers from networks that business owners rely on to get to know each other and exchange referrals, information and investment opportunities.

This has meant that blacks generally lack the resources, such as investment capital, education and previous work experience, needed to achieve entrepreneurial success.

Based on these findings, government policies that sought to encourage the growth of black entrepreneurship have commonly done so via affirmative action to compensate for this unique legacy. These included training and loan programs and requirements that government contracts reserve a fraction of work for minority-owned businesses.

However, affirmative action policies that allocate governmental benefits on the basis of race, ethnicity or gender have been controversial, to say the least. They have been attacked by conservative politicians with legislation, social movements and court decisions.

Since the 1990s, the anti-affirmative action movement used state electoral initiatives to appeal directly to resentful white male voters – a group that became a key Trump constituency. The strategy led to the implementation of anti-affirmative action laws in several of the country’s largest and most diverse states. From 1996 to 2010, California, Washington, Michigan, Nebraska and Arizona all passed such laws.

Among other factors, reductions in government and private sector support for minority entrepreneurship coincided with the decline in the number and profitability of black-owned businesses.

Now that Trump occupies the White House and Republicans enjoy majorities in both the House and Senate, indications are that the new administration will withdraw support from affirmative action and other race-based policies that encourage black entrepreneurship. In 2015, candidate Trump asserted that “I don’t think we need it (affirmative action) so much anymore.”

So what does this mean for black self-employment?

For a start, it probably means African-Americans will no longer be able to access affirmative action policies to help them overcome their disadvantages in starting or running businesses.

On the other hand, however, black entrepreneurs may benefit from the Trump adminsitration’s promised creation of a social and economic climate conducive to business growth via pro-business policies such as lowering taxes and reducing regulations. In addition, Trump aims to invest extensively in infrastructure spending and revitalize American manufacturing.

At least in theory, these pro-business policies could benefit black entrepreneurs – alongside everyone else. Infrastructure investments and boosting manufacturing may be significantly beneficial to African-American entrepreneurs, especially if such contracts are distributed in a manner that matches these entrepreneurs’ skills and abilities. Historically, African-Americans have been active in manufacturing, albeit as workers rather than business owners. However, given their familiarity with this industry, the growth of manufacturing might yield special benefits.

Of course, the potential benefits received by black entrepreneurs under Trump’s economic policies depend on how these activities are organized and funds allocated. For example, will small businesses get a generous share of the contracts compared with large companies, few of which are owned by African-Americans? (Virtually all black-owned businesses are small in size.)

A test of ‘color-blind’ policies

All in all, this will be a test of whether the benefits of pro-business policies that don’t favor a particular group or race end up boosting black economic activity. Historically, as the data show, this has not been the case thanks to the legacy of discrimination, from slavery to Jim Crow to modern-day prejudices in the financial system.

If the pro-business environment is set up in a way that facilitates the growth of black entrepreneurship, the benefits of these policies should be evident in due time. Results could then support the virtuous circle that leads to increased earnings in black communities, which in turn spurs greater patronage of and investment in other black-owned businesses.

However, if entrepreneurial growth is negligible, then we may conclude that pro-business policies of the sort that were created by the Trump administration are insufficient to allow for the fulfillment of African-Americans’ longstanding desire to create a viable business community. 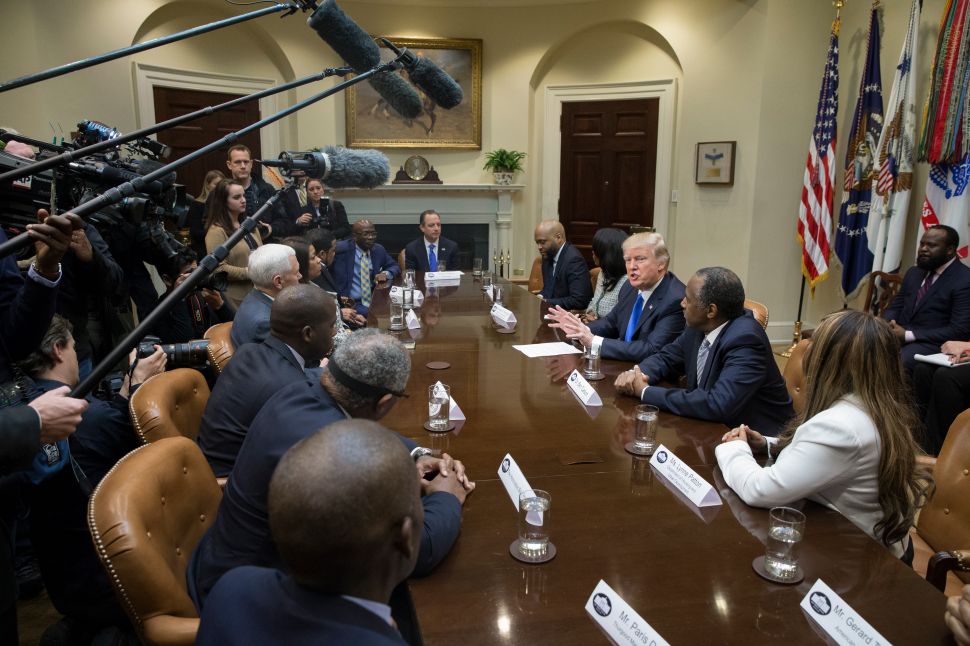